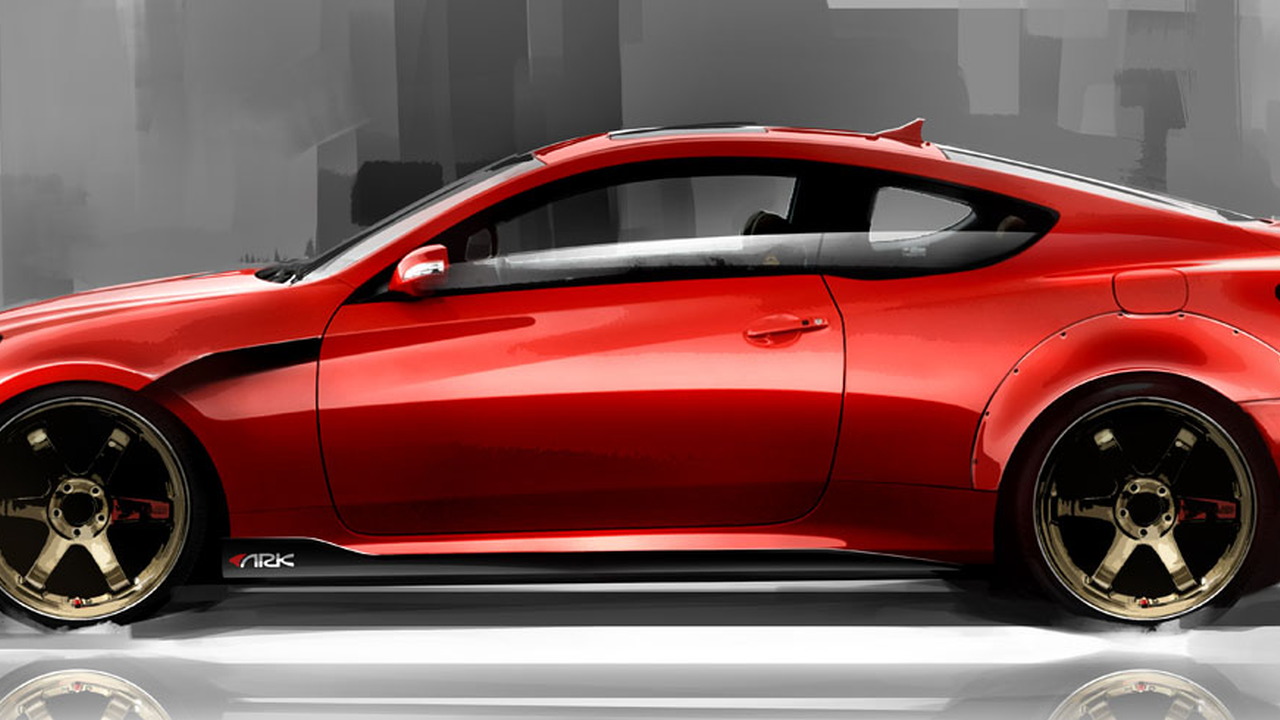 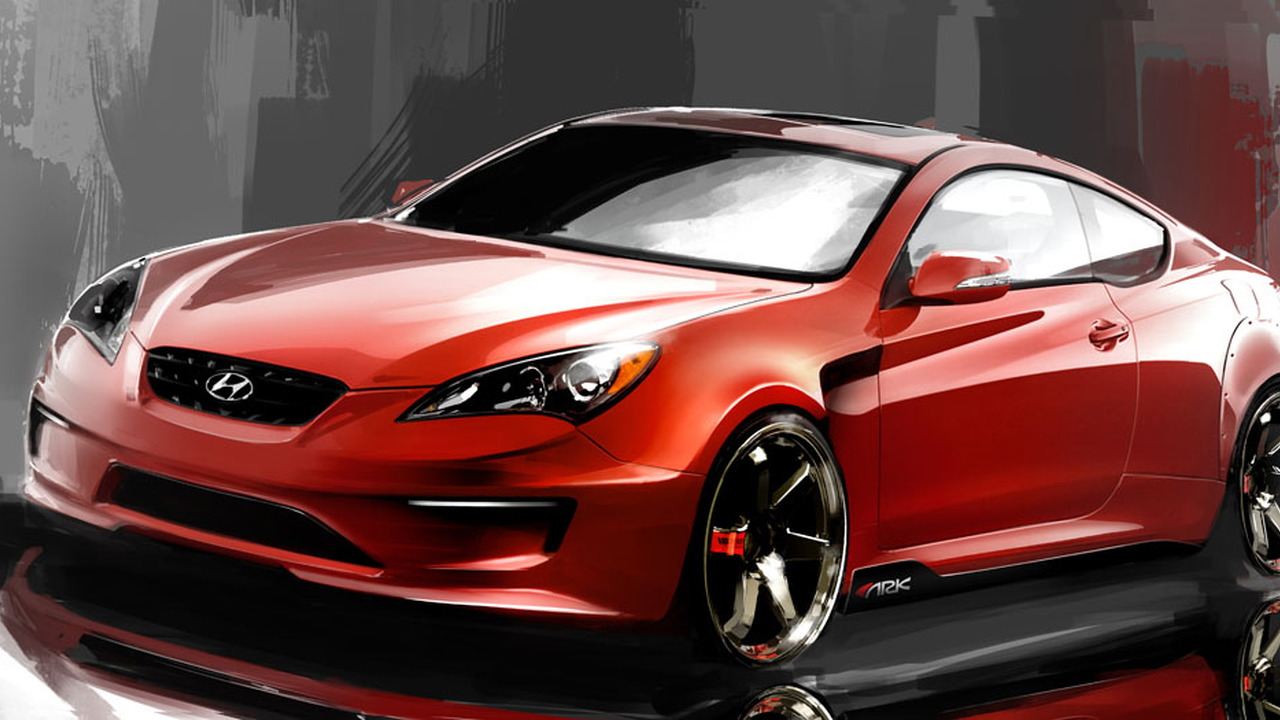 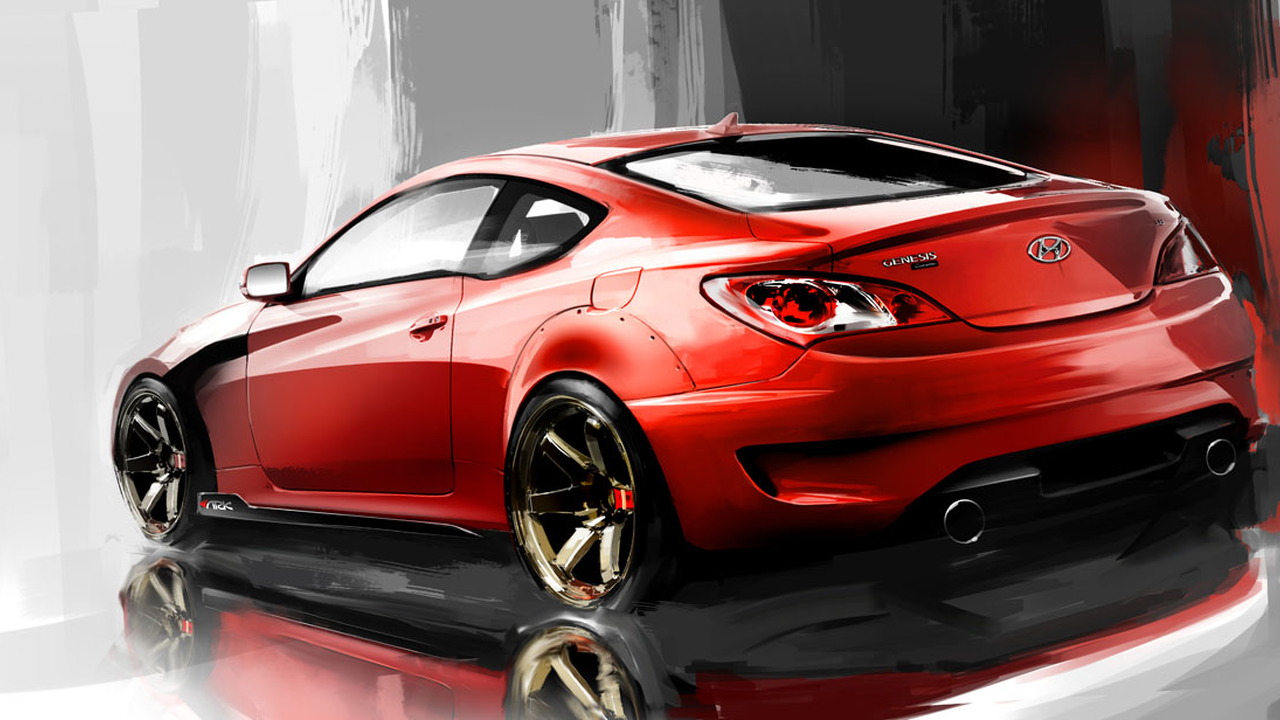 The 2010 SEMA show comes to Las Vegas at the end of October, but Hyundai's getting ahead of the aftermarket action by releasing these sketches of its Genesis Coupe, as re-envisioned by ARK Performance of South Korea.

ARK's Genesis kit takes the basic 306-horsepower, 3.8-liter V-6 found in the Coupe and drills it out to 450 horsepower through Mahle pistons, Brian Crower connecting rods, an APG supercharger with intercooling, and ARK dual exhausts and a high-flow intake manifold.

ARK anti-roll bars and new control arms will be fitted to the SEMA car. Brembo brakes with stainless lines are in the concept-car plan, too, as is a Clutchmaster Stage 4 kit, Toyo tires and superlight VOLK wheels.

Exterior trim will include front and rear dams, new fenders and a wing from ARK. Inside the Genesis Coupe, SEMA showgoes will see an iPad mounted in a custom integration kit; an Infinity sound system; racing harnesses; a Sparco steering wheel; and and Bride Zeta 3 "hyper-red" seats.

Genesis Coupe product manager Mike Deitz says the ARK parts are the next step in moving Hyundai's own 3.8 R-Spec coupe into the performance ether of Mustangs, Camaros and Challengers. They're "what SEMA is all about," he says in a release.

The paint scheme for the SEMA concept will be the handiwork of Hyundai's own designers, working from their campus in Irvine, Calif., with graphics by JsDesigns.