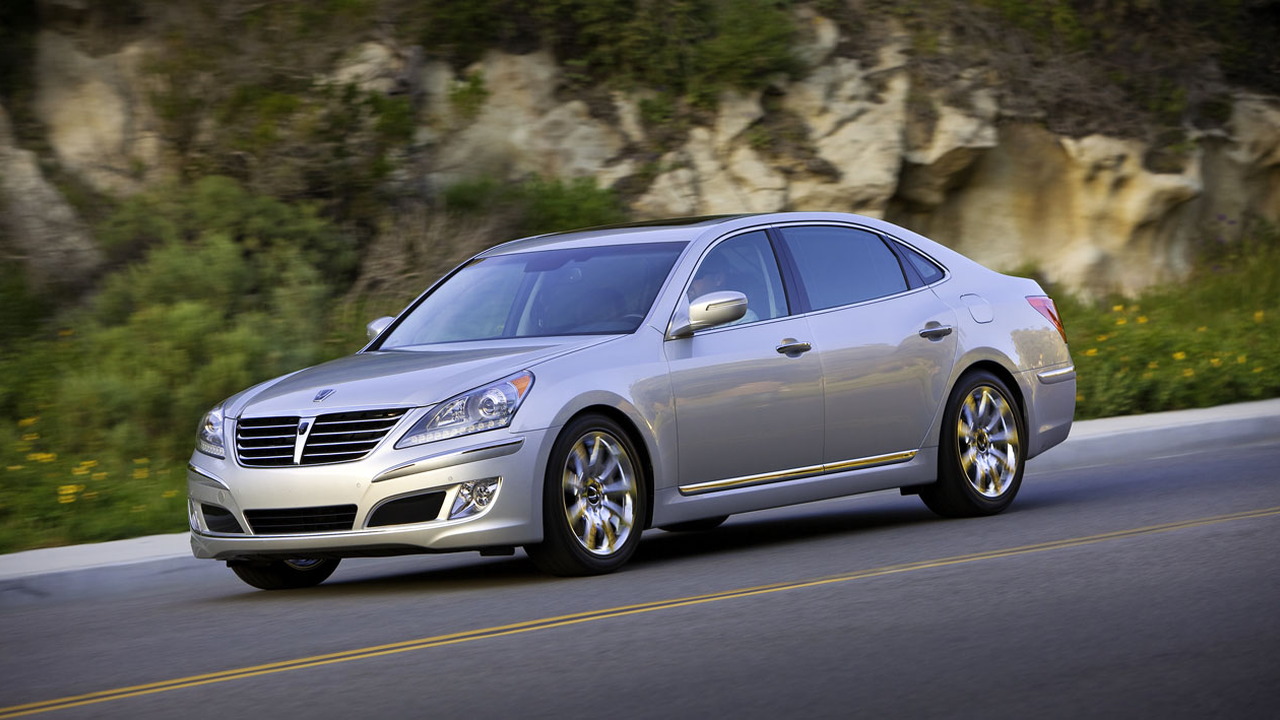 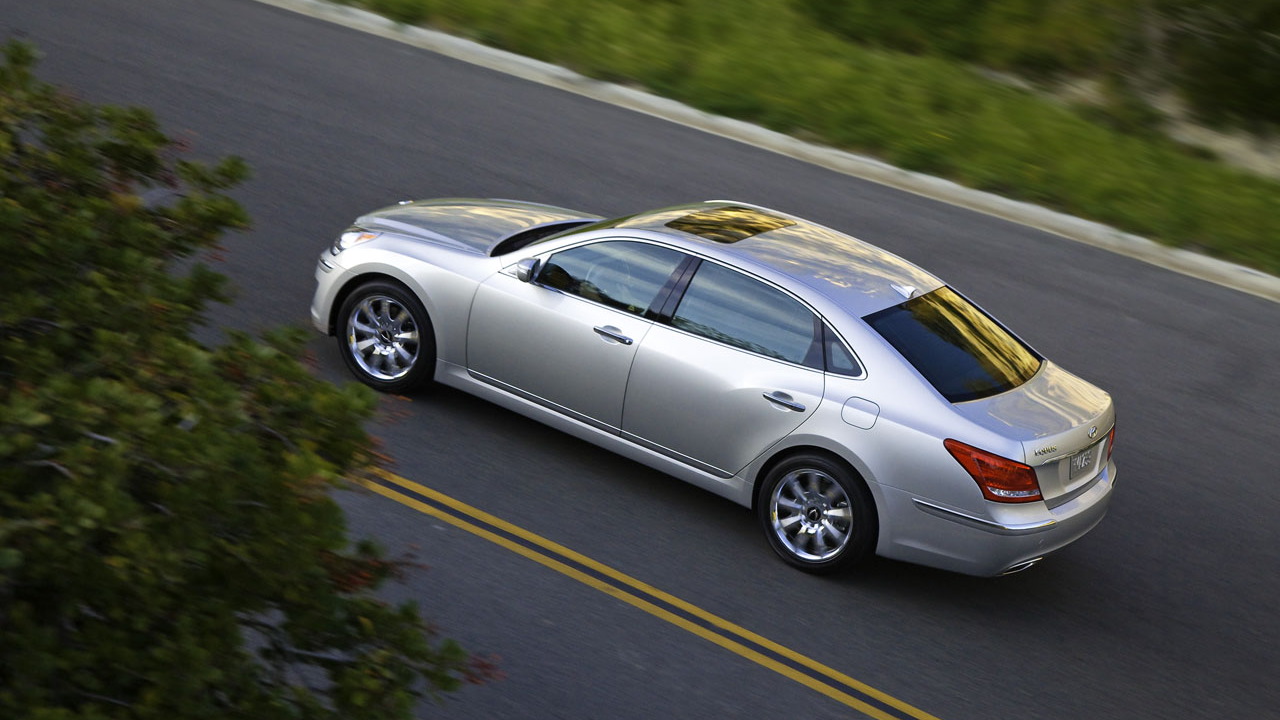 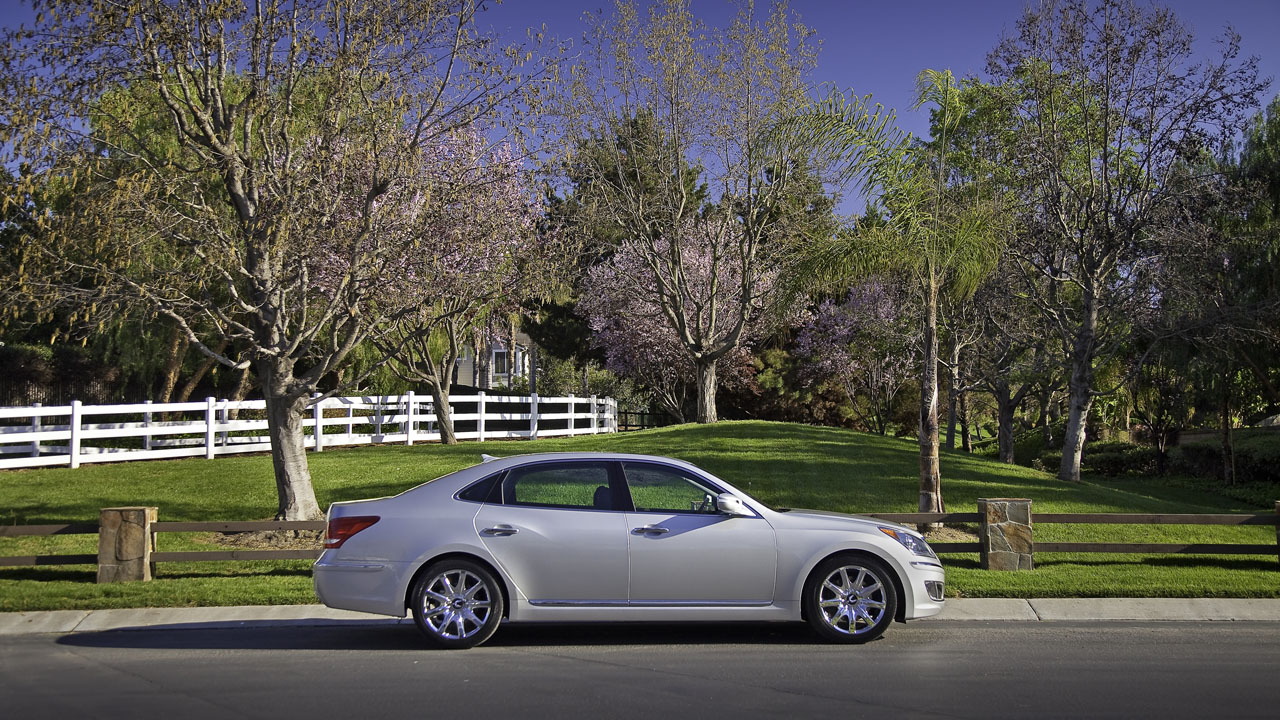 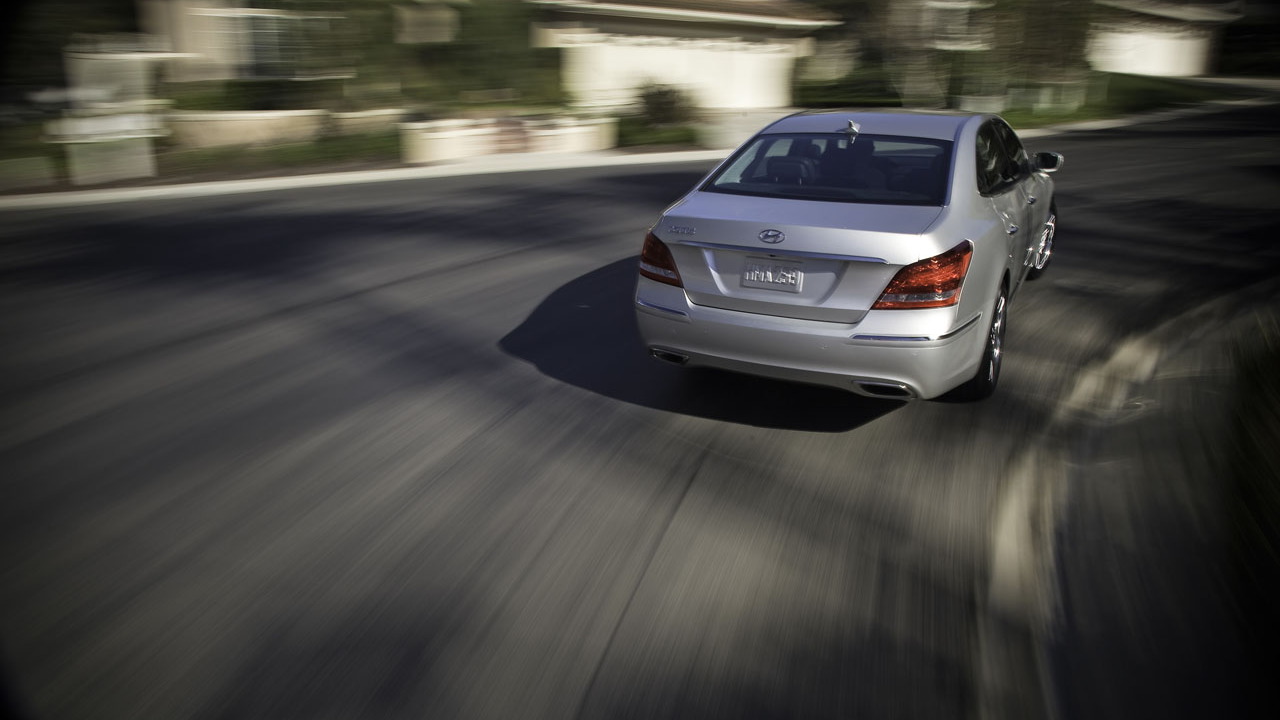 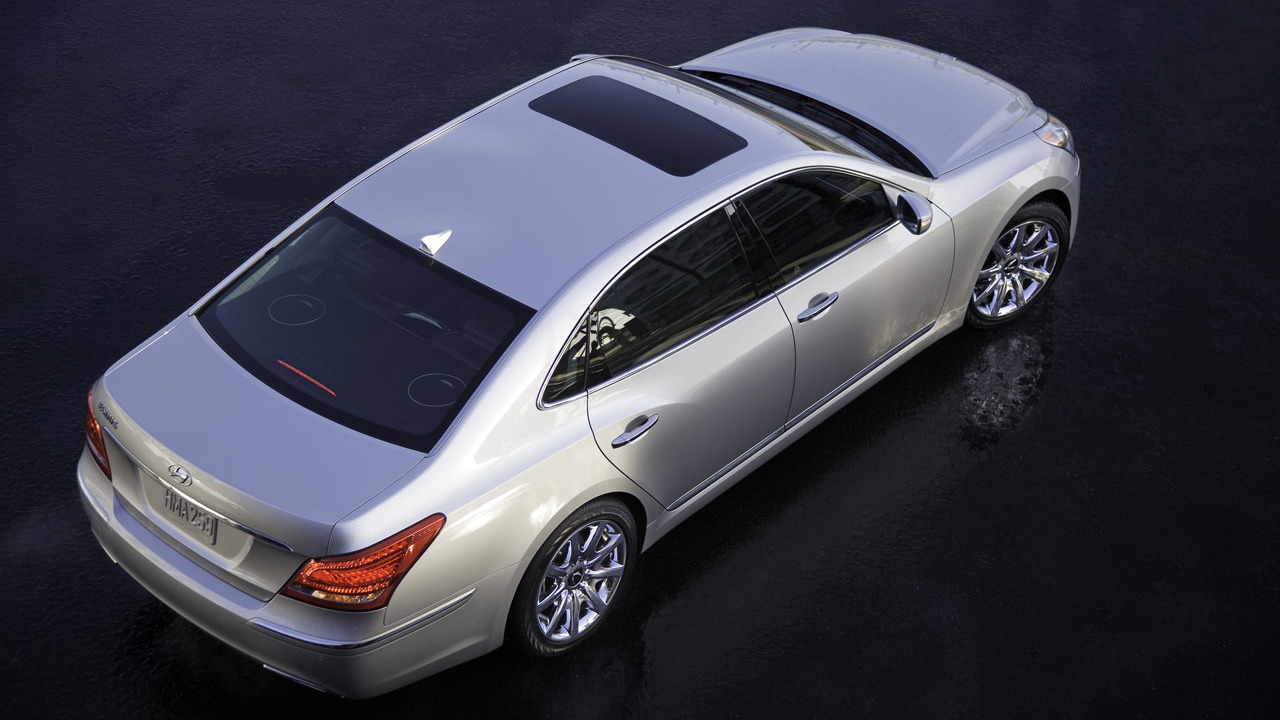 As you've seen across the High Gear Media empire of automotive Web sites, we've spent some quality time with the 2011 Hyundai Equus. In fact, we've driven it once in what was clearly "not a first drive" and then a few months ago in South Korea.

Now, we've had a shot at the final production Equus. The third time's definitely a charm, since the 2011 Equus has been tweaked to give it better handling, which in turn raises the stakes in the luxury bona-fides lottery.

We'll spare you the details of all that we've covered in TheCarConnection's full review of the Equus--we'll be updating that review with information from this drive--but to touch all the bases, we'll remind you that the Equus is Hyundai's rear-drive luxury sedan that's squarely aimed at the Lexus LS, the 2011 Infiniti M and the Lincoln MKS. At a base price of around $55,000, the Equus is a magnitude less expensive than the Benz S-Classes and BMW 7-Series sedans of the world, but it delivers the kind of luxury you'd automatically pitch in that competitive set--if it weren't for the old cultural biases that elevate German cars, sometimes without good reason, over the hoi-polloi-er brands.

The Equus still doesn't quite have the distinctive, instantly recognizable face that cuts across luxury radar, like the face on the 2011 Jaguar XJ or even the twin-kidney grilles of the BMW. But it's getting there. On longer exposure, the first glance at familiar cues--hints of E-Class and Lexus LS--in the Equus' details mutes itself, and you begin to see the upswept tail and tapered side glass a bit more. Hyundai's gained confidence in styling with the Sonata and the Genesis, and the Equus simply straddles a different point in time, since it's coming to the States essentially midway through its life cycle. The cabin is very much a convincing luxury piece, with similar Lexus cues but delicately applied subtext--like the winged metallic trim that surrounds the dash vents, and echoes the logo on the hood and on the big LCD screen during start-up.

Hyundai's changed the suspension settings noticeably since we last drove prototypes outside of Seoul, and it's entirely for the better. The 4.6-liter, 385-hp V-8 remains a good and faithful companion to hurtle to 60 mph in under 7 seconds, and the Equus lets in just the right kinds of noise and vibration so you're sure it's working underhood. The six-speed shifts willingly, too. It's swift and quick, and the 429-hp, 5.0-liter V-8 coming in spring will no doubt boost the performance score we give to the Equus over on TheCarConnection.

It's in handling that we had the slightest of qualms with the Equus: those early cars drove with less precision than the Lexus LS, and well off the pace of the BMW and Benz sedans. The Equus has seen some significant suspension tuning in the past three months--engineers describe shock and bushing changes in vague terms--but it's clear from a run across the Skyline overlooking HGM HQ in Palo Alto that the Equus can now rifle off switchbacks as well as or better than the Lexus, with some of the taut ride control of the bigger Bimmers and Mercedeses. The Equus' electrohydraulic steering is pretty lovely, too--it's the ideal blend of motors where they save energy and hydraulics where linear, consistent feel are required. The vagueness at traction limits from prior drives has gone away, and what's left is an appealing driving "smallness" that doesn't go harsh at all, even with 20-inch wheels and tires.

More time spent in the Equus' back seat uncovers just a detail or two. Hyundai's offering a reclining, massaging seat in back--but just one, on the passenger side. That's how most Korean customers would order it, as a chauffeur-driven car. It's also cover for the short-ish Equus' interior space. It's a large car, no doubt, but just not long enough in back-seat leg room to allow the kind of footrests and super-extendable rear seats you might order in a BMW 760Li. Trust us, you'll be fine with the ventilation and massaging, and the gentle power rake to the backrest.

We experienced the stunning sound quality from the top Lexicon audio option, and watched scenes from The Italian Job at speed. In retrospect, we'd love to see headrest-mounted monitors instead of the single screen that flips up at the back end of the center console. Looking down at the eight-inch screen would make us woozy after some of the back-road esses, if we were delicate flowers.

The last detail that needs attention--not ours, but from Hyundai engineers. It's that clever idea to pass out an Apple iPad with each Equus, to be used as the driver's manual and to connect with the Web to schedule service. A great marketing idea, but apparently it's causing some minor indigestion as the Equus gets closer to showroom reality in November. The issue: there are a few places in the cabin where the iPad can stay tucked out of sight, like the glovebox, the door pockets and the seatback pockets--but it's also a battery-powered device, which means it needs to be kept charged. Does that mean it gets a dedicated 12-volt outlet? The free iPad also is a WiFi model, when ideally, a 3G version would ensure owners stayed connected in almost all situations if need be. We'll wait to see how Hyundai resolves those questions, since I stupidly left mine in my backpack at the hotel no iPads were available to test out in the cars we drove last month.

In all objective ways the 2011 Equus gets the luxury job done. Image is an intangible that Hyundai can't conjure up with iPads and V-8 engines, though. Will celebrities like Ashton Kutcher and Demi Moore want an Equus? In an odd coincidence, the celeb power couple was checking in at the Palo Alto hotel that hosted our Equus drive. And though we didn't see them leave in one, maybe the Kutcher-Moores would no longer seem out of reach, now that Hyundai's assembled some star power of its own.