Dodge is spreading some of the SRT love with its 2019 Durango, which sees the run-of-the-mill Durango GT receive some sporty looks inspired by the fire-breathing Durango SRT.

The Durango GT could already be dressed up with the Rallye Appearance package introduced for 2018, but for 2019 it shares the aggressive front fascia as well as the LED fog lights you normally find on the SRT. A performance hood with center air inlet duct and two heat extractors similar to the one on the SRT can also be added to the GT for 2019.

Unfortunately, there aren't any SRT-inspired performance upgrades for the GT. Its 3.6-liter V-6 continues to muster 295 horsepower and 260 pound-feet of torque, good for a 6,200-pound tow rating. The sole transmission is an eight-speed automatic though buyers can choose between rear- and all-wheel drive.

Also added to the GT's options list for 2019 are new 20-inch wheel finishes, a 19-speaker Harman Kardon sound system, and a trailer brake. The latter requires the Durango's Trailer Tow package to also be fitted.

Inside, there are leather-trimmed seats with suede inserts as standard, along with available heated first- and second-row seating, a heated leather-wrapped sport steering wheel, and a power liftgate. 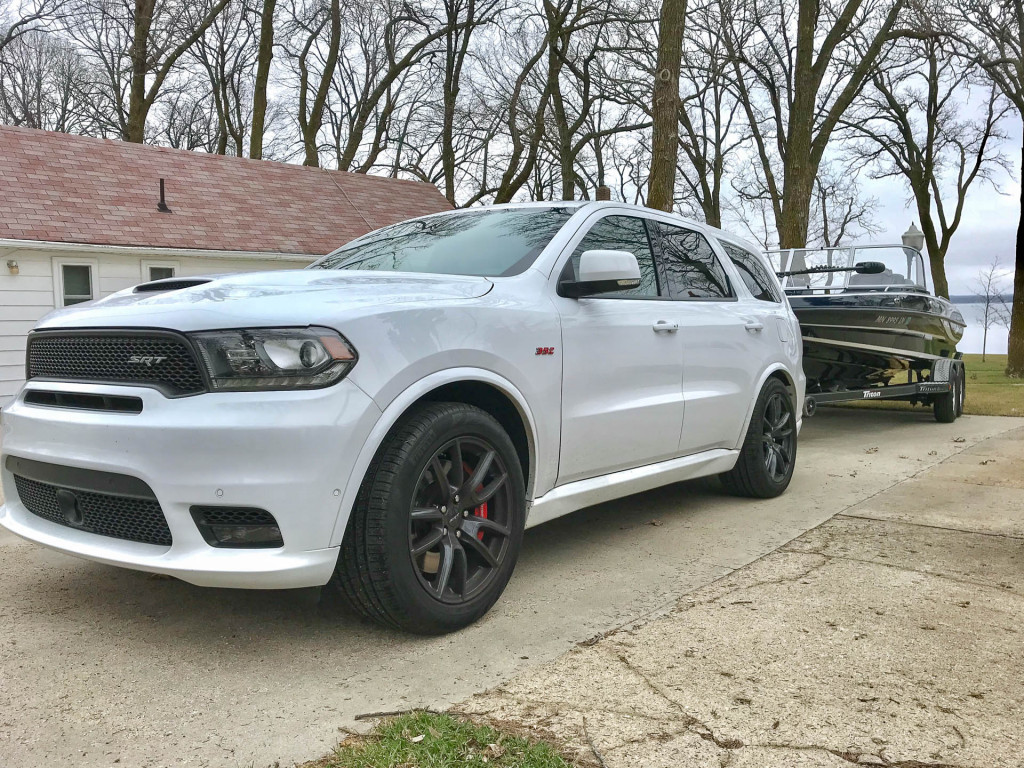 If it's actual performance you're after, the 2019 Durango retains the SRT model. It comes with a 6.4-liter V-8 delivering 475 horsepower and 470 pound-feet of torque to all four wheels, a combination good for 0-60 mph acceleration in 4.4 seconds, a quarter-mile time of 12.9 seconds, and a tow rating of 8,700 pounds.

The 2019 Dodge Durango lands in showrooms this fall priced from $29,995 before destination.