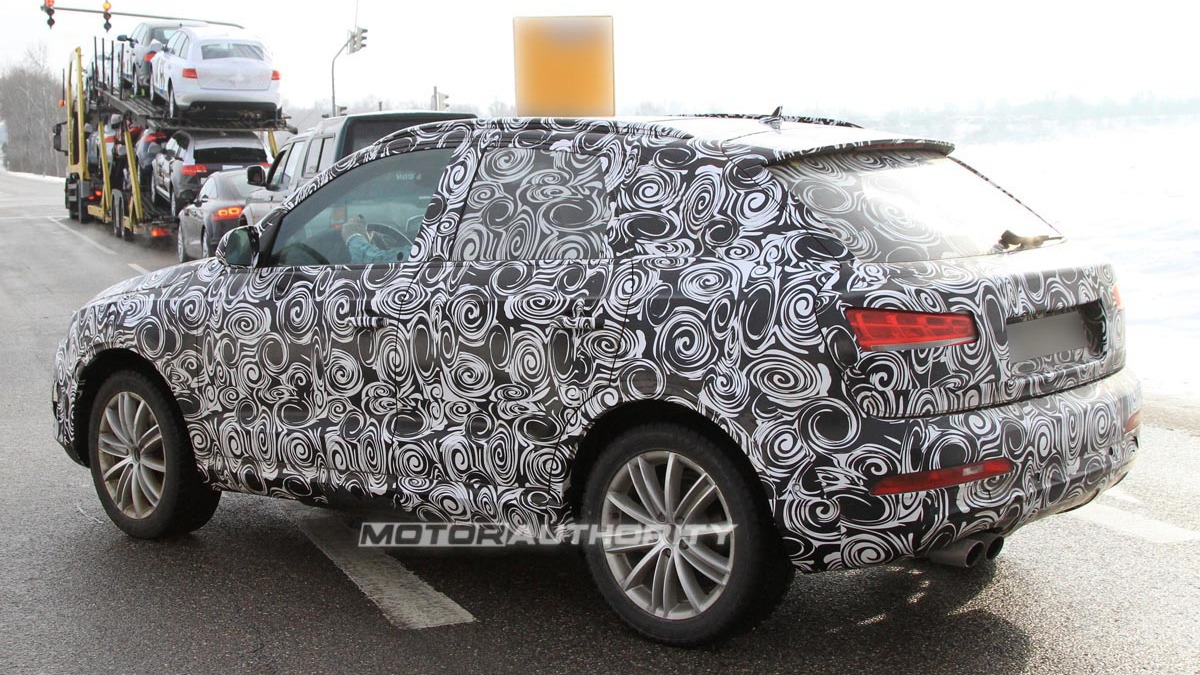 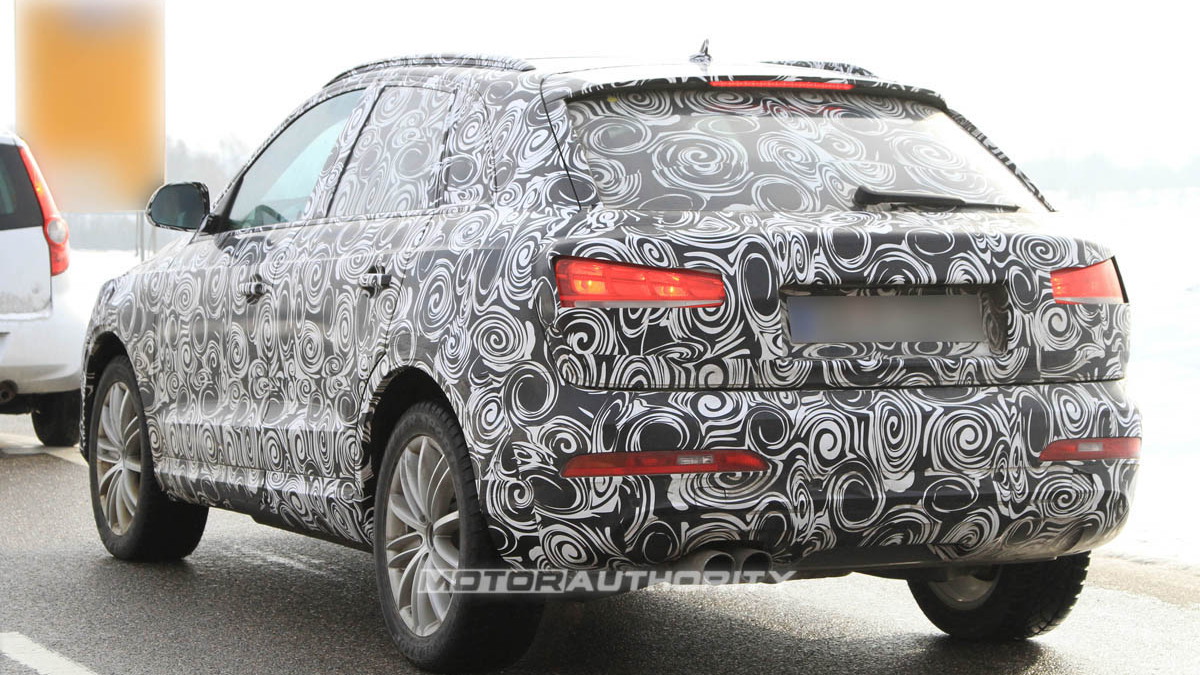 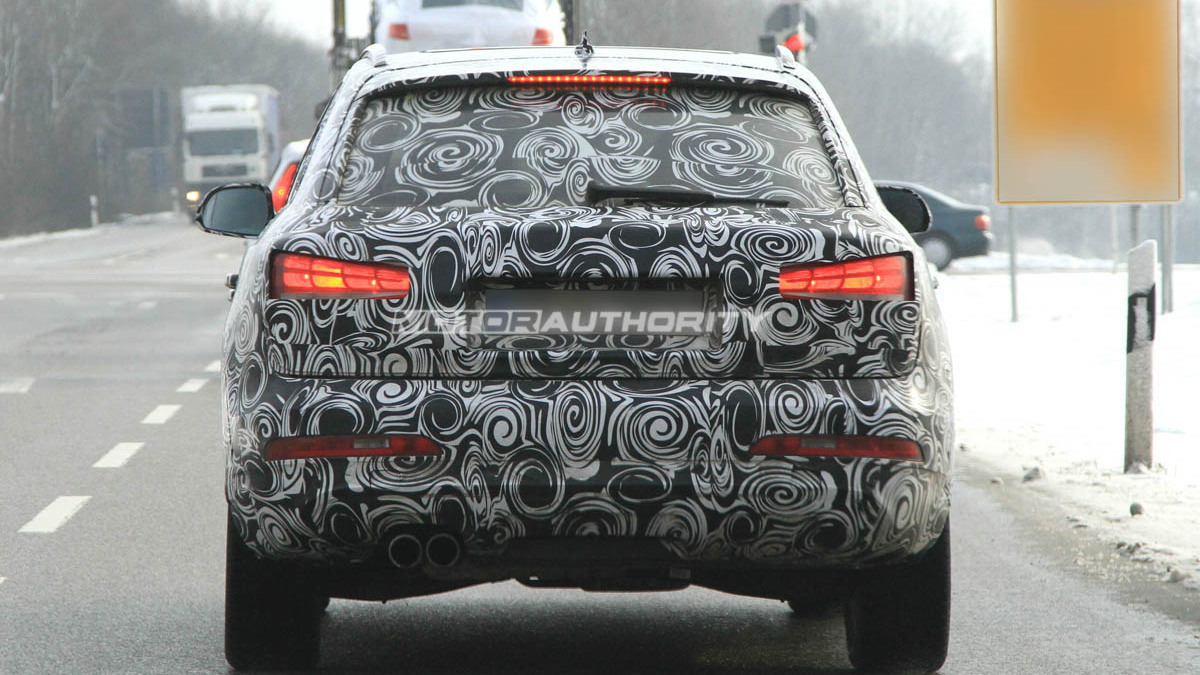 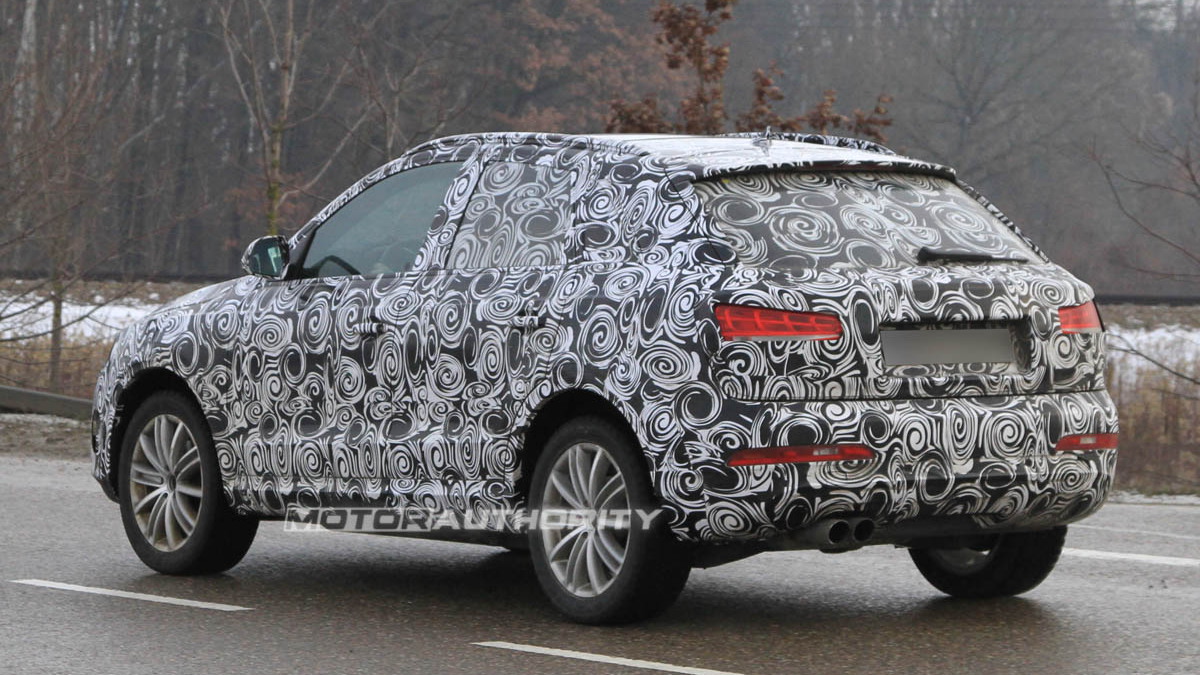 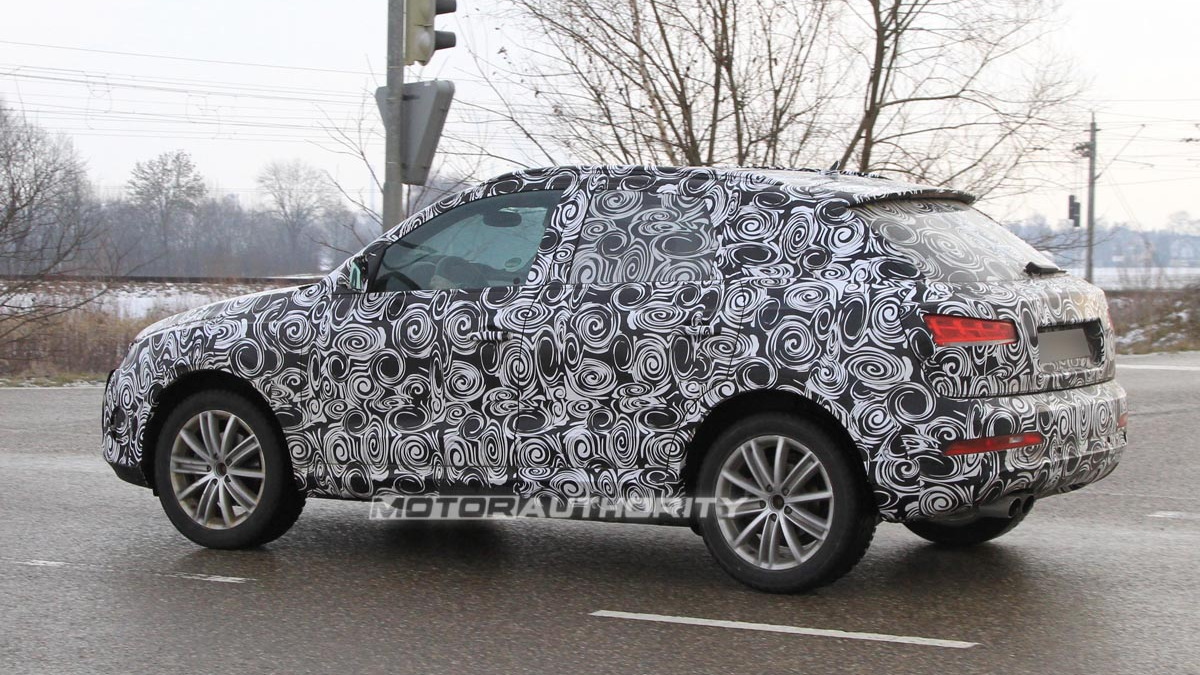 In response to shrinking sales of large SUVs in most parts of the globe, automakers are preparing a new generation of compact soft-roaders aimed at both the affordable and premium sectors of the market. We’ve already seen Ford release the Kuga crossover and Toyota add the Urban Cruiser to its lineup, and soon Audi will enter the burgeoning market with a new Q-car positioned below the mid-size Q5 SUV. Today, we bring you the first on-road spy shots of the 2012 Audi Q3.

The new compact SUV will be produced at a Volkswagen Group plant in Martorell, Spain this year. Audi will spend more than $400 million in preparing the plant for the production of the Q3, which will have a capacity of up to 80,000 units yearly.

The Q3 is described as a coupe-like five-door SUV with seat positions, wheel size, and ground clearance characteristic of a typical SUV. These spy shots of a very early prototype, revealed thanks to somebody carelessly forgetting to turn off the lights, confirms that a very coupe-like profile will be present on the car. Its styling will be heavily based on 2007’s Cross Coupe concept car and this included rendering shows designers will likely stick with the lines of the original show car.

Both three- and five-door variants are expected, and since it will almost certainly be based on the same PW35 platform as the Audi A3 hatch, it will likely share internals with it as well. Engines will include a 200 horsepower 2.0-liter TFSI, a 238 horsepower 3.0-liter turbodiesel and a 333 horsepower 3.0-liter supercharged V-6.

With BMW successfully launching its X1 and Range Rover launching the Evoque, Audi would be smart to introduce a new compact Q3 model. Look out for a reveal at the 2011 Geneva Motor Show next month.