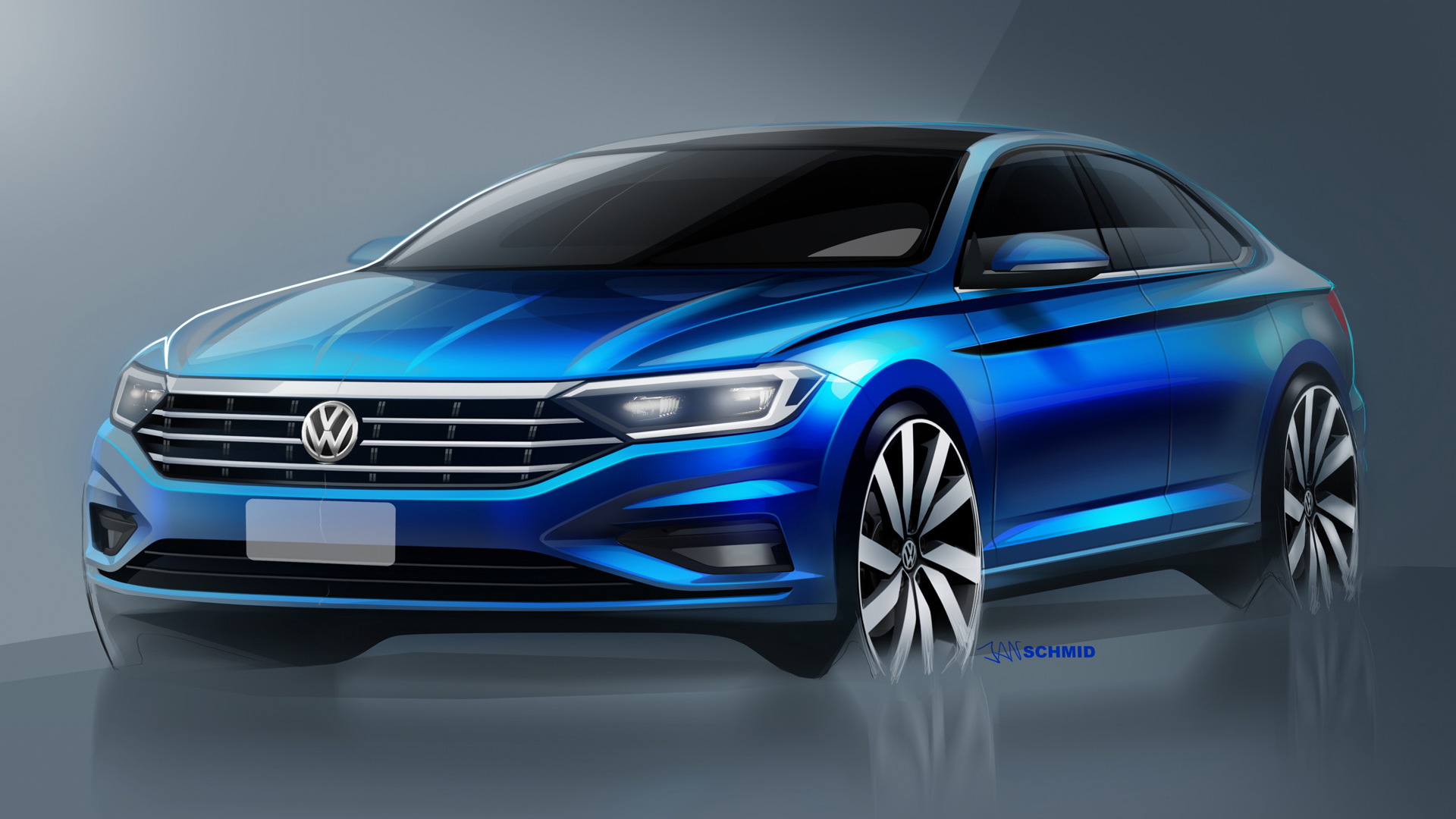 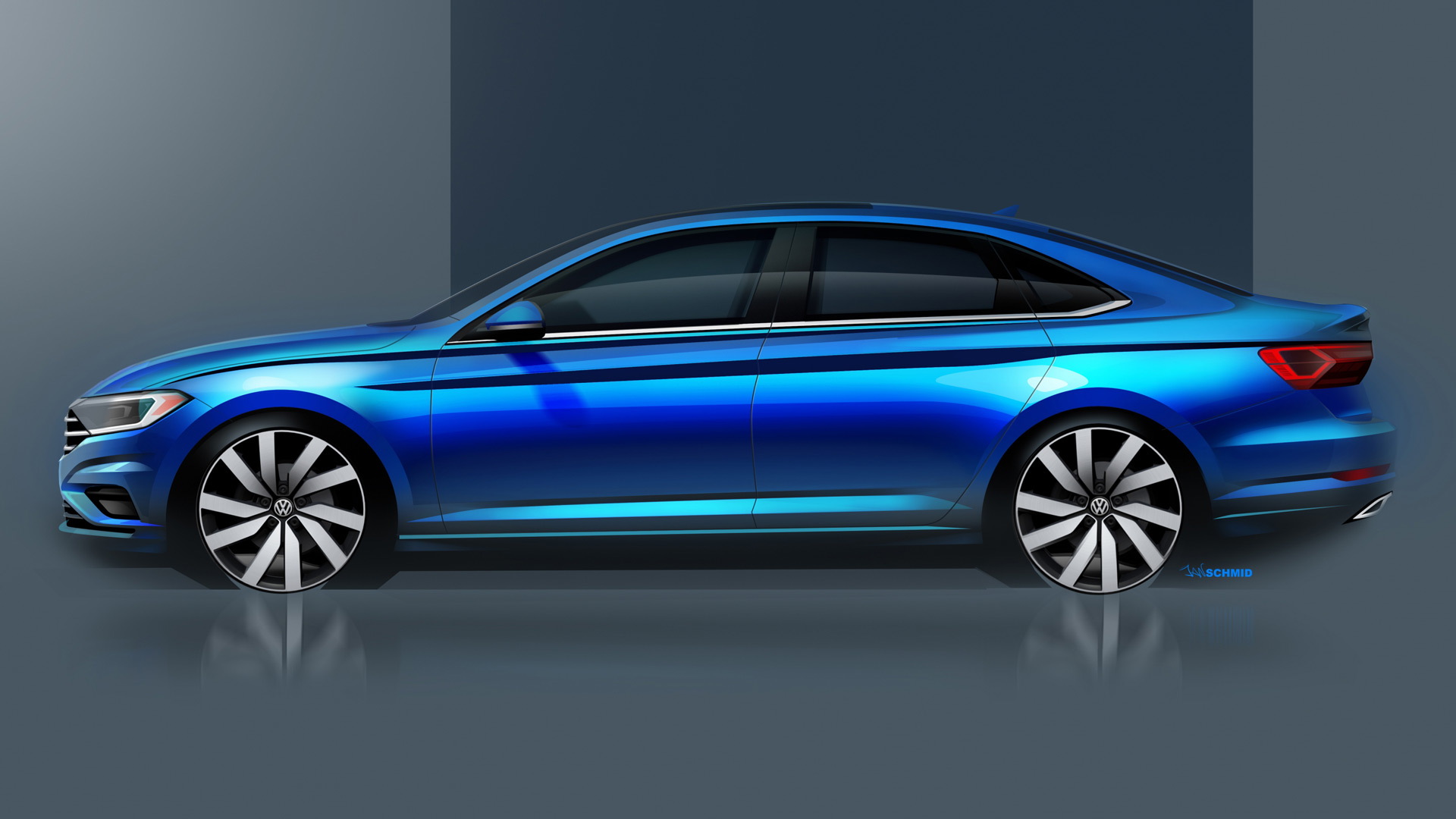 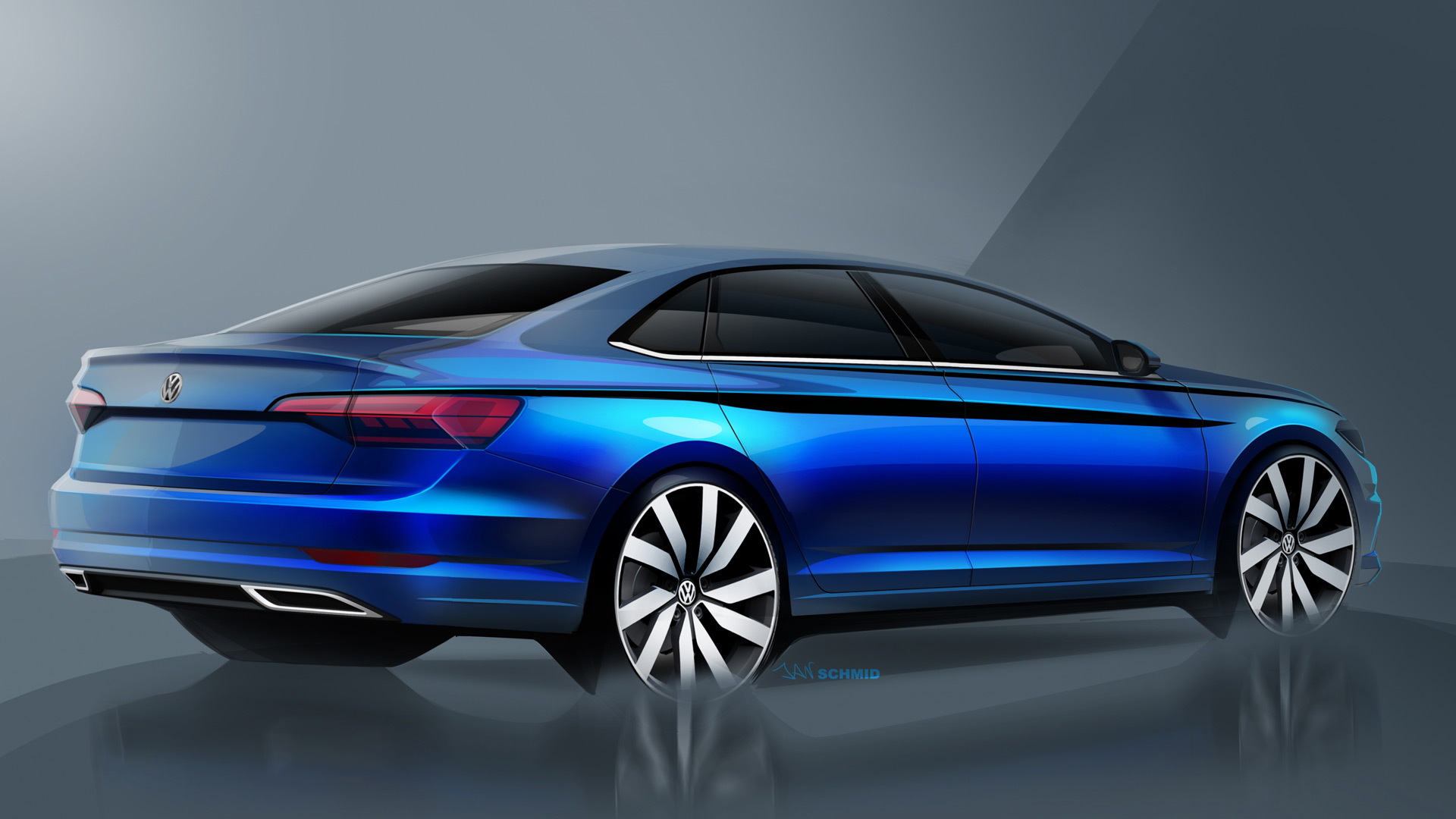 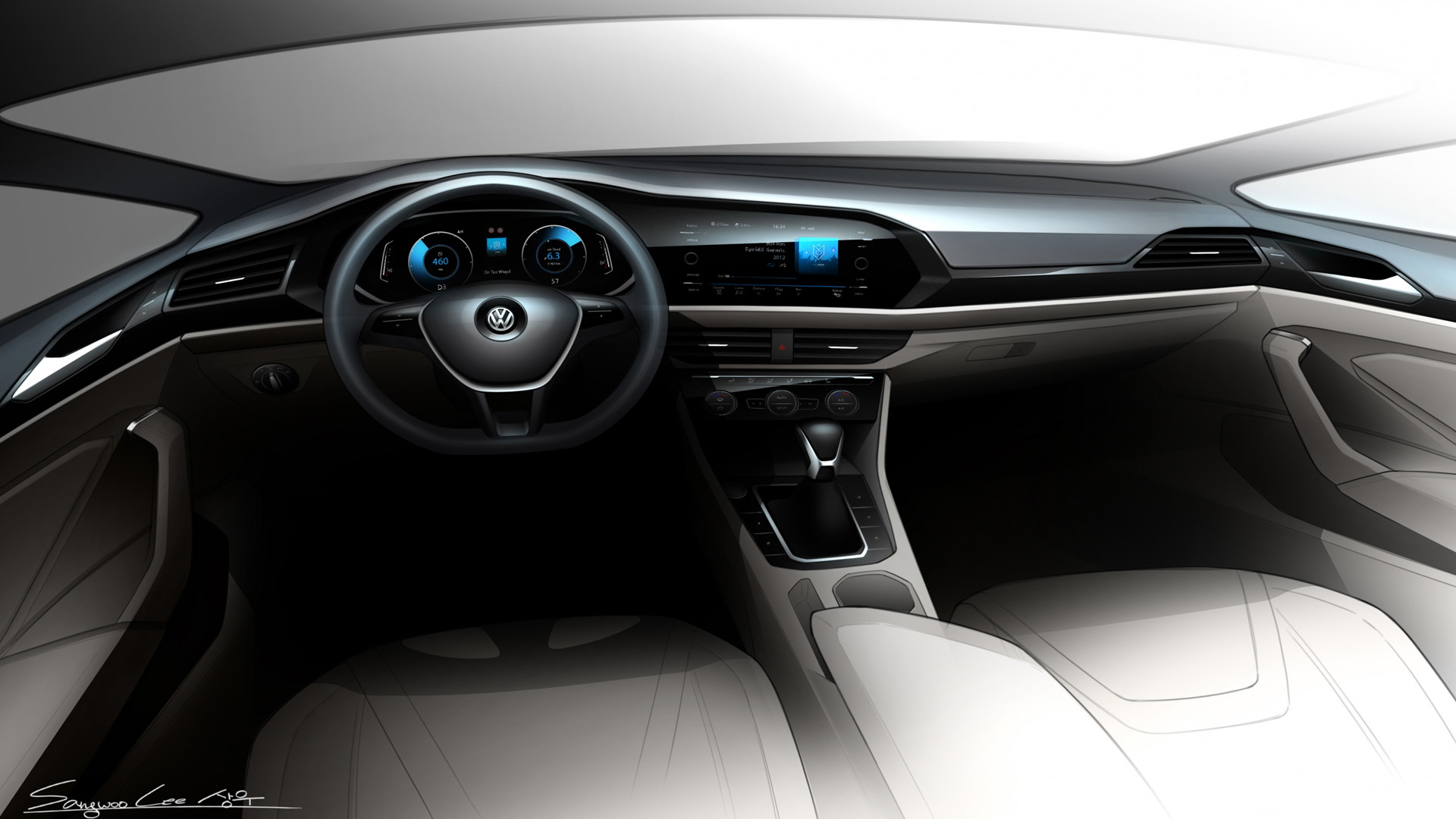 Volkswagen has given a hint at the final design of its new Jetta debuting next month at the 2018 North American International Auto Show in Detroit.

We recently had a chance to sample the 7th-generation model in prototype form and found it to be a solid drive but not particularly sporty. Hopefully the planned GLI model will address that issue.

These teaser sketches released by VW hint at a clean, almost technical look that portends the car’s German engineering. The design could almost be described as containing a sense of elegance, something you don’t normally find on a mainstream compact car.

We also have a look at the interior which features a unique design, albeit one with controls and other features positioned in a similar layout to what you’ll find in the related MkVII Golf. In particular, it appears that VW will be offering a digital instrument cluster in the new Jetta. It will likely be an available feature in higher trim models.

The new Jetta finally ditches the aging PQ35 platform which has been in use since the 5th-generation model. Underpinning the car will be the Volkswagen Group’s flexible MQB platform, which is also found in the Audi A3, a close relative of the new Jetta.

The new Jetta grows about two inches overall compared to its predecessor, and its wheelbase is 1.3-inches longer. It’s less than an inch wider, but a lower dashboard and reshaped seats make it feel wider.

Stay tuned for more details as we approach the North American International Auto Show’s January 14 opening day. To learn about some other vehicles set to appear, head to our dedicated hub.