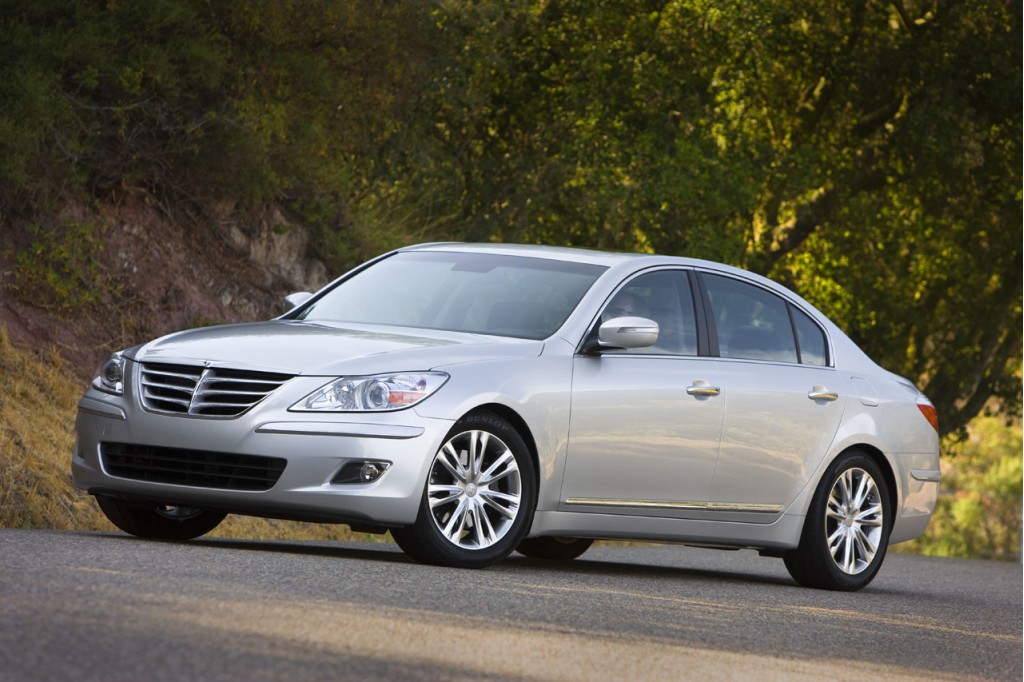 Just a decade ago you'd have been hard pressed to pick two brands farther apart in the spectrum of mainstream car making than Hyundai and Mercedes-Benz, but today the IIHS (Insurance Institute for Highway Safety) has named cars from both to its Top Safety Pick list for large cars: the 2010 Hyundai Genesis Sedan and 2010 Mercedes-Benz E-Class.

The Top Safety Pick designation only applies to cars built after January 2010 (Genesis) and March 2010 (E-Class), but puts those two in company with a largely American class. The other top picks for large cars are the Buick LaCrosse, Ford Taurus, Lincoln MKS, and Volvo S80.

Hyundai's march up the safety ranks is not a one-off, either; the 2011 Sonata gets the nod in the midsize segment as well, and sister company Kia puts both the Forte and Soul in the small car top pick category.

Mercedes-Benz is no stranger to strong safety performance either, having been a leader and innovator in the field for decades. The Mercedes-Benz C-Class is also listed in the Top Safety Pick category for the midsize class.

Looking at the details of the scores, the Hyundai Genesis Sedan gets top marks of "good" in all categories for models made after November, 2008, though the new roof strength rating--a requisite for Top Safety Pick honors--is only applicable to models made after January 2010. The Mercedes-Benz E-Class scores reflect a similar result, having earned top marks in all categories as of production starting March 2010. Previous 2007-2009 models only scored "average" in side-impact testing despite having standard side airbags.