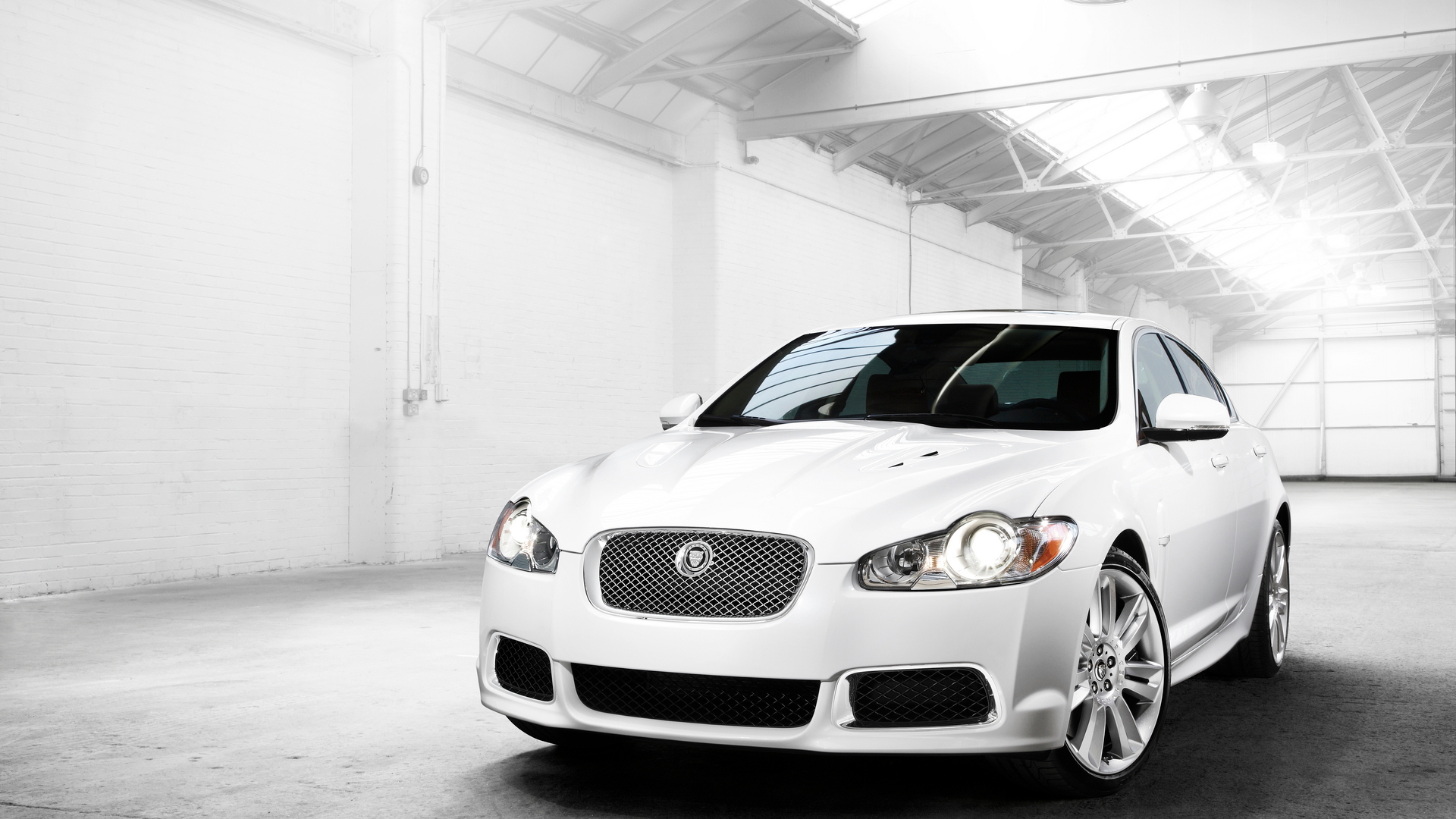 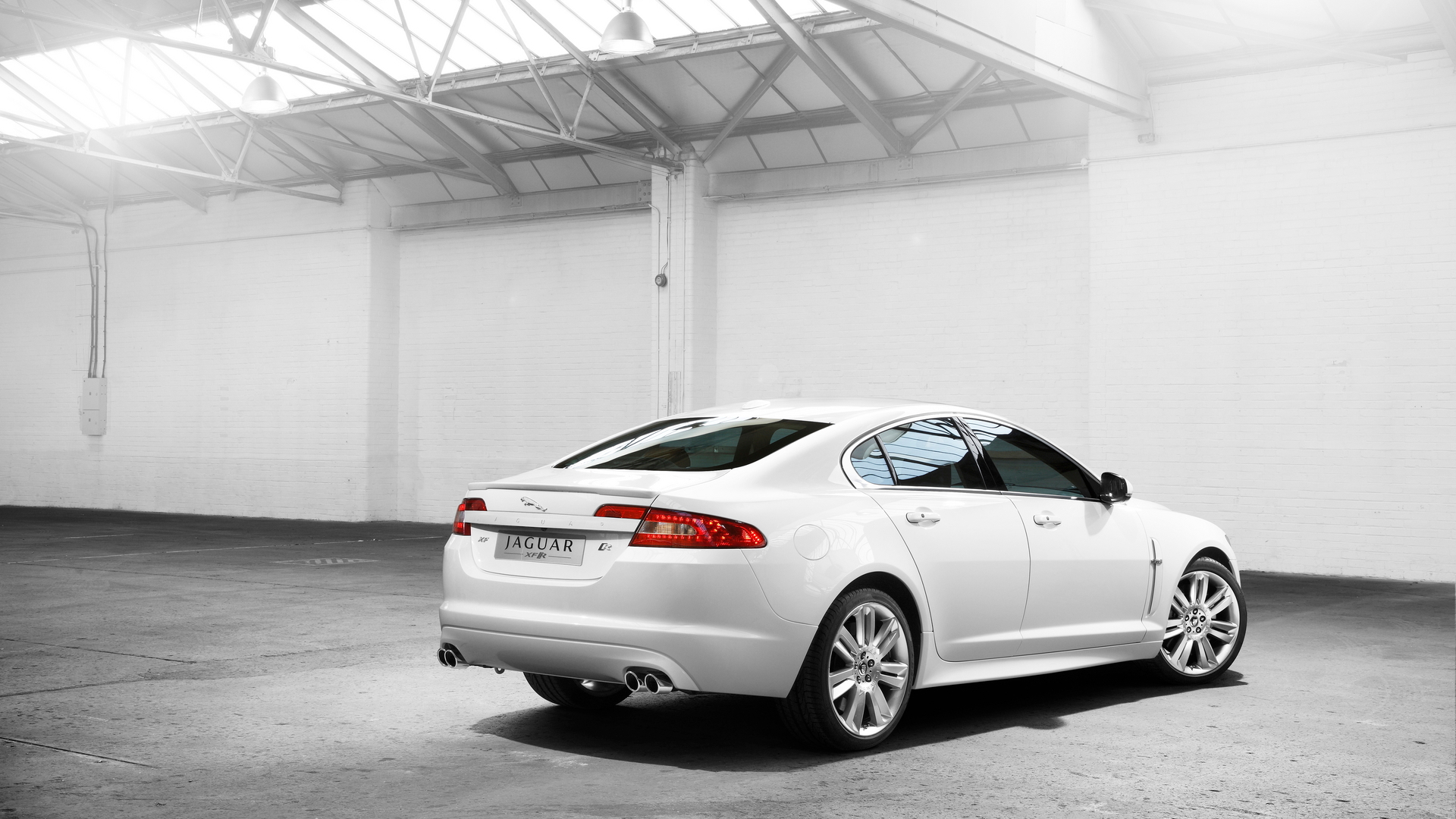 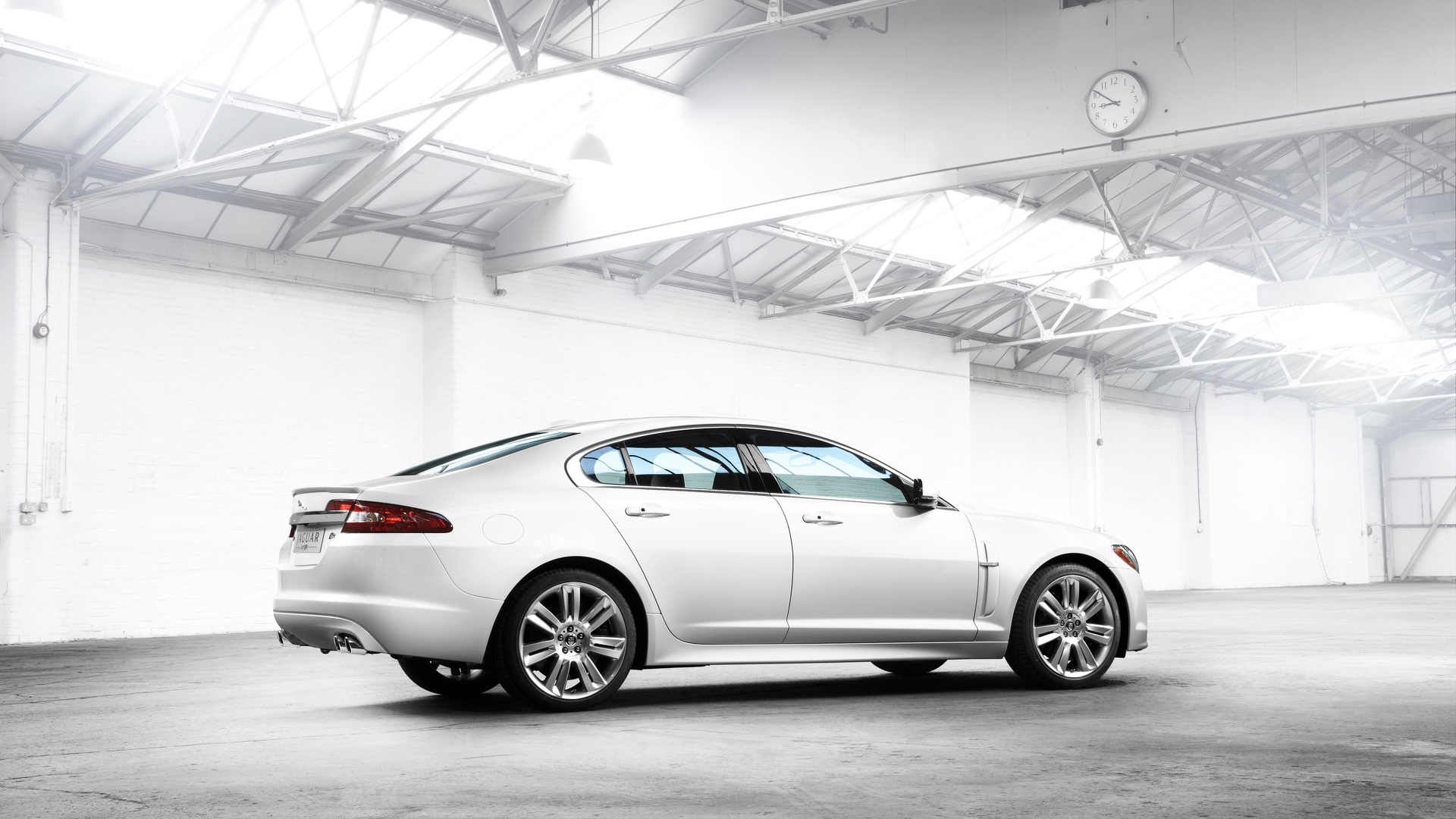 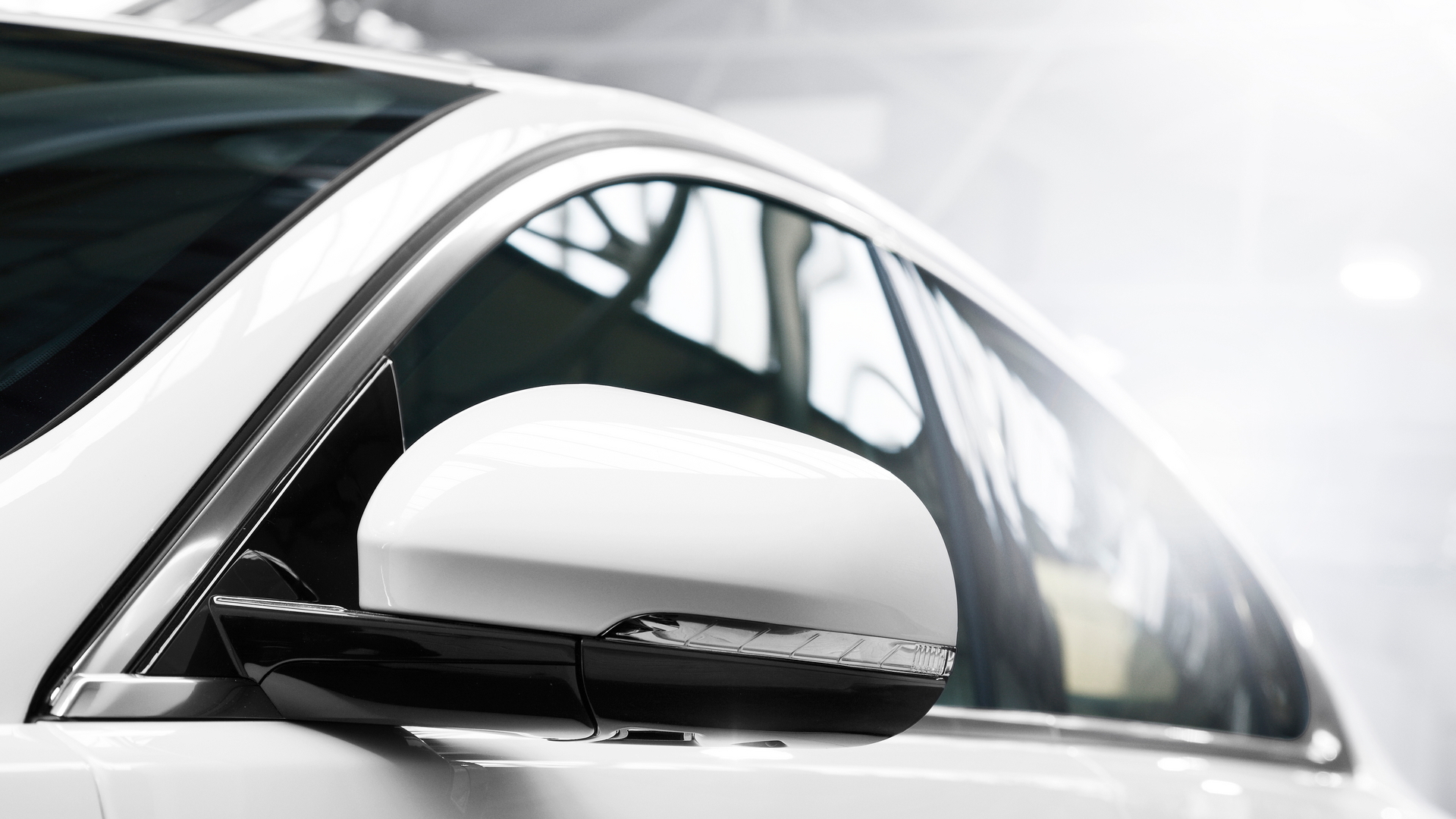 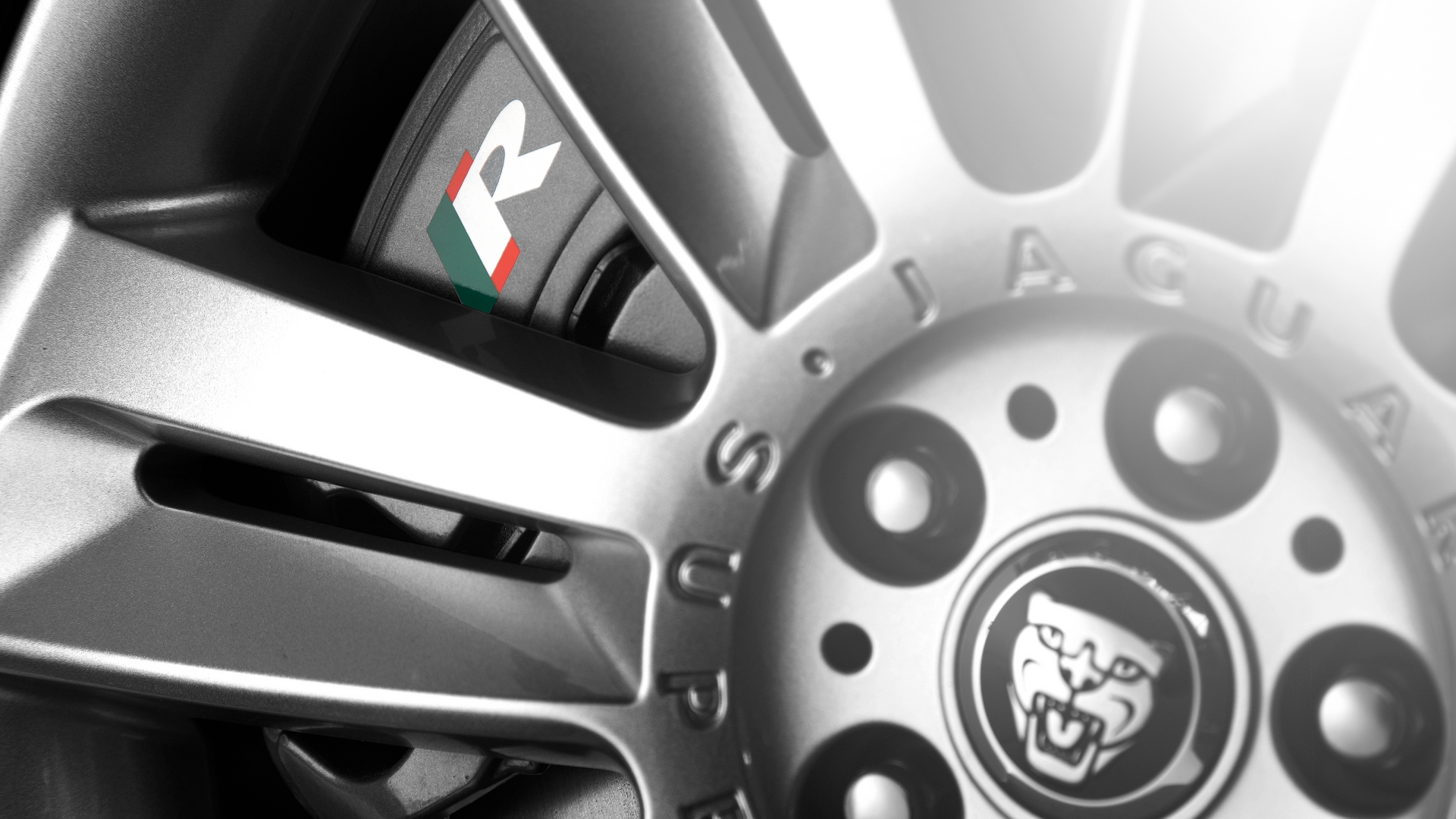 I’m on the plane writing this, so forgive me for comparing the superb, $80,000 Jaguar XFR to Apple’s newest must-have toy, the iPad.

It’s just that, both at the swanky Heathman Hotel where I was recently staying near Microsoft’s HQ, as well as at the airport, pre-flight, the Jaguar and the iPad each attracted equal levels of coo’ing, oohing, and whiplash inducing, lustful head-twisting. I don’t have said iPad, but a few guests of the Heathman did, and they were shyly approached by other guests, tablet-from-the-mountaintop-style, with wide-eyed looks of wonder and curiosity.

The XFR, too, induced the same sort of awe. Few cars I test turn women’s heads as much as men’s, but Jaguar’s designers have a knack for making beautiful baubles that almost no woman can ignore. I’d love to think it was the recent tan I’ve acquired of course but young, fashionable, well-heeled ladies both fair and dark sent lustful glances toward the car—and just toward the car. One woman in a supermarket parking lot walked right up to the XFR, addressing it, not me, with a huge grin on her face, and peppered away with rapid-fire questions. Sated with knowledge, she just walked away, looked back at the car as if to confirm a mental catalog of details, and belatedly remembered there had been a human being she’d been talking to and said, “oh, sorry, thanks….”

If only I could’ve given a ride to every ogler of the Jag the company might find itself a huge new client list. True, maybe all those ladies (and men too) wouldn’t ever tap into the 510 horsepower V-8 under the bulging hood of the XFR, but that also might not matter, because this four-door is quite civilized unless you don’t want it to be.

I certainly didn’t; with 40 more horsepower than the XF Supercharged (and $15k more tallied to the sticker price) and an engine that nails peak torque (461 pound-feet) at a a barely twisting 2,500 rpm, the stats box alone should tell you what this car can do. That torque curve feels nearly flat as well, and that huge grunt equals more than a fast run (4.7 seconds, claimed) to 60mph. From 70 mph, passing a logging truck and three SUVs on a two-lane rural highway, the XFR downshifted its six-speed gearbox to third, held it to the nearly 7,000 rpm redline, and proceeded to upshift into fourth and so on. Looking down finally at the speedo I was rocketing at twice the legal limit. This could get dangerously addictive.

Still, the miracle Jaguar has worked here is that the car is so serene at slow speeds, gentle even; you’re not punished with a flinty ride because you (sometimes) desire extreme sports-sedan performance. The Active Dynamics adaptive dampers stiffen in response to rotational cornering forces, like many such systems, but the Jaguar’s suspension is rangier than you’ll find on most tautly tuned sports sedans, so when the road turns brittle its massive, 20-inch Dunlop SP Sport Maxx tires don’t send shudders through the chassis. The steering could be a hair more communicative; there’s a light feel, perhaps to appeal to the aforementioned well-healed buyer so likely to be attracted to the looks of this Jag sedan. Still, anyone behind this wheel will quickly be able to calibrate his or her inputs, and right up to and beyond the point of four-wheel drift, the XFR is predictable and accurately follows the hardest or softest commands.

The transmission, too, is a fluid-shifting unit from ZF. And though there are paddles to provide a manumatic option, we doubt most of the car’s buyers will bother flip-flapping through gears. They won’t have to, for the XFR provides that rare combination of engine and transmission so well married that you’re never wanting for a manual downshift faster than it happens via a hard plant of your right foot, nor did I find any situation, such as a long, mellow uphill at 55 mph, where the gearbox hunted between gears. No doubt that a mighty amount of torque allows Jaguar the luxury of a gearbox that can rely on freight-force alone to compensate for any overgearing or lack of algorithmic purity of the grade-logic software.

Would that mechanics could also overcome algorithmic impurities in the cabin as well. It's true that Jaguar isn't the only luxo marque guilty of over-ladling its cars with features. In a lot of cars of this level you’re inundated with buttons and mouselike contraptions; but in every one of them, from BMW to Audi to Mercedes, there’s always a bailout with voice-activated commands. Here, too, Jaguar offers such a system—it’s just way behind the curve. What command would you use to change radio stations? “Radio?” “Audio?” “FM,” “AM,” “satellite”? “Preset(s),” “Sound?” None of these was recognized. Similarly, tapping the voice command switch on the steering wheel and saying, “Navigation” elicits a, “sorry?” from the system. Try, “map,” instead and you hit the same roadblock.

Luckily you can instead plod through the touchscreen to achieve functions you desire, but even plumbing to the radio presets is a chore because there are no hard buttons as shortcuts. And plotting a map course manually isn’t foolproof, either. In one small town a neighborhood that was clearly 50 years old, if not older, wasn’t mapped; searching for a street in the Nav software proved no more helpful. On the highway, where there was an HOV lane restriction (one of 6 lanes) the nice Nav lady was constantly, incessantly, endlessly reminding me of this fact, requiring me to mute the directions—and nearly miss my exit.

Any would-be buyer might not give a damn, however, because the quarters here are otherwise lovely. The ceiling is crowned in gorgeous and rich, soot-black Alcantara suede that reaches down the A and C pillars. Matching smoked black wood trim is used sparingly, with genuine metal accents striking a slightly racier note than in the stock XF. Also, while the rear seat isn’t as easily accommodating of six-footers as that of the E 63 AMG Mercedes, it’s a comfortable enough car for four adults, has a roomy trunk and the rear seatbacks deploy forward, splitting 60/40. Older adults have a little trouble lowering themselves behind the wheel or into passenger seats, because the roofline of the Jaguar is comparatively low compared to that of the Benz or BMW 5 series or S6 Audi.

Jaguar may well not care; this car is clearly not aimed at the older buyer who you still see driving the softer, dowdy S-Type of yore. This is the new Jaguar.

And while potential customers may never tap into this car’s full potential, judging by the demographic falling all over themselves to see the XFR, it’s attracting precisely the customers Jaguar needs to differentiate itself from German rivals.