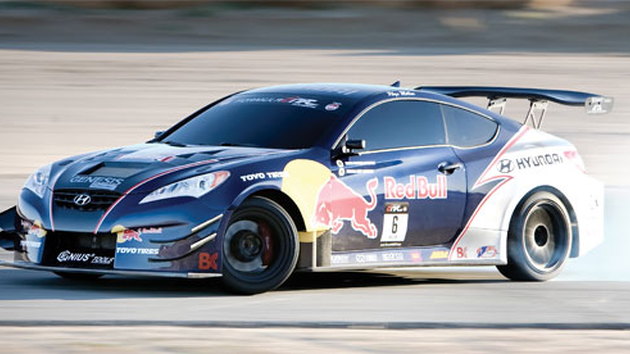 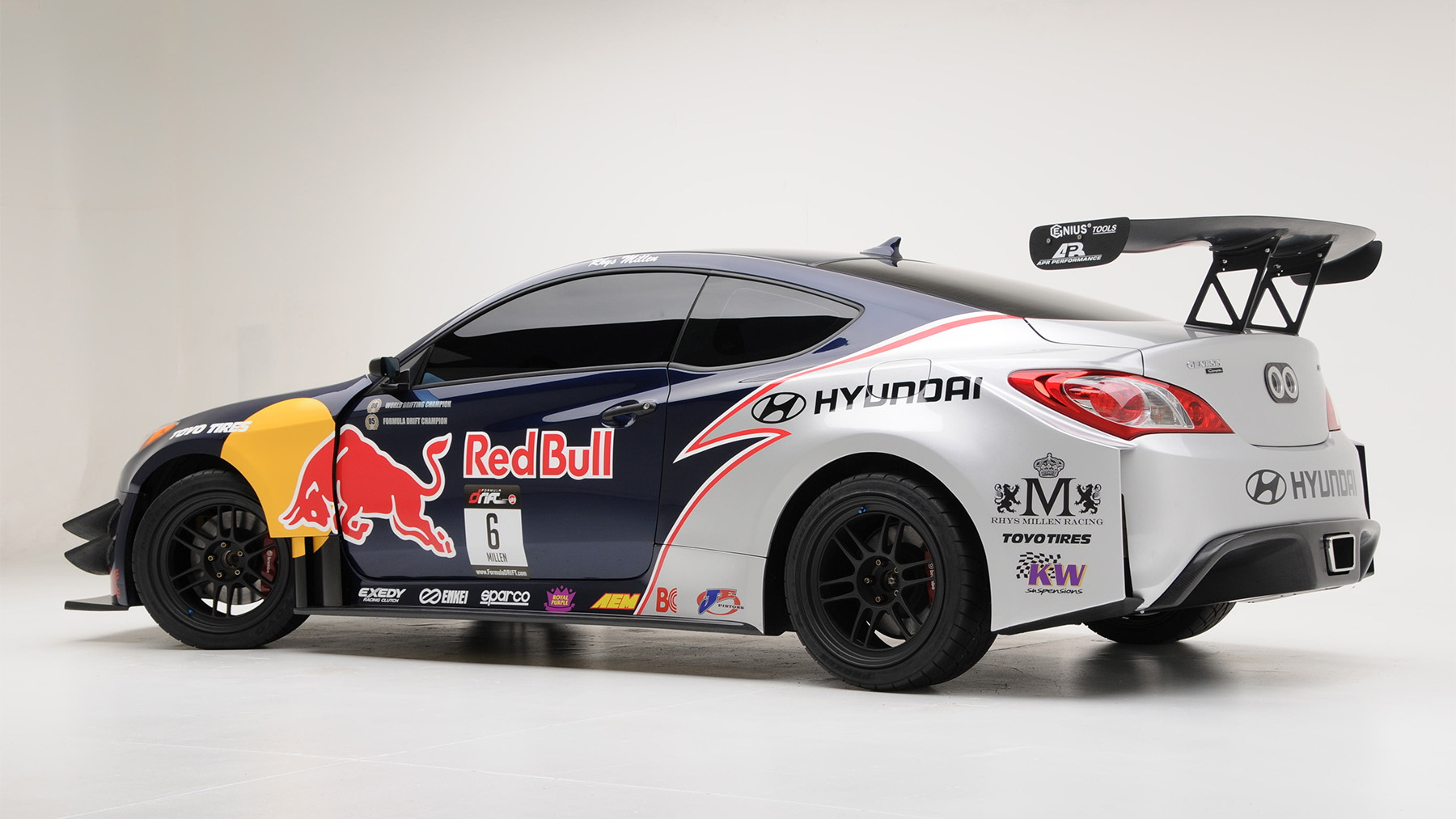 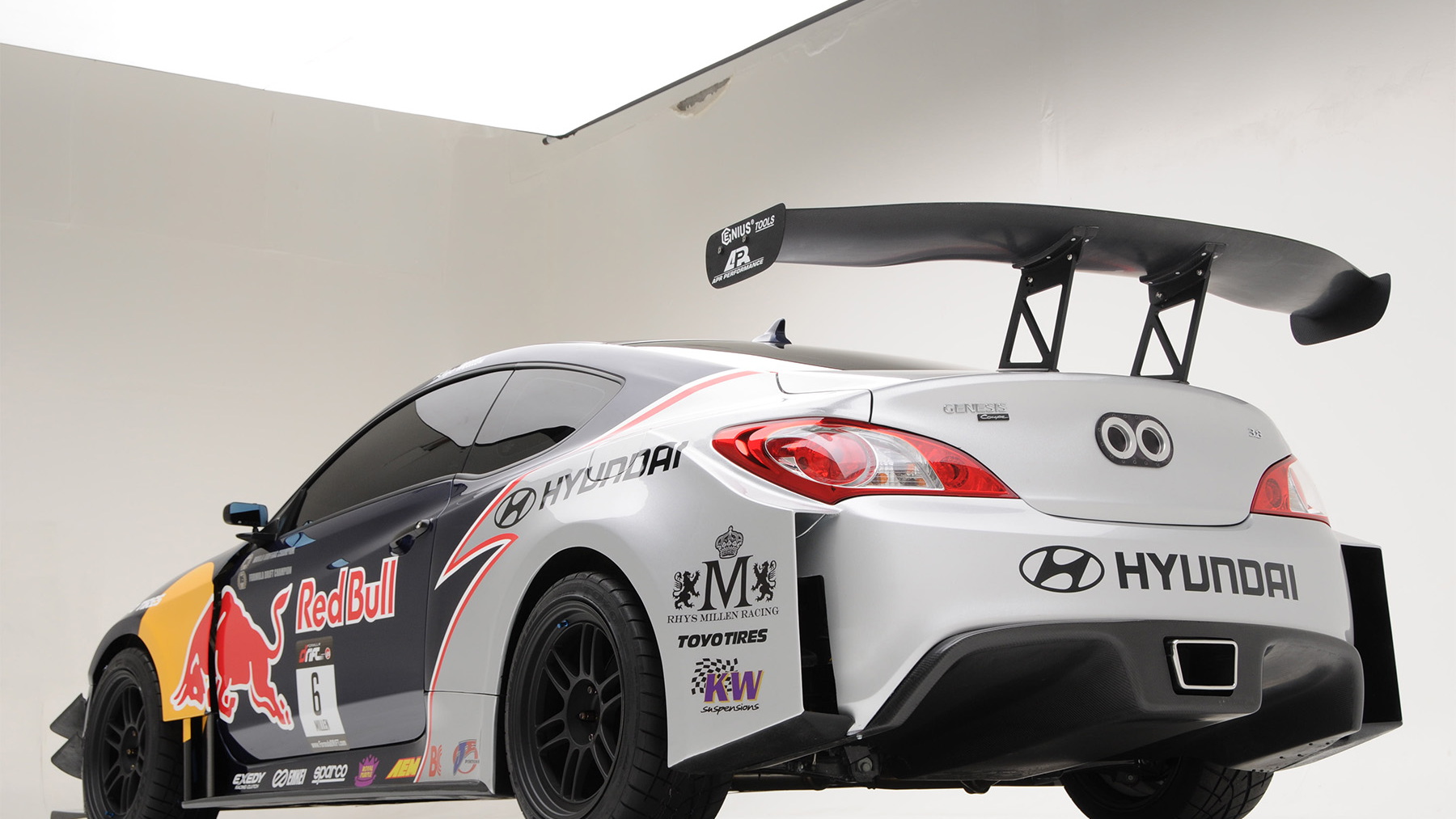 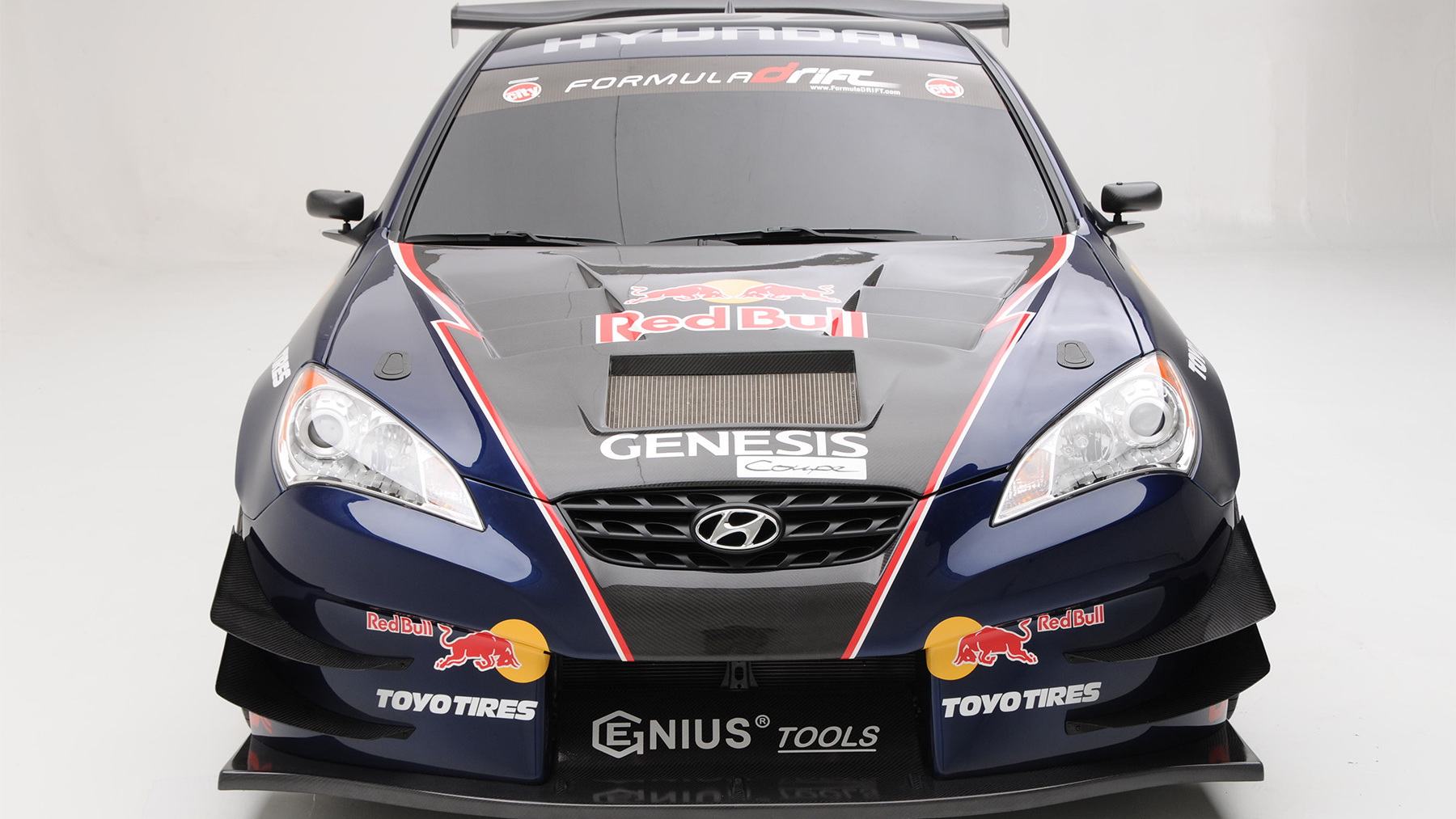 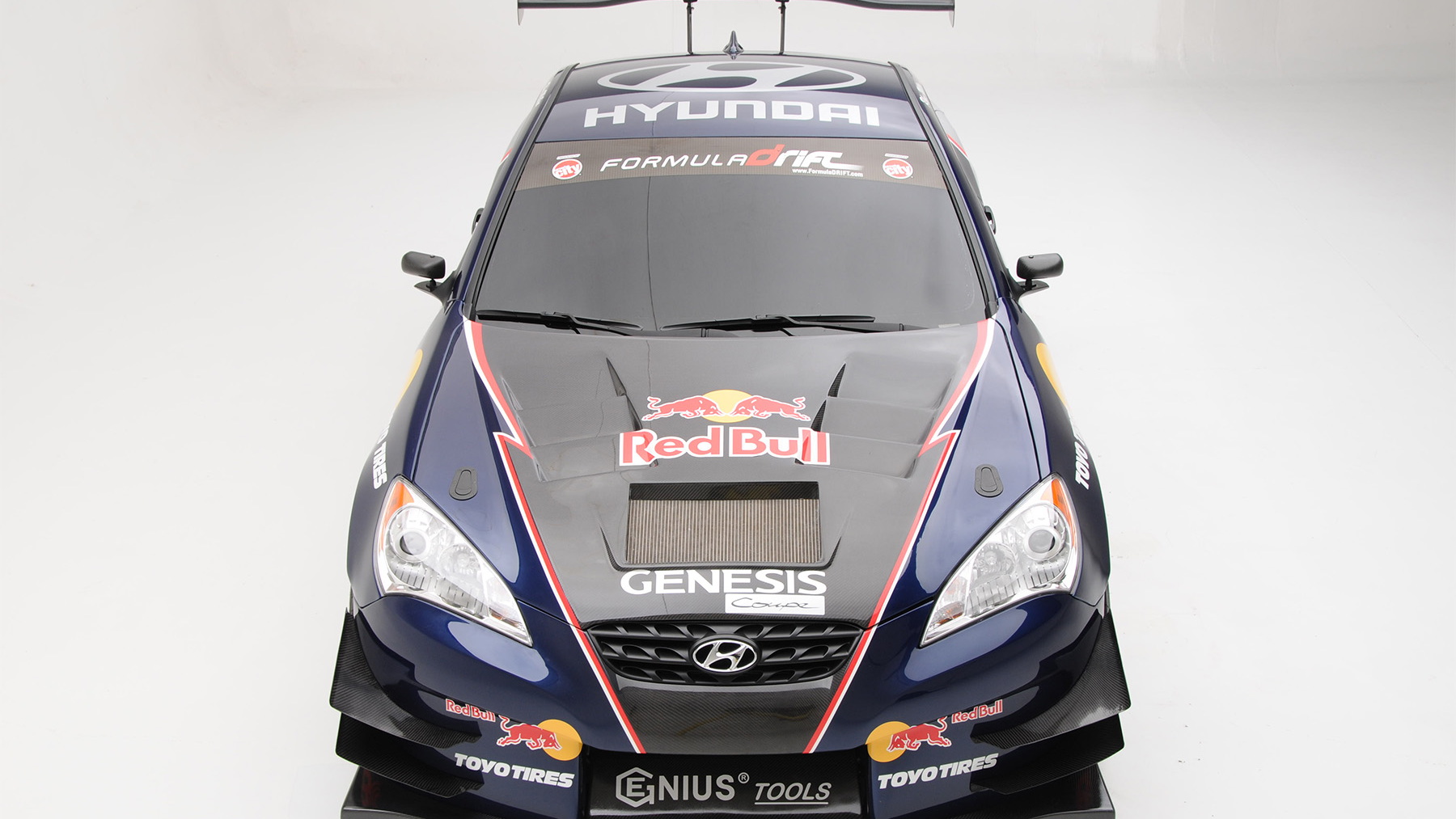 Drifting is as much art as it is motorsport, with results measured in judge-awarded points rather than lap times and checkered flags. But that doesn't mean you don't need some serious hardware to compete. And Rhys Millen has proven the Rhys Millen Racing Red Bull Hyundai Genesis Coupe is serious about drifting, taking second place at this past weekend's Streets of Long Beach Formula DRIFT event.

To reach the second step on the podium, Millen had to top everything-driver Tanner Foust in his 800-horsepower Scion tC and Samuel Hubinette in an 800-horsepower Dodge Challenger. Only Vaugn Gittin Jr., driving a prepped Ford Mustang, was able to get more out of the car and course.

The RMR/Red Bull Genesis Coupe is down about 150 horsepower to most of the other top-running cars, rated at "just" 650 horsepower from a stroked and heavily massaged Lambda V-6. But Millen found the car perfectly suited to his needs, saying, "The car had so much grip and power I was able to put it close to the walls and mirror the other competitors' cars' every move. Nothing compares to the pressure and thrill of the 'win it or lose it' factor while competing against more than 50 other cars and drivers."

For the full details on the RMR/Red Bull Hyundai Genesis Coupe drift car, check out our story here.