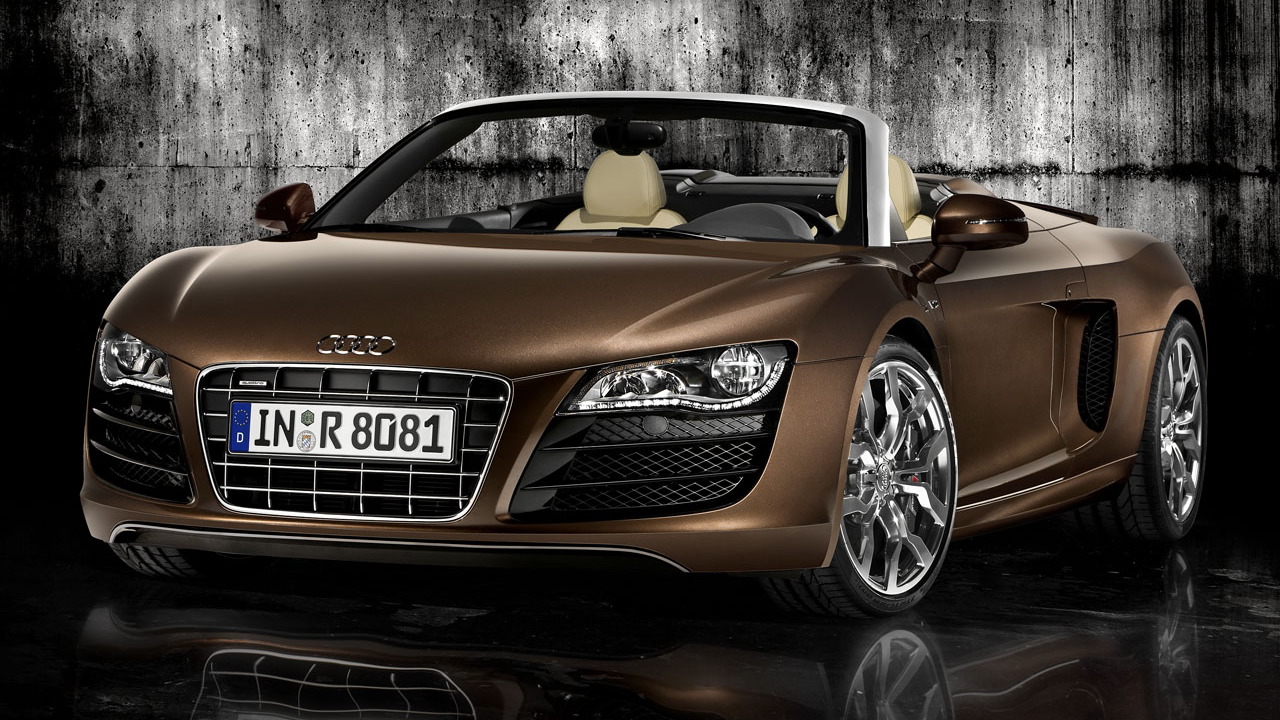 Audi currently sells three different versions of its R8 supercar, the original 4.2-liter V-8 model and the newer 5.2-liter V-10 model, which is available in either hard-top coupe or Spyder convertible bodystyles.

However, there are two more versions thought to be in the works: a high-performance RS variant due towards the end of the R8’s model run and a more affordable version of the R8 Spyder fitted with a V-8 engine. The R8 Spyder is currently only available with a 525 horsepower V-10 engine and it’s set to be the most expensive model in Audi’s lineup when it goes on sale later this year.

If fitted with the 4.2-liter V-8 engine from the original R8, the car would naturally be less expensive than its V-10 cousin, possibly by as much as $30,000. Peak output will likely remain at 420 horsepower and either a six-speed manual or R tronic automatic gearbox will be fitted.

The V-10 R8 Spyder is scheduled to go on sale this fall, with the V-8 version due early next year at the latest.

As for the R8-RS, expect that car to bow in with a twin-turbocharged V-10 engine developing upwards of 600 horsepower towards the end of 2011.