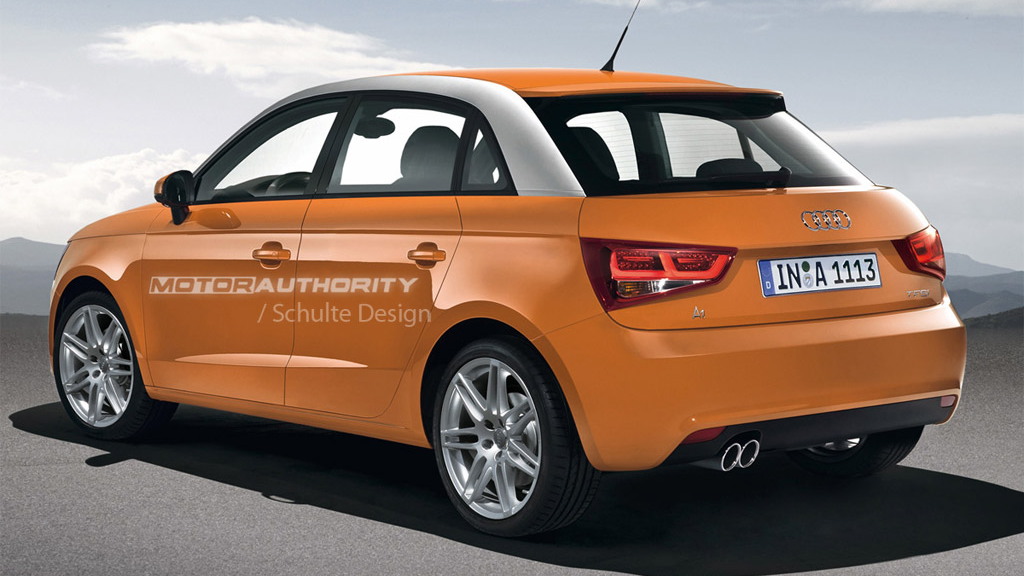 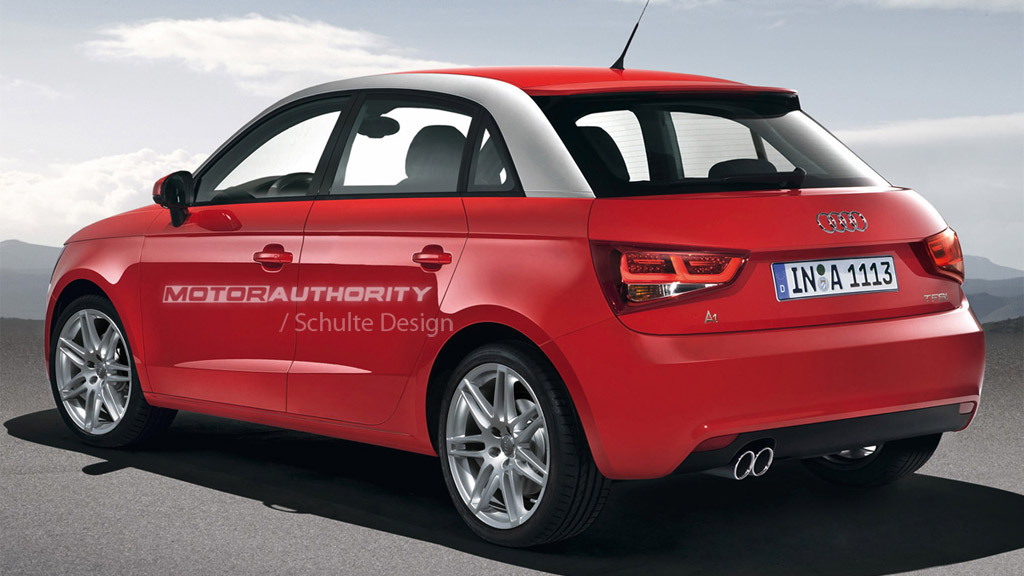 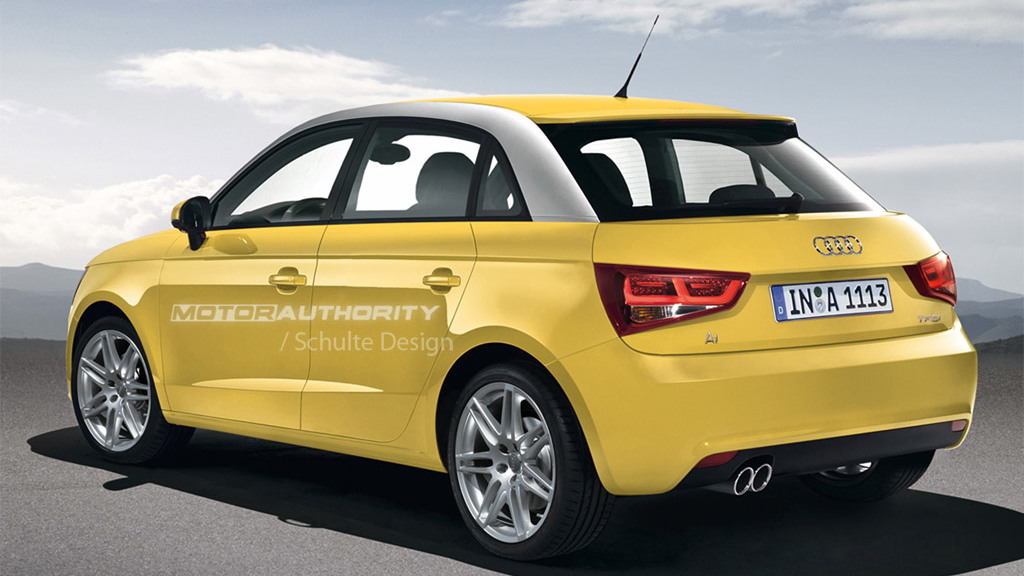 The minicar segment is about to explode, with new models planned from most of the major automakers including, for the first time, premium labels such as Audi. While most are heading down the budget road Audi will be launching an upmarket model to tackle the likes of the MINI, Fiat 500, Mercedes-Benz A-Class and even BMW's 1-Series. The new model is the 2011 Audi A1, which thus far has only been revealed as a three-door hatch but there are more variants in the works, three more that we know of.

The full A1 family will grow to include a five-door hatch, as previewed by 2008's A1 Sportback Hybrid Concept, a stylish A1 Cabriolet and eventually a sporty S1 model with quattro all-wheel drive. While not confirmed, there's also a chance that a gasoline-electric hybrid version may be launched and further down the track we might eventually see an-electric A1--but these greener models are still several years away at the earliest.

Today we have a preview rendering of the A1 Sportback, which is expected to go on sale next year as a 2012 model. The following year will see the launch of the A1 Cabrio and high-performance S1.

The 2012 Audi A1 Sportback is essentially a five-door hatchback version of the recently revealed minicar. However, its roofline, especially at the rear, will be more slanted than traditional hatchbacks in a similar fashion to the larger A5 Sportback.

Power will be the same as the engines found in the standard A1, including a pair of TFSI gasoline engines, and for Europe at least, a TDI turbodiesel.

Sadly it seems, the A1, and all of its variants, are unlikely to make it to the U.S. We'll keep you up-to-the-minute on news of the car's local arrival but for now, don't hold your breath.