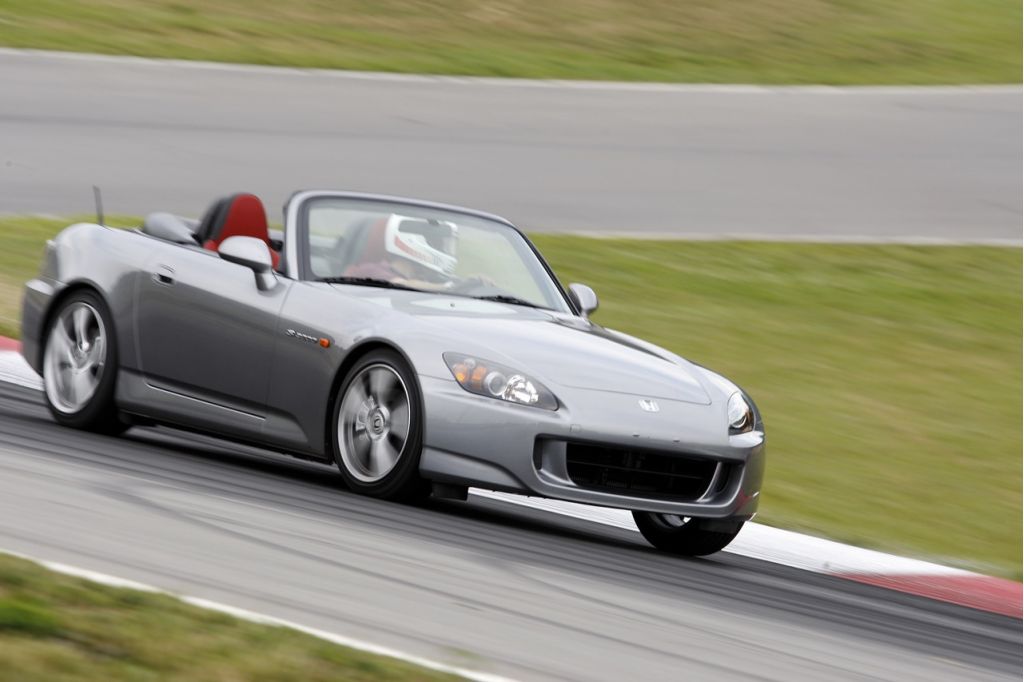 We didn't see the last Star Trek film. (You know: the one they just called Star Trek?) We didn't see Smokin' Aces, either. Or The Princess Diaries 2: Royal Engagement. (Especially not that.) Come to think of it, we're not entirely sure we've seen Chris Pine in any movie at any time in our lives. Which could mean that he's just a figment of our imagination, but that seems a little unlikely.

Figment or no, the guy has a couple of things going for him. For one, Wikipedia tells us that he got an English degree from UC Berkeley, which in turn tells us that Pine is no slouch in the brain department. Also, he studied at American Conservatory Theatre, so he's obviously got some acting chops.

But most importantly, Pine drives a Honda S2000, a roaster that was killed off last summer, having never really caught on in the States. (See the proof at the link below.) The roadster was stuck with a terrible name, and it was outshone by other, glitzier convertibles. Still, to many, the S2000 is like the thinking man's Mazda Miata, which makes it a perfect match for a SoCal native like Pine. He's just 29, so of course he ought to be tooling around LA in something sporty and youthful. But at the same time, he needs a long-term plan if he's going to be more than a flash in the Hollywood pan, which is reflected beautifully in Honda's legendary reliability.

Of course, we're not saying that Pine needs a Honda tattoo on his forearm or anything, but we think it's a pretty accurate representation of the guy -- and it's far better than the crappy rides we've seen some celebs driving. Others should be taking notes.