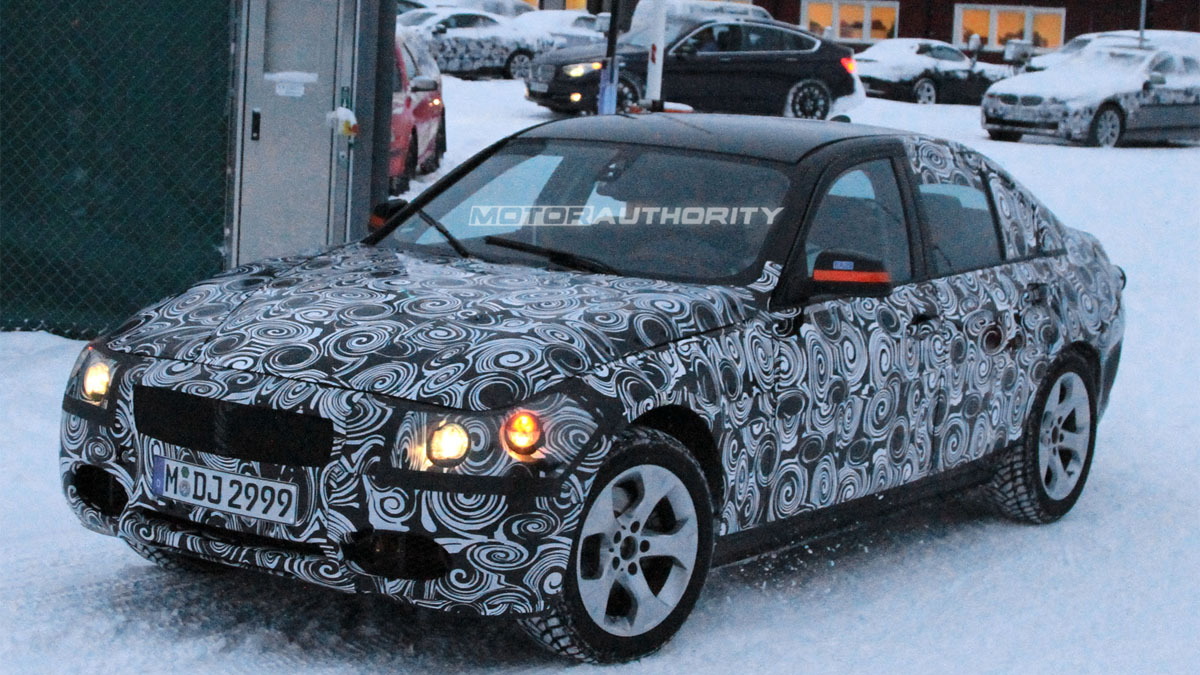 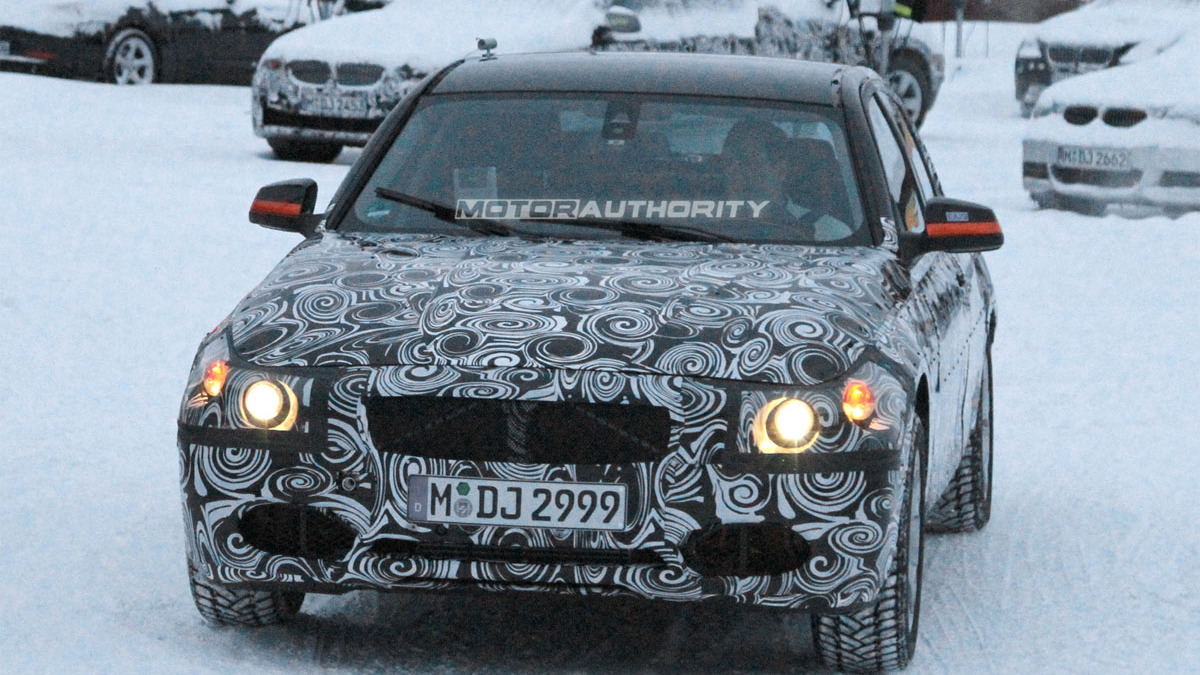 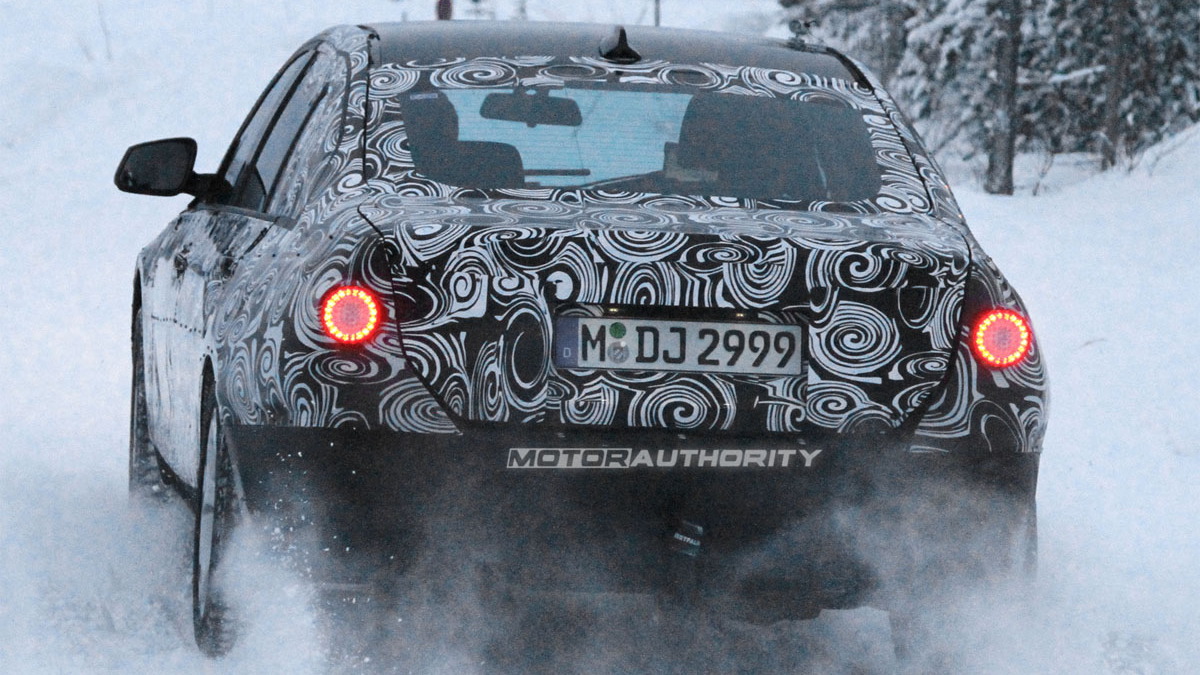 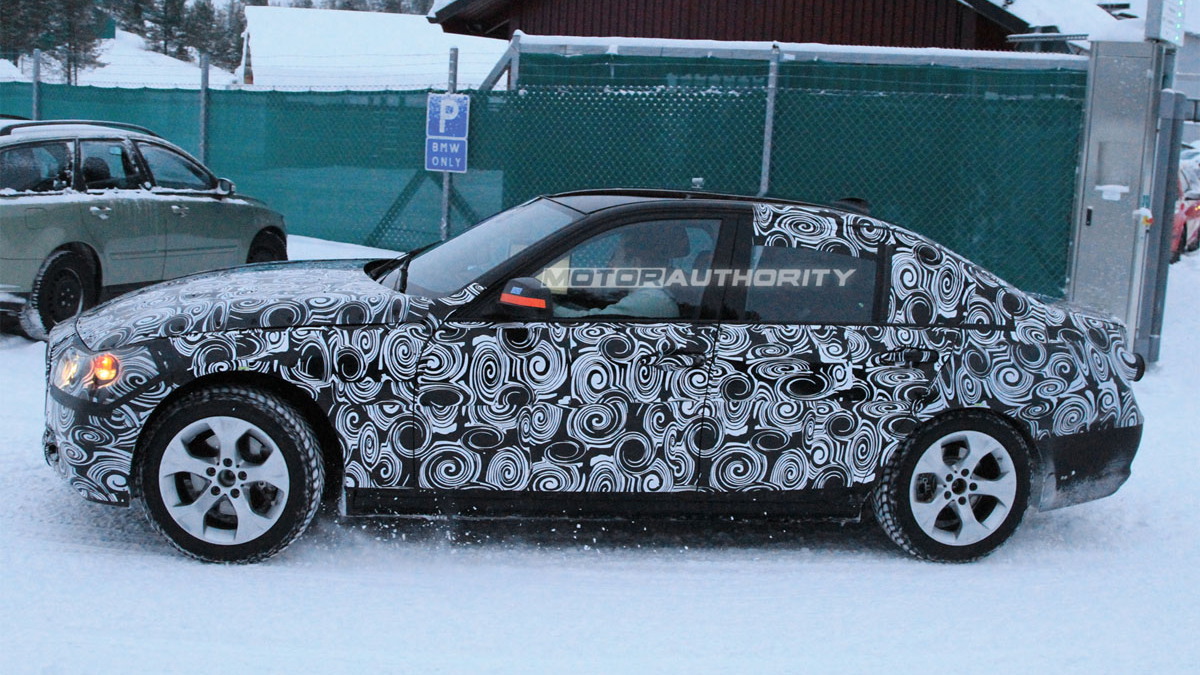 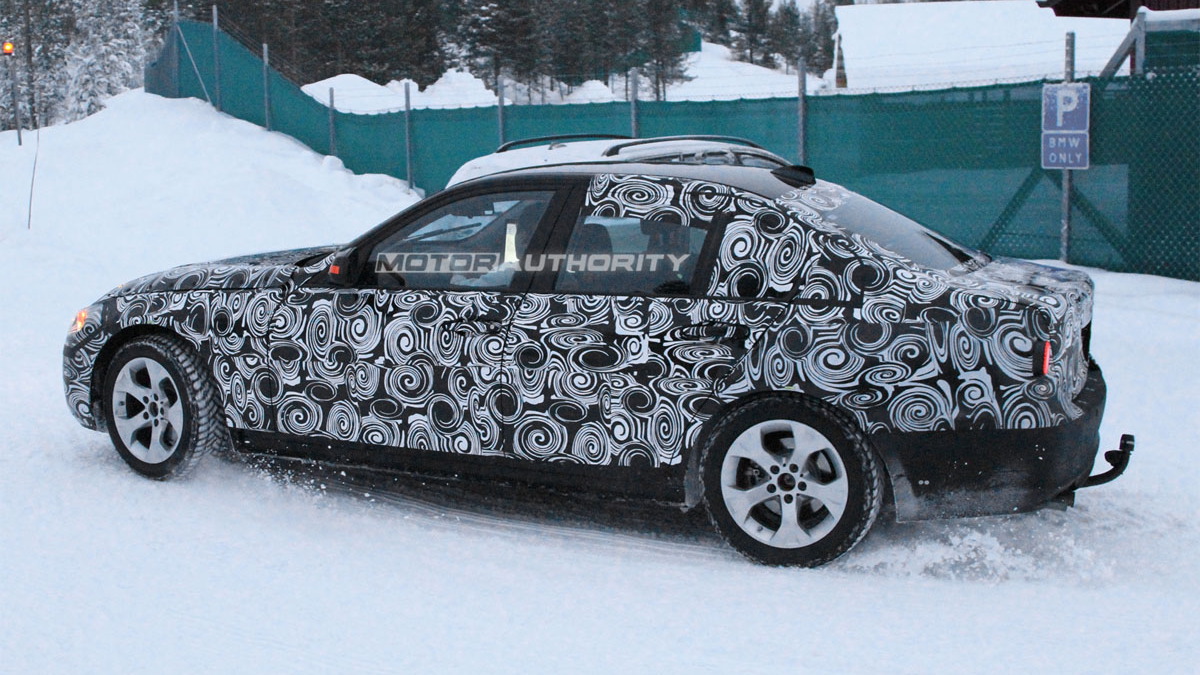 The 2011 BMW 3-Series has just been released with a new engine and a slightly freshened exterior, plus the new 2011 BMW 335is for the U.S., but the real update will be coming for the 2012 model year. These spy shots of the 2012 BMW 3-Series in winter testing reveal the car's new look, sharing some of the recent changes found on the 5-Series and 7-Series.

Up front, the headlights and grille area are softened somewhat from their current aggressive profile, and the hood has been re-shaped to echo the larger sedans' lines. Along the sides, there appears to be a single character line, though the camouflag obscures it, and the rear of the car reveals circular LED tail lamps and little else due to what appears to be a mock-up bumper and further camo.

We expect a wide range of changes for the 2012 3-Series, however, including the addition of a three-cylinder model to the lineup, though that will likely be kept from the U.S. It'll deliver four-cylinder performance thanks to a turbocharger, and is expected to be rated between 150 and 170 horsepower. This engine will be targeting efficiency, and may be paired with the new 8-speed automatic transmission to further optimize economy.

Other EfficientDynamics tweaks will also be added, including the "air curtain," which uses ducts and vents to direct air to slip over the wheels--a typically high-drag area. Sometime during the next-gen 3-Series life cycle, a hybrid drive system like that found in the X6 and 7-Series is also expected, though it won't likely debut with the car in late 2011/early 2012, instead waiting for closer to the mid-cycle refresh, around 2015 or 2016.

Cutting build costs while finding ways to improve interior space and maintain BMW's standard of luxury will also play a role in the next 3-Series' design, perhaps leading to even more variation within the range with special economy models stripping out some features now equipped as standard.

With close to two years of development time left on the 2012 BMW 3-Series any of these details may change, but the photos here offer a concrete look at where BMW is headed with the design of the new car.