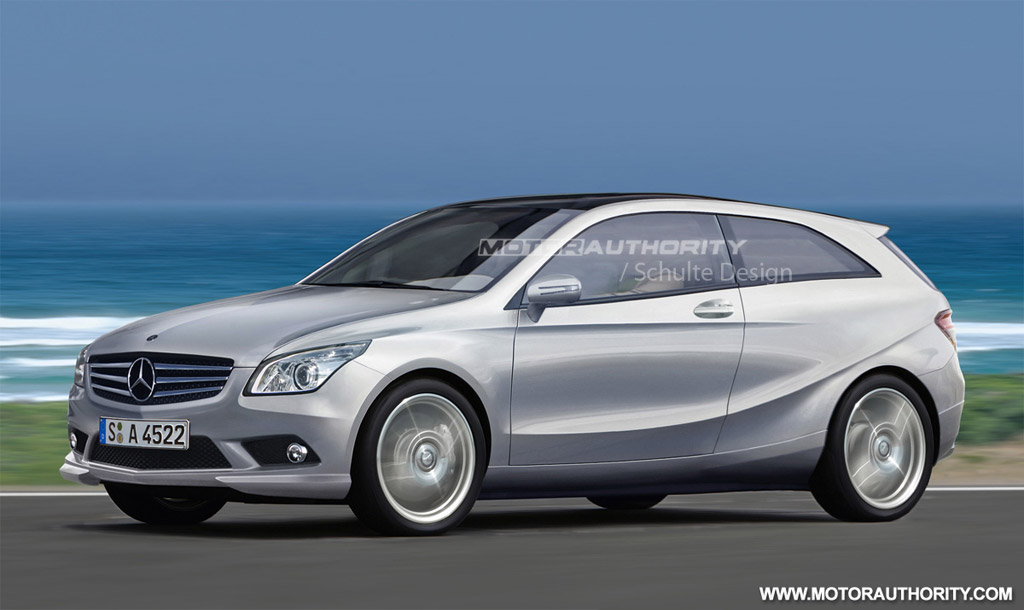 The next-generation Mercedes-Benz A- and B-Class are having a rough gestation and subsequently have seen their respective release dates pushed back because of problems with securing a final design for their new platform. The cars were originally expected to debut at the end of the decade but because Mercedes-Benz couldn’t find a partner to share development work the new models are now likely to arrive in late 2011.

Mercedes-Benz was hoping to co-develop new engines and platforms for the cars with BMW but the talks ended abruptly because officials deemed the synergies from such a partnership were too small to make the deal worthwhile. Instead, Mercedes-Benz is developing its own platforms and powertrains for the new compact models and will also focus on keeping costs low. One of its key strategies is to move production from the current Rastatt plant in Germany to a low cost site in Eastern Europe--Kecskemét, Hungary to be exact.

The cars will be built on a new front-wheel drive platform codenamed MFA (Mercedes Frontwheel Architecture), which drops the former sandwich construction for a more conventional car-like design. Styling for both cars will be influenced by last year’s BlueZERO range of concept cars as previewed in this latest computer-generated rendering depicting the 2012 Mercedes-Benz A-Class.

According to German sources there will likely be the regular hatch, a mini-SUV and possibly a compact roadster and four-door coupe as well.

The main reason Mercedes-Benz is increasing the number of fuel-efficient compact models it sells is not only to help its bottom line but also to reduce its fleet-average emissions.

The automaker is yet to confirm either the A- or B-Class for U.S. consumption but both are being considered and given the effects of CAFE regulations you can be certain at least one of them will be.