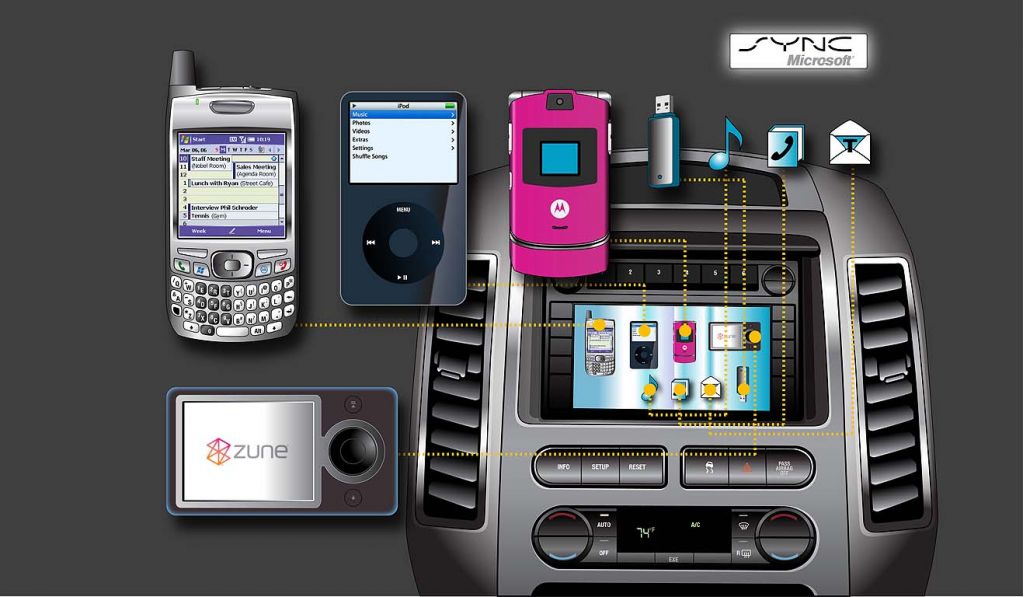 BMW has it, GM has it, even Chrysler has it. Now Ford is joining the crowd with a new mobile WiFi solution. And though Ford has had previous WiFi incarnations, the SYNC implementation is its most interesting yet.

Instead of relying on a third-party device installation and expensive monthly commitments for dedicated hardware, the Ford SYNC mobile hotspot system allows the user to plug in any mobile broadband USB modem. That means that Verizon or Sprint stick you carry around for work can also be used in the car. Neat, eh?

That's not all. It allows the vehicle to then become a WiFi hotspot, so other devices can connect through the vehicle's shared internet connection, offering up the potential of mobile TV streaming through official TV channel websites or services like Hulu. In fact, with access to the Internet, the possibilities are almost limitless.

The SYNC WiFi system is also password-protected to help keep unscrupulous road warriors from poaching all your bandwidth. Encryption is high-strength WPA2, so handling business from the connection should be secure as well.

The best part of the new SYNC WiFi system is that it will be a standard feature of all SYNC-equipped vehicles--no extra charges or fees. The worst part? We'll have to wait until the introduction of Ford's second-gen SYNC system sometime next year.

We'll likely get a preview of this feature along with the upcoming Mobile Apps for SYNC to be demonstrated at CES, the Consumer Electronics Show, in Las Vegas January 7.