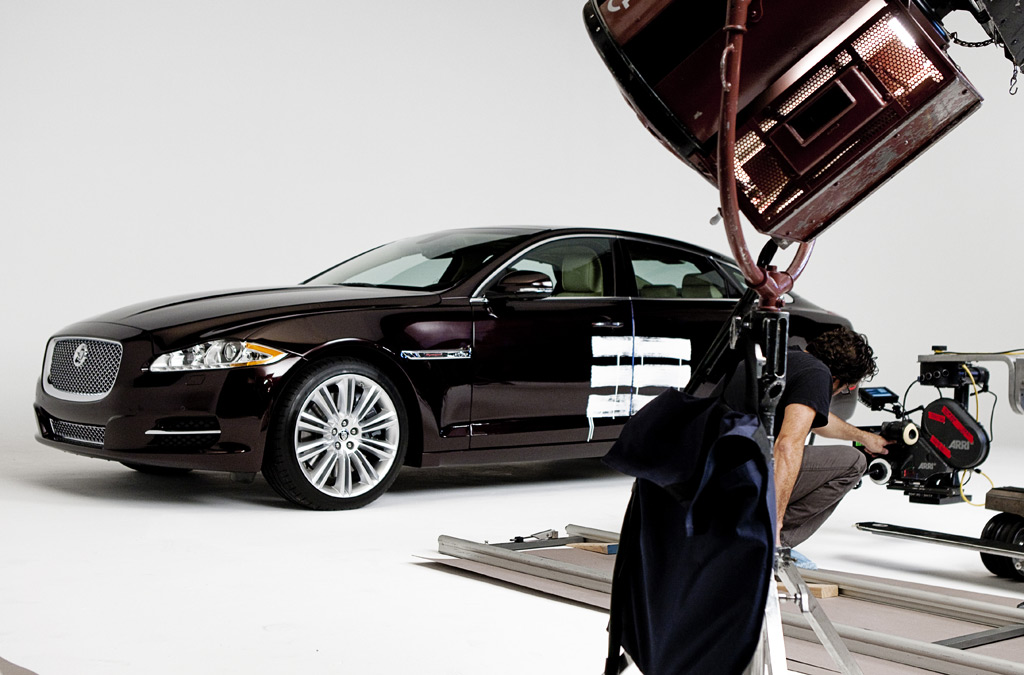 Just for the record: we hate press embargoes. Not only are they 99% useless in this age of digital media, where nuclear secrets can be disseminated as quickly as family photos, but they're awfully pretentious. No one likes being on the receiving end of a stern, finger-wagging talking-to -- especially when it's delivered by a 20-something media hack who'd like you to think she doesn't eat tuna fish right out of the can when she's at home, but you know she totally does. Totally.

We mention all that because the media surrounding Jaguar's strategic alliance with hip hop impresario Jay-Z has been weirdly tight -- as if it's something shocking. Fact is, hip hop revolves around style and bling; its stars are far more apt than their street-rapping siblings to drop designer names like Gucci and Prada into their music. Hip hop takes the same sort of aspirational, high-style, good-life approach that Jaguar does, so really, pairing the two is a no-brainer.

Not that the 2011 Jaguar XJ sedan is the first car we think of when our mind wanders to superfabulous Jay-Z -- who's more prone to feature Pagani Zondas and Ferrari F430s in his videos. But hey, you know he and Beyonce are going to have kids someday, and have you ever tried to fit a baby seat in a Zonda?