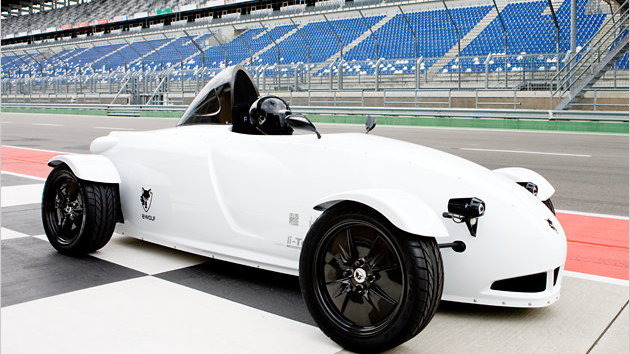 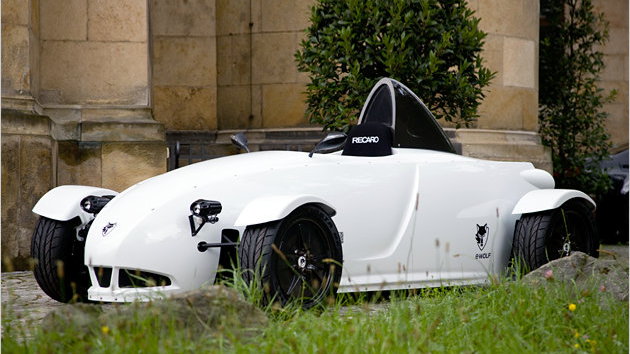 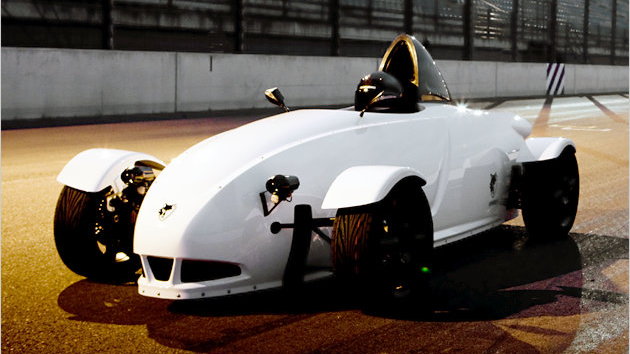 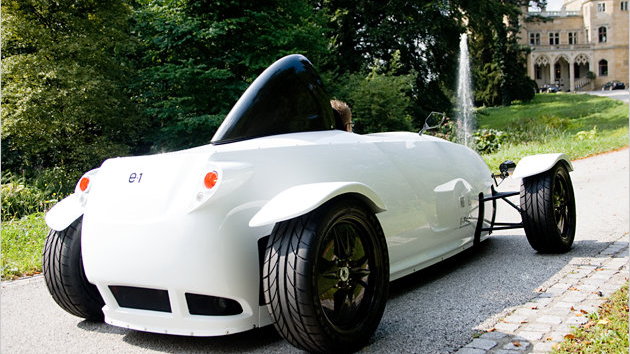 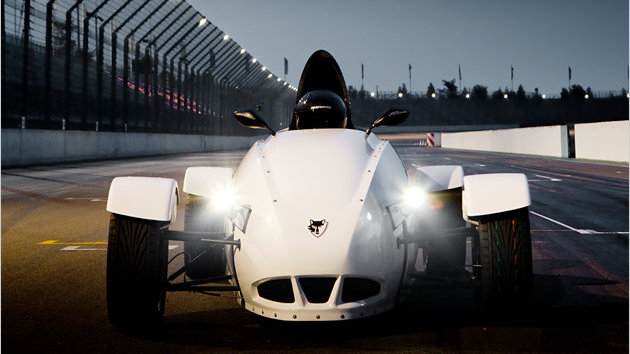 It seems these days that a new electric sports car concept is announced almost every month but it's not often that we get to see the actual concept in the metal, so to speak, or in the case of the new e-1, in the carbon-fiber composite. The e-1 electric roadster is the latest creation of German firm E-Wolf and it is just one of two new electric vehicles from the company, with the latter vehicle set to compete with the likes of Ferrari in the performance arena.

Working in partnership with the Saxony Lightweight Center and the Institute for Lightweight Structures and Polymer Technology at the Technical University of Dresden, E-Wolf unveiled its street-legal e-1 roadster at the recent 2009 Frankfurt Auto Show and plans to add the e-2 supercar to its lineup in about two years.

The key to the cars’ performance is a light weight structure. In the case of the e-1, the entire chassis weighs in at just 1,102-pounds but this comes at a cost as the vehicle can only accommodate drivers weighing up to 150-pounds.

Power comes from a 150-horsepower AC induction motor with 185-pound-feet of torque. This is enough to propel the e-1 from 0-62 mph in less than five seconds and see it reach a top speed of 143 mph. An array of lithium-ion batteries will see the e-1 drive up to 200-miles on a single charge.

The e-2 will feature four electric motors, one in each wheel, delivering a combined output of 544-horsepower and 737-pound-feet of torque--all this in a chassis that is expected to weigh around 2,000-pounds.

So far the e-2 only exists in computer-generated rendering form but its designers promise the car will be able to reach a top speed of 155 mph. Hopefully the production version will stay true to the concept’s lines.