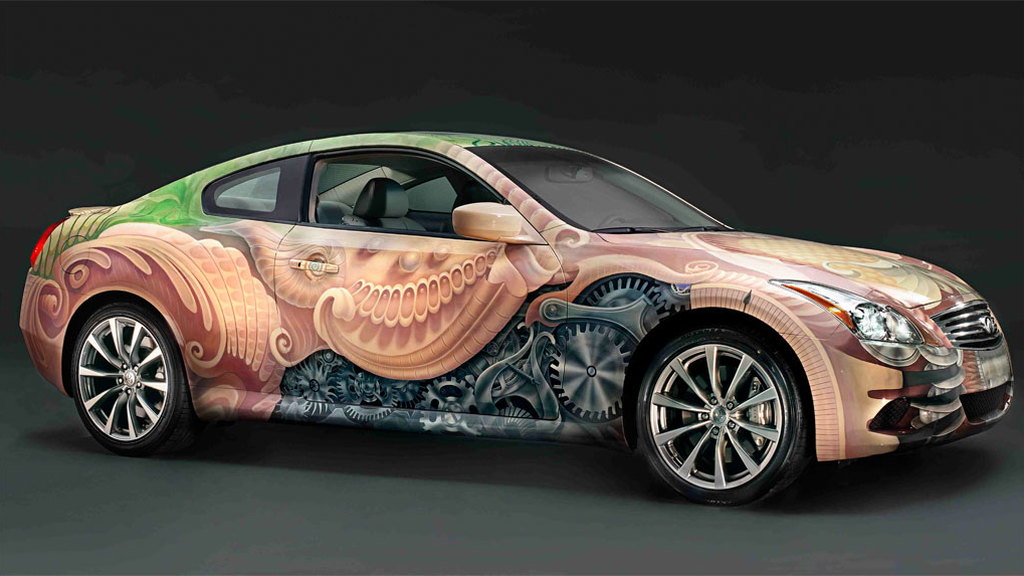 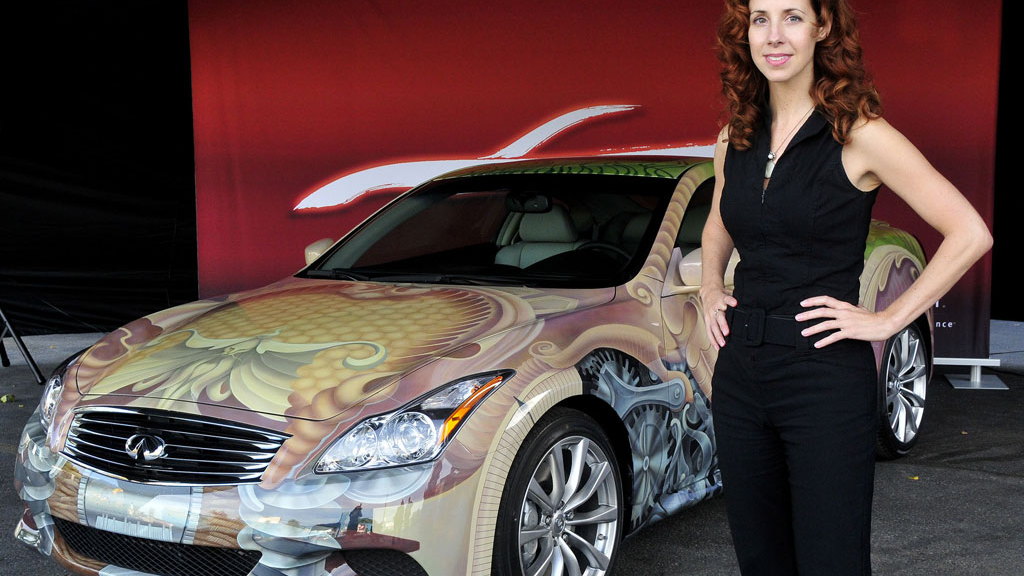 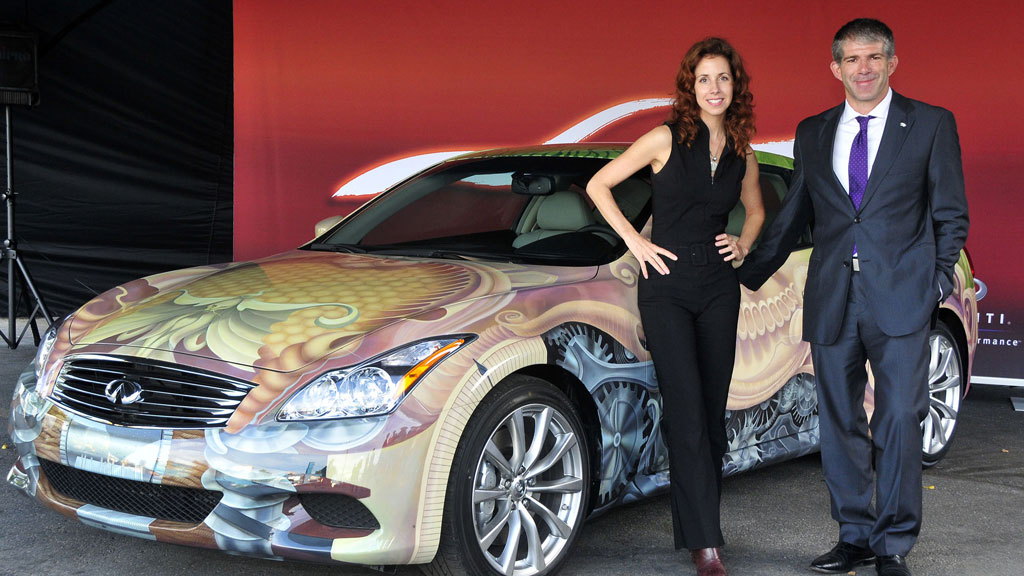 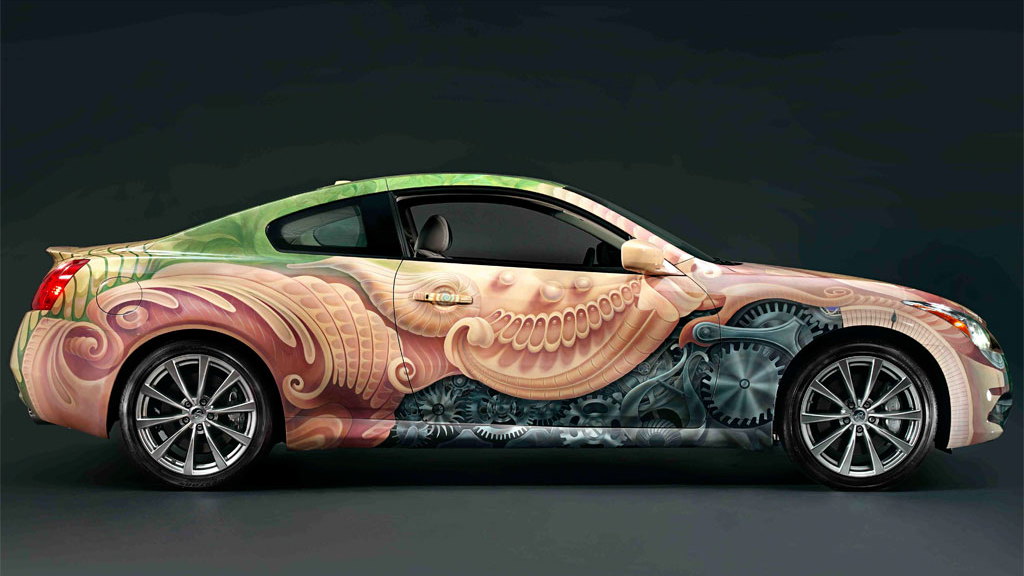 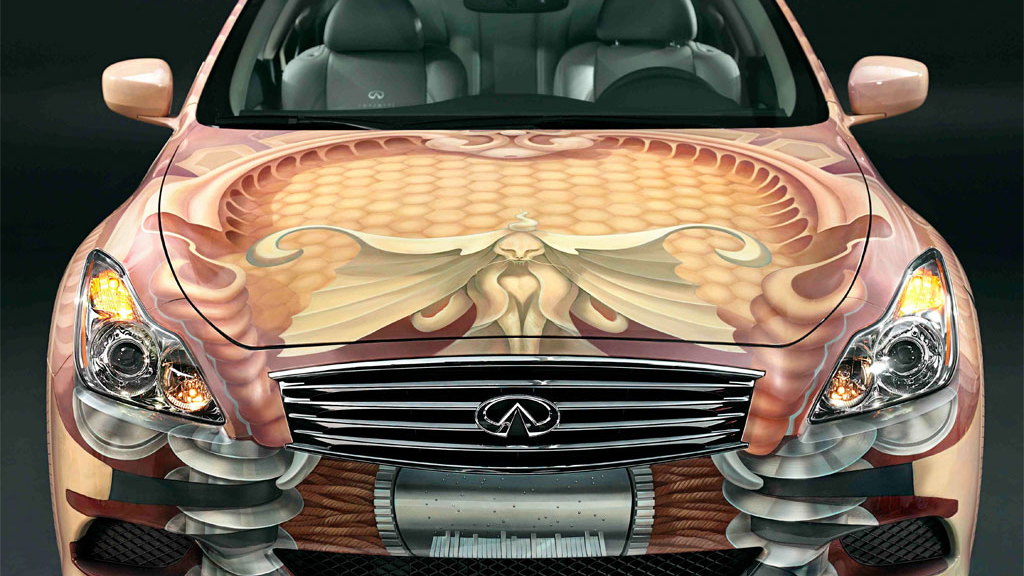 Last night Infiniti took the covers off a G37 Coupe that was involved in the brand’s Anniversary Art Project Vehicle program at an art event in Toronto, Canada. To commemorate Infiniti's 20th anniversary, Infiniti Canada with international circus group Cirque du Soleil to create a one-of-a-kind G37 Coupe. Montreal artist Heidi Taillefer created the design and spent almost one month hand-painting the exterior of the vehicle.

Infiniti's partner and inspiration for the G37 Coupe Anniversary design concept, Cirque du Soleil, is also celebrating its 25th anniversary this year and was also present at the unveiling.

Heidi Taillefer was one of several artists asked to submit a design concept for the exterior of the Infiniti G37 Coupe. No structural changes could be made so the car could remain safe and driveable, and able to be eventually sold. Heidi's inspired design "Ligozzi" was ultimately selected and she spent much of August and early September painting the vehicle.

The Anniversary Vehicle will be on tour at various Cirque du Soleil shows and other events over the coming months. The car will eventually be auctioned off for charity.