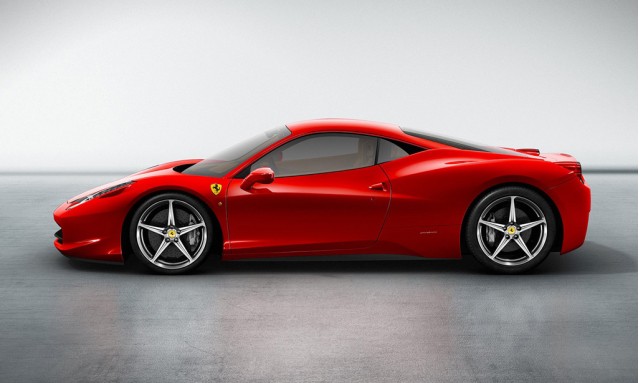 So you're lucky enough to find yourself in Maranello, rubbing shoulders with Luca di Montezemolo, Michael Schumacher, and some of the most beautiful people in Europe. How do they sweeten the deal? They unveil the Ferrari 458 Italia in the flesh.

That's what this video depicts, accompanied by some oddly arousing 1970s-inspired funk. Or perhaps it's the car that's working its magic, and not the music. Either way, the video offers a few new glimpses of the supercar, including a version in black that is sure to please those that aren't enamored with Tifosi red.

It's worth the two-and-a-half minutes out of your life just for the shot through the glass engine bay cover at 1:47. Nine thousand rpm, 570 horsepower, eight cylinders, one car. Gorgeous.