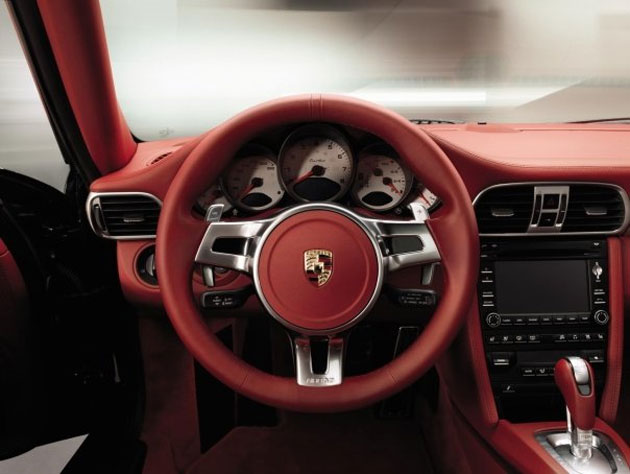 With the unveiling of the facelifted 2010 911 Turbo, Porsche quietly announced that the car would be available for the first time with a proper two-paddle steering wheel where the driver needs to pull on either paddle to upshift or downshift--pull the right paddle for an upshift and pull on the left one for a downshift.

The feature will be available as an option on PDK (Porsche Doppel Kupplungen) dual-clutch models as a replacement for the up-down switches on the spokes. Porsche has now revealed that the paddle-shifters will eventually be available across its lineup, featuring on every model fitted with the PDK.

The good news for those customers that have already ordered their PDK-equipped 911 Turbos is that the electronic system of both the new paddle-shifters and the older two-way-buttons are identical so the steering wheels will be interchangeable.

Other models expected to be offered with the paddle-shifters will include the rest of the 911 range, Boxster and Cayman lines, and the Panamera sedan.