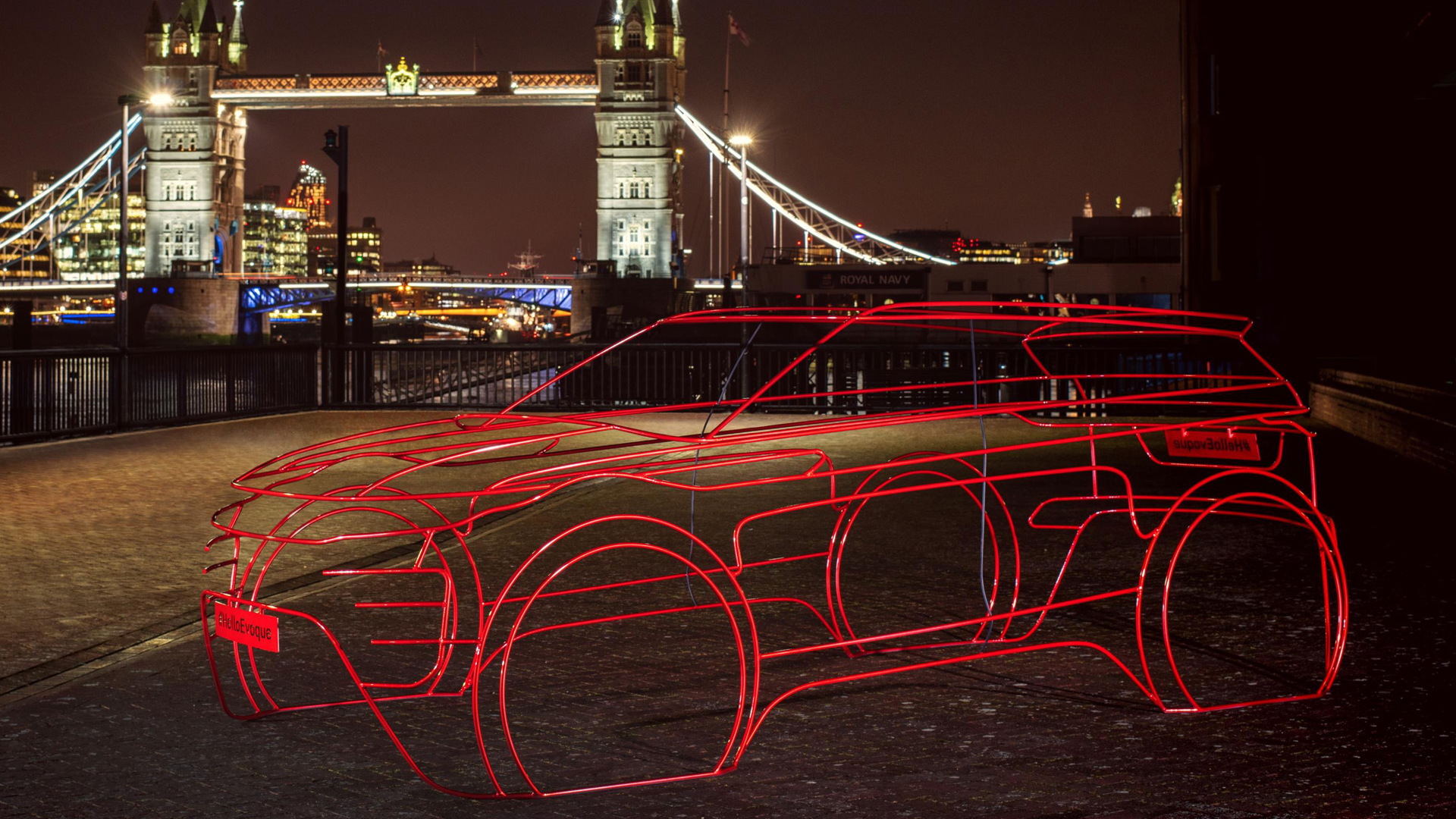 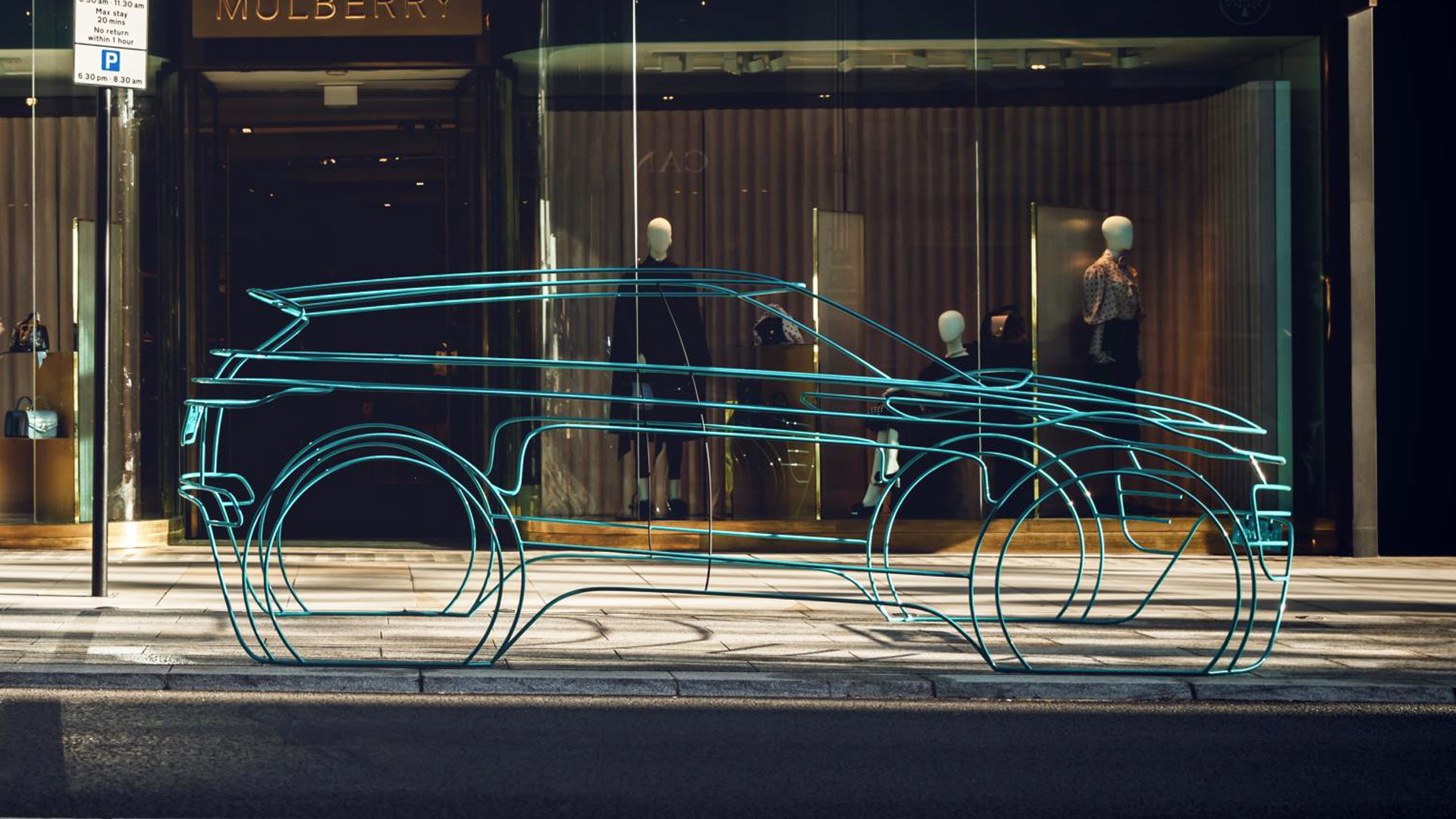 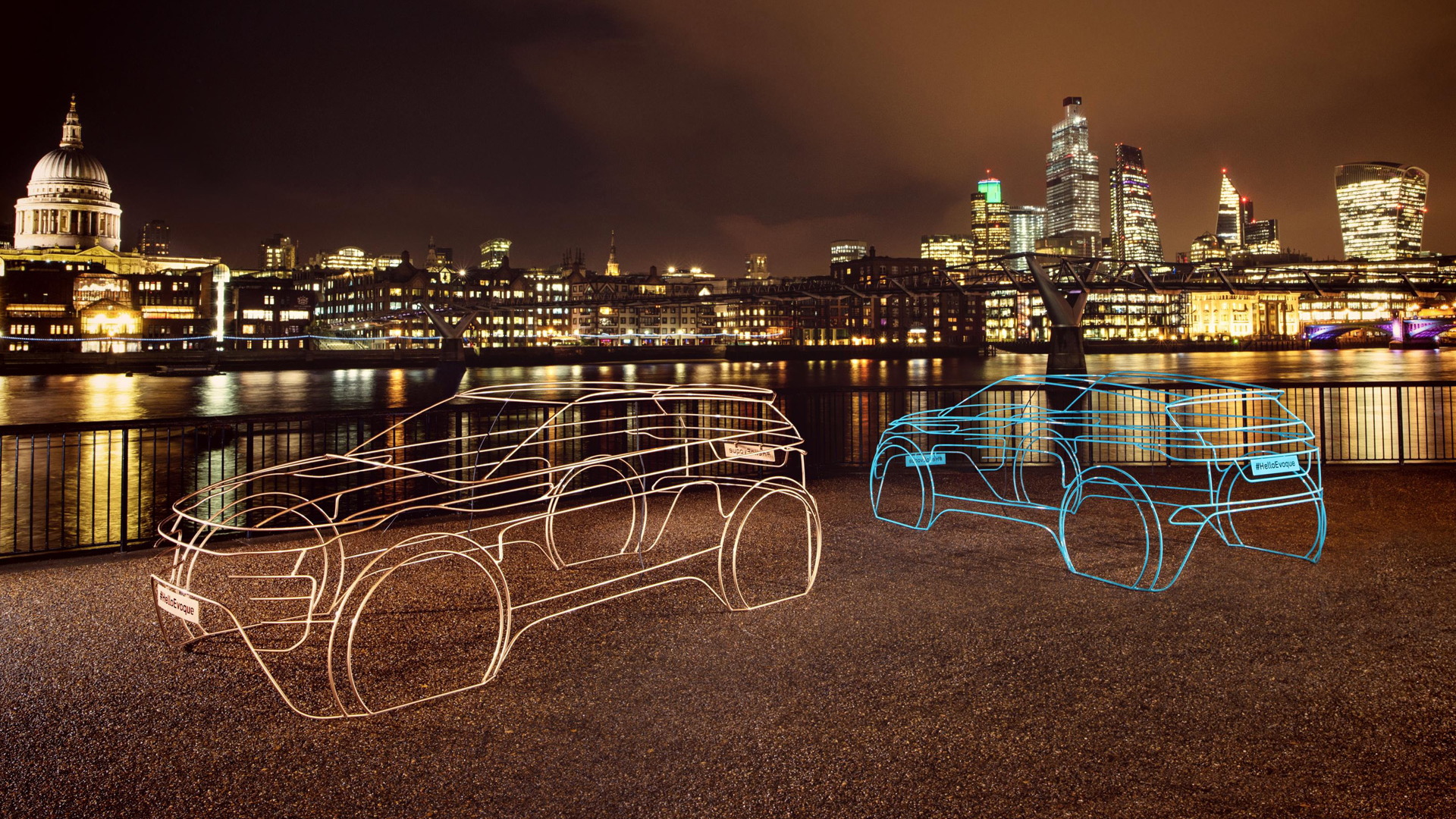 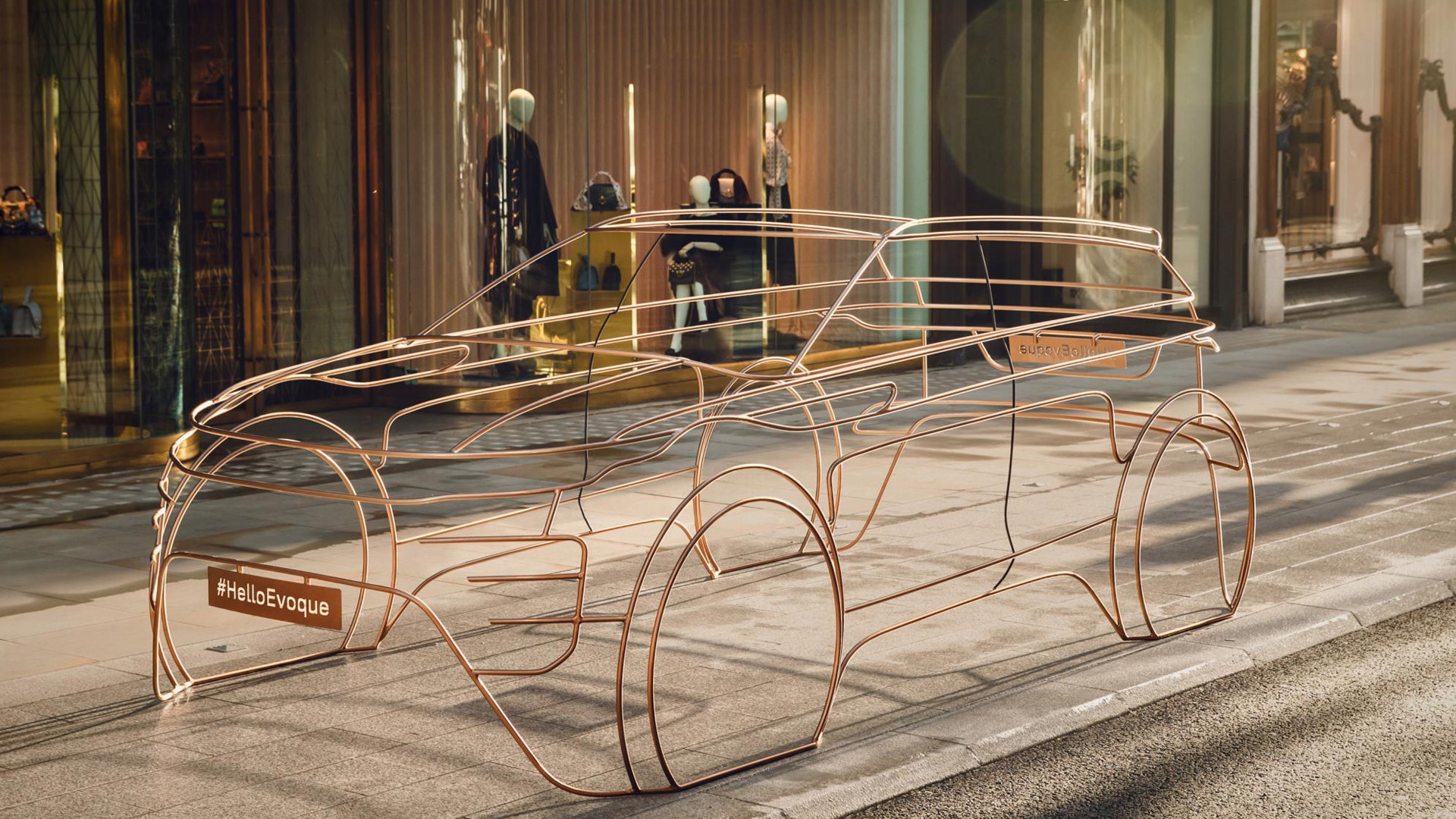 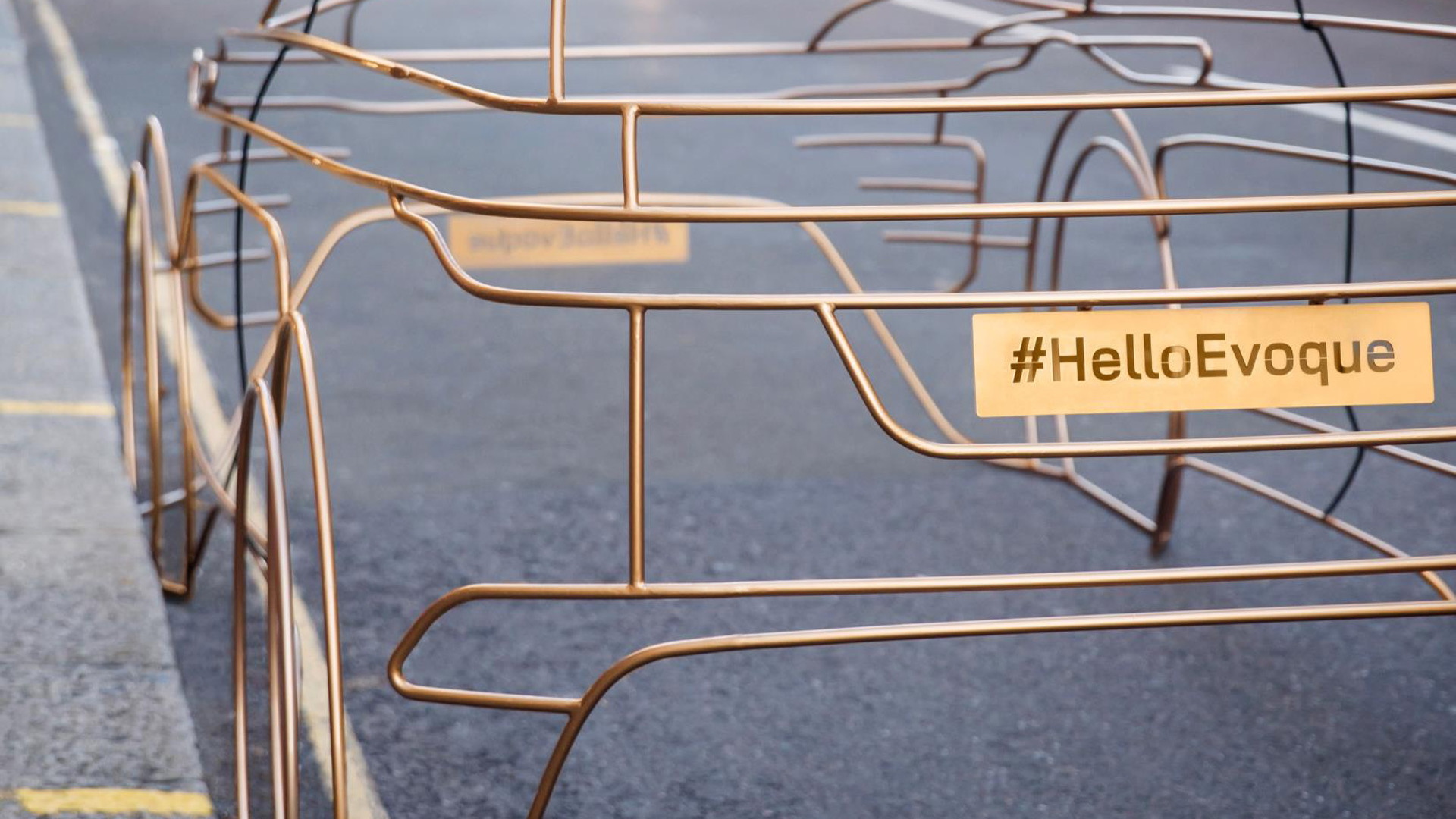 Dynamically designed and arrestingly attractive, the Range Rover Evoque has won plenty of praise since its 2012 debut, even though it may not be the best driving experience in small premium SUV segment.

Land Rover will look to improve on the formula with a redesigned Evoque scheduled for a reveal in London on November 22. The world debut will take place at the 2018 Los Angeles auto show the following week.

To build excitement, Land Rover has parked a handful of brightly colored wire form structures depicting the new Evoque in some of London's most popular spots. Some readers will recall the automaker did the same for the current Evoque Convertible back in 2015.

We've spied prototypes on a number of occasions, with the testers revealing that only evolutionary styling is in store for the new Evoque. Refinement levels are expected to get a boost thanks to a more aerodynamic body, though. And this time around only a five-door body style is expected. 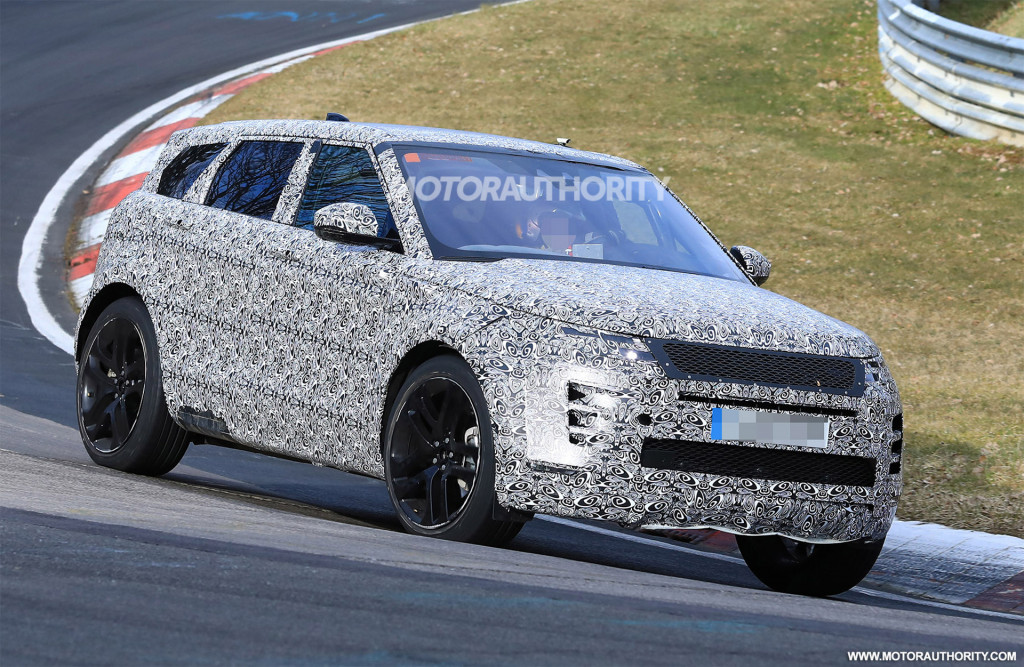 Underneath the sheet metal will sit a heavily updated version of the current model's D8 platform (also referred to as LR-MS). The updated platform, expected to be rebranded Premium Transverse Architecture (PTA), will also feature in an updated Discovery Sport. The updated platform will improve rigidity and stiffness. It will also make it possible for electrified powertrains to be installed.

We've also heard that the platform will enable the new Evoque to be the first model with Land Rover's Transparent Hood technology. First previewed in 2014, the technology uses cameras and projectors to display the ground under the nose of the vehicle, as though the hood and engine were completely invisible. The result is that you can see obstacles and terrain that would otherwise be hidden, thus allowing you to precisely place your front wheels whether off-roading or parking in a tough spot.

Sales should start shortly after the debut at the L.A. auto show which opens its doors November 28. To learn about some of the other vehicles set to appear at the show, head to our dedicated hub.