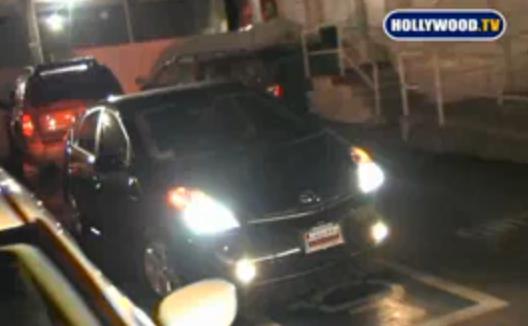 Miley Cyrus backing her Toyota Prius out of handicapped space at Millions of Milkshakes, Los Angeles

Like many of Hollywood's Very Very Very Famous People, Miley Cyrus drives a Toyota Prius. At least some of the time, since we don't know if she's hiding a Paris-Hilton-style Bentley Continental GT in her garage.

But as shown on Hollywood.tv in March, the "Hannah Montana" starlet has clearly parked her black Prius in a handicapped space while grabbing a milkshake from LA's Millions of Milkshakes with then-boyfriend and swimsuit-model Justin Gaston (they split in June) and an unidentified friend.

We're pretty clear that fit young women shouldn't park their cars in handicapped spots unless they're, actually, you know ... handicapped?

We'd also point out that being able to reverse your car out of a parking space is not a cause for extra brownie points, even from pseudo-paparazzi sucking up to you. You have to know how to do it to get a driver's license--which she only did late last year.