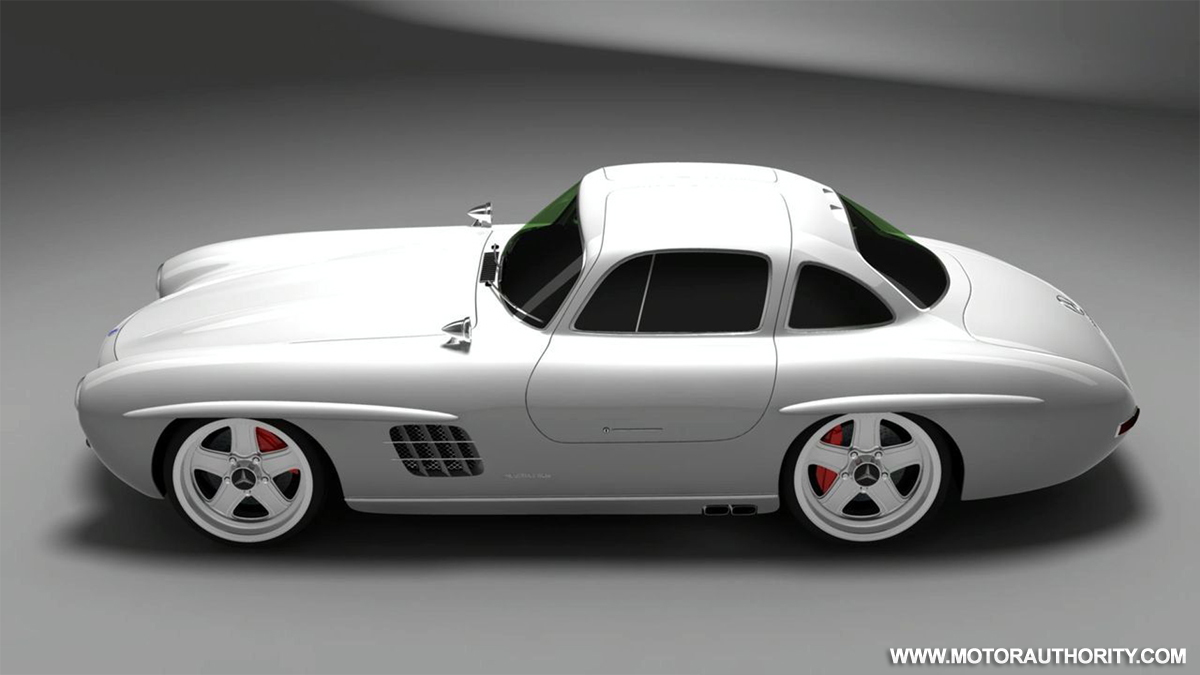 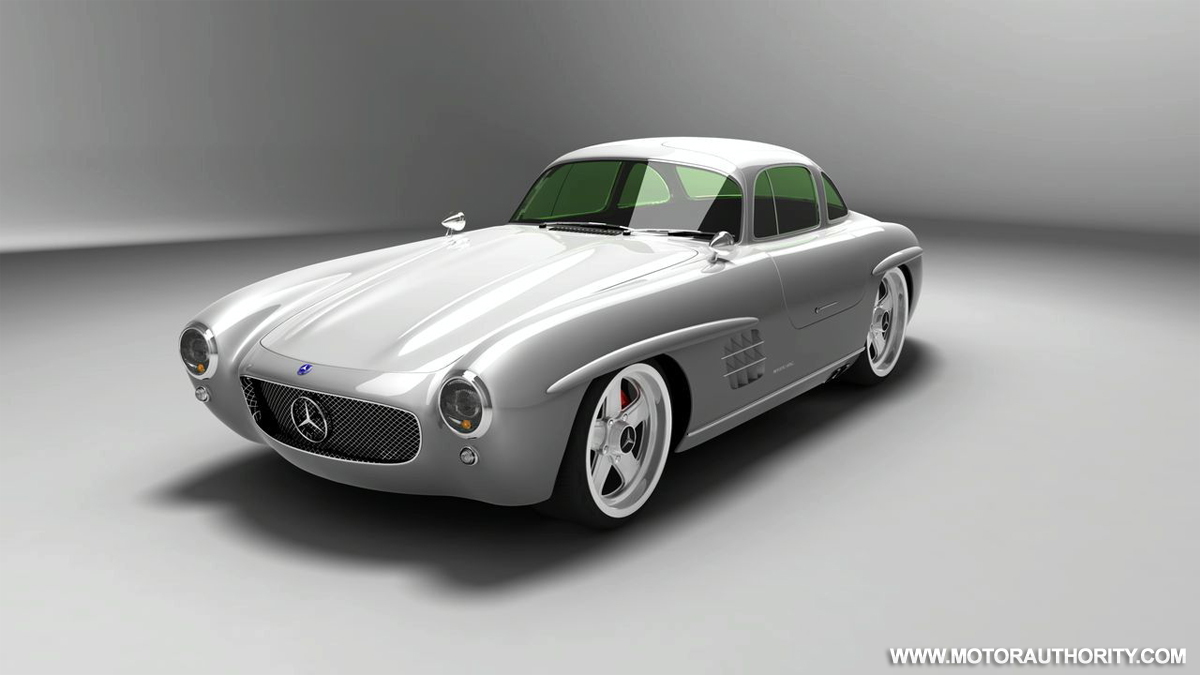 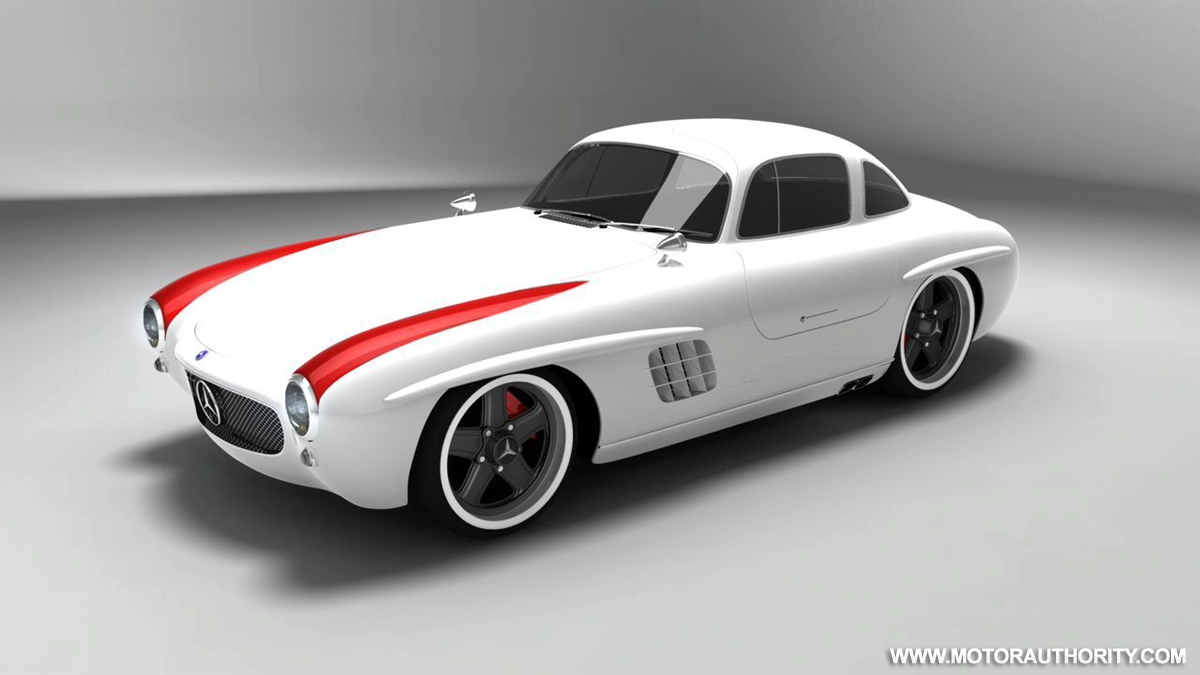 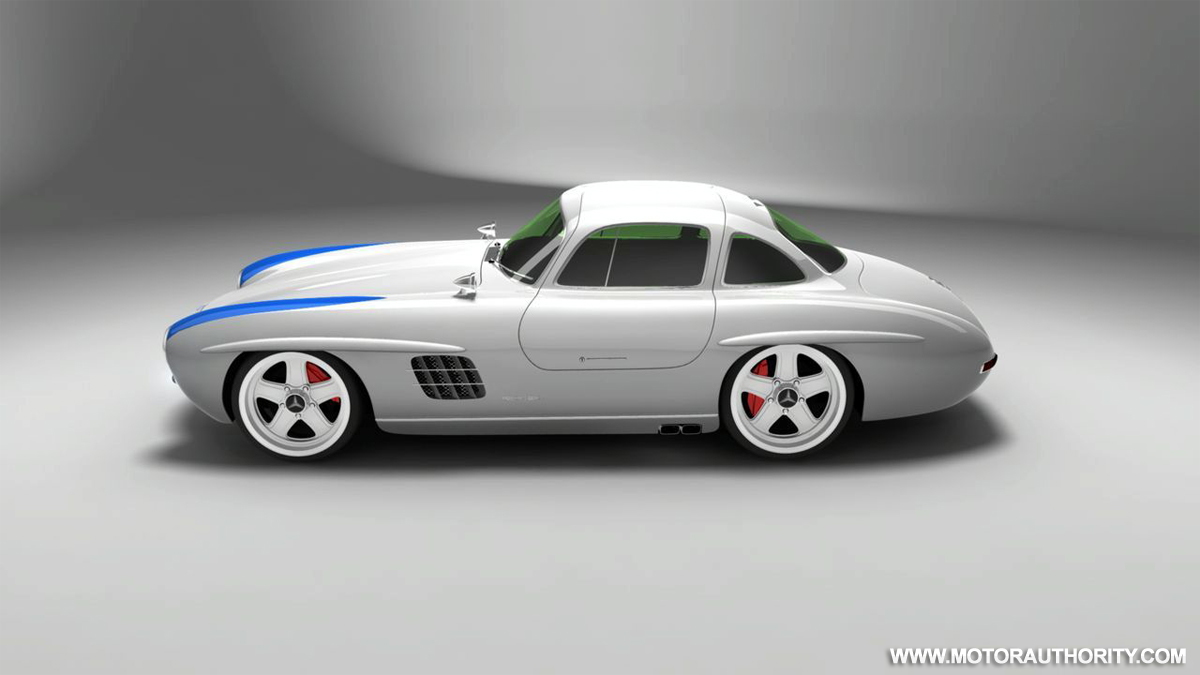 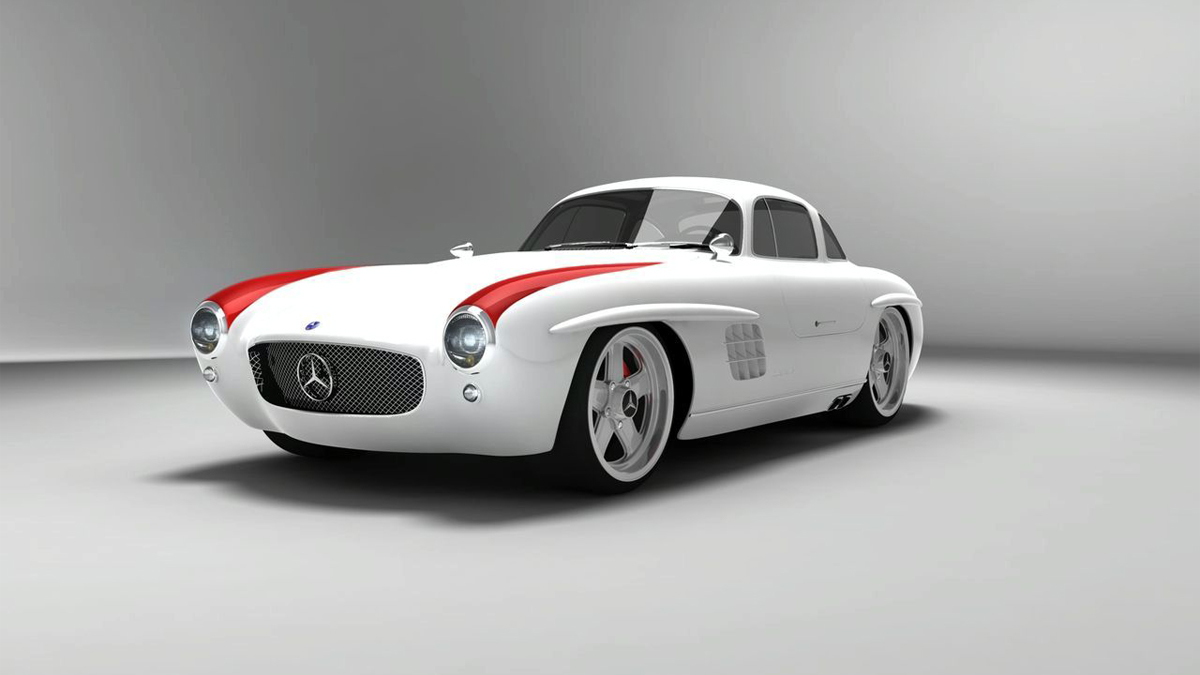 13
photos
Mercedes' own modern re-interpretation of the classic 300SL Gullwing may be lapping the Nurburgring in preparation for its commercial release later this year, but for those of us who would rather something more traditional in terms of styling the folks from Gullwing- America have created their own bespoke Gullwing.

At the moment, Gullwing-America has only released some teaser renderings of a new concept that will, fingers crossed, make it to production in the near future. The pet project of a man by the name of Arutor Alonso, the 2009 300 SL Panamericana is based on a Gullwing reproduction from German company Hoope'r. Gullwing-America claims that this German company produces the closest model you can get to the real Gullwings of old.

Sitting under the hood of the handsome roadster will reside Mercedes' 5.5L V8 engine, the same engine used in previous AMG models as well as in the SLR supercar. The engine will be mated to a six-speed transmission and a specially made radiator and exhaust system to give a final output of around 370hp (276kW) and 390lb-ft (530Nm) of torque. A V6 option will also be made available soon after the initial launch.

Despite its retro-styling, the car will have all the modern conveniences we've come to expect such as power steering, air-conditioning and safety systems. Pricing has yet to be formally announced.