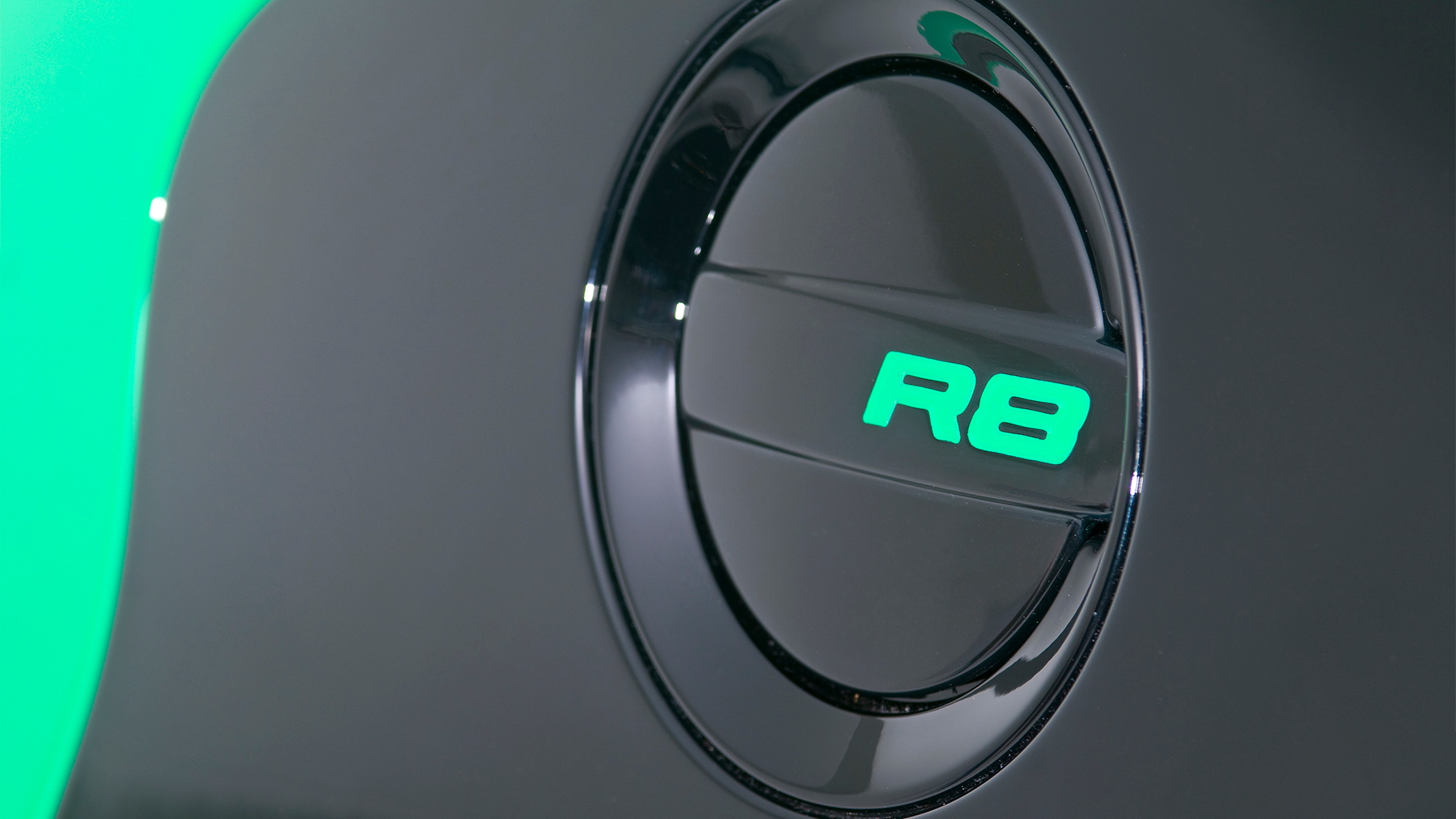 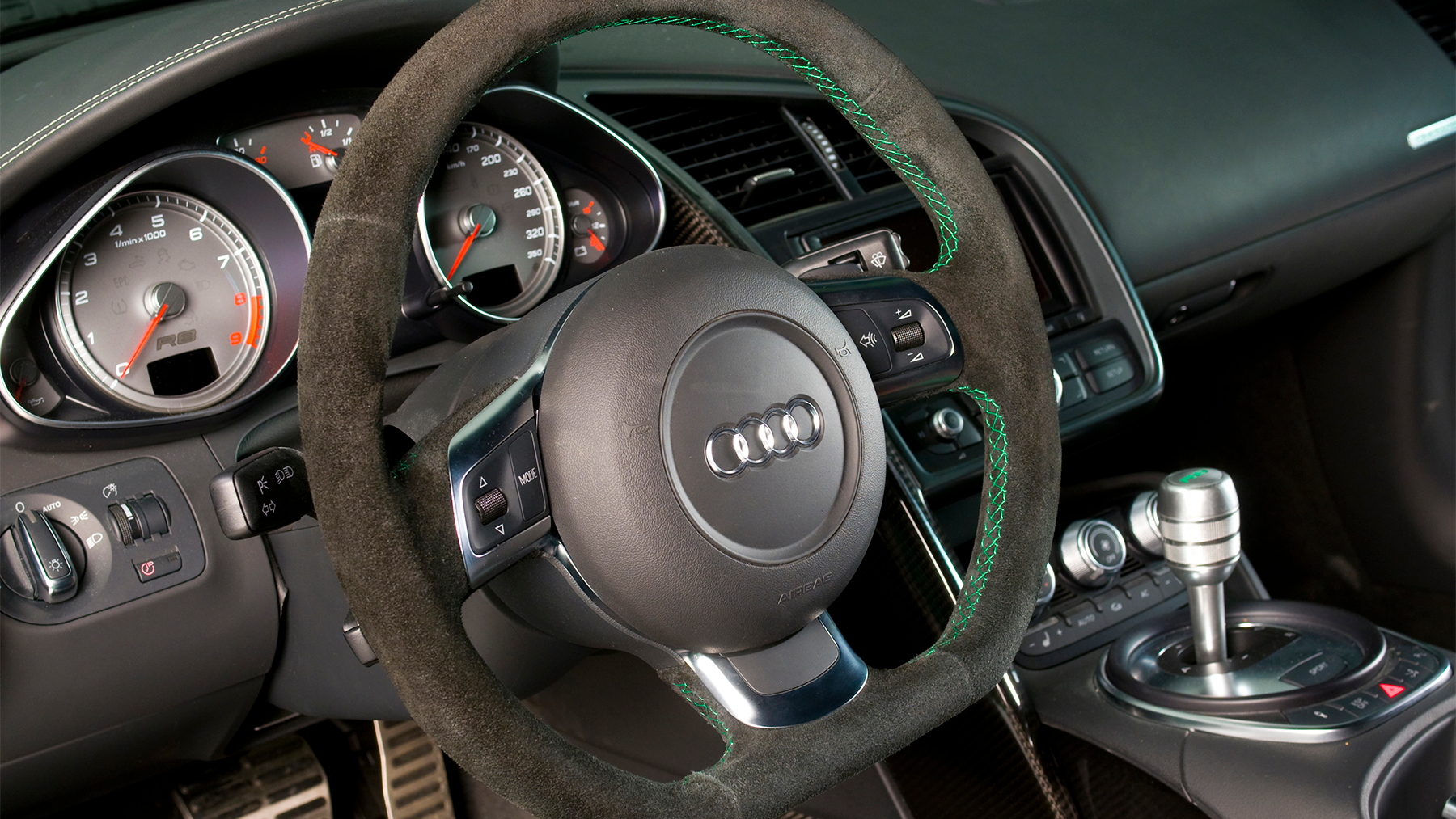 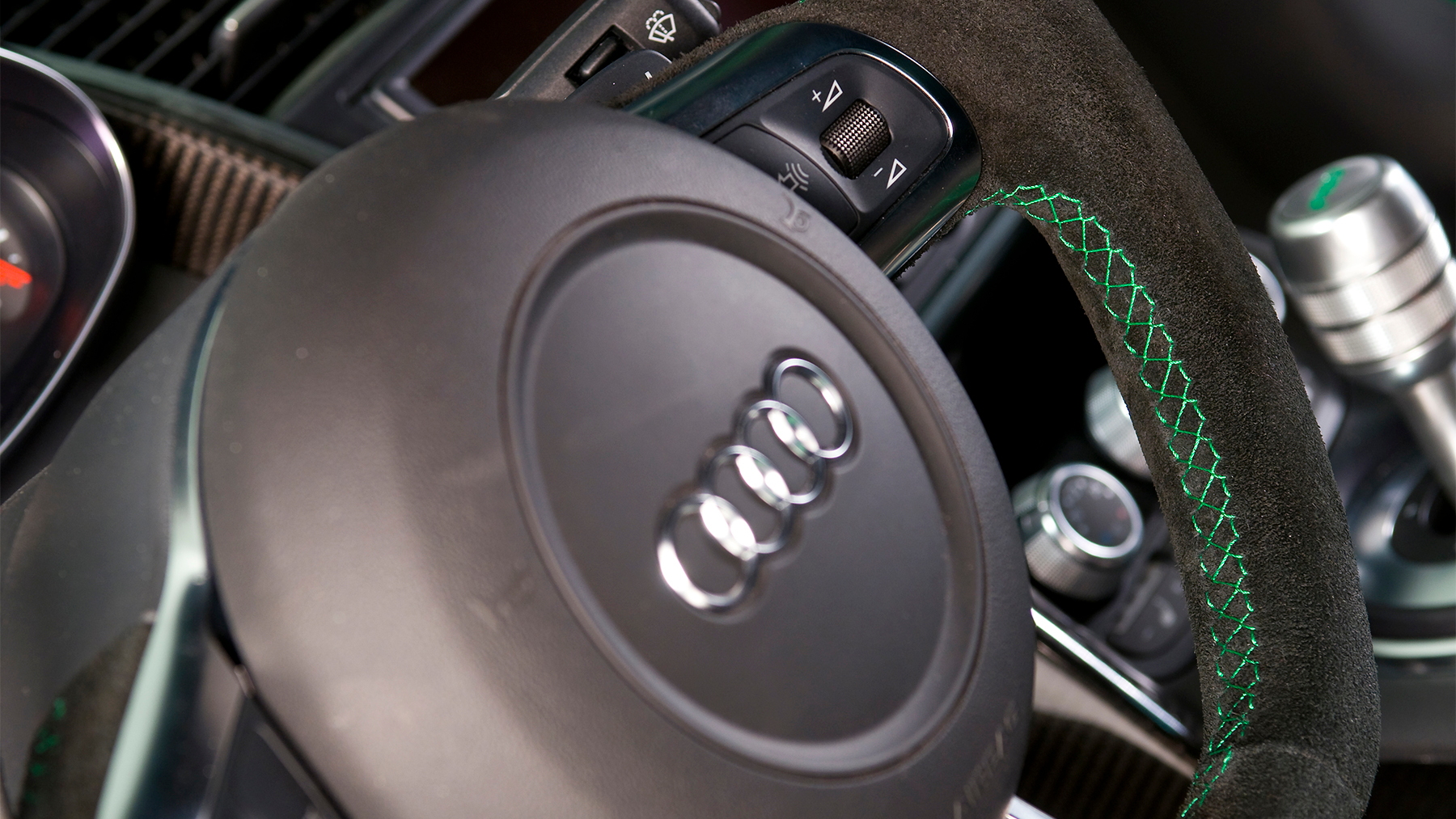 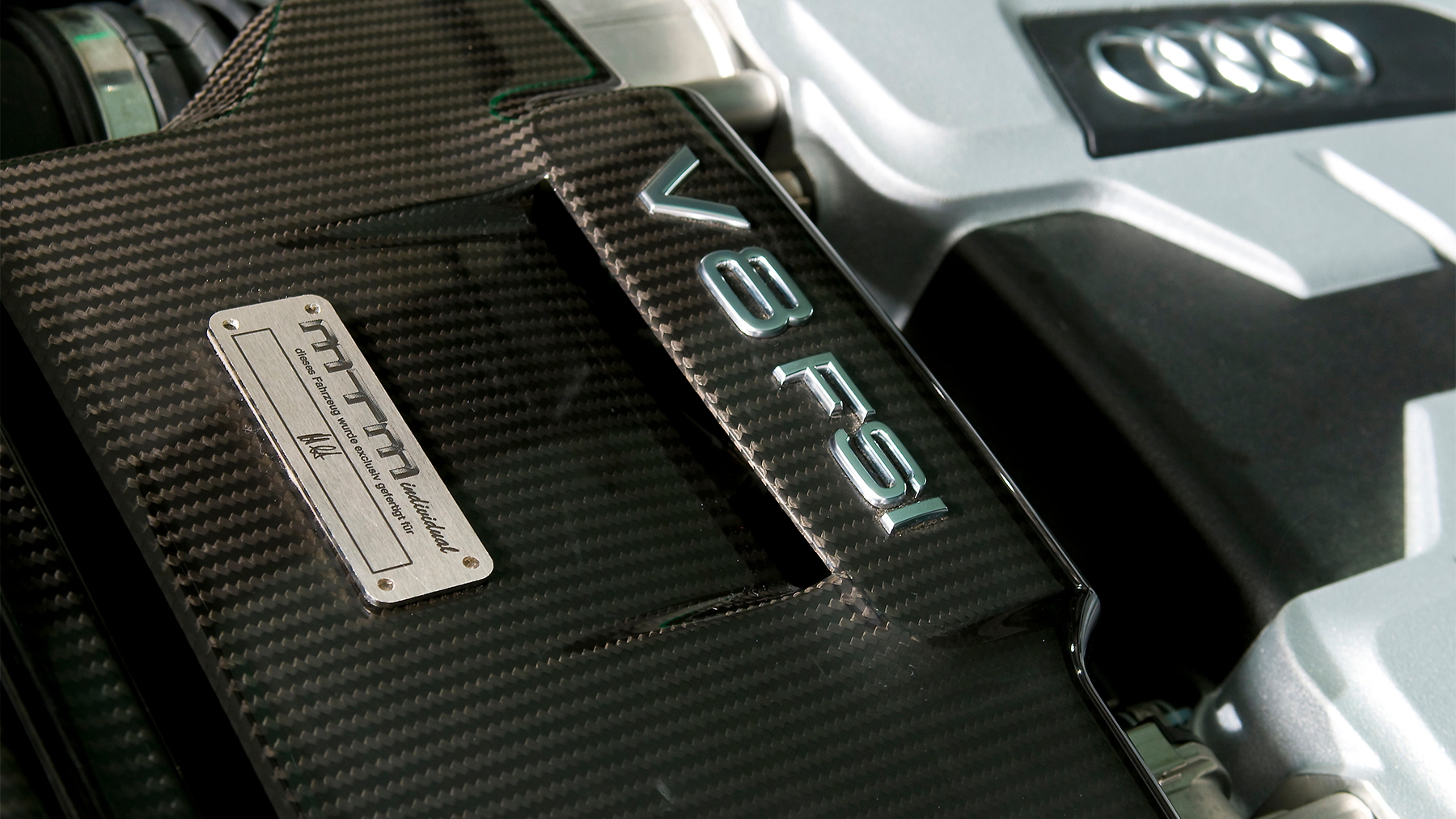 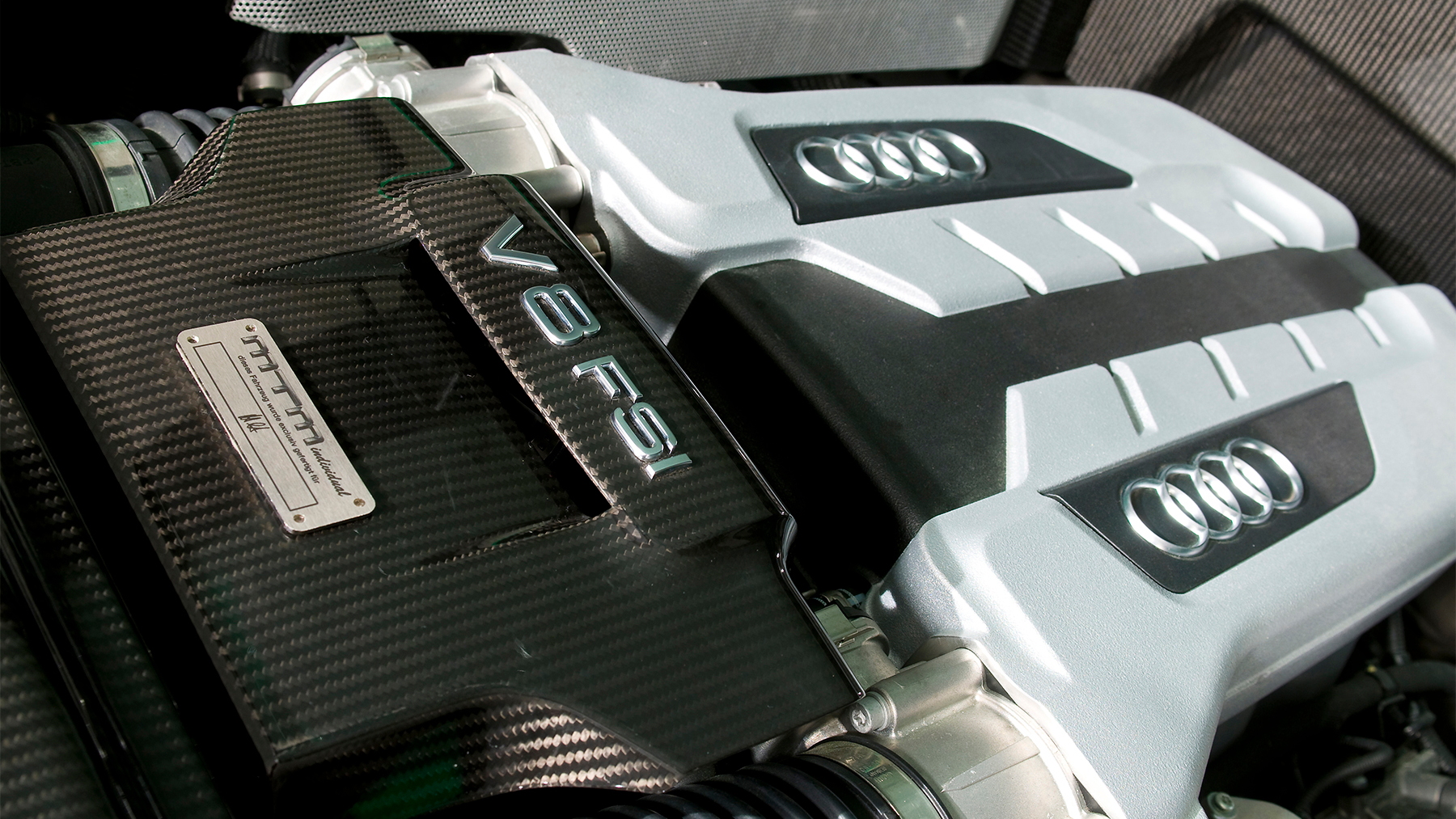 21
photos
Audi’s R8 already delivers stunning performance in standard guise, coming close to rivalling the cars from Ferrari and Lamborghini, but with a little help from Germany’s Motoren Technik Mayer (MTM) there would be no stopping it. The tuner’s latest program for the R8 is without doubt highlighted by its “Porsche 2D8” green paint scheme – the same as the 911 GT3 RS.

Showing MTM’s attention for detail, on all four black brake calipers and on the black fuel cap there is a green “R8” nameplate. The ultra-light MTM Bimoto light alloy wheels measuring in at 20in also features a green nameplate stating “MTM forged” on one of the spokes.

In the interior, the same color repeats at the seams of a suede steering wheel and the “Quattro” nameplate on the glove department flap. Also, the “R8” logo on the gear-shift shines in green.

Other modifications include a new exhaust system with valve control that leads into four black ceramic-coated end pipes. Re-engineered side-blades that direct the airflow from behind the doors right into the middle engine provide the necessary air supply.

In order to transfer the newly gained power on the road, an extensive aerodynamics package renders the necessary downthrust. At the front, a new splitter made of carbon-fiber, which is painted green on the top and matt black on the bottom, thrusts the R8 on the tarmac. The side skirts and the rear diffuser, both also entirely made of green varnished carbon-fiber, hold the rear axle of the car to the ground. Finally, to protect the car from road bumps or garage exits, MTM added its Lift-up-System, which can raise the car a full 40mm.