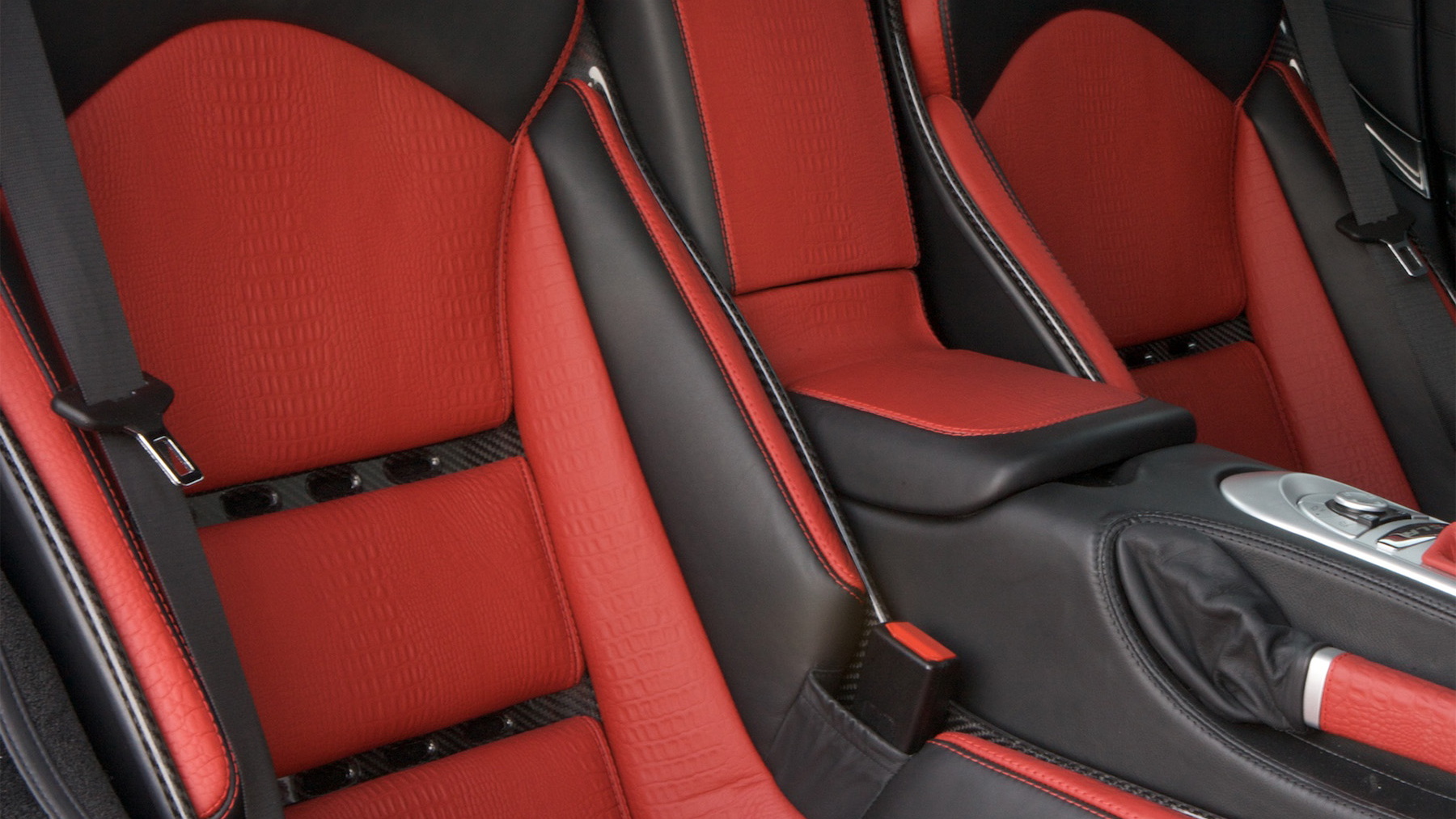 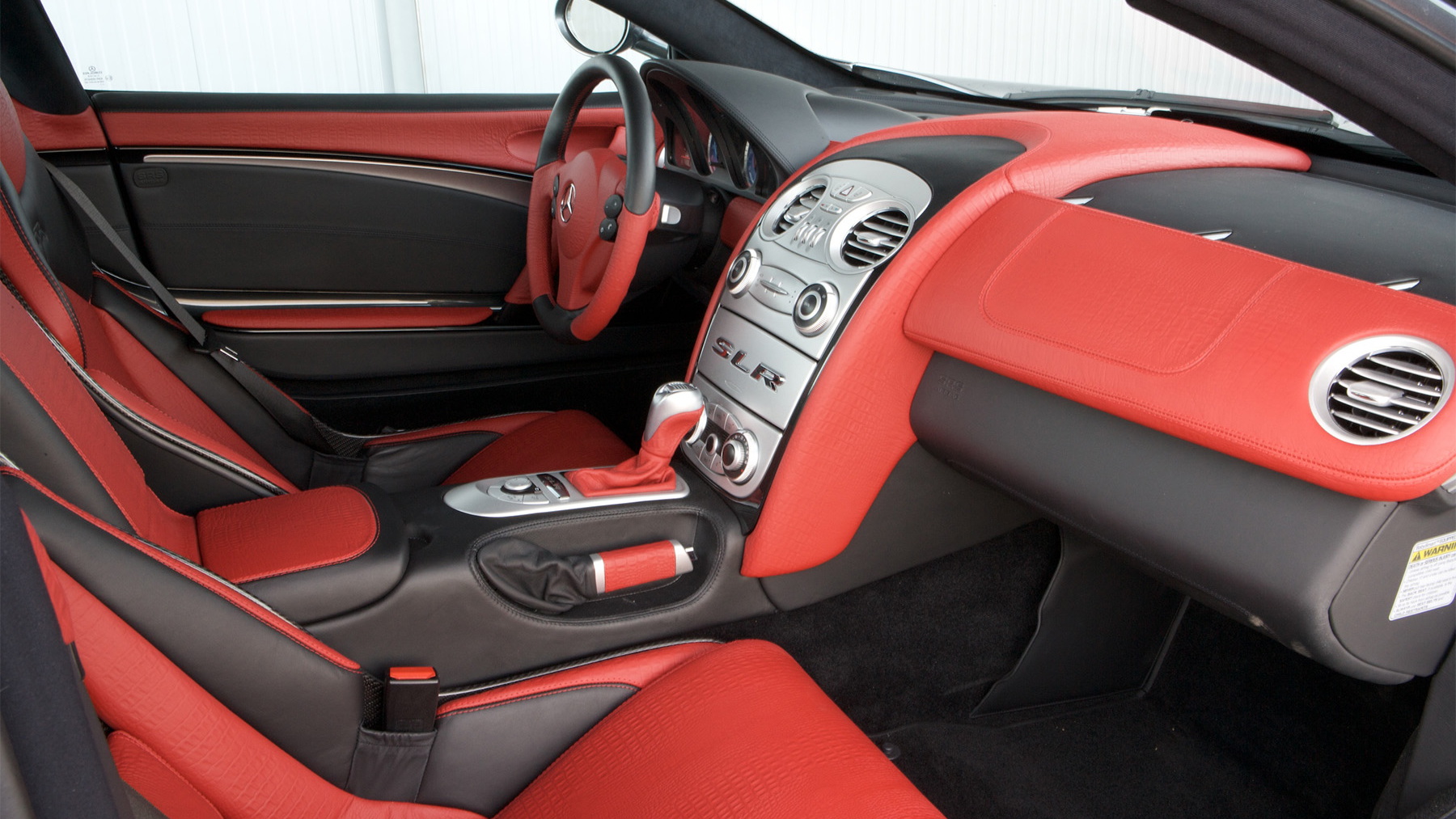 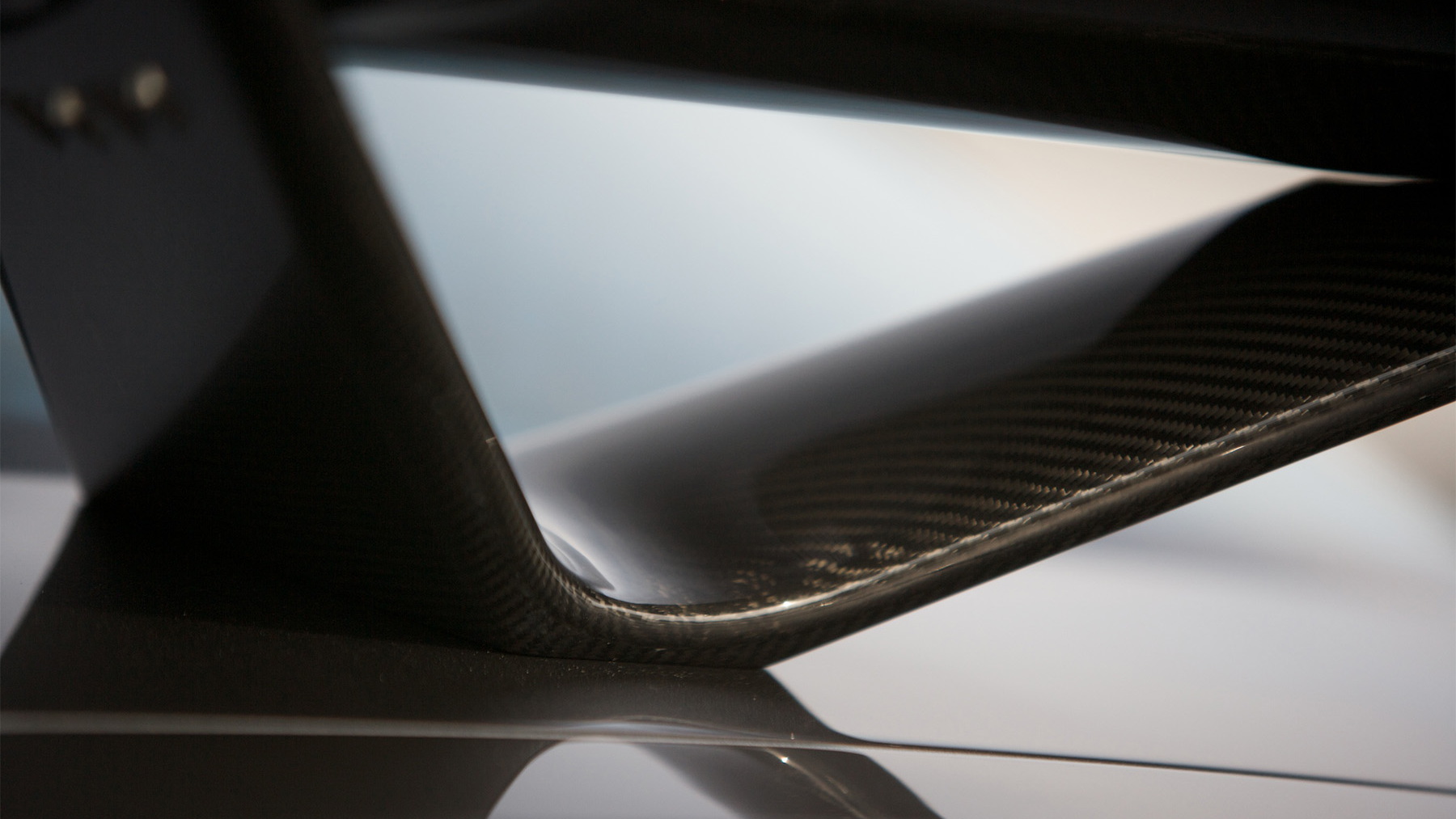 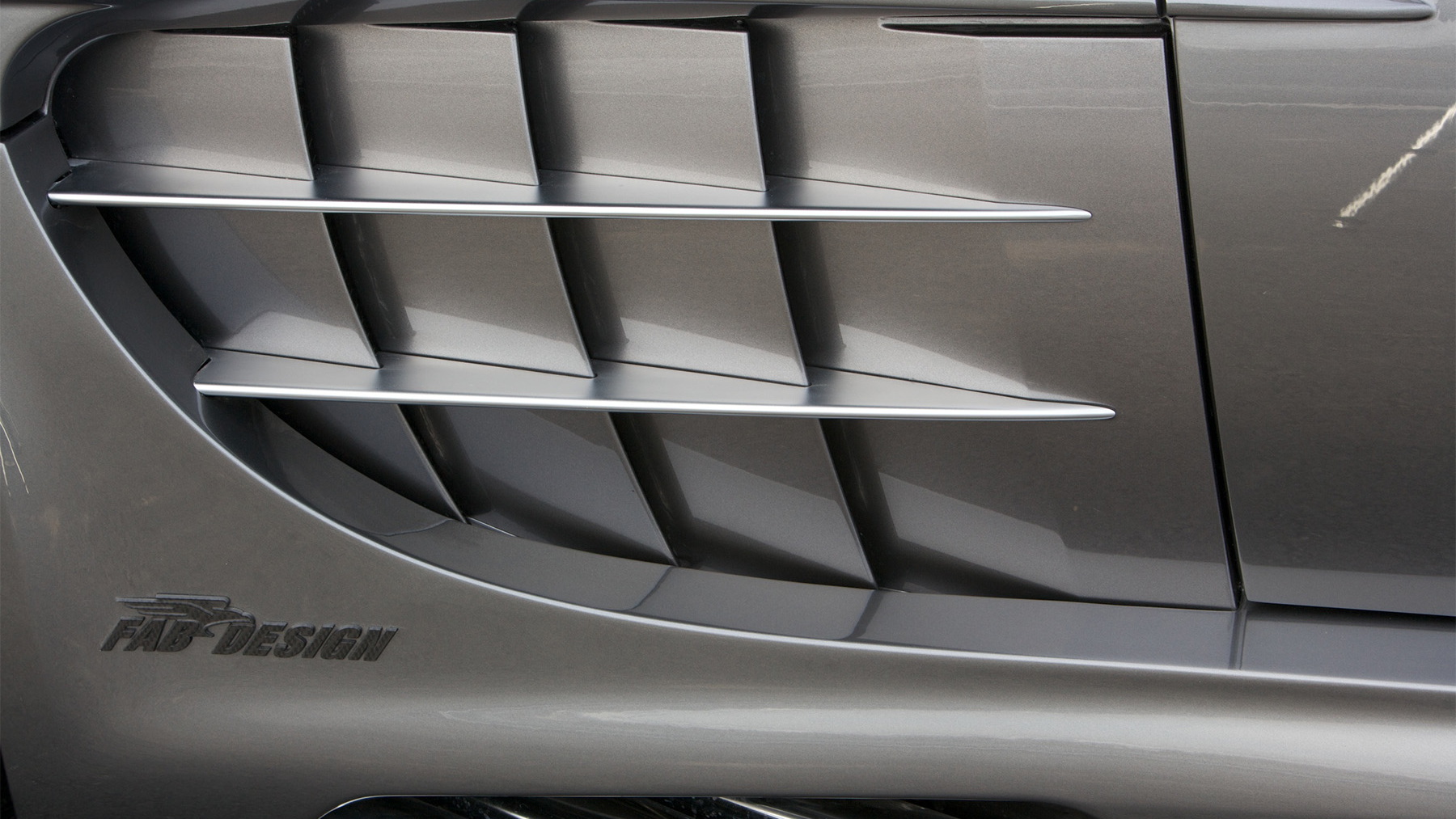 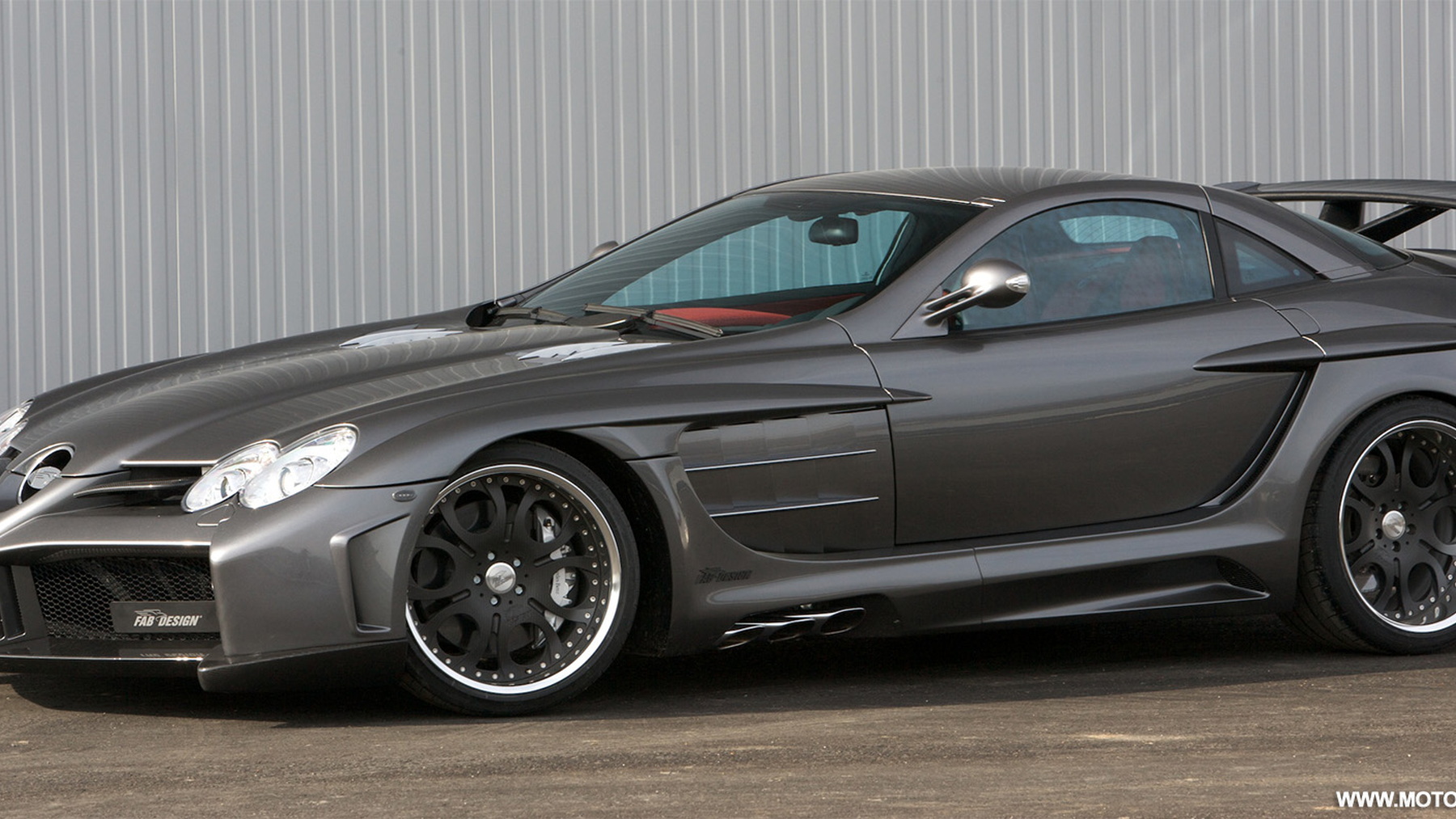 12
photos
Specialist Mercedes Benz tuner FAB Design has already taken on the controversial Maybach 57S limousine this year, but now the company has revealed its most astonishing work to date - this time on the Mercedes McLaren SLR supercar.

The most striking aspect of the FAB Design SLR 'Desire' at first would have to be its wild Batmobile-esque appearance at the front, as well as the extensive aerodynamic modifications at the rear and side. The redesigned body has been manufactured out of carbon-fiber, and certain parts of it remain unpainted to give onlookers a taste of what lies beneath the usual paint.

Apart from the front and rear fenders, it also comprises new side skirts with special recesses for the custom high-performance sports exhaust system whose six - yes, six - exhaust pipes come out on the vehicle's sides as is the case with the standard SLR. The completely redesigned front apron as well as the reshaped bonnet, which is adapted to the style of the new front and to the wider fenders, also helps complete the look.

At the rear, a completely redesigned rear panel houses a huge diffuser that helps improve underbody downforce in conjunction with a giant rear wing spoiler. According to FAB Design, this results in significantly improved driving dynamics, and when coupled with other upgrades such as an improved suspension system and sports tires the SLR Desire should prove to be more agile than its standard counterpart.

Finally, the 'piece de resistance' of the entire vehicle would have to lay under the hood. Thanks to extensive modifications of the engine, the FAB Design powertrain now generates 750hp instead of the standard SLR's 626hp. The maximum torque has been increased from 780Nm to 1,080Nm. The result is that the new SLR "Desire" reaches a regulated top speed of 192mph (310 km/h) and passes the 62mph (100km/h) mark in just 3.6 seconds.

The production run for the car has been limited to 15 units, and despite only being shown at last month's Geneva Motor Show the entire run has already been sold out.