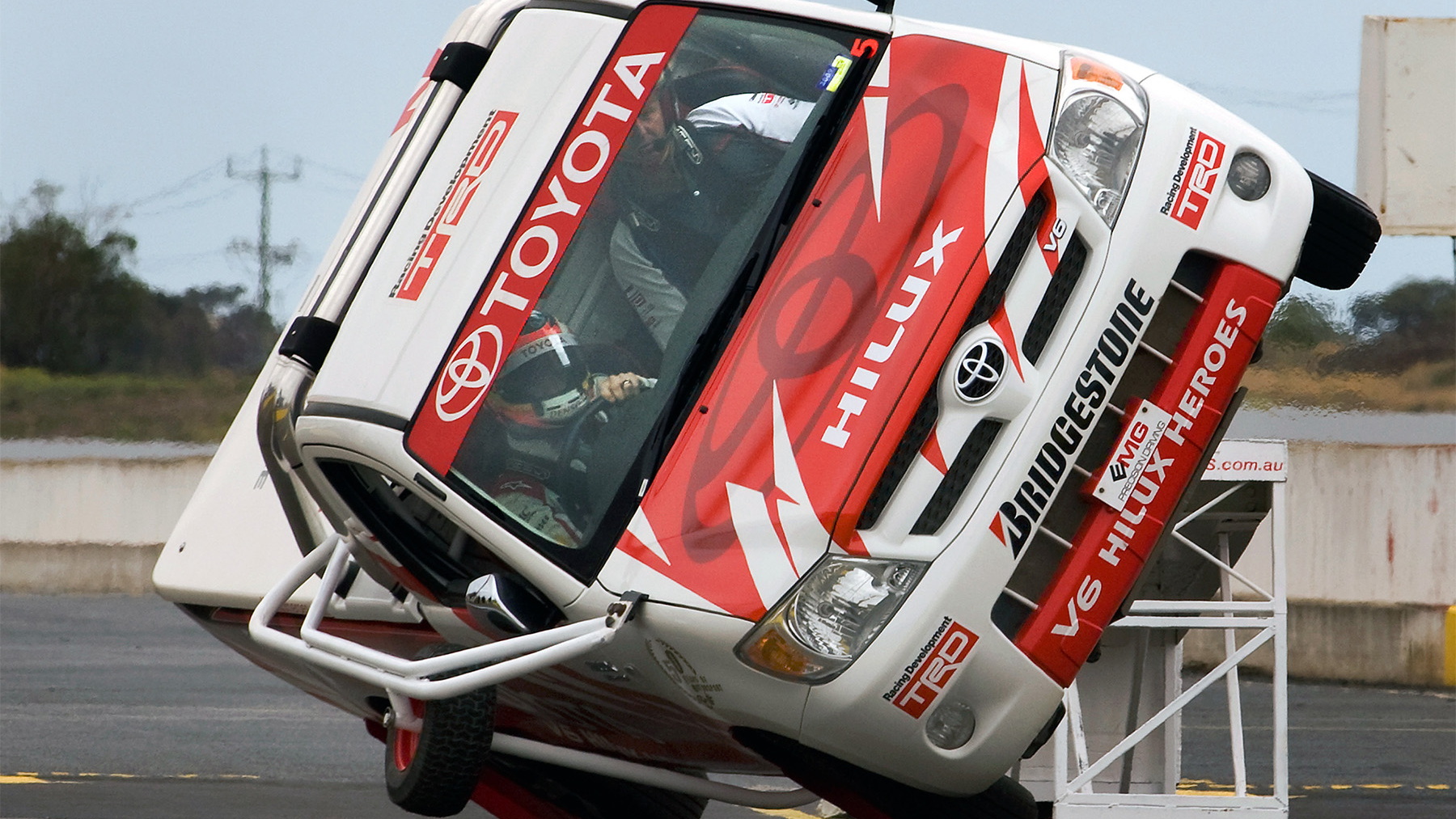 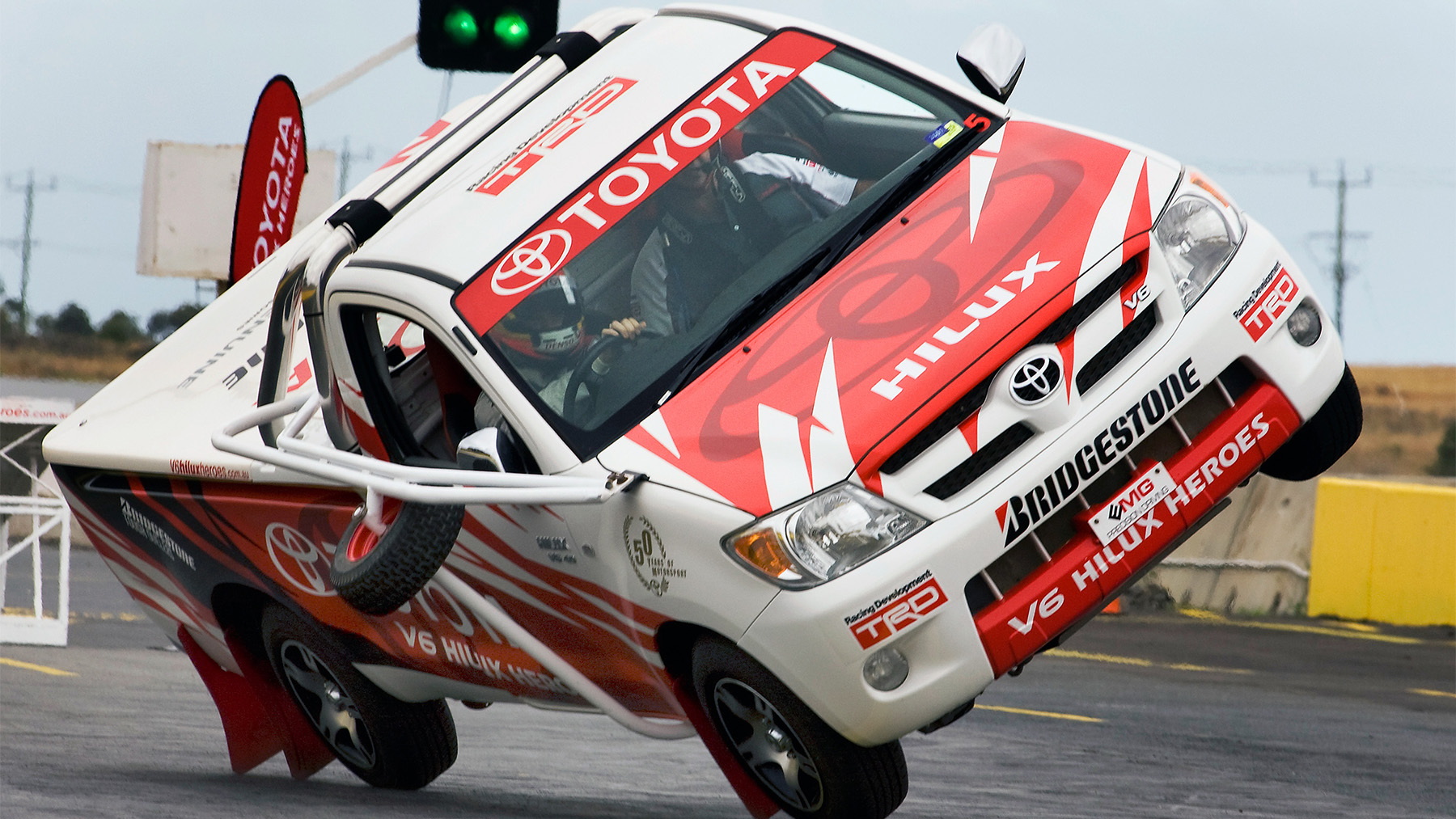 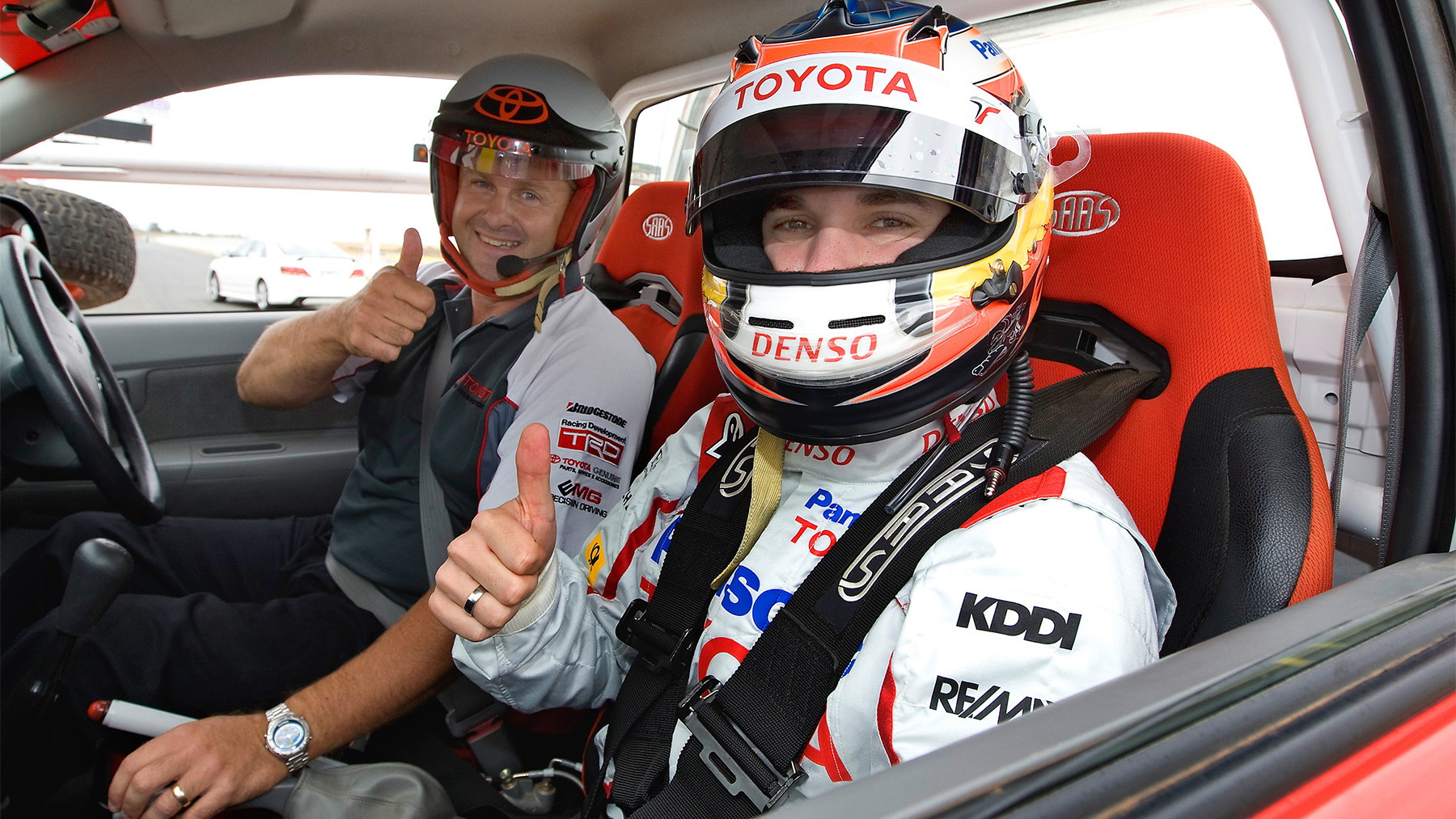 In the lead up to Formula One’s season-opener in Melbourne, Australia, this weekend, Toyota driver Timo Glock has been treated with a ride by the company’s renowned ‘Toyota V6 Hilux Heroes’ stunt driving team. Glock spent the day at Calder Park Raceway north of Melbourne where he learnt the secrets of stunt driving from the team’s professional teachers.

Glock was tutored by Guinness World Record holder, Lawrence 'The Legend' Ryan, and the team's lead driver Jack Monkhouse, who showed off the finer points of two-wheel driving before unleashing the F1 pilot behind the wheel.

Just another example of how versatile F1 drivers really are, Glock managed to master the extremely difficult task of controlling a Toyota Hilux pickup on two wheels on only his third attempt. The 27-year-old German then repeated the feat a number of times - piloting the near-standard Hilux more than 60m on two wheels on his final run.

"This was a lot of fun," Glock said of his stunt driving cameo. "Although, I think it would be a little hard to drive a Formula One car on two wheels."