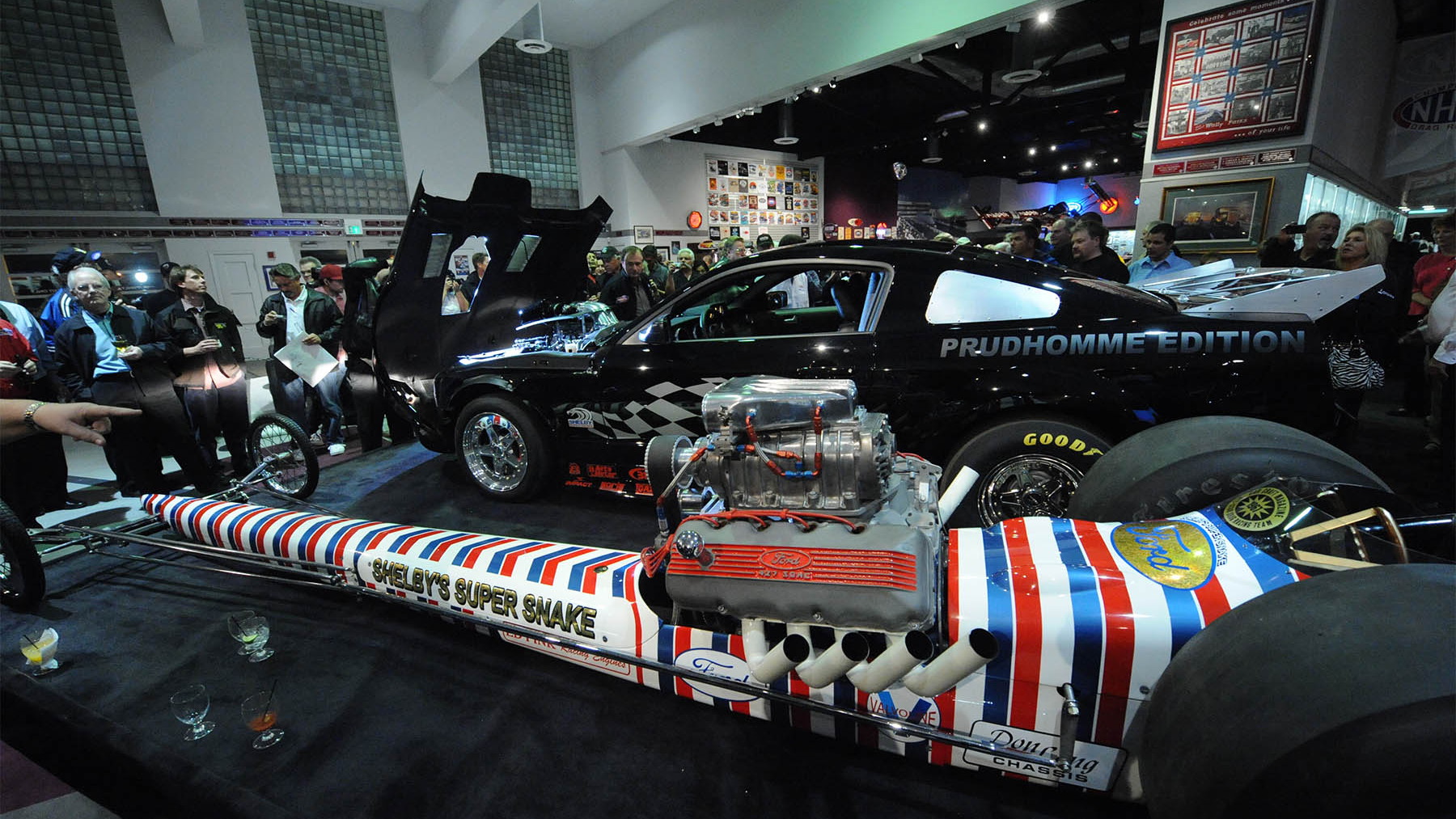 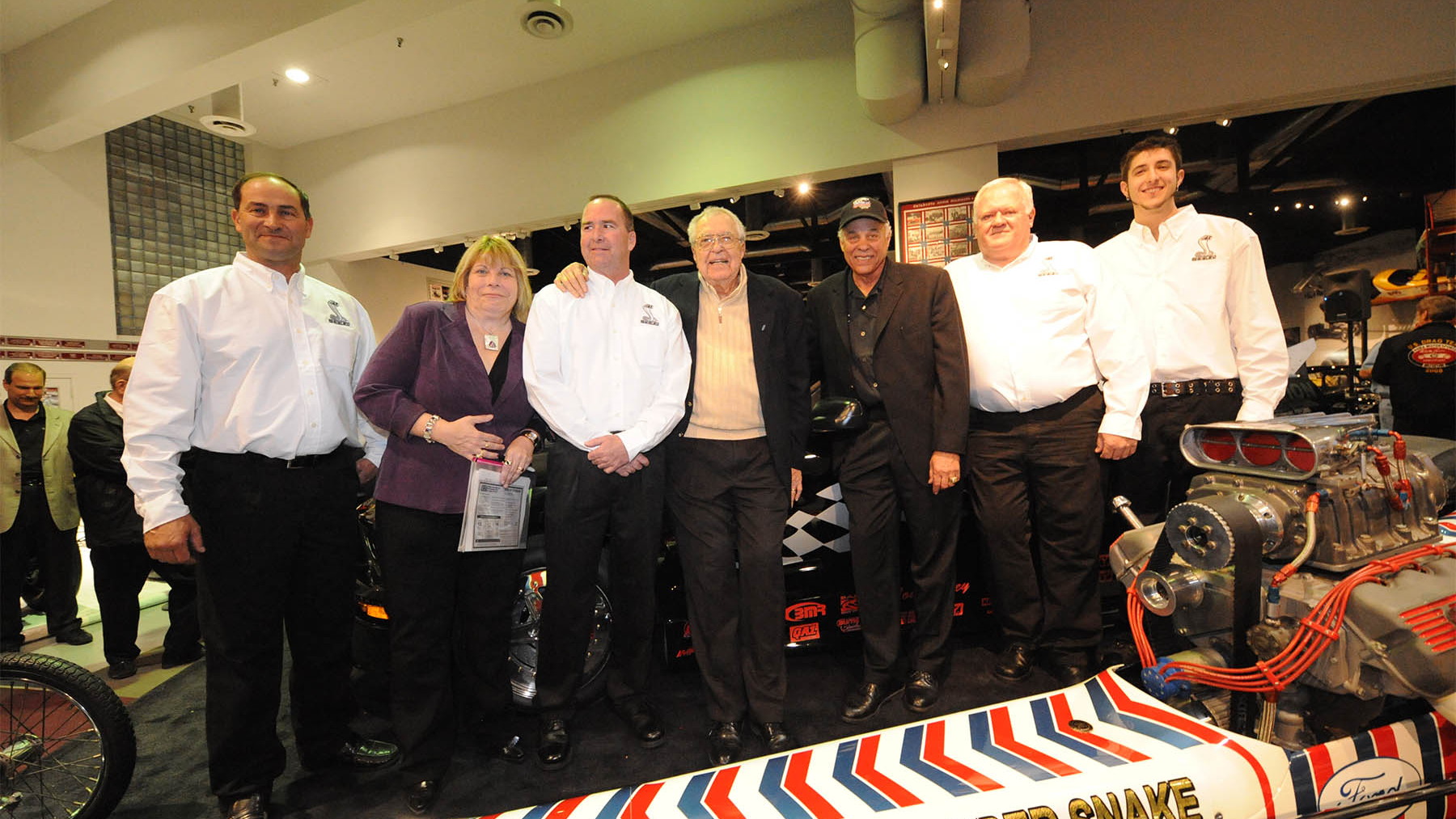 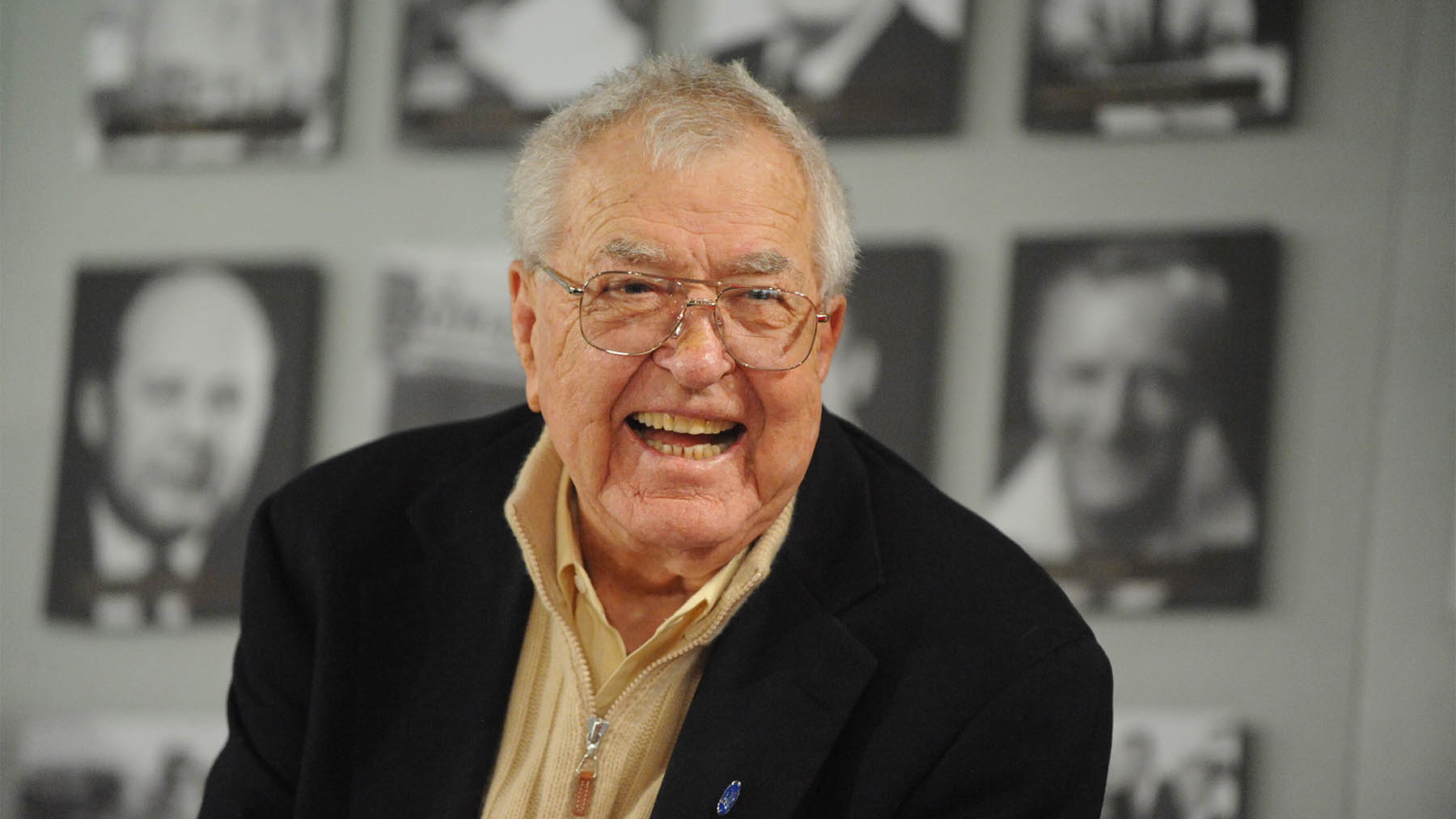 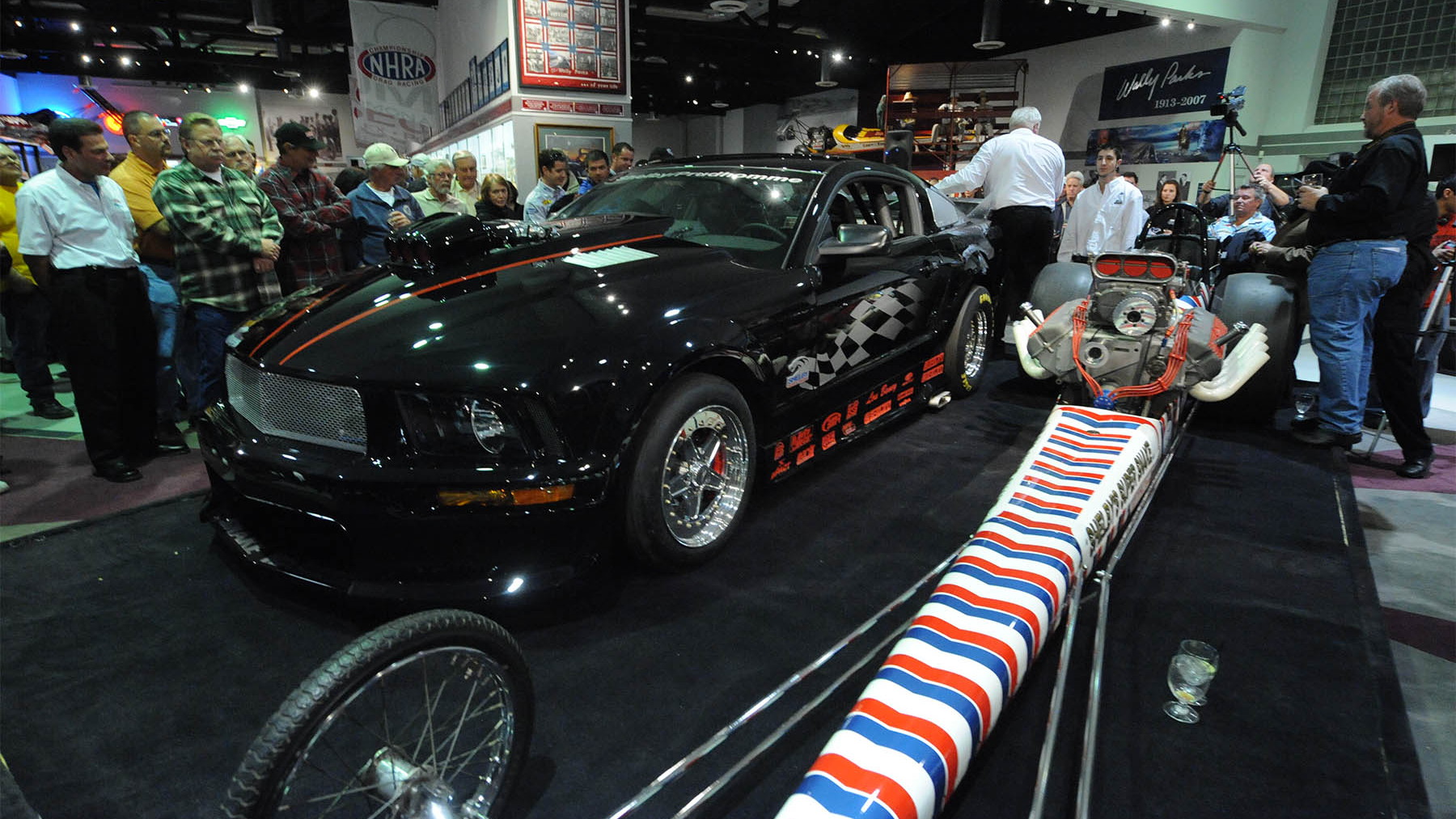 4
photos
Don "The Snake" Prudhomme is one of the best-known names in drag racing, and today Shelby Automobiles announced the legendary duo has rejoined for a limited-edition GT500 conversion. The car will be an 800hp (597kW) drag-race special bearing both Prudhomme's and Shelby's names.

The Shelby-Prudhomme pairing goes back to 1968, when Carroll Shelby became Prudhomme's sponsor in the Top Fuel class. “Don is an exceptional drag racer and I’m proud that he drove my first Top Fuel car in 1968,” noted Carroll Shelby. “By leveraging Don’s experience, we turned a really good car into a great drag racer that will beat up on the MOPAR and bow tie brigade right out of the box.”

The Prudhomme-Shelby GT500 isn't the only factory-special drag racer - Dodge has released a special-edition Challenger designed specifically for the strip with a shorter wheelbase, stripped-out interior and a host of other modifications. Nevertheless, Shelby is confident the Super Snake will hold its own.

Though the car is intended specifically for the drag strip, it's also road-legal and promises to deliver serious fun on the street and show circuit as well as at the track.

"The thing I really think is cool about this car is that you can drive it both on the track and on the street,” said Prudhomme. “It reminds me of how drag racing used to be back in the day when we would drive our cars to the drag strip, race them, and drive them home at the end of the day. That's maybe the neatest thing about this car.”