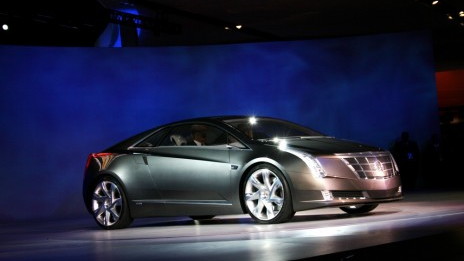 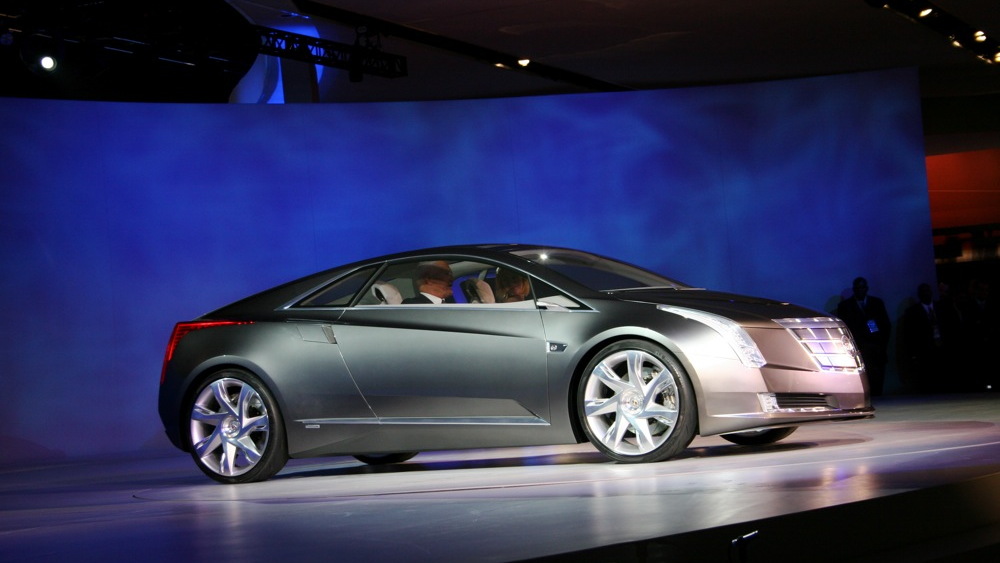 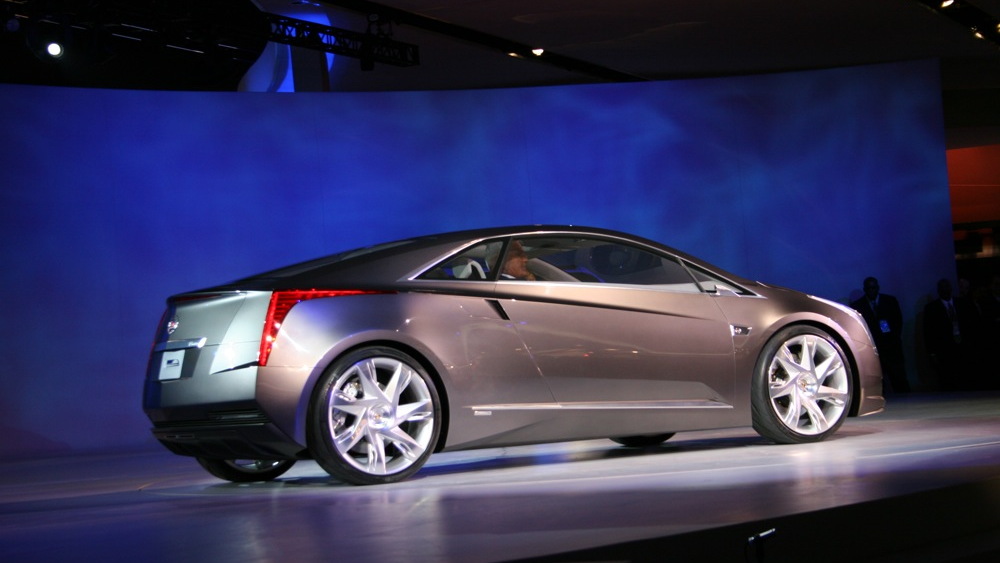 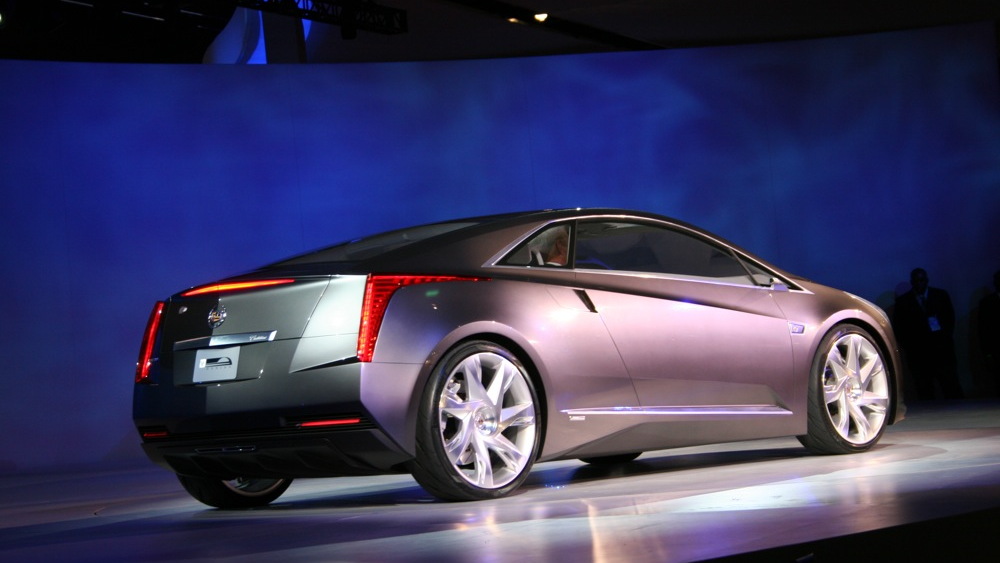 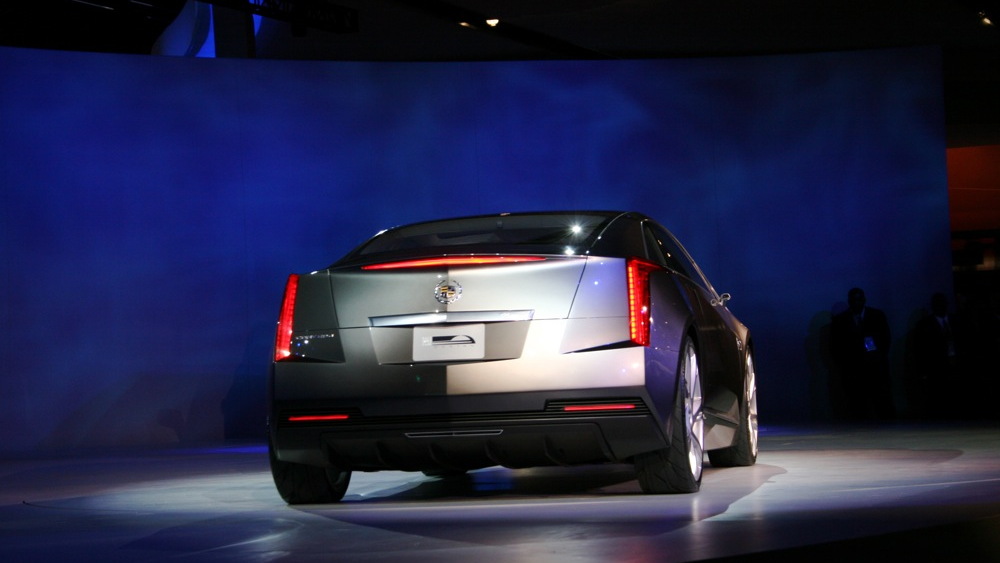 General Motors Company [NYSE:GM] unveiled a further glimpse at the potential of electric propulsion today, this time in the form the Cadillac Converj Concept. The new show car was developed as an upmarket GT with a bold design and a bevy of advanced powertrain technology.

The four-passenger Converj concept is intended to show how GM’s electric propulsion technology – called Voltec – can power a luxury coupe. The technology enables up to 40 miles of petrol and emissions-free electric driving with extended-range capability of hundreds of miles.

Cadillac’s extended-range electric vehicle (E-REV) concept has a new body style that is an evolution of the brand’s traditional Art and Science design theme, with an aggressive forward-leaning arc profile dominating the design.

The concept’s Voltec electric propulsion system is made up of a 16-kWh, T-shaped battery, an electric drive unit, and a four-cylinder engine-generator. It uses electricity as its primary source to drive the car. A thermally managed battery pack contains more than 220 lithium-ion cells that provide the primary power to drive the Converj electrically up to 40 miles without using fuel or producing tailpipe emissions. The battery is integrated into the Converj’s chassis and stores electricity from the grid when the vehicle is plugged in. It takes less than three hours to recharge the battery at 240V, or about eight hours from a 120V outlet.

When the battery’s energy is low, the Converj seamlessly switches to extended-range mode. During this secondary level of operation, electricity needed to power the vehicle is created on-board by a flex-fuel-powered engine that operates much like a home generator to create electricity.

Whether in electric or extended-range mode, the Converj is propelled all the time by an electric drive unit. It converts electrical energy from the battery or the engine-generator into mechanical energy to drive the front wheels. It also delivers 273lb-ft (370Nm) of instant torque, for a quick launch, and 120kW of power. The top speed is 100mph.

To enhance the ride feel, the Converj also features GM’s Magnetic Ride Control, and for greater efficiency, energy during braking is captured and stored in the battery.

Styling features include a sweeping body line with 21in wheels up front and 22in units at the rear. The concept’s exterior is painted a dark silver tri-coat called ‘Reaction,’ and is joined by an all-glass roof that incorporates solar panels to help offset power drained from the vehicle’s accessories.

Inside, there is a 2+2 configuration that is trimmed in contrasting white and black leather trim, as well as polished aluminum and wood grain accents.