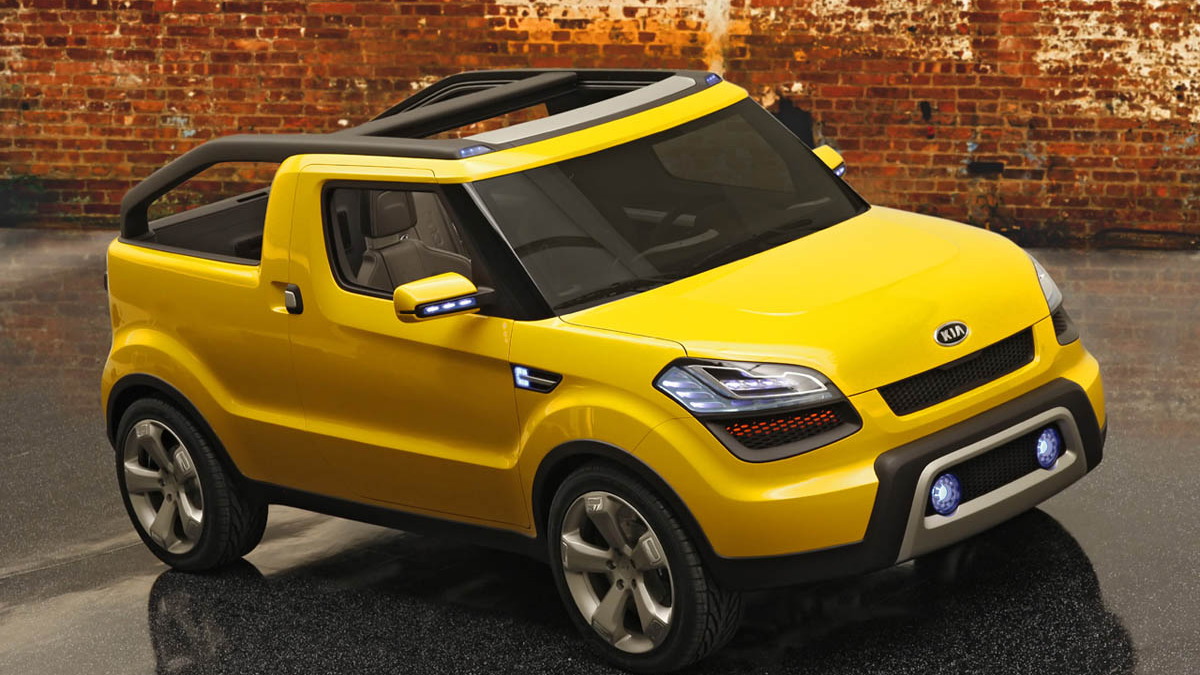 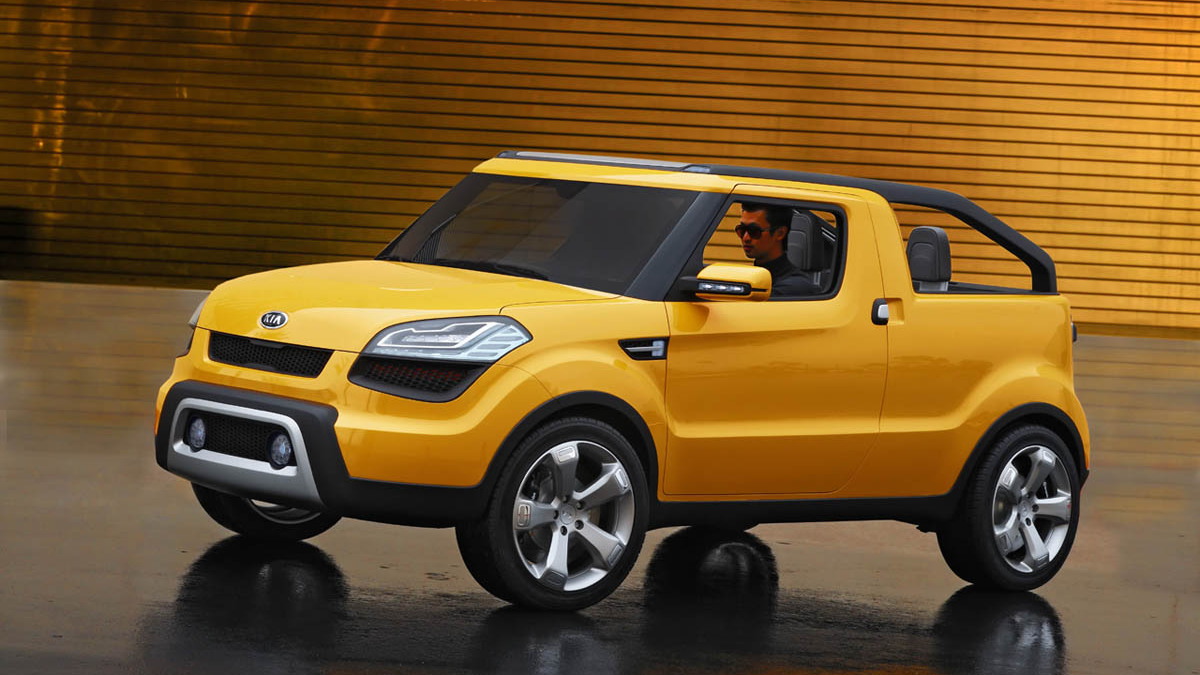 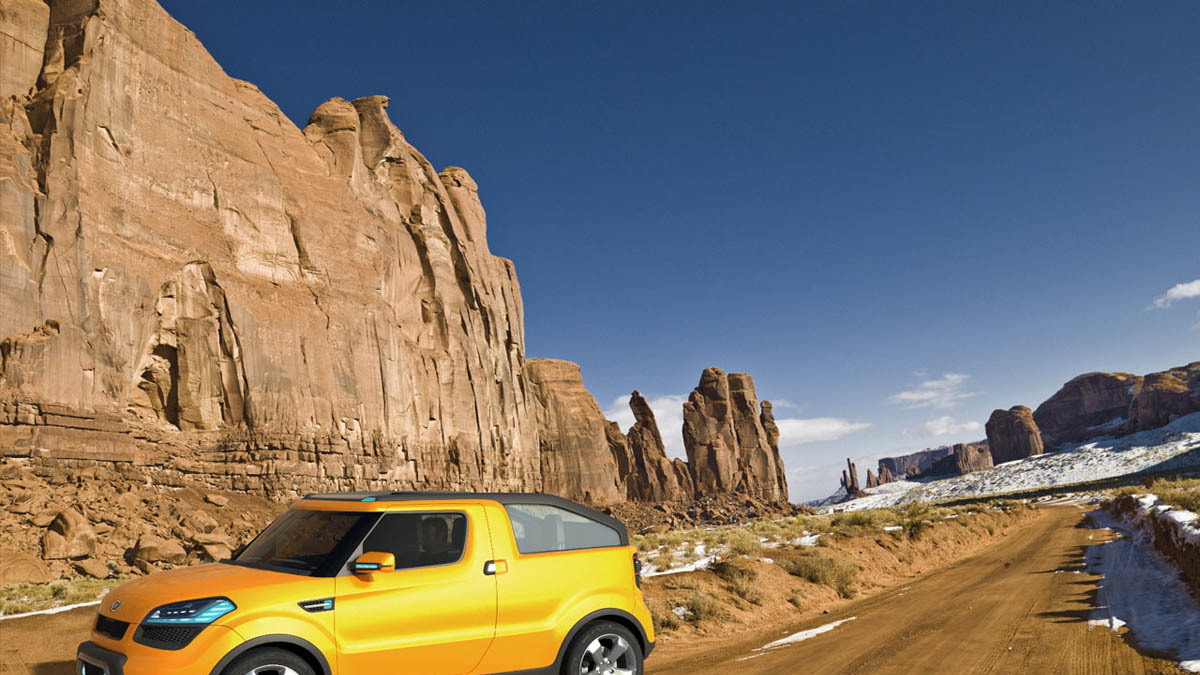 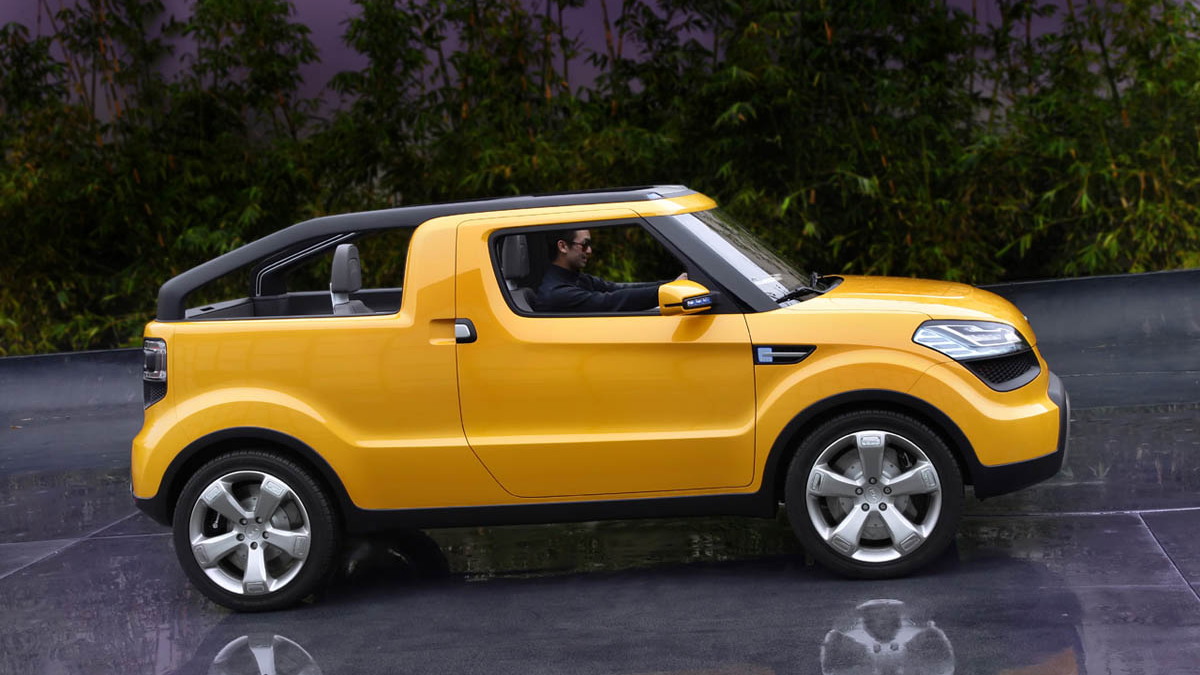 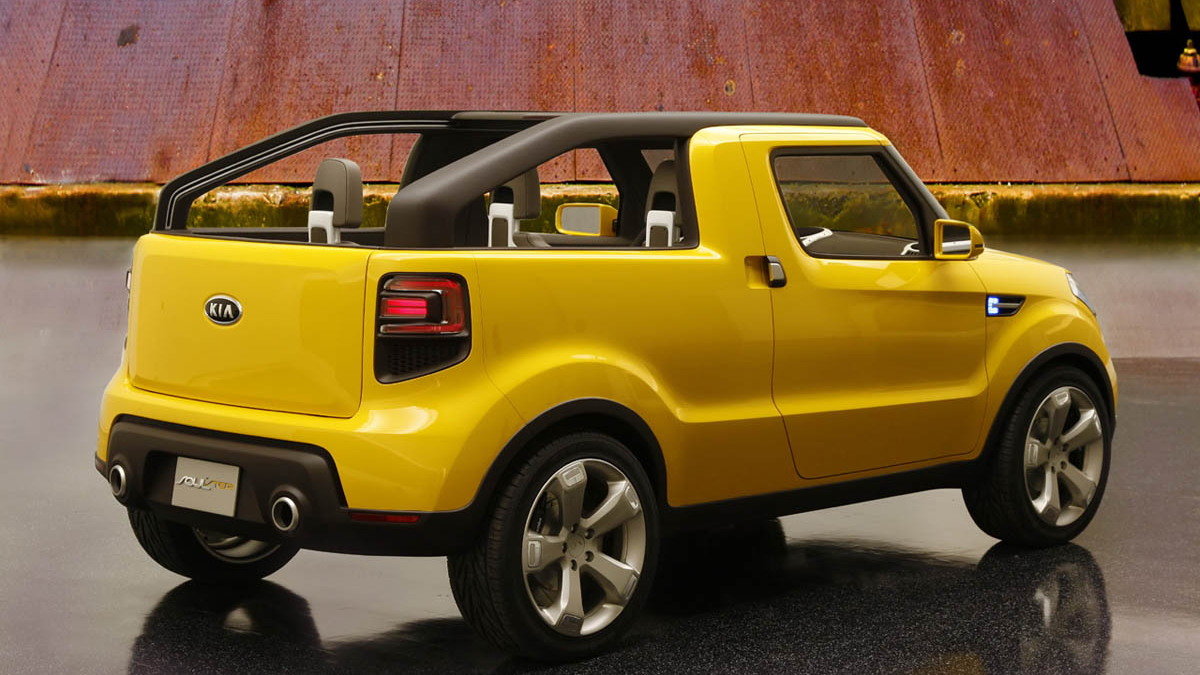 20
photos
Kia's 2010 Soul hatch just made its debut at the 2008 Los Angeles Auto Show in November, but already the South Korean carmaker is teasing the upcoming hatch with a new concept vehicle that was unveiled at this week’s Detroit Auto Show. The concept is the new Soulster mini pickup and it is described as an open-air urban crossover.

With young-at-heart buyers’ budgets in mind, the Soulster is an economic FWD vehicle that shows the flexibility of the new Soul platform. Along with a brightly colored “Soul’r yellow” paint finish, and a shortened windshield, the Soulster has a tough but refined character.

A two-piece top enables passengers to expose the front and back seating areas independently. The roll bar, meanwhile, serves a dual purpose and includes a place for the slider tracks, while providing protection not found in traditional convertibles.

The distinctive look carries from front to rear with dual chrome exhaust and polished aluminum exhaust tips featuring carbon-fiber interior sleeves. Completing the look is a set of 19in aluminum alloy wheels.

Kia has confirmed any production plans for its new Soulster, but claims the vehicle can be fitted with a choice of different engines depending upon each market’s needs. A 1.6L, four-cylinder engine is mated to a five-speed manual transmission, which produces approximately 120hp. For those looking for a little more power, a 2.0L four-cylinder engine is available with either the five-speed manual or a four-speed automatic transmission, producing approximately 140hp. Fuel economy for both engines is estimated at 30 or more miles per gallon. Other markets might choose the 1.6L four-cylinder engine producing 124hp or a 1.6L turbodiesel.