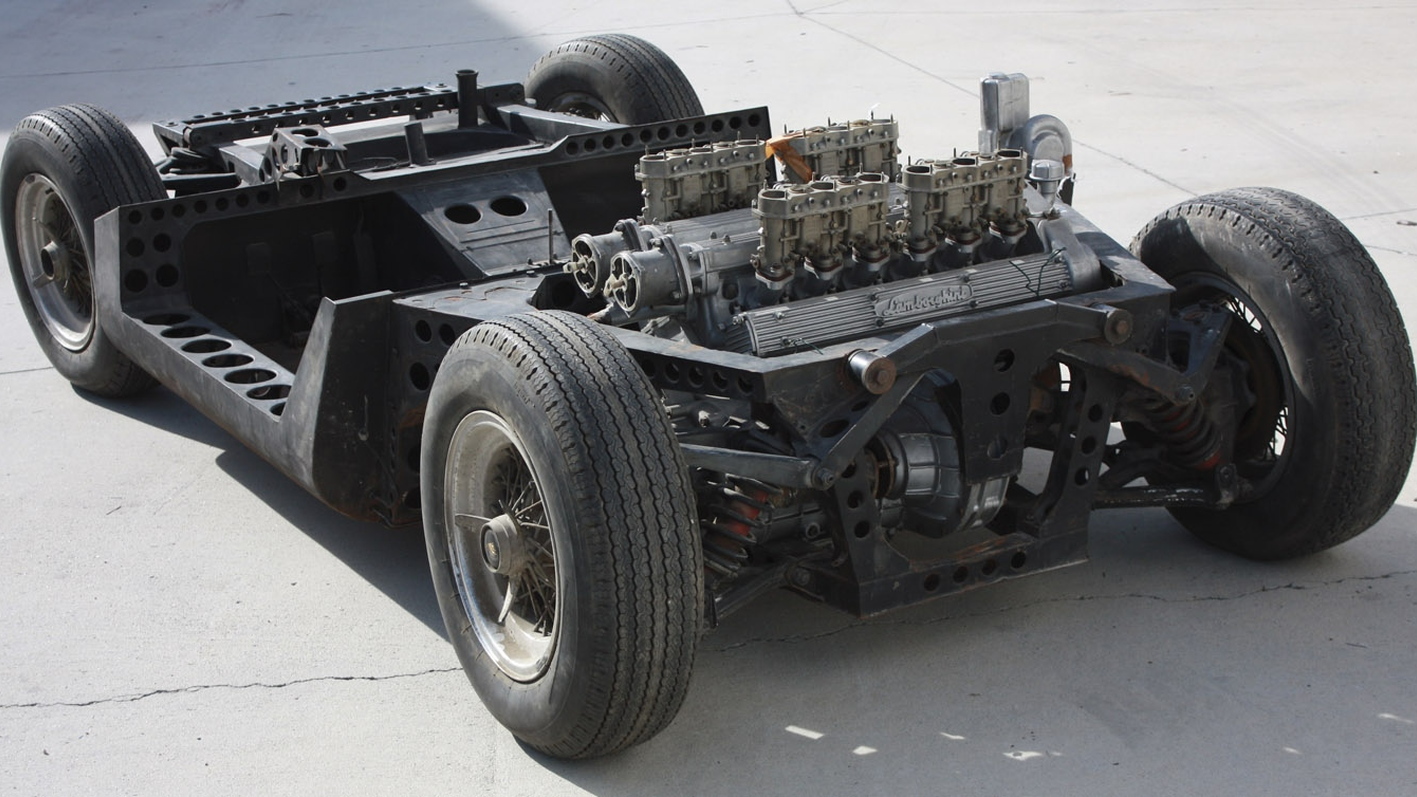 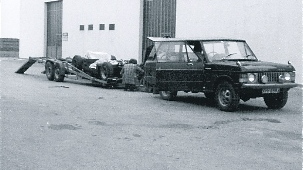 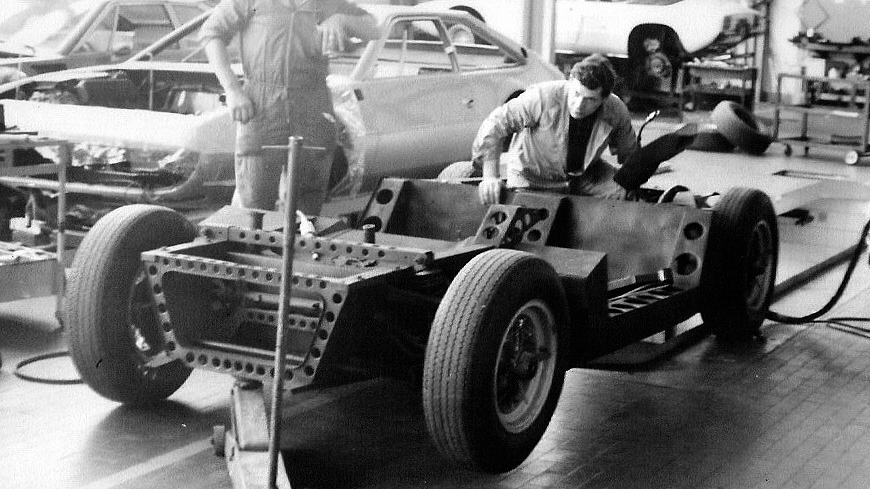 3
photos
Originally shown at the 1965 Turin Salon, the Lamborghini Miura show car chassis has been in storage since 1978 on the island nation of Cyprus in the Mediterranean. Uncovered just a month ago sitting in the collection of Marios Kritikos, Cyprus' original Lamborghini dealer, the car has been imported to the U.S. and is undergoing complete restoration to show-car condition.

The story of the car's original acquisition is almost as interesting as its rediscovery. In 1977, Kritikos was visting the Lamborghini factory when he happened across the 1965 show car, and immediately decided he would like to own it. The next April, he returned with his own Range Rover and trailer and took it home to Cyprus. The purchase was documented and is memorialized in the contemporary photos below.

The car sat, essentially untouched, until December 2008, 43 years since it was displayed in Turin. When it was discovered - complete with the original invoice for the chassis - a pair of Miura specialist collectors helped to get the car to its new owner, and it is currently in the process of being restored to its original condition at the facilities of the Bobileff Motorcar Company in San Diego, California.

The 1965 Turin Salon Miura was Lamborghini's first transverse, mid-mounted V12 engine and is considered by some to be the forefather of all road-going supercars.

Lamborghini's Miura has been making a lot of news of late, with several unique examples, including the Roadster, recently rediscovered after several decades in storage. The upswell in Miura news is due in large part to the creation of the "The Lamborghini Miura Bible", a book to be published January 2009 by Joe Sackey, who also played a role in securing the purchase of the 1965 Turin Salon Miura.