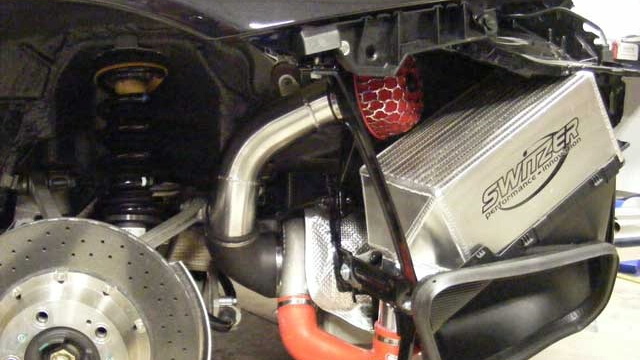 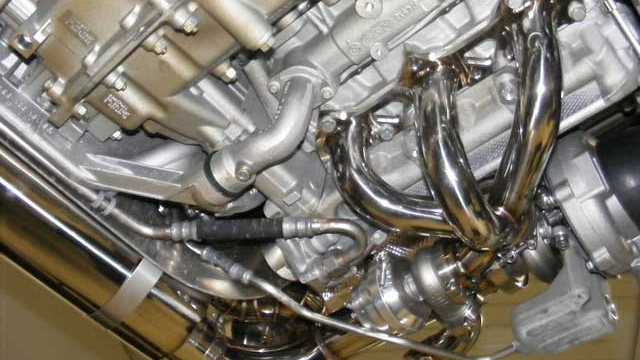 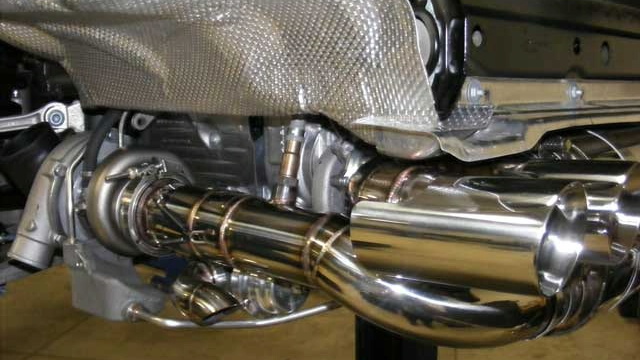 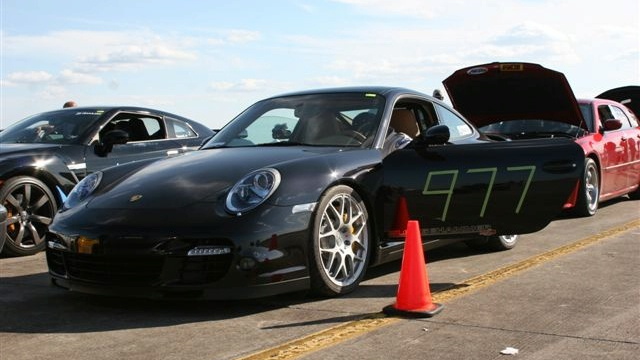 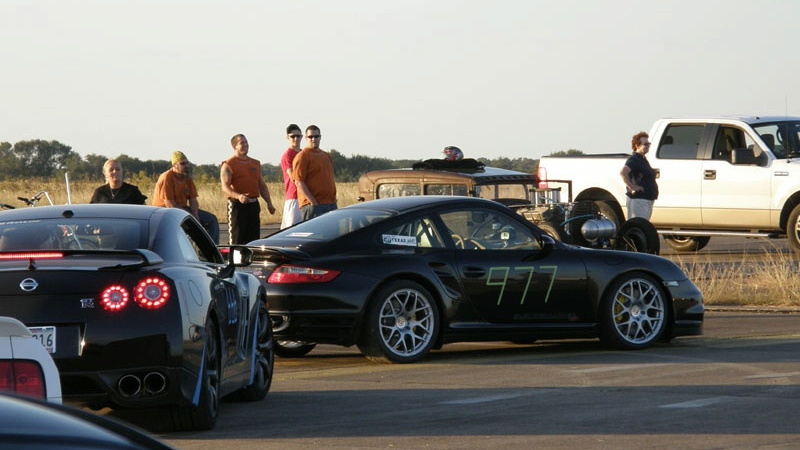 8
photos
Oberlin, Ohio, isn’t the likely site for a company specializing in high-output power upgrades for German exotics like the Porsche 911, but the state is home to Switzer Performance Innovations (SPI), a company churning out mega horsepower cars. Started by Tym Switzer several years ago, the tuning firm is now offering a 1,000hp (748kW) twin-turbo kit for Porsche 996 and 997 models.

With his latest project, Tym and the crew at SPI wanted to test the limits of what would be possible with stock 997 internals. "When the customer first came to me with his 997, we talked a lot about pushing the limits of the new engine and what might be possible using stock internals. I had already been inside the 997 turbo engines, and felt that 700hp (522kW) at the wheels seemed well within reach on pump fuel, and that we might be able to go a bit further."

The end result was the 1,000hp (748kW) Sledgehammer. Designed to develop its peak while running on race fuel, the bolt-on package still manages to deliver 850hp (634kW) to the rear wheels.

Switzer claims the car runs consistent 0-60mph times in the mid two second bracket and takes less than five seconds to go from 60-130mph. The quarter mile, meanwhile, is run in just 9.8 seconds, with trap speeds regularly in excess of 145 mph.

To achieve this level of performance, the guys at SPI extensively return the 911’s ECU, as well as add an in-house developed headers and sport exhaust system, a new intercooler package and custom GT30R turbochargers.