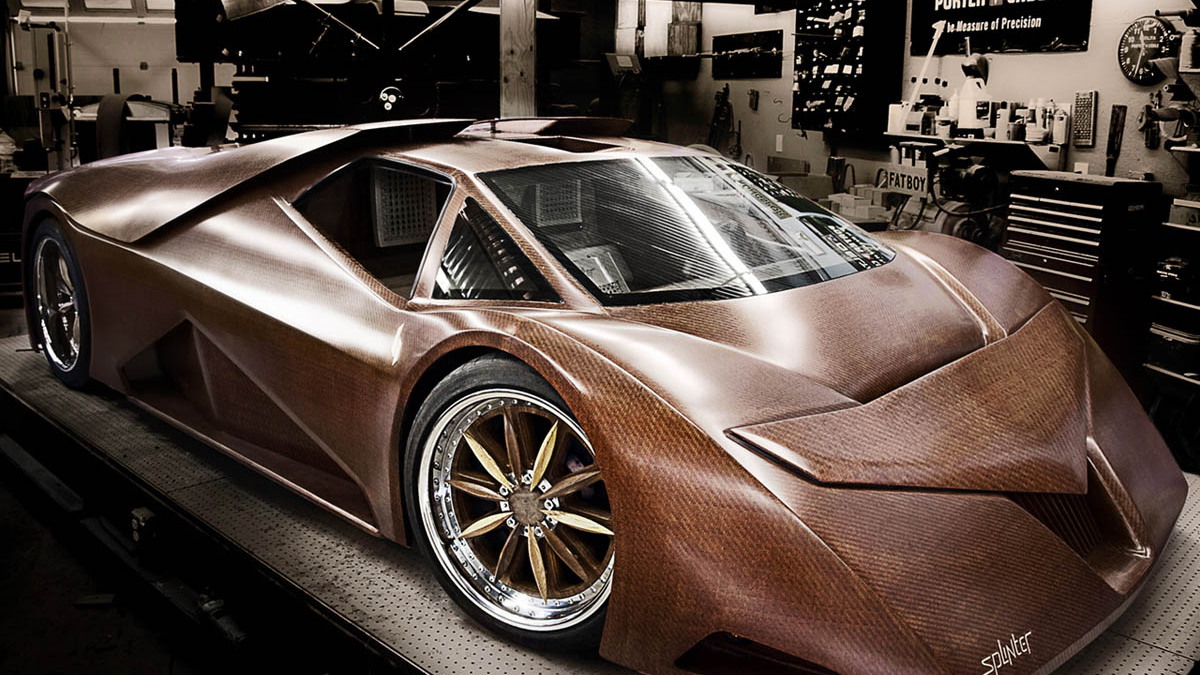 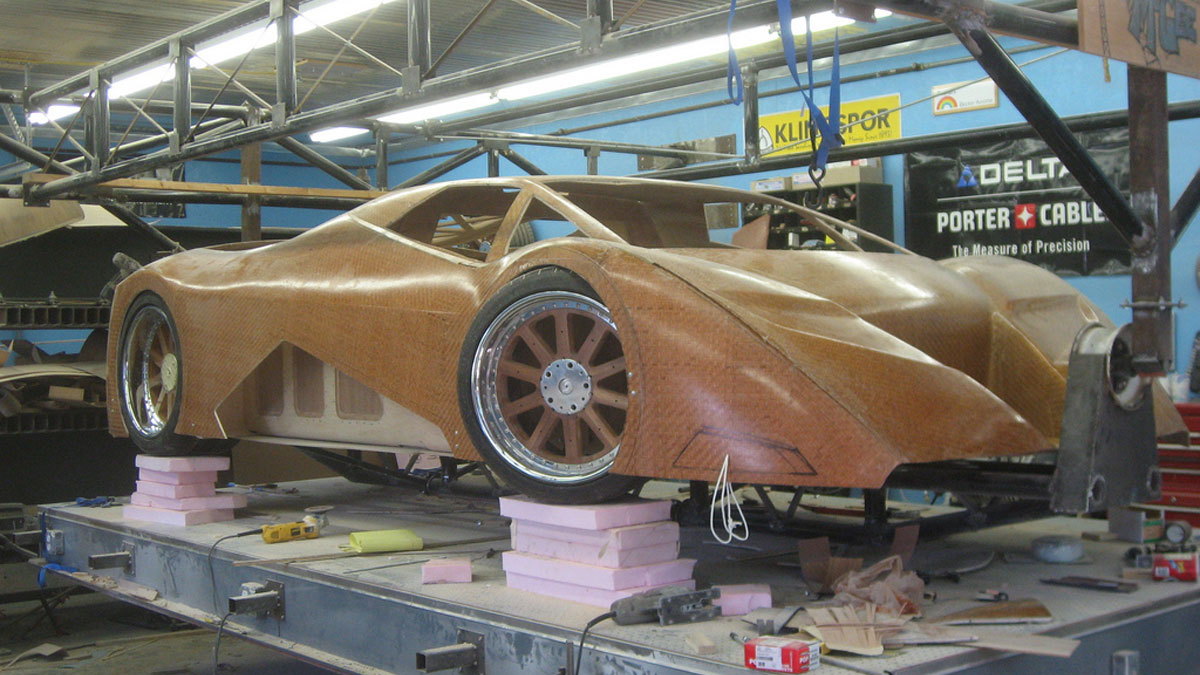 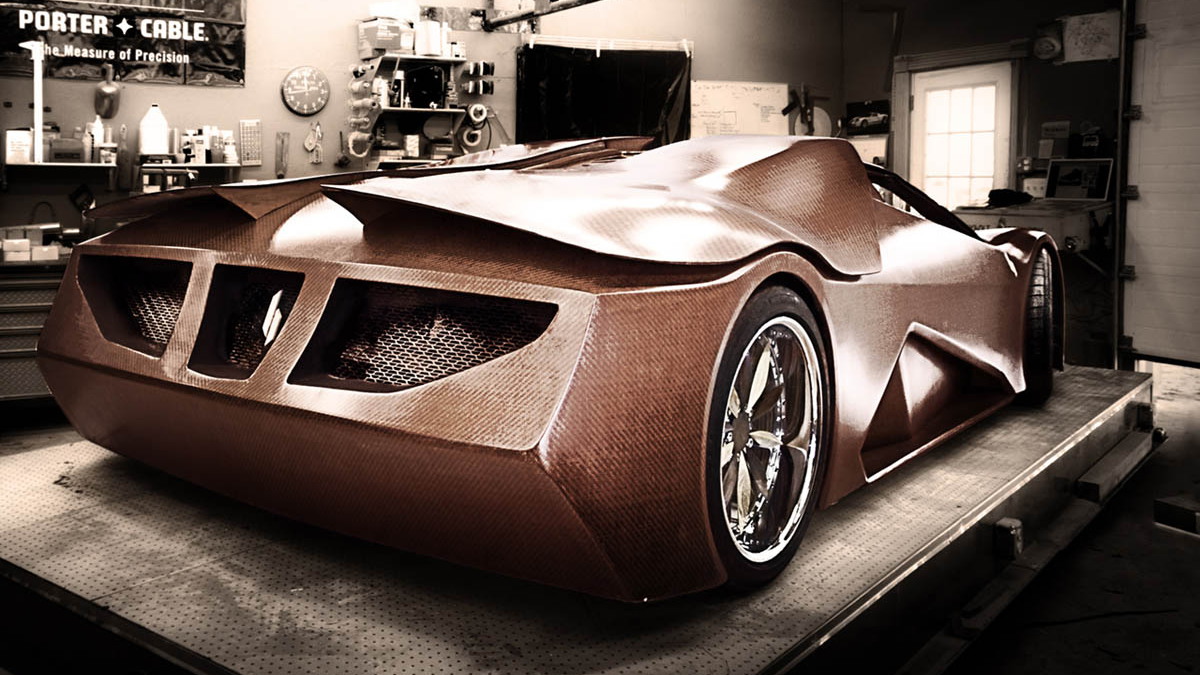 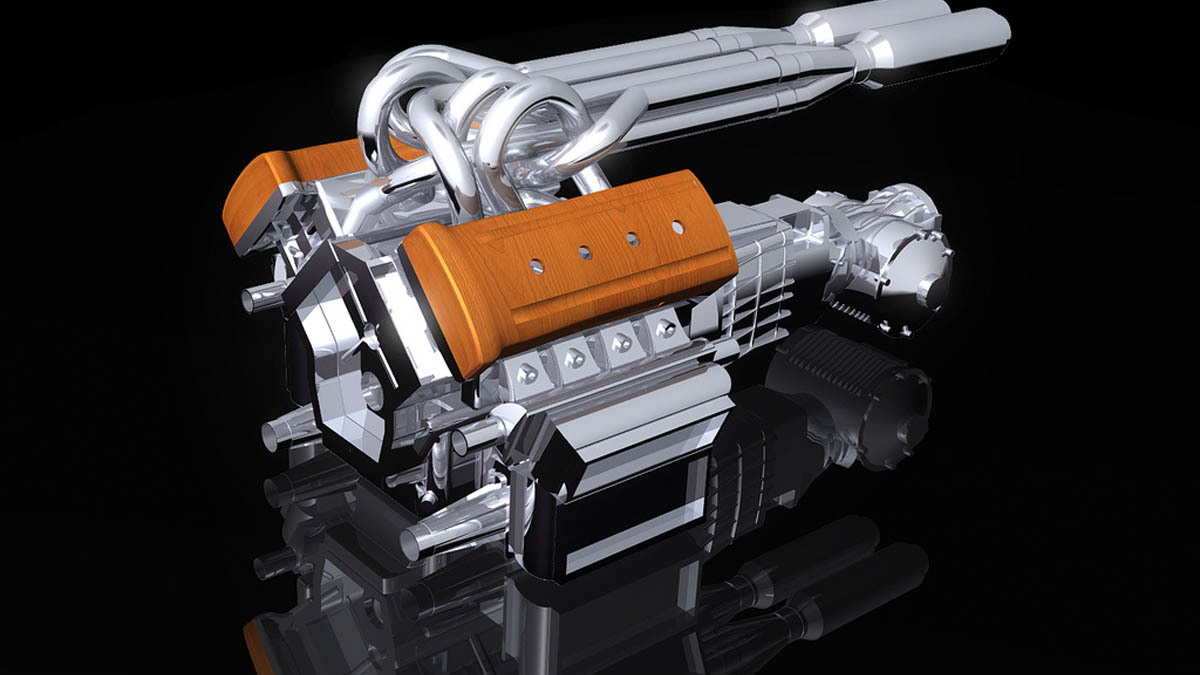 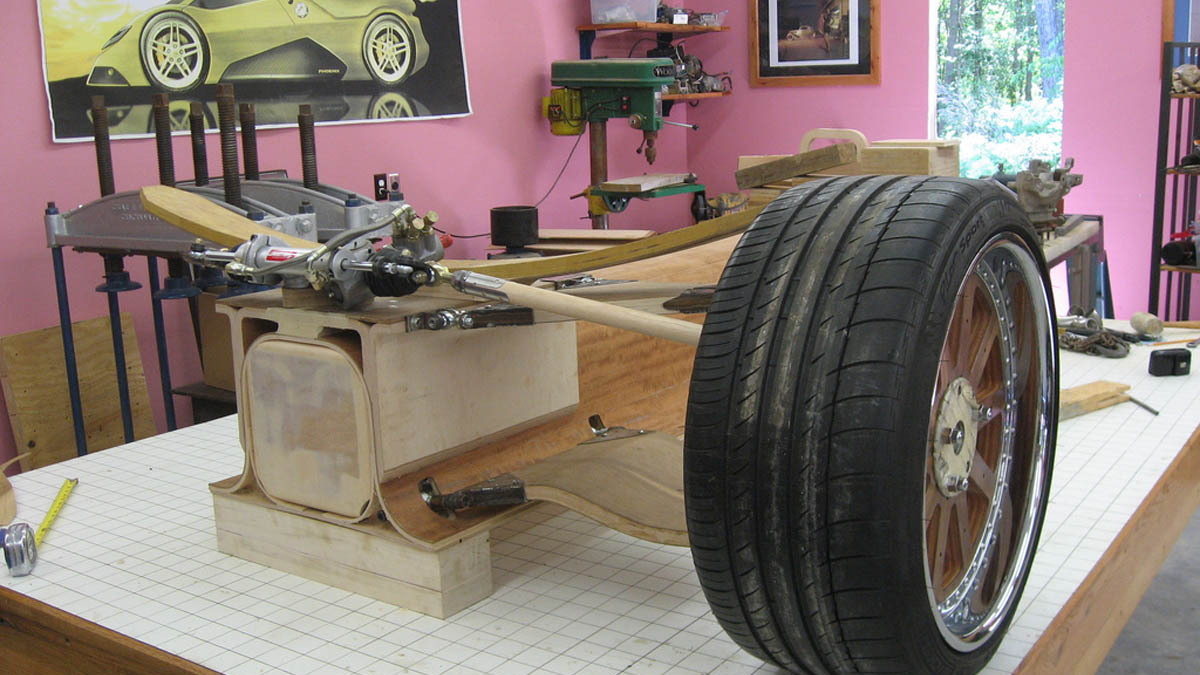 31
photos
The Splinter, a wooden car designed by a group of college students, has made the rounds to the recent International Woodworking Fair, where it met with acclaim, and now the project is nearing the final stages of development. It is being run by Joe Harmon Design and North Carolina State University, and has progressed to the stage where the car's hand-crafted body has been mated to the chassis.

The group have also sourced a new engine – a twin-supercharged 32-valve Cadillac Northstar V8 developing upwards of 700hp (522kW). Drive is sent to the rear wheels via a rear-mounted 6-speed transaxle sourced from a Chevrolet Corvette. One of the inherent problems of mounting an internal combustion engine in a wooden car is the effects of the heat emanating from the engine. To overcome this problem, the students reversed the direction of the cylinder heads, placed the exhaust pipes at the top of the engine and funneled the hot gasses through the rear wing.

Many internal features, such as the headrests, have been painstakingly carved, cut and sanded into place, while the body is definitely an eye-catcher with its smooth wooden finish and supercar proportions.

The car uses a number of innovations, including a unique seating position and a wooden suspension system constructed out of the same wood used for traditional longbows. The wheels also feature center hubs constructed from pressed and laminated wood.

What initially seemed to be somewhat of a design novelty is shaping up into an interesting project to watch as the students tackle the problems of building a wooden supercar.