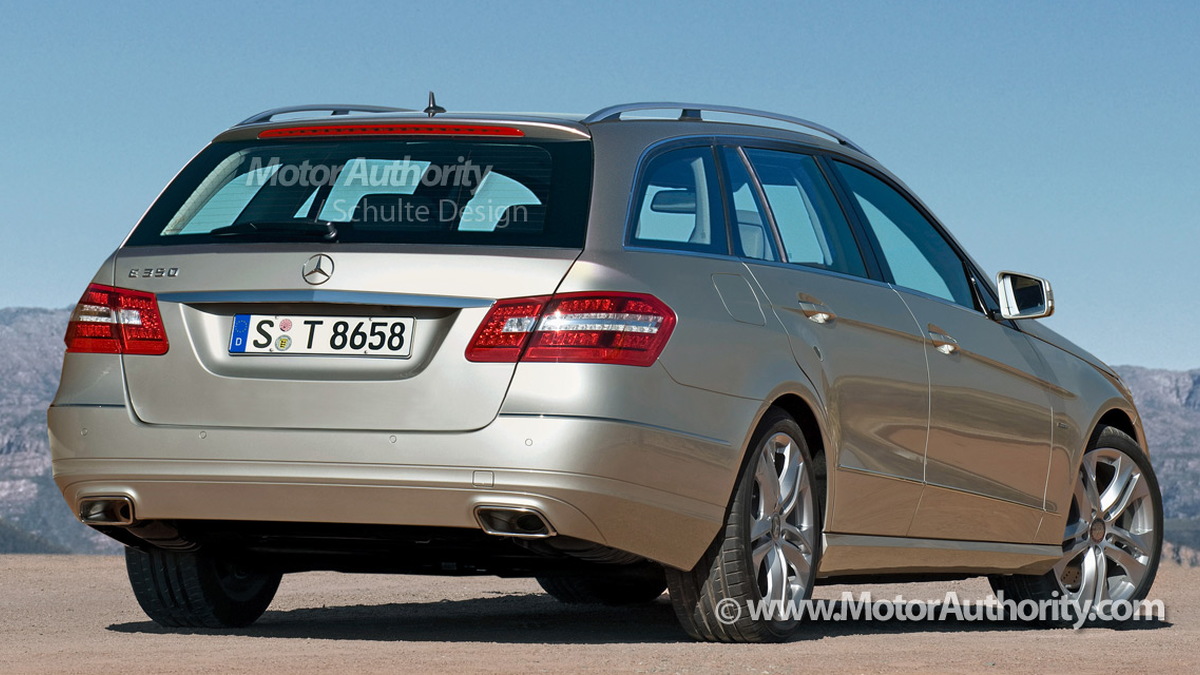 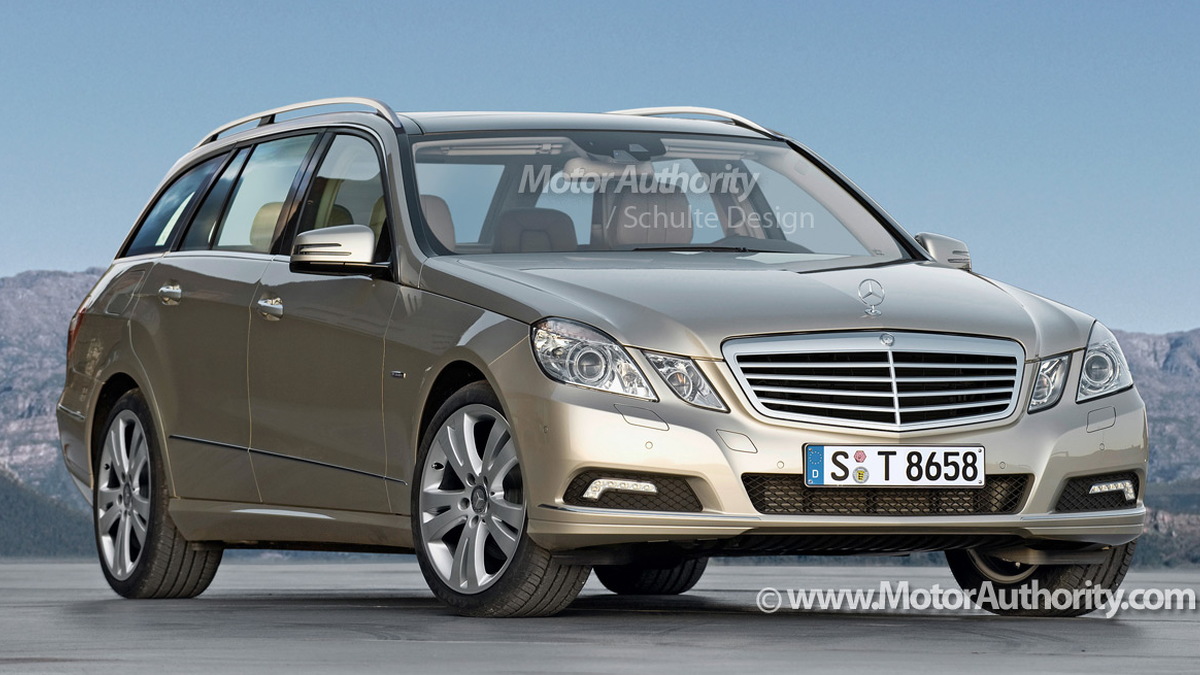 46
photos
The next-generation Mercedes Benz E-Class has just made its debut but we still have several months until the ‘Estate’ wagon version is revealed. A number of prototypes for the Estate have been spotted near the carmaker’s headquarters in Germany, revealing the final shape of the car with only the finer details being masked by the black camouflage material. These new renderings, however, give us a look at what the new model will likely look like.

We can clearly see the design of the grille and some details on the tail-lights. The 2010 E-Class is scheduled to go on sale in Europe by March, with other markets expected to follow soon after. The Estate variant, meanwhile, should be unveiled at the Frankfurt Motor Show in September.

Like the sedan, the range of engines available for the new wagon will comprise four, six and eight-cylinder units with outputs from 100 kW/136 hp to 386 kW/525 hp – the top end model being the E63 from AMG. The four-cylinder engines are newly developed direct-injection units, which develop a higher output and torque than the comparable V6-engines of the preceding series despite a smaller displacement.

Expect the new E-Class Estate to be slightly larger than the outgoing model, with more room for rear seat passengers.