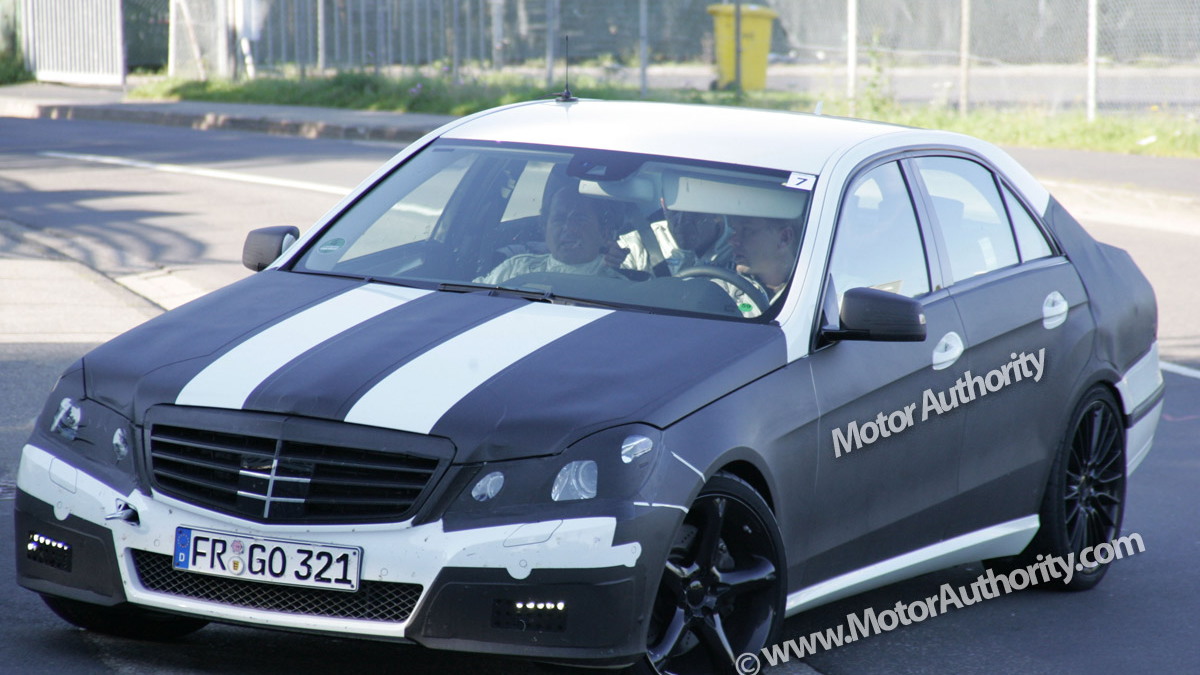 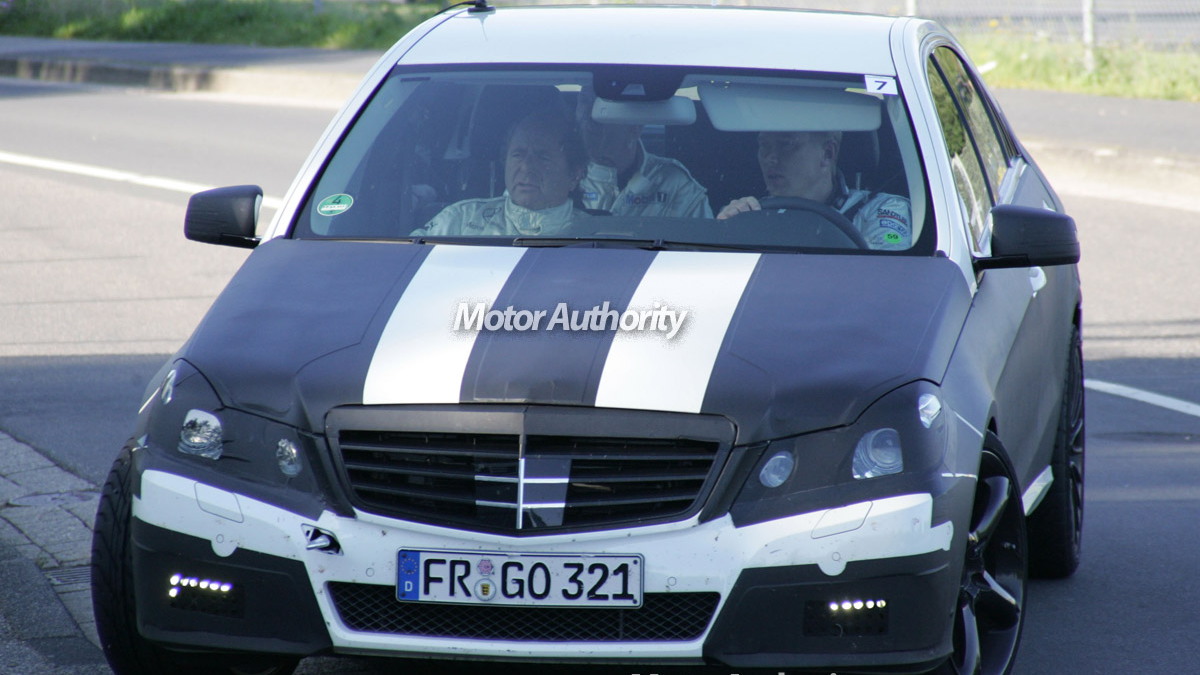 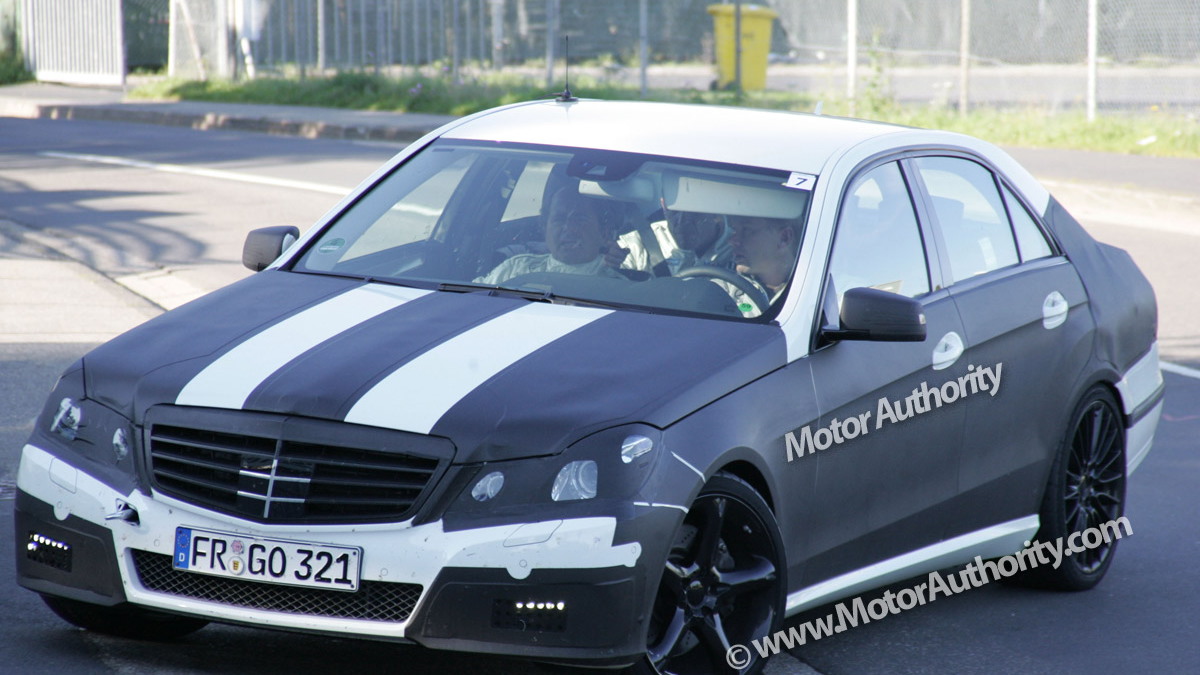 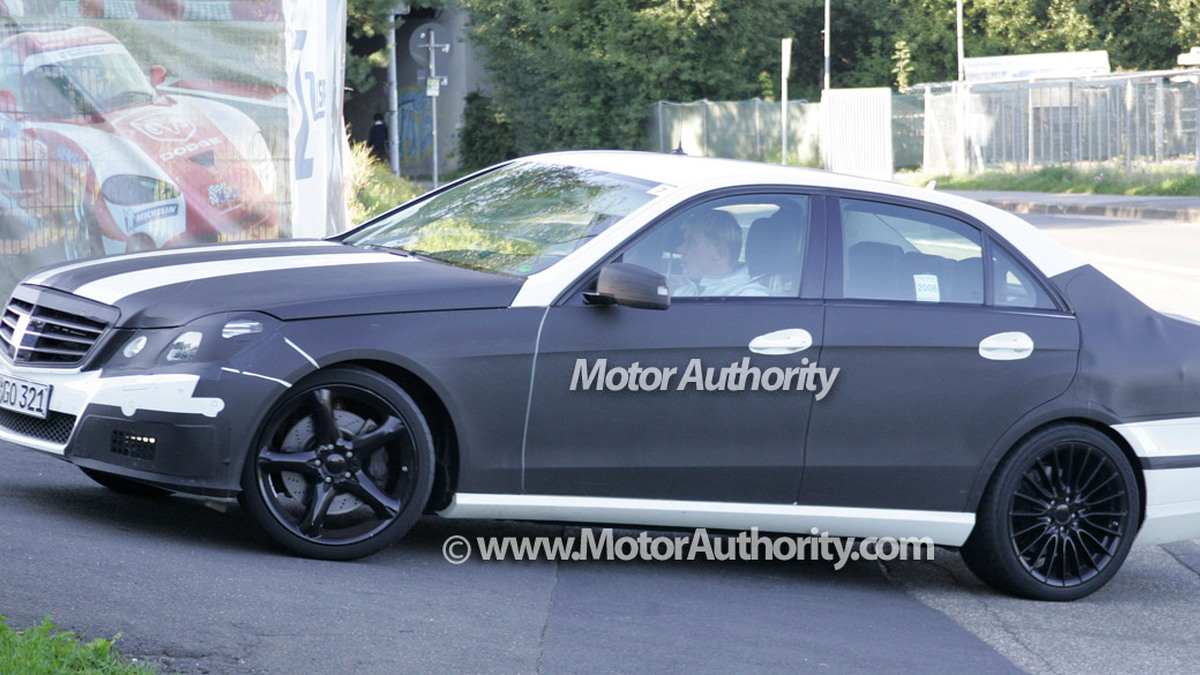 18
photos
The next-generation Mercedes Benz E-class has again been spotted in testing but this time the prototype is for the high-performance AMG ‘Estate’ wagon. The images were taken as the test vehicle was completing laps of Germany’s Nurburgring circuit and reveal the final shape of the car, with only the finer details being masked by the black camouflage material.

A giveaway that this is the AMG version is the exposed rear bumper with quad tailpipes. Other details include perforated brake discs with oversized calipers.

Mercedes and its AMG engineers have been testing the prototypes for the E-Class extensively – even recruiting former McLaren F1 ace Mika Häkkinen and race driver Klaus Ludwig to fine tune the upcoming car.

Just as the company did with the recently revealed SL facelift range, the new AMG version of the E-Class should be launched alongside the regular sedan at next year’s Geneva Motor Show in March. However, the Estate model isn’t likely to be unveiled for at least another year after that.

Despite current concerns about global warming and a possible end to the horsepower war between Germany’s in-house tuners, the new E63 Estate will continue with the potent hand-built 6.2L V8, although the rest of the car’s mechanical package is expected to have been given a major makeover. Expect to see power bumped up to around 550hp to keep it in line with rivals such as the 580hp Audi RS6 Avant. Engineers will be focusing more on improve handling and chassis strength, borrowing a number of features from the new C63 AMG.

The sporty AMG wagon is also tipped to receive a widened front track and unique steering ratio compared to the regular E-Class as well as a MacPherson strut and multi-link active suspension.