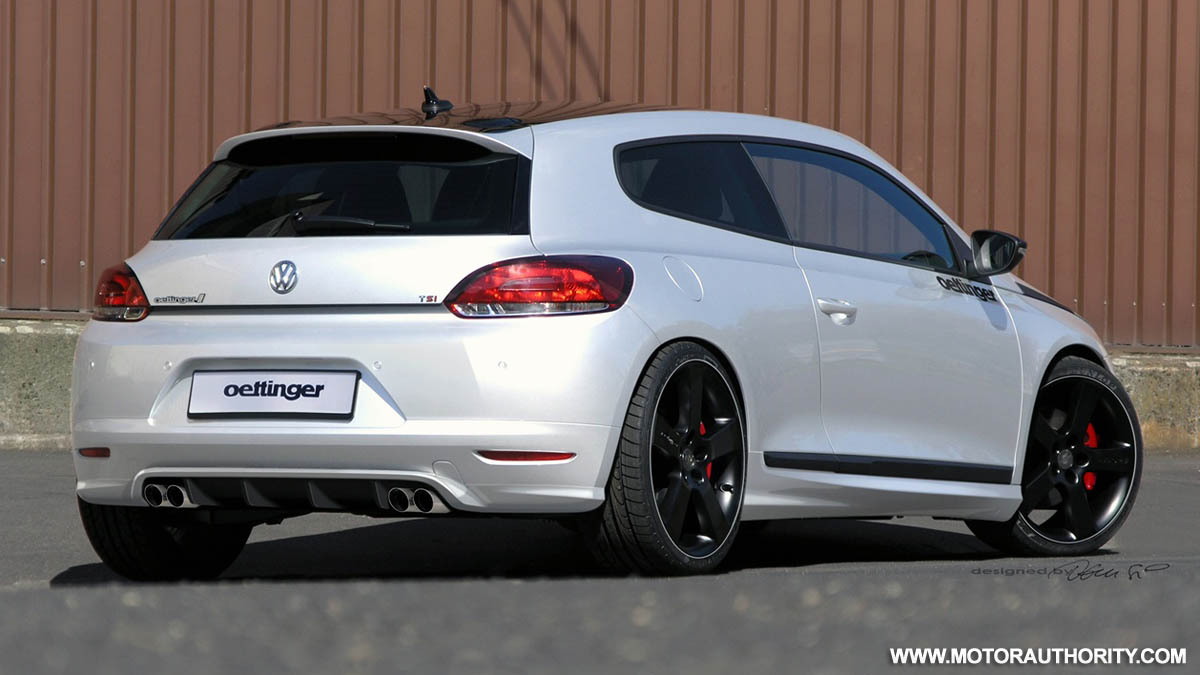 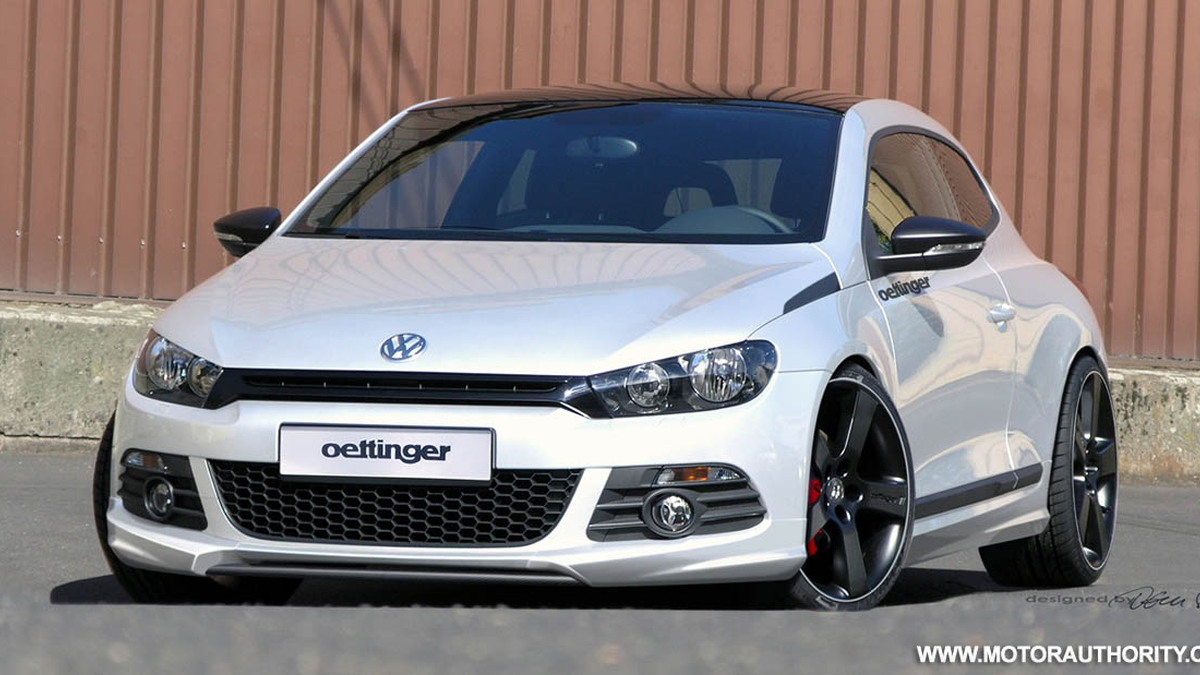 Oettinger has managed to squeeze 350hp from the Scirocco’s 2.0L TFSI

The first Volkswagen Scirocco coupes are just starting to appear in showrooms in Europe but one of Germany’s top tuners, Oettinger, has already developed a bodykit and mild performance upgrade for the car.

The modifications to the car’s exterior include a new bodykit for the coupe, with an aggressively styled front bumper, sporty side sills, a rear diffuser and a subtle rear spoiler. Rounding out the mods is a suspension lowering kit and black-chrome 19in alloy wheels.

Oettinger’s top-level tuning kit develops up to 350hp and 470Nm from the Scirocco’s 2.0L TFSI petrol engine. To achieve this, Oettinger adds a high-flow stainless-steel exhaust system starting from the turbocharger. Other upgrades include new sports air-filters and a modified ECU. The tuner’s base performance upgrade boosts power to 240hp, up from 200hp in the stock version.

Oettinger insists its development for the Scirocco is still in progress, and is planning to release more powerful upgrades as well as new options for the suspension and brake components.