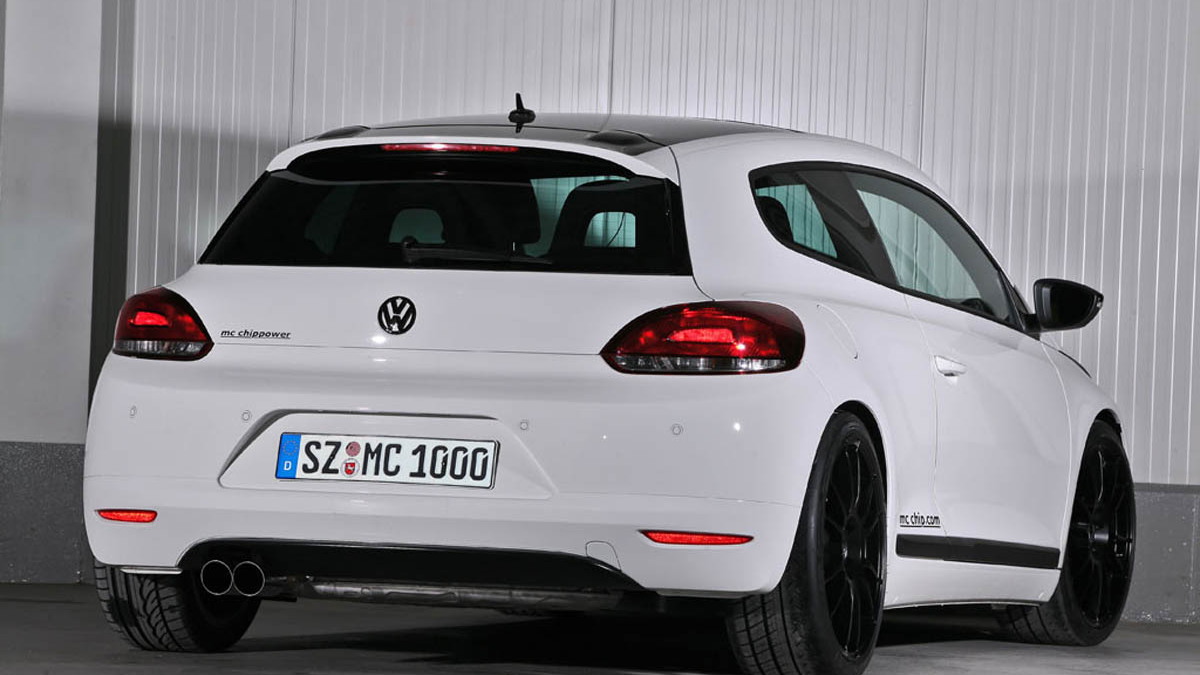 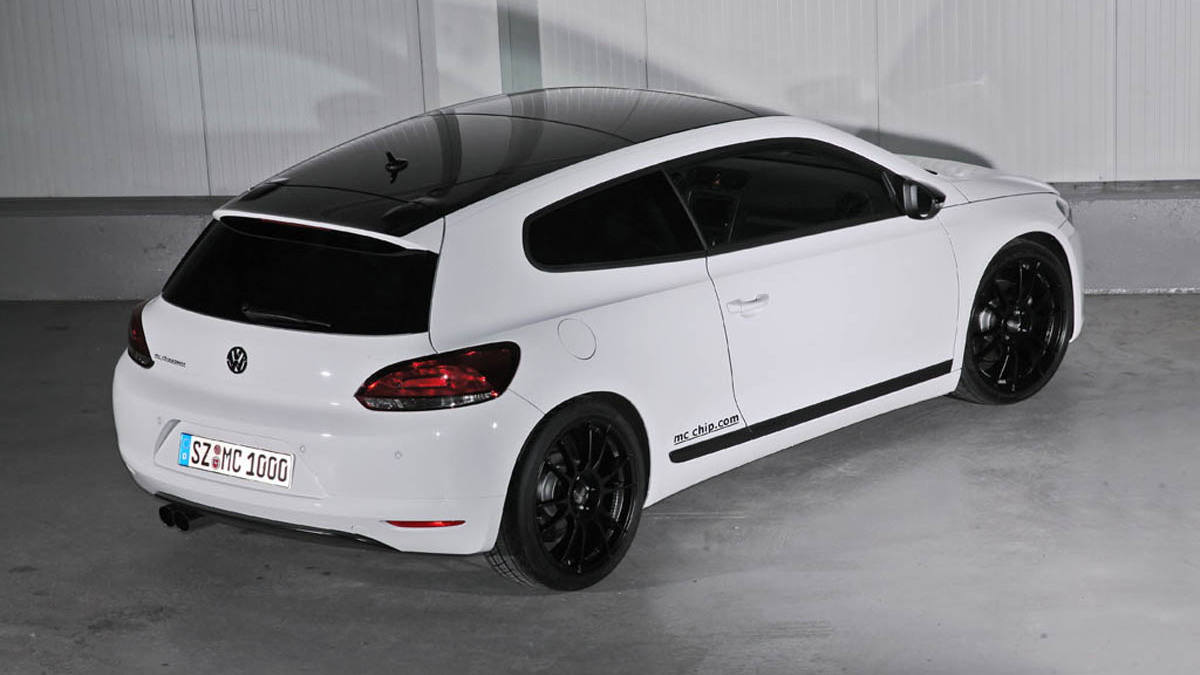 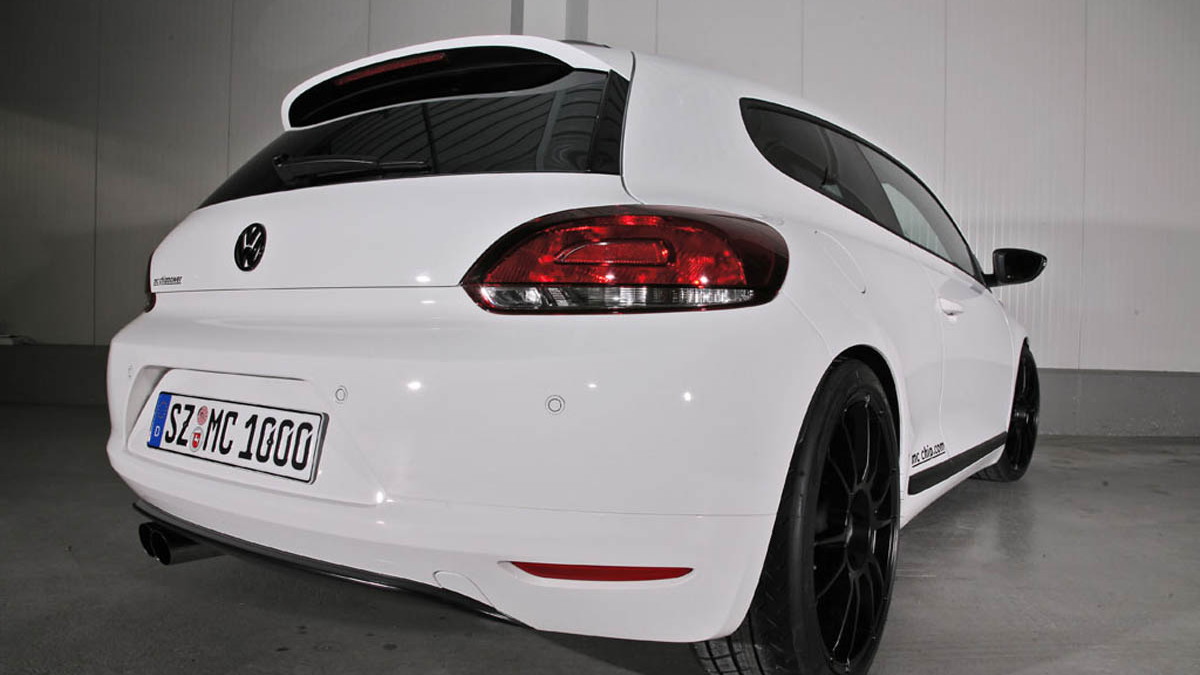 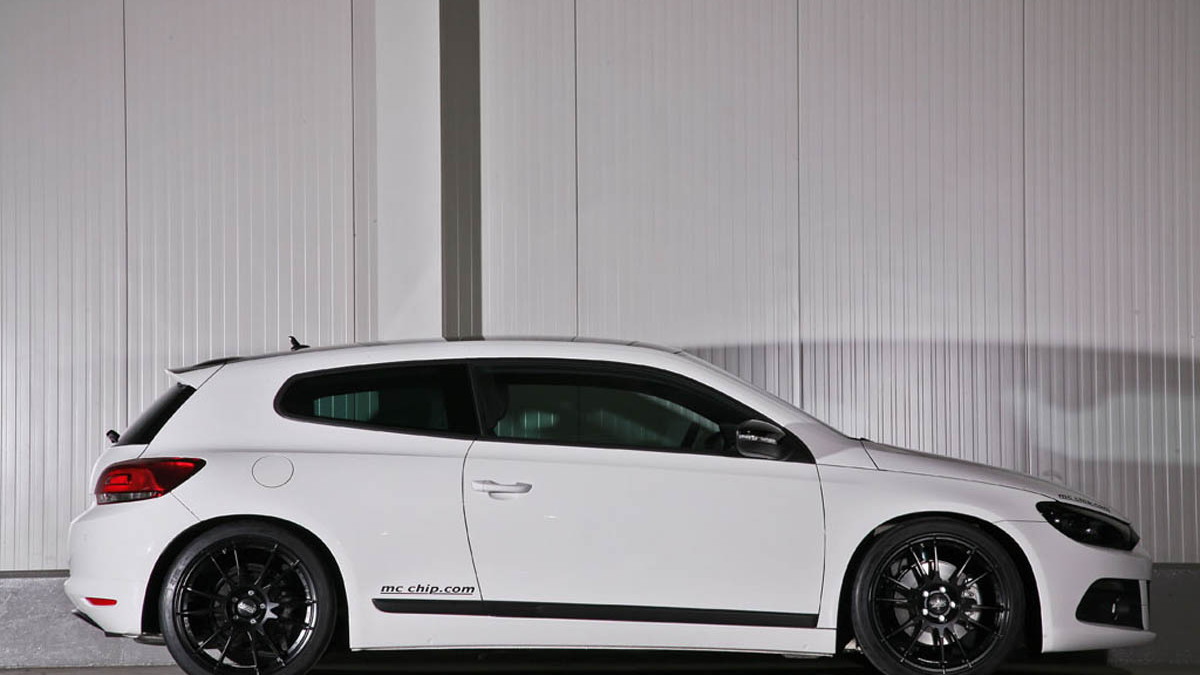 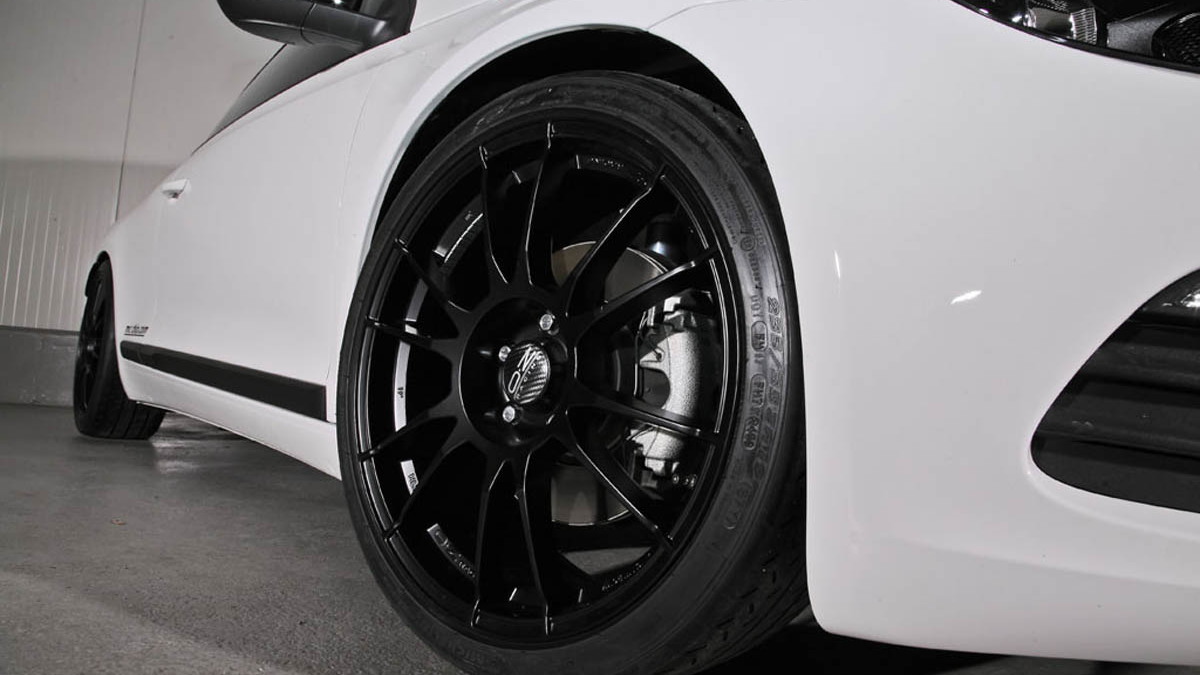 12
photos
The Volkswagen Scirocco may not be coming to the U.S. due to unfavorable exchange rates, but that doesn't make it any less interesting as a car. That's doubly true once it's seen the improving touch of a tuner, and the MCCHIP modifications add tastefully to the Scirocco, leaving its basic essence intact.

The primary modification is the ECU tune, which adds almost 25% more power, bringing output up from 200hp (149kW) to 246hp (183kW) thanks to a more aggressive use of the 2.0L TSI engine's turbocharger. Aside from the big boost to power, the car gets a set of 19" OZ alloy wheels wrapped in low-profile 235/35 Michelin PS-Cup tires. A suspension kit from H&R drops the car for better roll control and a more aggressive look.

Other tuners have been having a field day with the Scirocco as well. Just yesterday MTM revealed a somewhat more extreme alteration of the car, boosting output to 380hp (283kW) in its most powerful iteration. ABT Sportsline has also plied their trade against the Scirocco's base, though it takes a more aesthetic approach compared to MTM's pure power focus.

There remains some hope for eventual U.S. sale of the Scirocco, since the primary stumbling block to its import is the weak U.S. dollar. Without sufficient value in the dollar, there is no profit to be made on the car, and therefore no business case for its sale. While the U.S. economy does not appear to be turning around, and car sales continue to decline, the second half of 2009 could see an upswing, which might bring with it cars like the Scirocco.