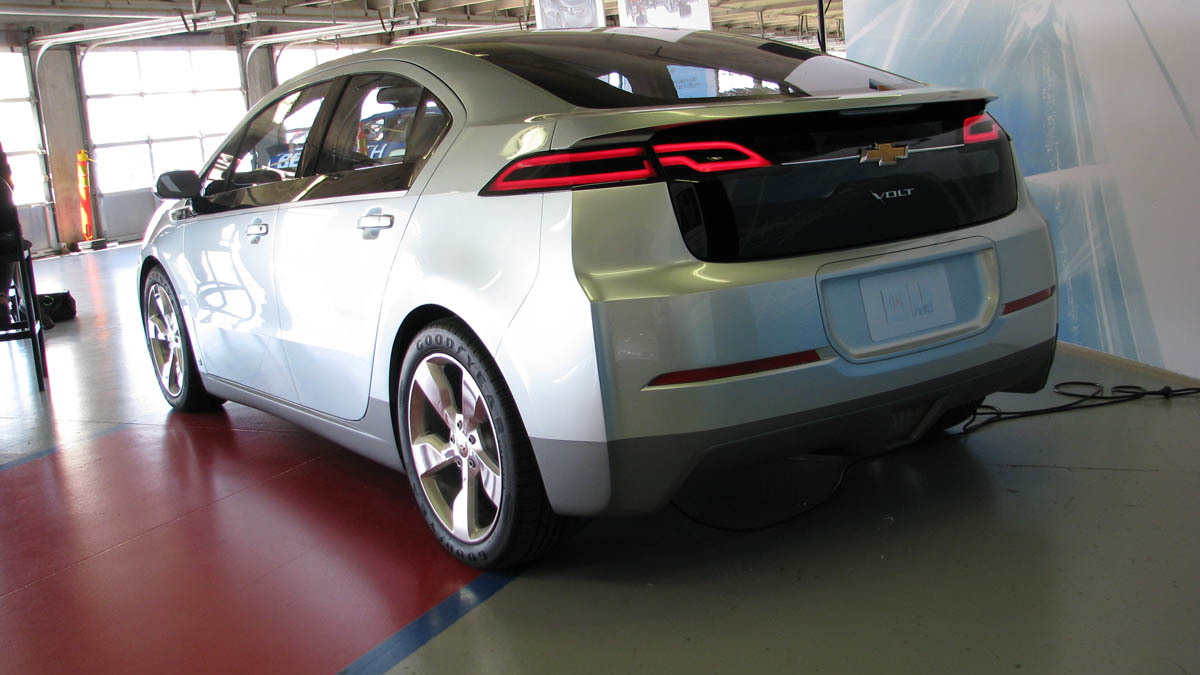 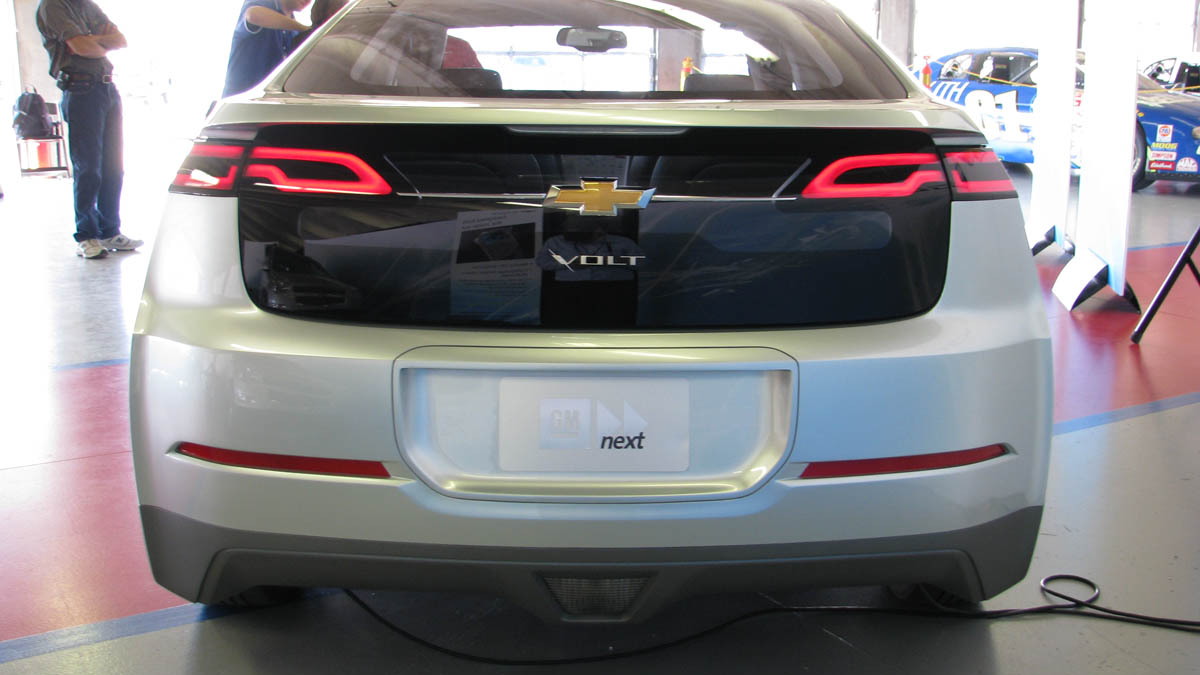 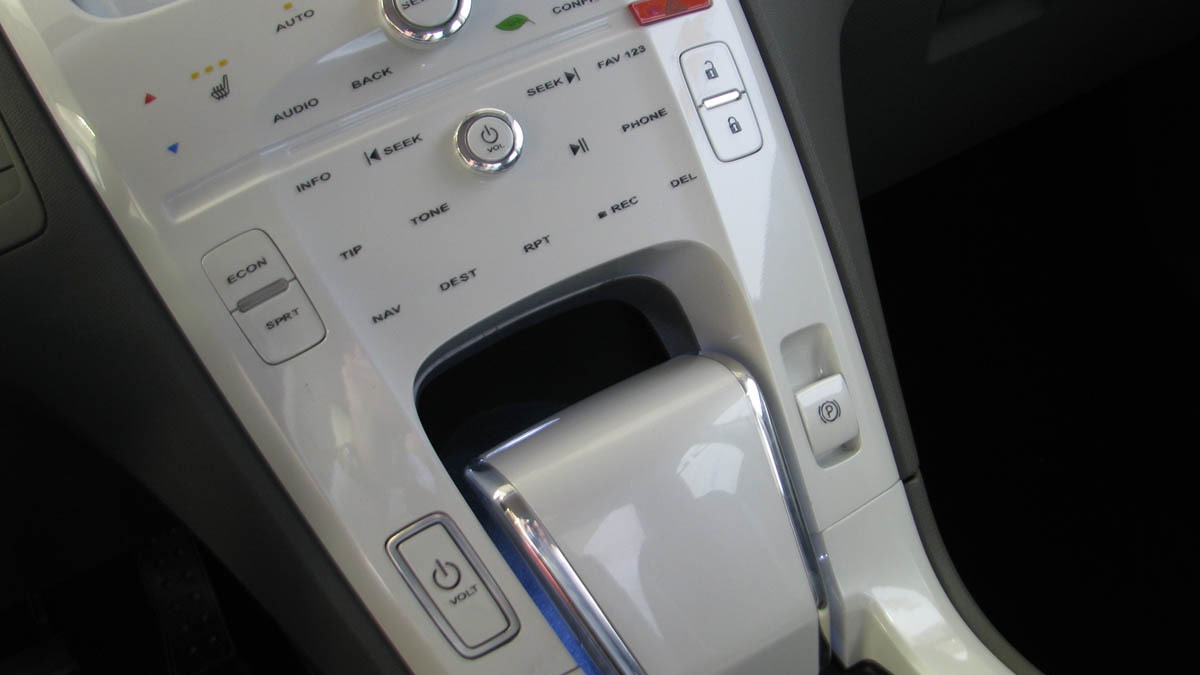 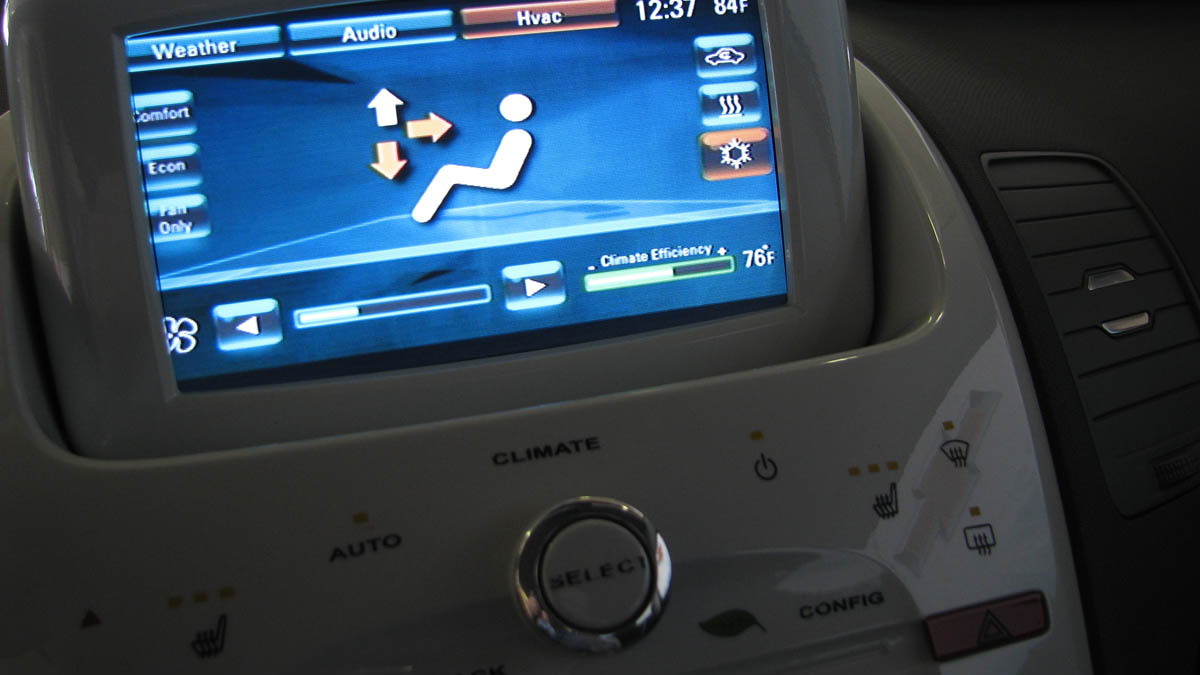 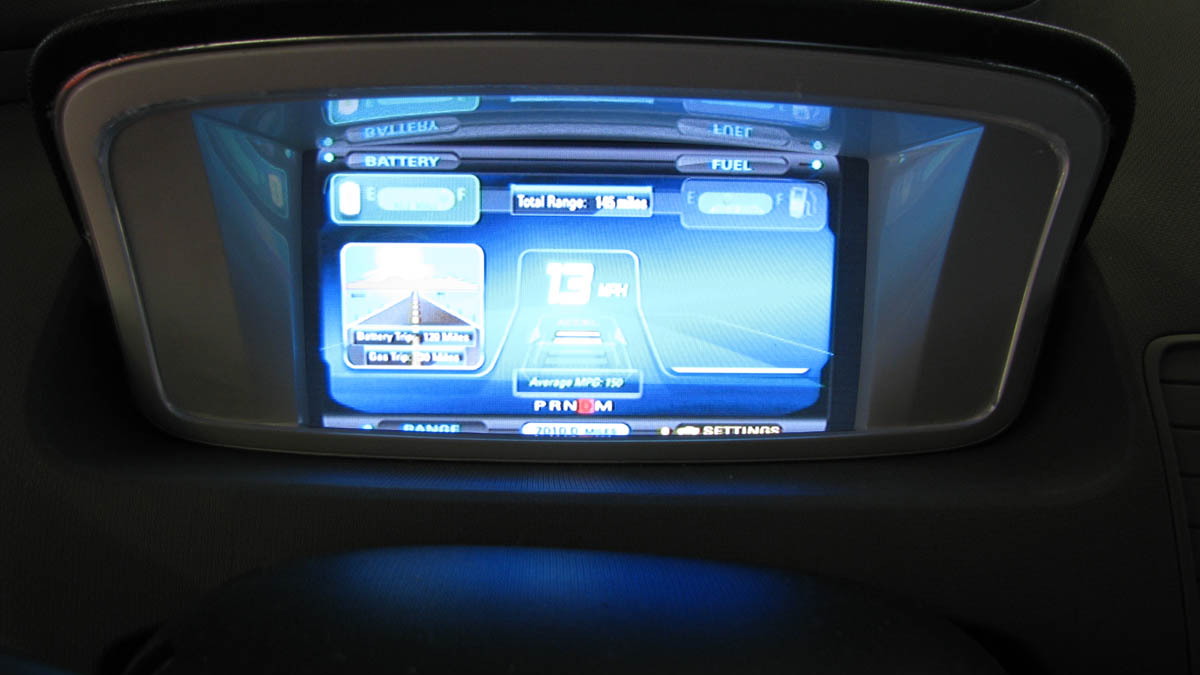 9
photos
The 2010 Chevy Volt was just unveiled ten days ago at GM's 100th Anniversary celebrations in Detroit, but it's already beginning to tour the country. Its first stop after Detroit was GM's 2009 Collection event at the Texas Motor Speedway in Dallas, Texas, to which MotorAuthority was invited. While there, we were able to approach, photograph, and even sit in - but not touch - the all-new plug-in electric vehicle.

And a plug-in it is. If you look closely at the rear-end shot of the car in the gallery below, you'll see an electrical cord going into the undercarriage. The car later left the display area under its own power - but more on that later. The interior is still rough-finished, as befits a car two years out from actual production. The air vents, for example, are not really air vents - they are molded into the dash as solid material that resembles air vents. The center console has a very finished look to it, but the computer screens were all on a demo loop, and we were asked not to touch anything in the cabin.

The seating in the car consists of four bucket seats, all of which are comfortable, and which provide a surprising amount of legroom for rear-seat passengers. Tall folks won't likely have any problems sitting anywhere in the car, or at least no more problems that they'd face in a largish mid-size sedan. A large arched barrier runs down the center of the car, housing the electronics and battery pack, and dividing the interior into what feels like two distinct regions, especially in the back seat. But the overall appearance, materials and design of the interior is very much that of a modern production car, despite the rough edges owing to its pre-production nature.

The Volt display car even features a working version of the final powertrain, still under development at GM. Once the day of test drives and ride-alongs in the ZR-1 was over, the crew began packing things up to head to the next destination, and the Volt was among the first to head back to the trailer. When the time came, it was simply unplugged, started up and driven off. Upon startup, there was a brief sound from the car as it ramped up all systems, then it silently cruised out of the garages and around the paddock area to the waiting transporters.

Though it was only driven at parking-lot speeds, it was clearly capable of the feat with no difficulty, and seeing the car moving under its own power really brought it to life as something that's going to be in driveways and on the streets in short order.