Saturn has launched its European designed compact five-door crossover, showcasing the brand's new design character and intensified focus on driving characteristics. Labeled the VUE, the new crossover will go on sale in the second quarter of 2007 and is Saturn's fourth all-new model since the beginning of 2006.

GM has confirmed that the hybrid Green Line version will be released towards the end of 2007 as a 2008-model year vehicle. Other models include the XE, XR and Red Line trim levels. Engine options include either a four-cylinder engine or larger V6 mated to GM’s new Hydra-Matic six-speed auto, which will be joined by a five-speed manual later in 2007. The top of the line engine is a 3.5L V6 with 304Nm of pulling power.

The Vue rides on a MacPherson strut independent front suspension and independent multi-link rear suspension set up with both front and rear stabilizer bars and a double-isolated engine cradle. A high-performance Red Line model will be unveiled later in 2007 with a more sports-oriented form.

The new hybrid Green Line version will debut GM’s new front-wheel-drive, 2-mode hybrid system, which is expected to lift fuel economy by 45% over the regular model. The Vue Green Line 2-mode Hybrid SUV will be powered by a 3.6L V-6 gas engine, with direct injection and variable valve timing, a nickel-metal hydride battery pack and two active cooled permanent magnet motors. This design is similar to the 2-mode hybrid system for rear-wheel-drive applications, which will debut next year in the Chevrolet Tahoe and GMC Yukon full-size SUVs.

The “2” in 2-mode represents the two electric modes that are mated to four fixed gear ratios. This allows for smaller electric motors, which can fit in the space of a conventional automatic transmission, minimizing packaging, cost and weight issues.

Click ahead for more images and the official press releases. 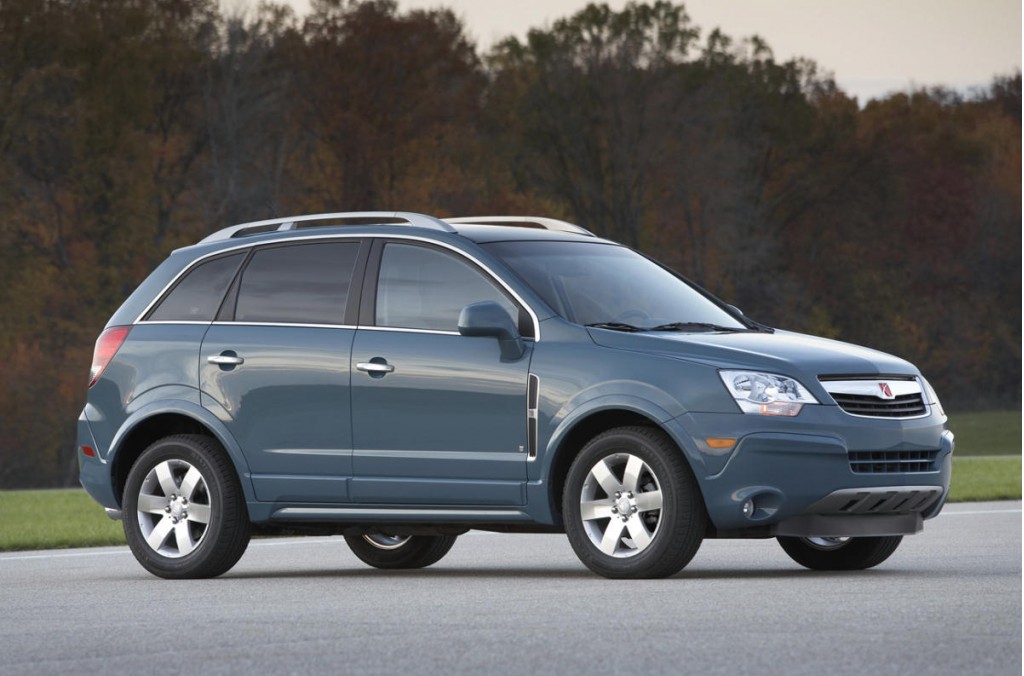 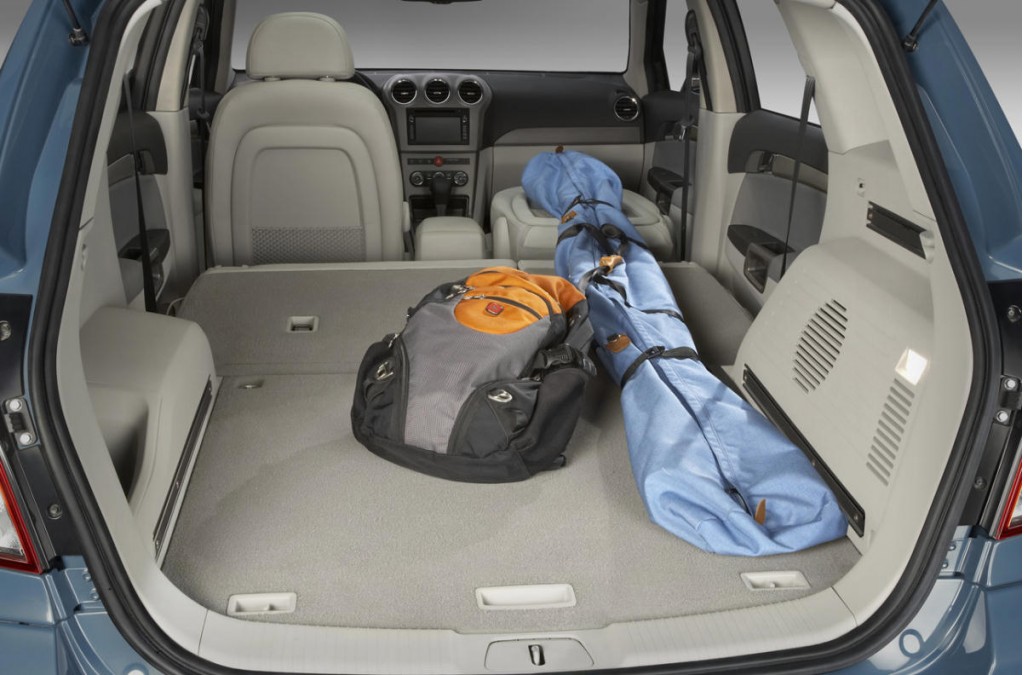 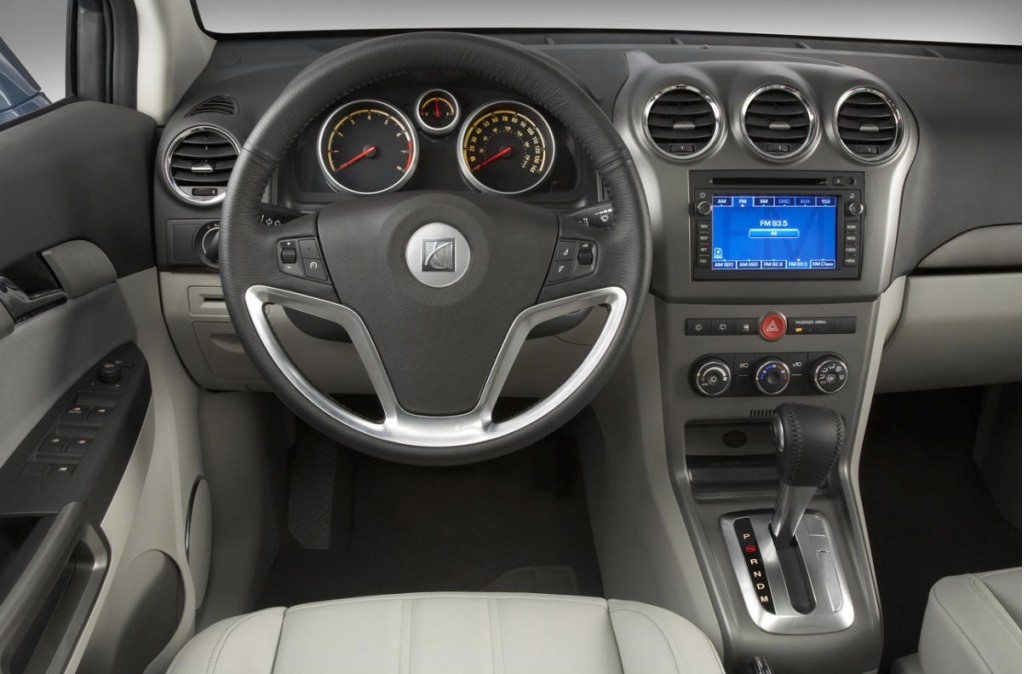 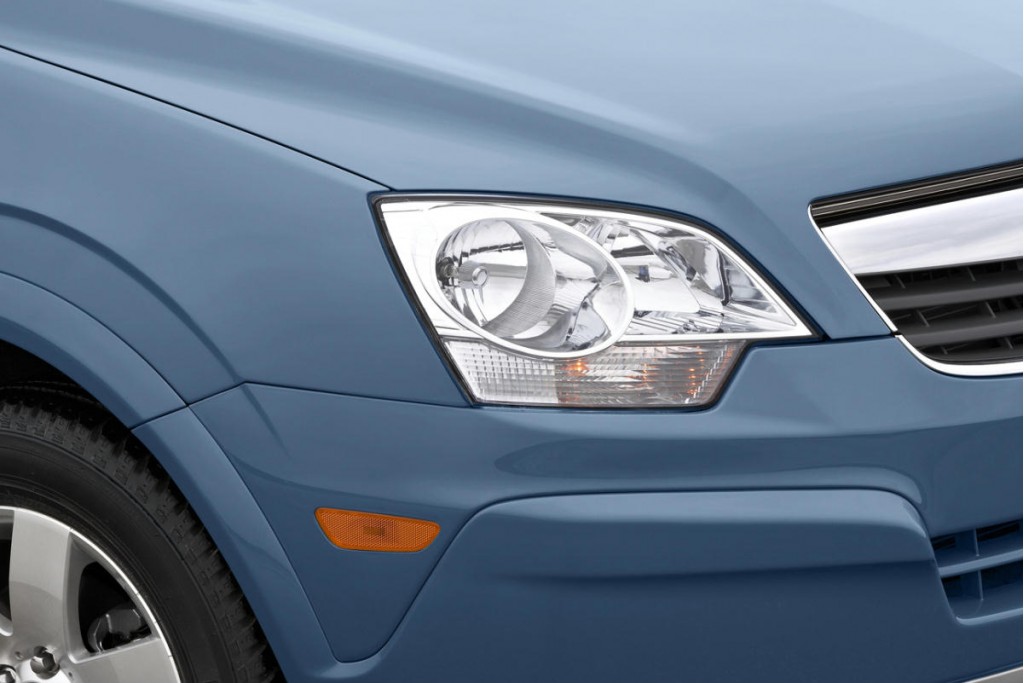 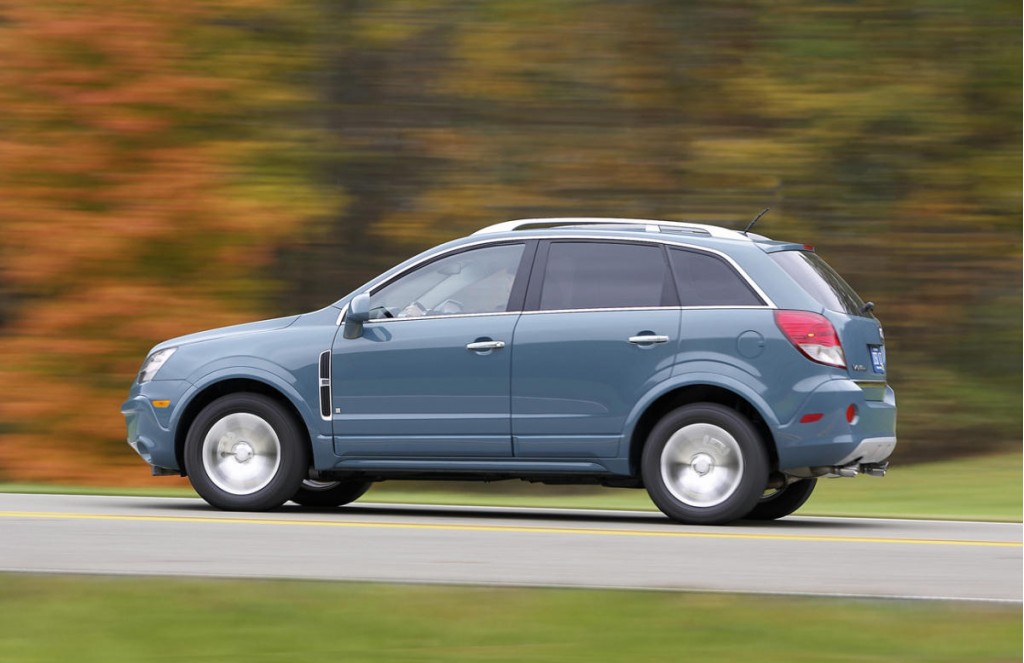 The new Vue is the latest Saturn model to showcase the brand's new design character and intensified focus on driving characteristics. When it becomes available in the second quarter of 2007, it will be the fourth all-new Saturn model since the beginning of 2006 calendar year. The other all-new models are the Sky roadster, Aura sedan and the larger Outlook crossover utility.

"The 2008 Saturn continues the product revitalization at Saturn," said Saturn General Manager Jill Lajdziak. "The all-new Vue is versatile, technologically advanced and loaded with safety equipment. Saturn customers will be as pleased with the vehicle as they are with the customer treatment they've always received at their Saturn retailer."

Saturn also confirmed that it will continue to offer the Green Line hybrid version of the Vue, beginning later in the 2008 model year. When it debuted in the 2007 lineup, the Vue hybrid was the first vehicle to use GM's new affordable hybrid powertrain.

In addition to the hybrid, the new Vue will be available in XE, XR and Red Line trim levels. These models will offer a wide range of powertrains, including a more powerful four-cylinder engine, and two V-6 choices mated to six-speed automatic transmissions. Later in the model year, a five-speed manual transmission will be available. All-wheel drive is available with both V-6 engines.

A towing package with hitch and wiring is available on all Vues. A towing stabilization system uses active braking to help control the vehicle in trailering situations. The Vue (except Red Line) can also be towed as an RV "dinghy vehicle" with all four wheels on the ground.

Like all Saturn vehicles, the Vue comes standard with GM's OnStar safety and security system, including a one-year subscription to the Safe & Sound plan. The OnStar service includes Advanced Automatic Crash Notification (AACN), making crash data available to emergency services to potentially dispatch the appropriate life-saving personnel and equipment to crash scenes faster. If the vehicle is in a crash that activates an air bag, the system automatically notifies an OnStar advisor, who will contact the occupants and summon emergency help if necessary. OnStar also provides remote door-unlocking service and can assist authorities in locating a vehicle if it is reported stolen.

The new Vue's exterior exhibits Saturn's new European design cues, with a look that is clean, sculpted and distinctively sporty. Tight wheel-to-body relationships, large jeweled headlamps and a sweeping upper profile line contribute to the Vue's striking design. The tapered roof line is one of the design cues drawn from the PreVue concept shown at the 2006 New York Auto Show.

Another cue inspired by the PreVue concept is the fender accent molding located vertically along the forward front door line. The styling feature is molded in charcoal color and incorporates a side repeater turn signal. Bright accents surrounding the side glass add to the appeal of the vehicle's profile. The grille proudly displays Saturn's recognizable chrome brand bar with a large Saturn badge.

Sixteen-inch alloy wheels are standard on XE models, while larger 17-inch alloy wheels come with the uplevel Vue XR. XE and XR models are further distinguished from each other with specific fascias, rockers and wheel opening trim. The Red Line model, to be unveiled later, will sport its own performance-inspired design cues.

Inside, the Vue continues the upscale theme with refined materials and precise fit and finish. Designers used lighter colors to bring a sense of spaciousness to the cabin, and incorporated an array of useful storage solutions.

Other cabin highlights include:

* Bolstered seating upholstered with two levels of flat-woven fabric with specific inserts; leather seating is available on most models

* A sliding storage bin under the front passenger seat

No other vehicle in the segment will offer as wide a range of engine choices as the 2008 Vue. The XE FWD and Vue Green Line models are equipped with the 2.4L Ecotec with variable valve timing. It produces 164 horsepower (122 kW) at 6,300 rpm* and 160 lb.-ft. (221 Nm) of torque at 4,500 rpm.* It is mated to the Hydra-Matic 4T45, four-speed, electronically controlled transaxle. A five-speed manual will be available on four-cylinder Vue XE models in early 2008.

LOS ANGELES – General Motors Corp. will expand the industry's most diverse portfolio of hybrid technologies in 2008 with the debut of its front-wheel-drive, 2-mode hybrid system in the Saturn Vue Green Line SUV, the automaker announced at the Greater Los Angeles Auto Show.

By using this sophisticated hybrid technology, the Vue Green Line 2-mode Hybrid is expected to deliver up to a 45-percent improvement in combined city and highway fuel economy compared with the non-hybrid Vue, based on current federal test procedures.

"We are delivering on our promise to continue our steady rollout of additional hybrid applications, each offering different levels of affordability, fuel savings and performance," said Tom Stephens, GM group vice president, GM Powertrain. "This will be the auto industry's first front-wheel-drive vehicle to use a 2-mode hybrid system, which improves fuel economy while maintaining performance and capability."

This design is similar to the 2-mode hybrid system for rear-wheel-drive applications, which will debut next year in the Chevrolet Tahoe and GMC Yukon full-size SUVs.

* Engine off at idle

* Cutting off fuel to the engine during vehicle deceleration

* "The 2-mode hybrid system has the flexibility to improve fuel efficiency across a range of vehicles," Stephens said. "For example, in 2003, we introduced the 2-mode hybrid system for transit buses. In 2007, the Chevrolet Tahoe and GMC Yukon 2-mode full-size SUVs will debut, followed by the Vue Green Line 2-mode in 2008."

By using two electric modes and four fixed gear ratios, the 2-mode hybrid system's electric motors are smaller, compared with traditional "one-mode" hybrid systems, and impose no significant limitation on the size of the engine.

Consequently, the 2-mode hybrid system fits into the same space as a conventional automatic transmission, minimizing packaging, cost and weight issues. The result is exciting performance and outstanding fuel economy.