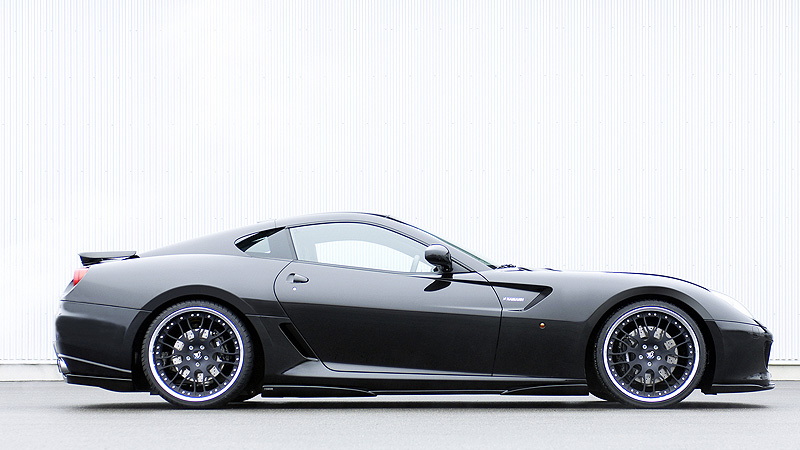 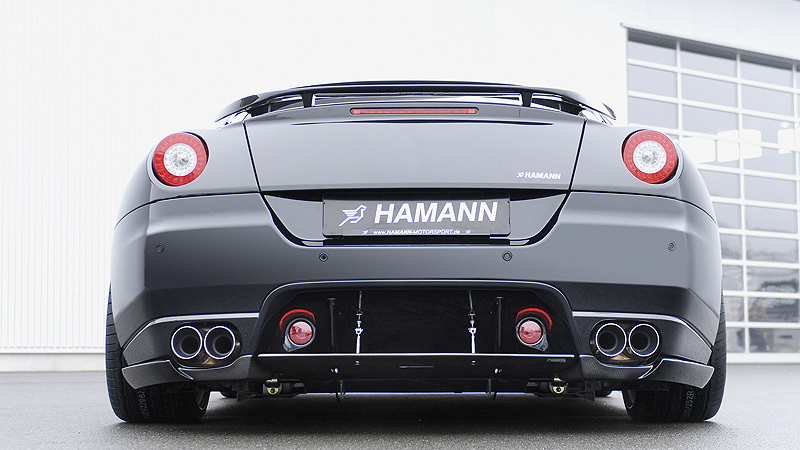 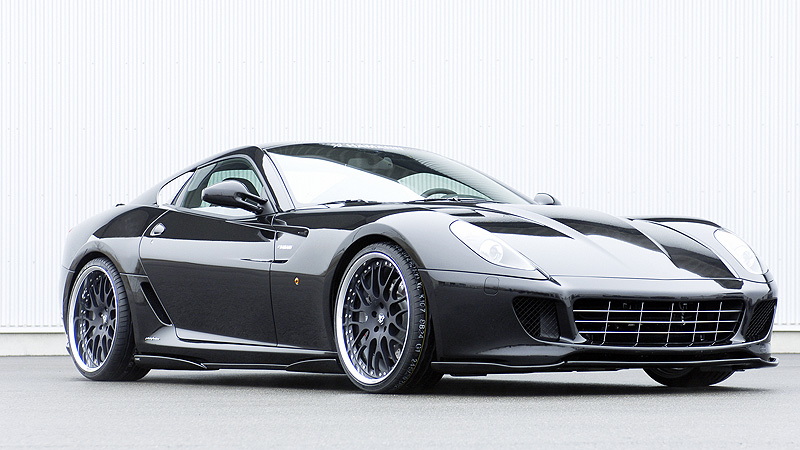 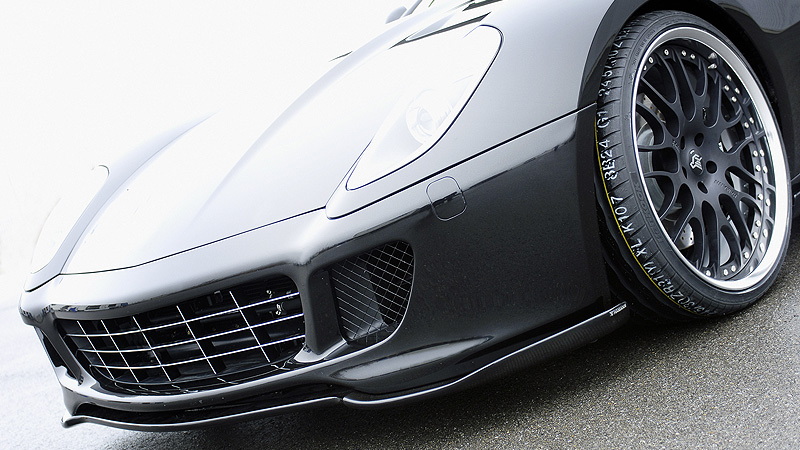 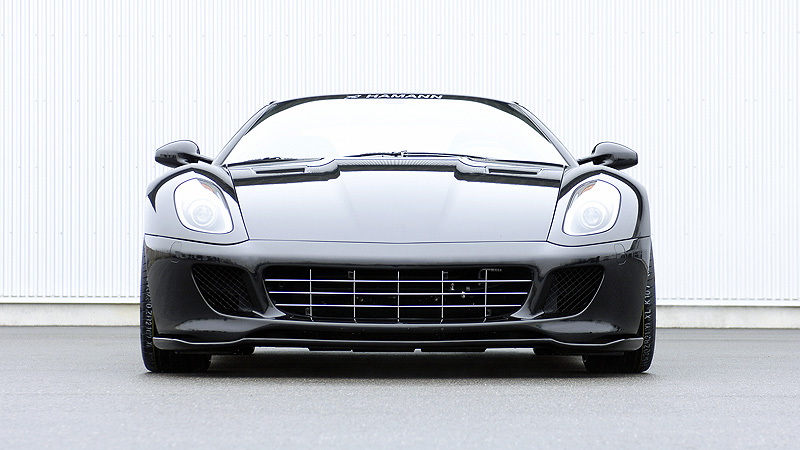 10
photos
As if the Ferrari 599GTB wasn’t already perfect enough, Hamann has decided to offer a power upgrade and bodykit for the V12 powered car that makes it even better.

The extra power is produced by fitting an Hamann high-performance sports header, including racing catalytic converters, to generate an extra 39kW/53hp. This takes the peak power output of this 6.0L V12 engine, already familiar to us from the Ferrari Enzo, up to a massive 673hp. A new sports rear muffler with 90 mm tailpipes both right and left has also been added to improve the growl.

The one area where the 599GTB could be improved is the styling. The standard model doesn’t look as aggressive as it could to us, and that's where Hamann comes in. With their bodykit you get a front spoiler that generates greater downforce on the front axle. Hamann also offers side sill panels, lending the 599 GTB a significantly more muscular appearance. The roof is adorned with a further spoiler, which in turn guides the air to a rear wing. The latter generates downforce on the rear axle and stabilizes the Ferrari at high speeds. Since the 599 GTB is conceptually a race car for the road, Hamann decided to equip the rear end of this Italian muscle car with a three-piece diffuser that matches the rest of the technology.

Hamann has opted for its own creation for the rims, called “Edition Race”. On the inside you can pick from new leather options and extensive multimedia conversions featuring a DVD player, TV reception and a PlayStation.

Click ahead for a full gallery of this stunning car.