GM’s European division will be launching a new mini-SUV based on the Corsa hatch, a vehicle that could be sold as a Chevrolet or Saturn for the US market by the end of the decade. Smaller than the current Antara SUV, which is sold in the US as the Saturn Vue, the new Corsa-based SUV is being developed to rival upcoming models from the likes of Ford, Suzuki, and Fiat.

These latest renderings, which were compiled using information from sources close to the project, reveal that both the US and European versions will be identical, with both cars getting plastic side-cladding, raised suspension and a protective metal skid-plate integrated into the front bumper.

Although Opel models sold in the US are usually badged as Saturns, this latest version is likely to be sold as a Chevy. GM gave a preview of such a car back in 2005 at the Seoul Motor Show with its T2X concept, and it’s likely that any new model will be a Chevy. Production is tipped to start at GM’s plant in Antwerp, Belgium, with the first cars rolling off the production line in late 2009.

Despite its small stature, the new SUV won’t be a budget based model. Based on GM’s new small car platform, the mini-SUVs will feature an AWD configuration and could even get a new mild-hybrid system that utilizes brake energy regeneration. The familiar 1.3L and 1.7L diesel units from the Corsa hatch would likely carry over, however, US markets would most certainly see a petrol version as well. 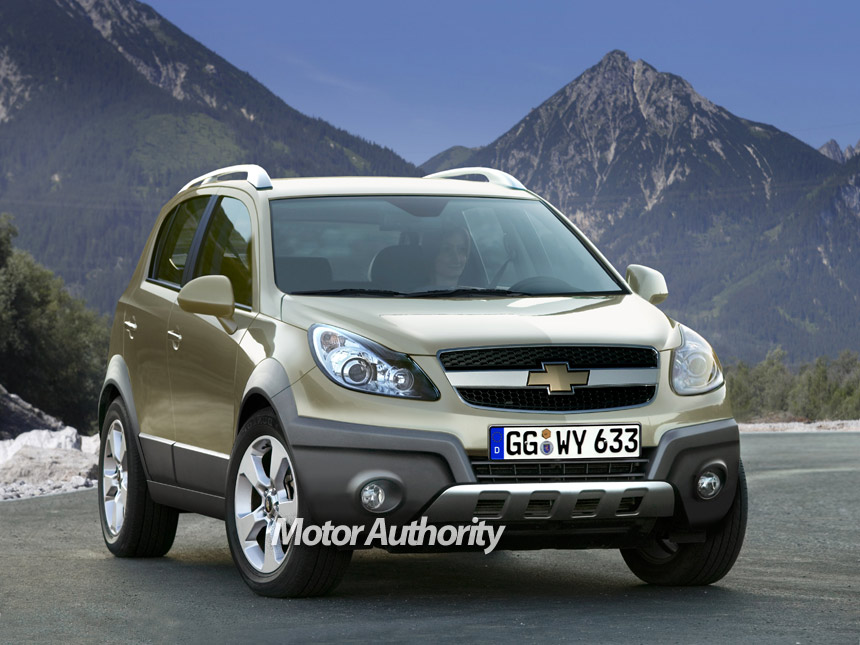 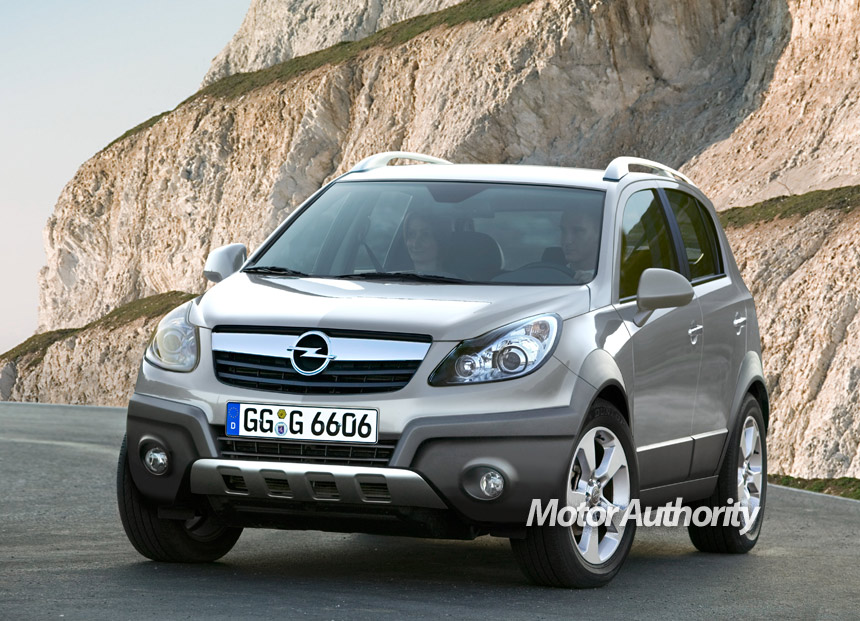