';
GM’s European division will be launching a new mini-SUV based on the Corsa hatch, which possibly could be joined by two additional variants to be sold in global markets including the US. Smaller than Opel’s current Antara SUV, already sold in the US as the Saturn Vue, the new Corsa-based SUV is being developed to rival upcoming models from the likes of Ford, Suzuki, and Fiat.

In a recent interview with Auto Motor und Sport, Opel’s union boss Klaus Franz revealed that a new small SUV will be manufactured at the carmaker’s Antwerp plant in 2010. He also confirmed that in all three new models will be developed from the same small car architecture, one for Opel, another for Chevrolet and a third model for an as yet unnamed US brand, rumored to be GMC.

Despite its small stature, the new SUV won’t be a budget based model. Based on GM’s new small car platform, the mini-SUVs will feature an AWD configuration and could even get a new mild-hybrid system that utilizes brake energy regeneration. Final specifications are yet to be determined but one option quickly gaining favor is the possibility of GM launching an all-electric version.

These latest renderings, which were compiled using information from sources close to the project, give a good indication as to what the final styling of the Opel model will look like. As the rendering suggests, the new mini-SUV will draw numerous styling cues from the Chevrolet Trax concept that was displayed at the New York Auto Show back in April. 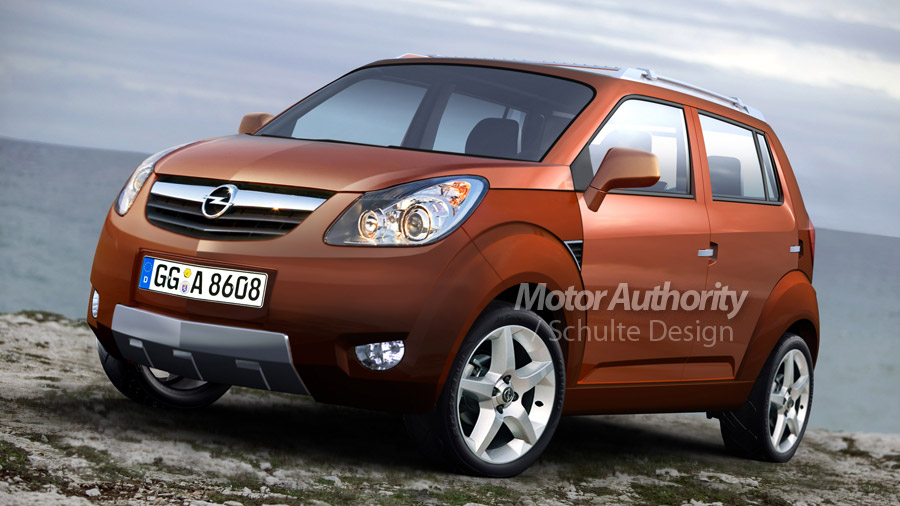 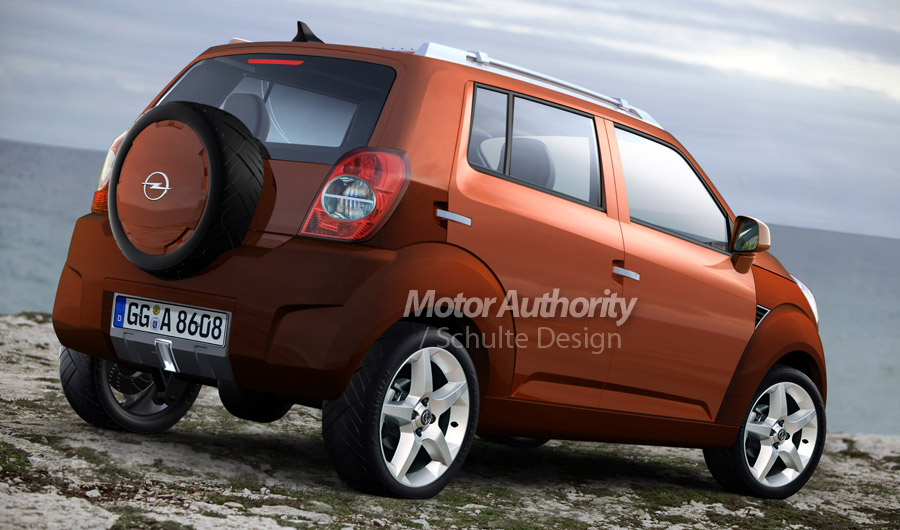