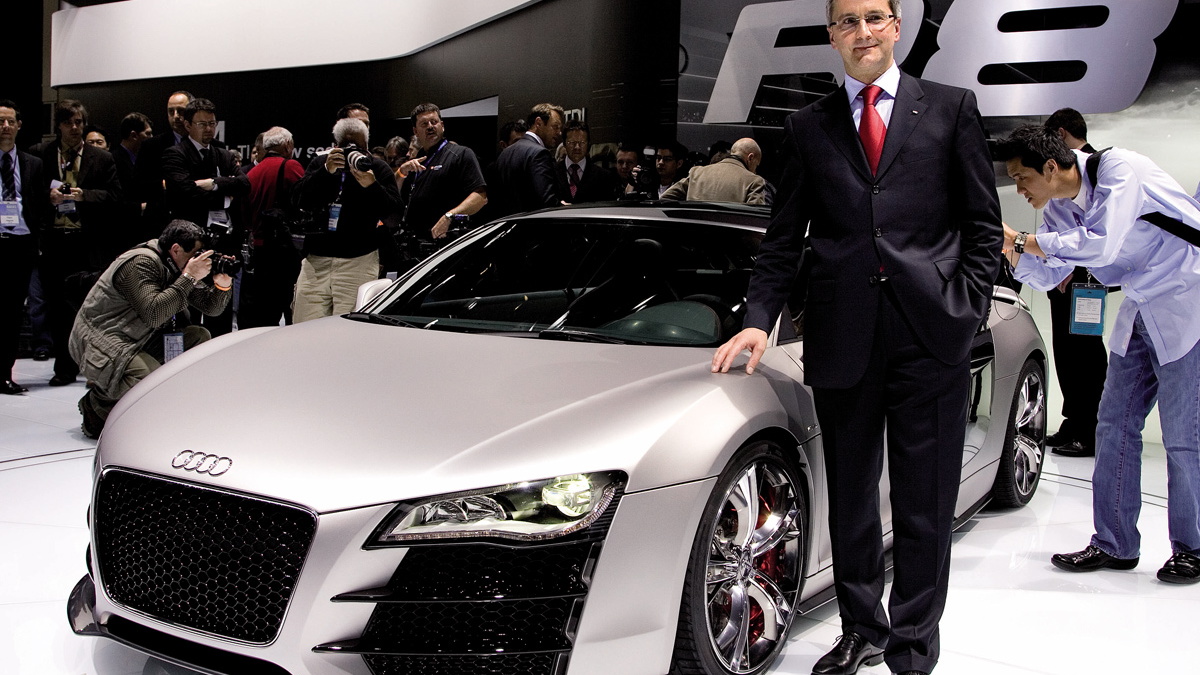 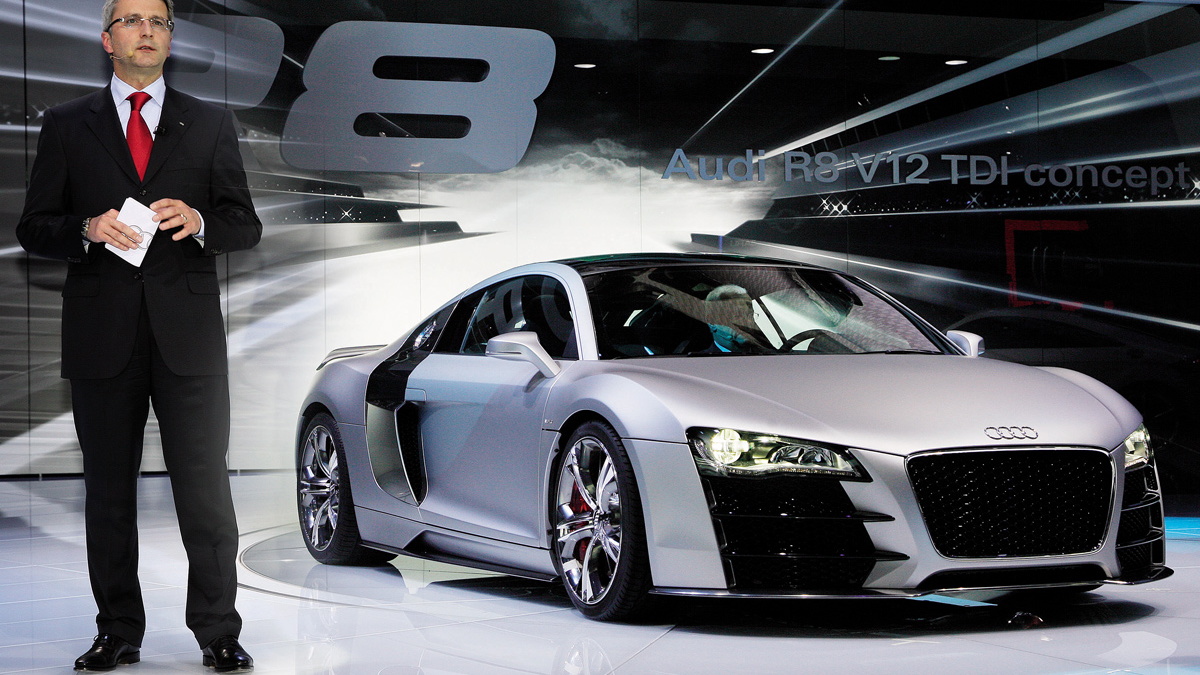 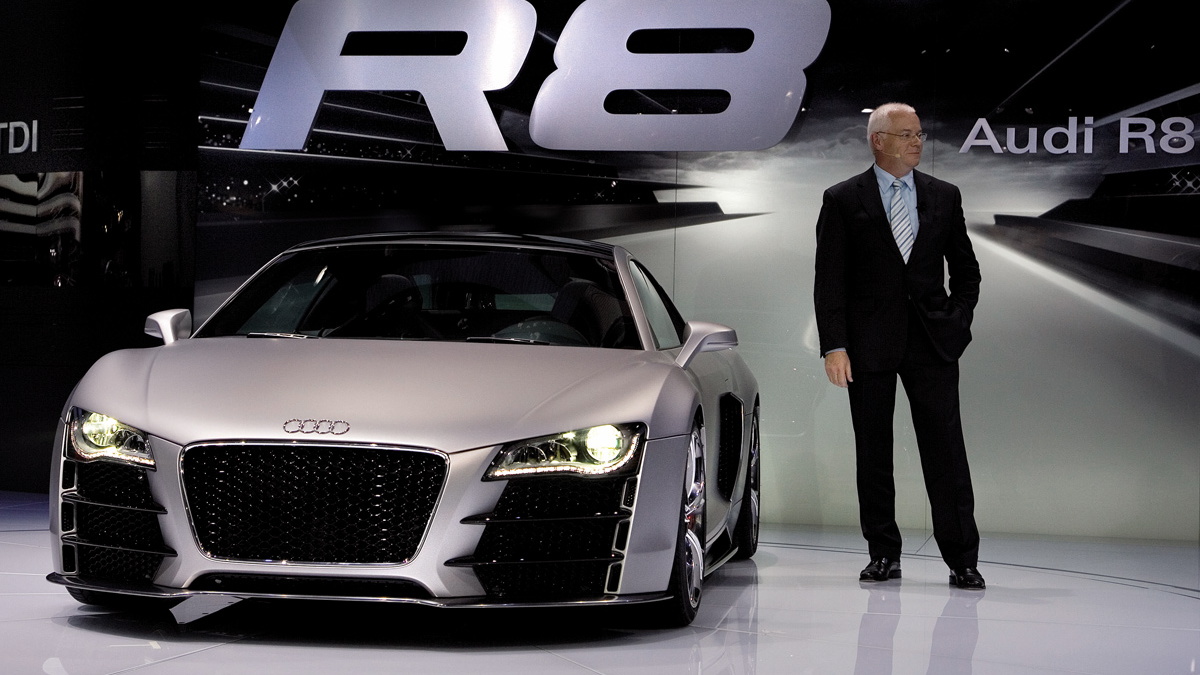 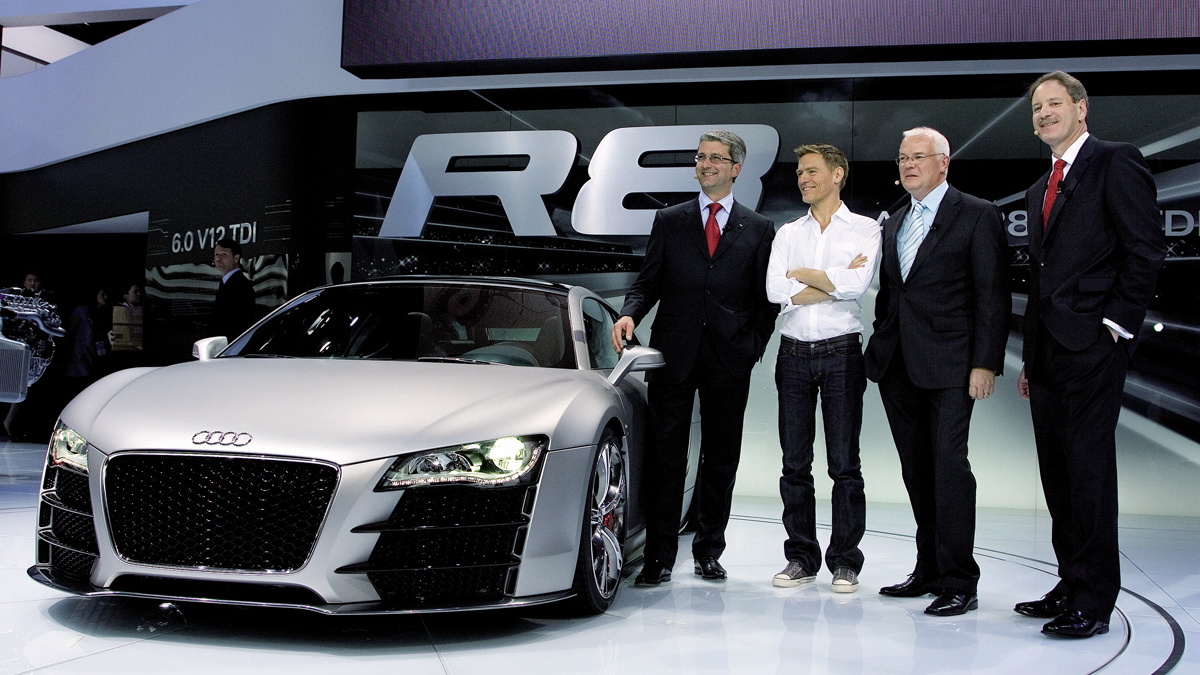 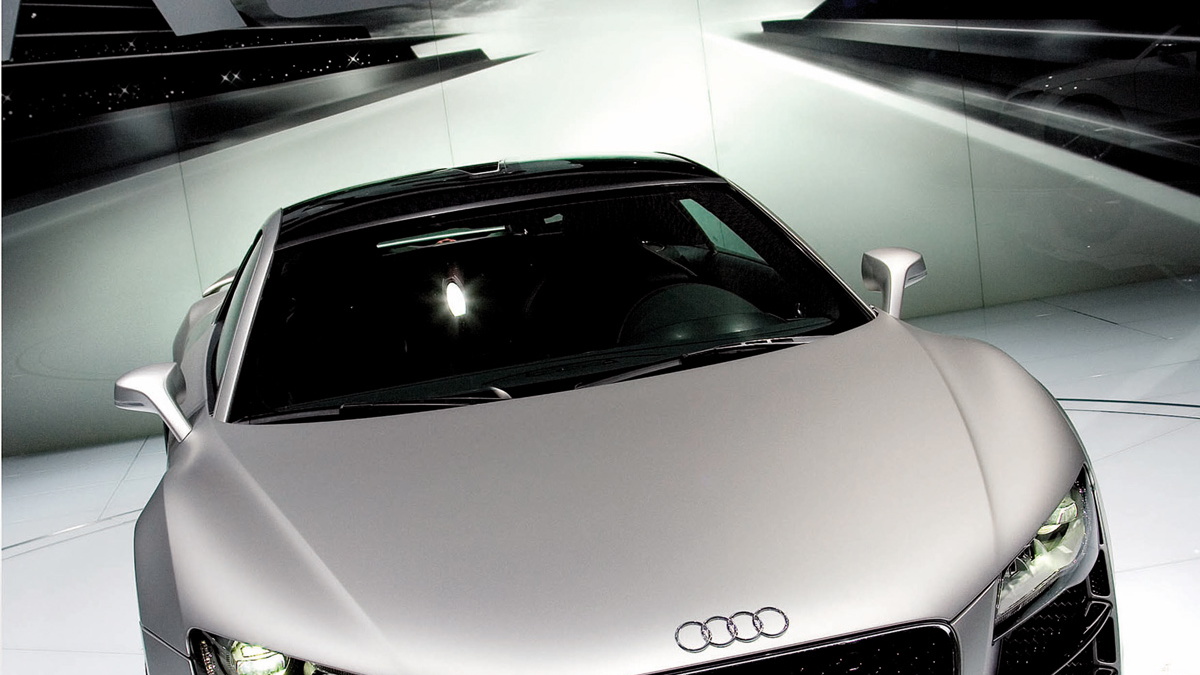 17
photos
Audi's R8 made waves in 2007 as a very accessible, driver-friendly supercar-class vehicle - one you could drive daily if you wanted to. Now the maker from Ingolstadt is taking that theme even further - along with the power - by wedging a V12 diesel inside. Fuel economy, power and all the wonder that is the R8. Could it be the perfect car?

The petrol-powered R8 is a seriously fast car, with 420hp 4.2L V8 and a 4.6s jaunt to 100km/h. But the diesel concept turns in some truly impressive numbers: 6.0L, 500hp and 1,000Nm (738lb-ft) of torque, which brings the R8's 0-100km/h time down to just 4.2s. Twin turbochargers mean there's no time waiting for power to spool up, and the inherent torque advantage of the diesel motor means there should be ample low-end grunt no matter where in the powerband you find yourself.

But Audi does have a few hurdles to overcome, at least in the United States. Diesels in the land of the Stars and Stripes have been few and far between over the last few decades, and consumers have a tendency to think they're still the rattly, foul-smelling, no-cold-start contraptions of the 1970s. Audi may be using the R8 to attack that perception, bringing sexy back to diesels, so that it can prepare the American public for the onslaught of its more affordable cars.

And sexy it most certainly is. Aside from the exterior appearance modifications, the R8 V12 TDI's top speed extends beyond 300km/h (186mph). The massive torque figures are reached at just 1,750rpm, meaning serious punch-you-in-the-back acceleration just off idle. And like all V12s, the sounds are reportedly spectacular. Considering the way that 'green' thinking is taking over the auto industry, the R8 V12 TDI concept's compliance with the upcoming 2014 Euro 6 emissions standards and solid fuel economy just add to the draw of Audi's practical supercar.

The attractive exterior certainly doesn't hurt either, with new and larger air inlets, the larger and wider 'sideblade' air deflector and the continuous aluminum lip spoiler connecting the front and rear diffusers below the enlarged sills. In the concept, the V12 sitting in the middle is showcased, since that is the highlight of the new design, after all. An optional inclusion - hinting at possible production options? - is a real carbon fiber liner for the engine compartment. Particularly attractive are the all-LED headlights. Very bright, daylight-like light means less eye strain while driving at night - even compared to xenon or halogen lights.

Massive ceramic brakes give the oil-burning concept fade resistance to match a race car, and with a total of 24 pistons squeezing those rotors, there's no shortage of stopping power. The lightweight carbon ceramic material also decreases unsprung rotational weight to improve handling and acceleration. And these are no high-tech disposables either: their expected life is in excess of 300,000km (186,000mi).