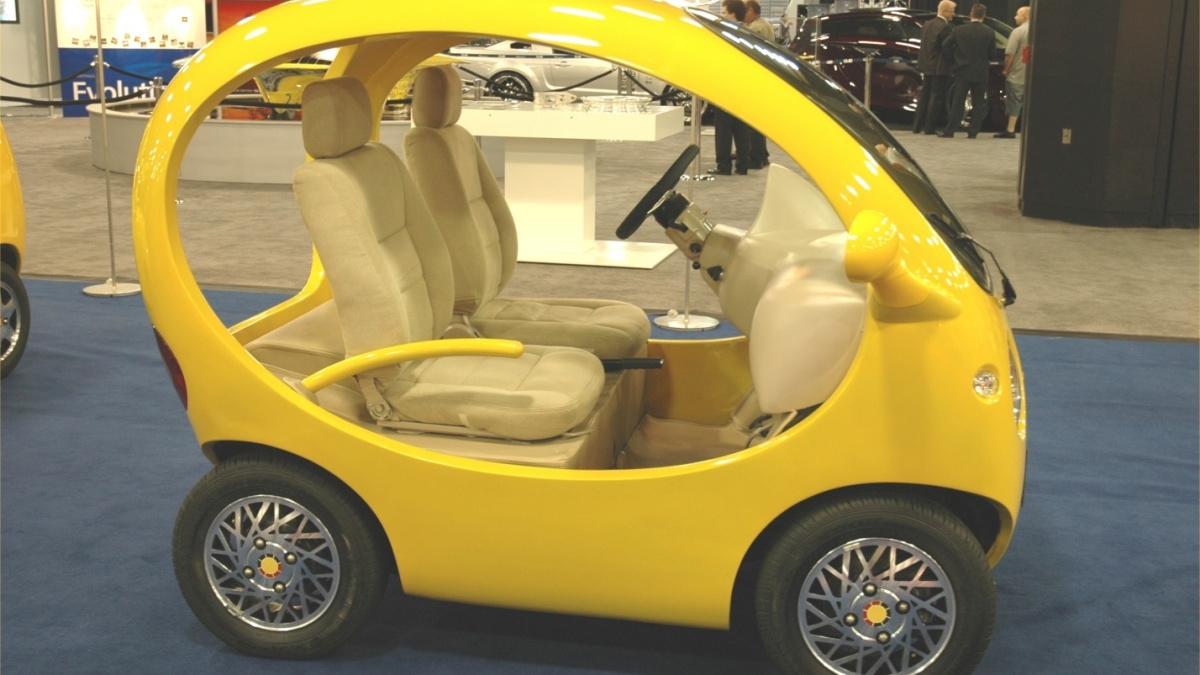 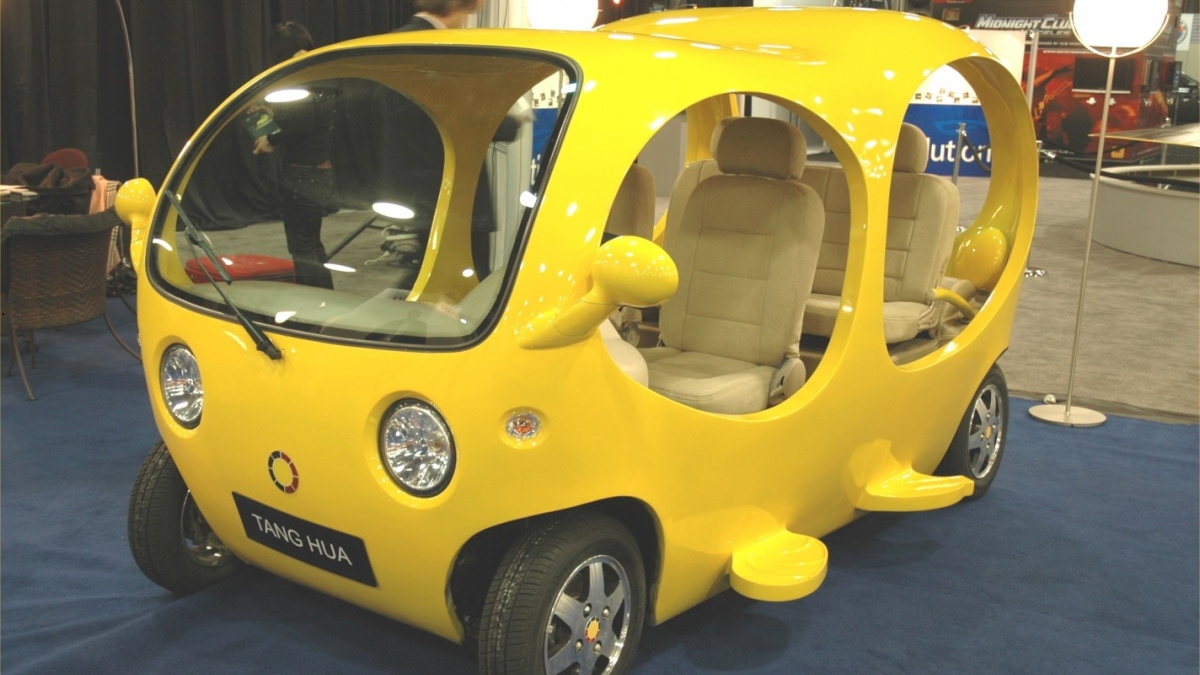 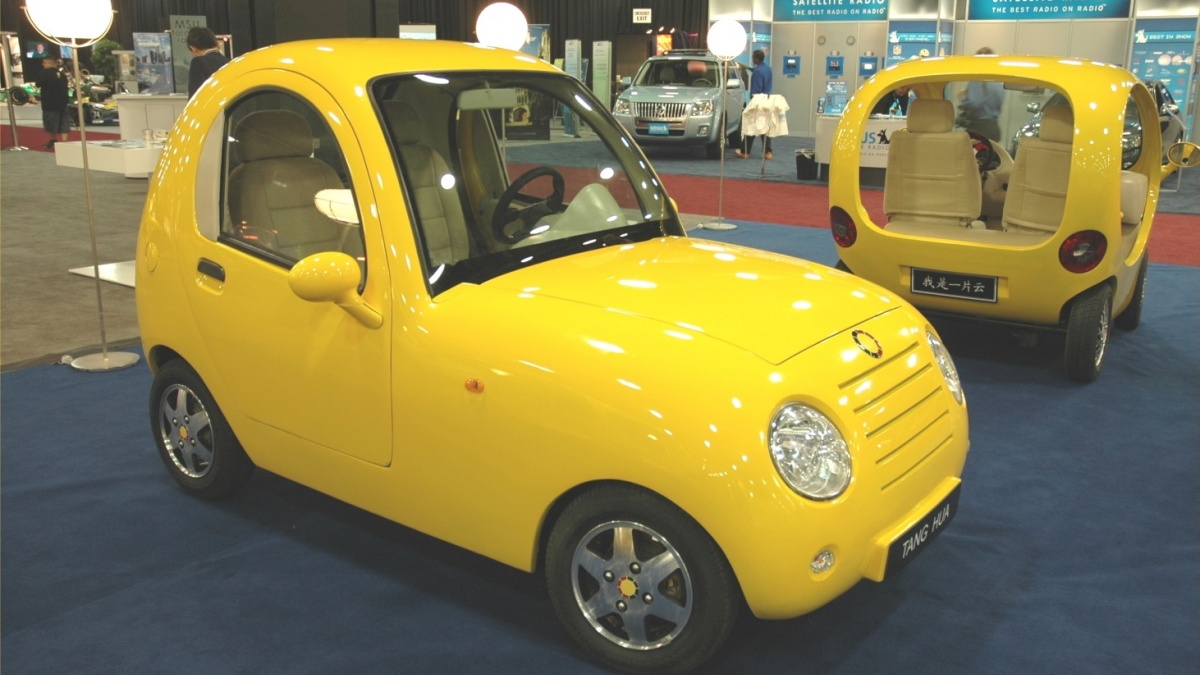 4
photos
China's motor industry has been frequently maligned in the automotive press for its less-than-original designs. And it's certainly true that several of China's more prominently advertised models share striking similarities with Mercedes-Benz, Lexus and BMW designs. But one Chinese designer is working to change that, by developing a unique Chinese automotive design language. Li Guangming is the author of the bright-yellow rounded and rather bizarre - but certainly unique - cars recently spotted in the basement of the NAIAS in Detroit.

All three cars are electric, which Li considers vital to encourage China's auto industry to explore alternative energy sources, noting that 'If China and India burned gas at the same rate as the U.S., they would consume four times the fuel reserves of the entire planet." A good point, and very illustrative of how emerging automobile markets in places like China and India will be forced to innovate new power sources simply because there will be no alternative.

Of the three cars, only one was designed specifically for the Detroit show. Named the Detroit Fish for it's amphibious abilities, the car looks a bit like a four-passenger version of the Piece of Cloud also on display. The bulbous Book of Songs being shown alongside the other two gives a window into how the design language could be translated into vehicles that looks somewhat more like traditional cars.

Whether anything like the three cars on display in Detroit will ever make it to production, it's clear that Li is on to something. Even if the design language that ultimately ends up defining the Chinese auto industry is completely different, Li will have played a role in kick-starting its development. And that's something we can all appreciate.