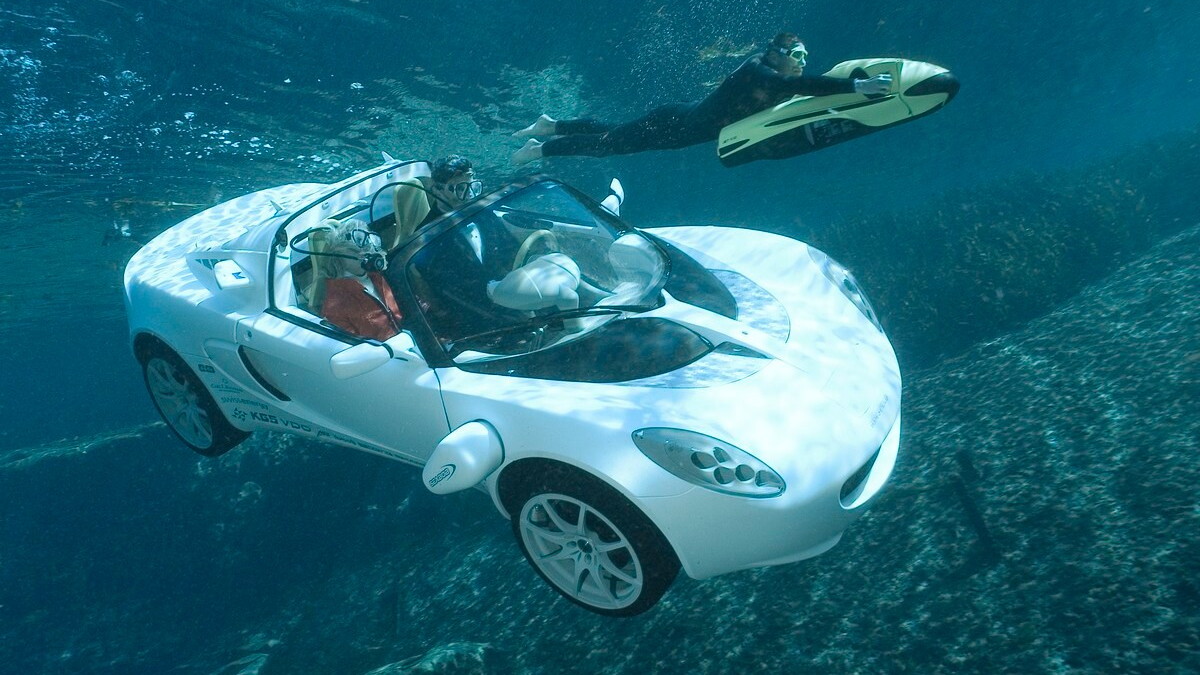 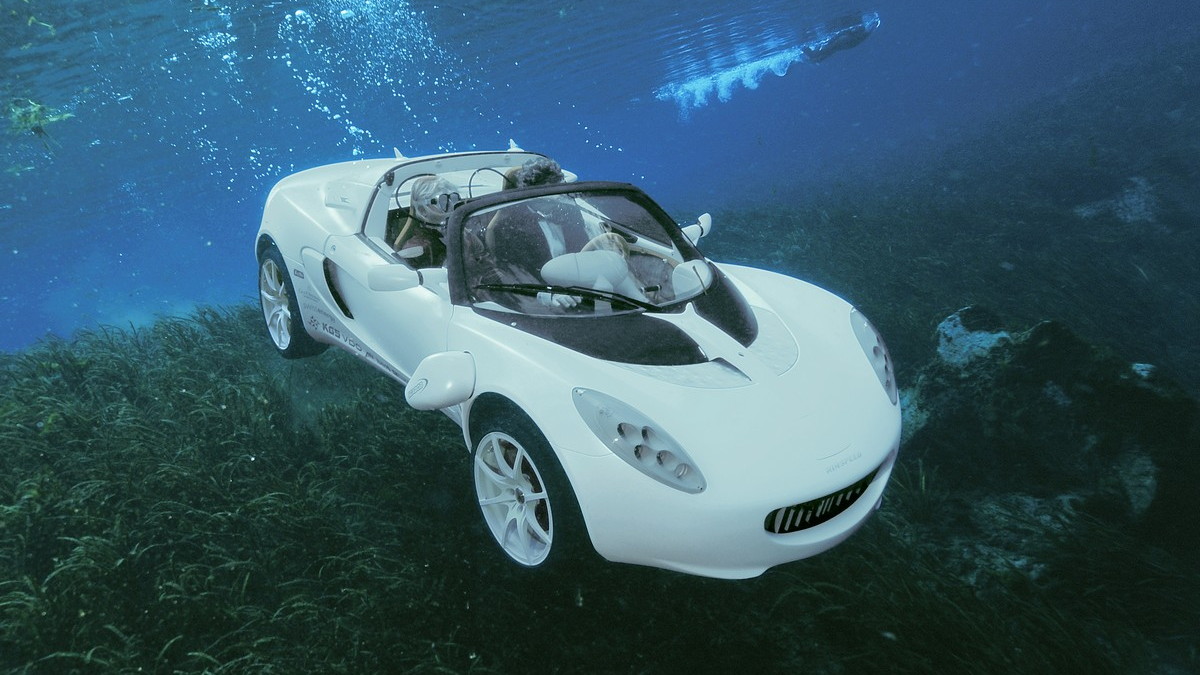 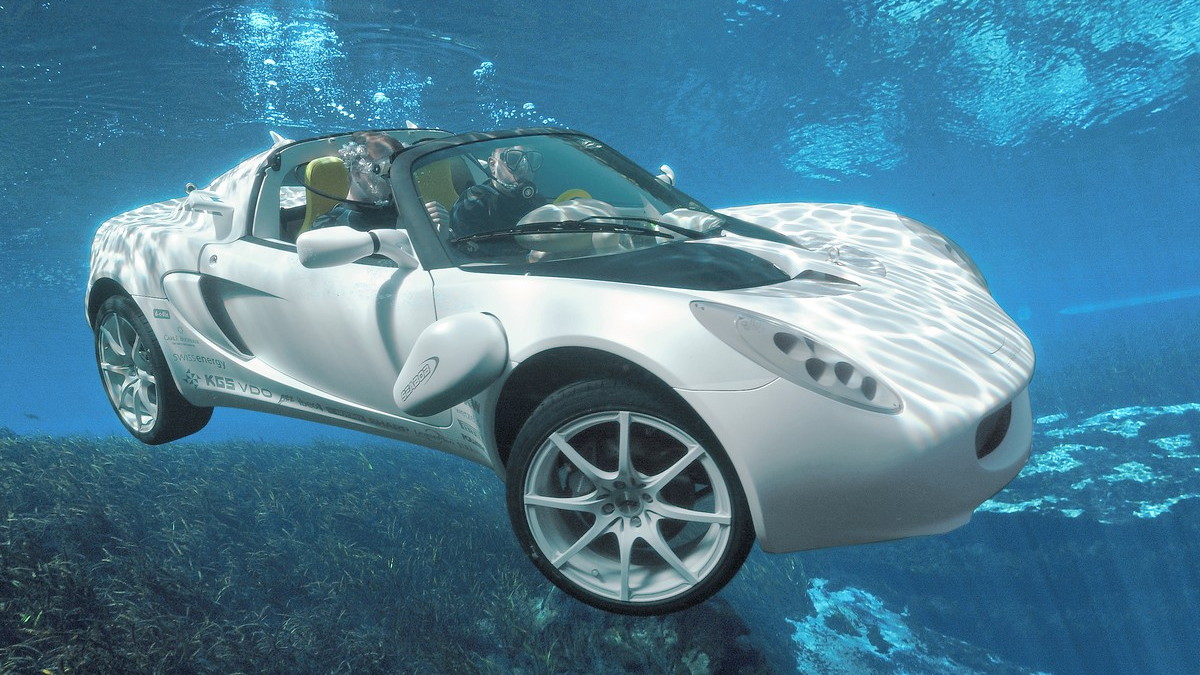 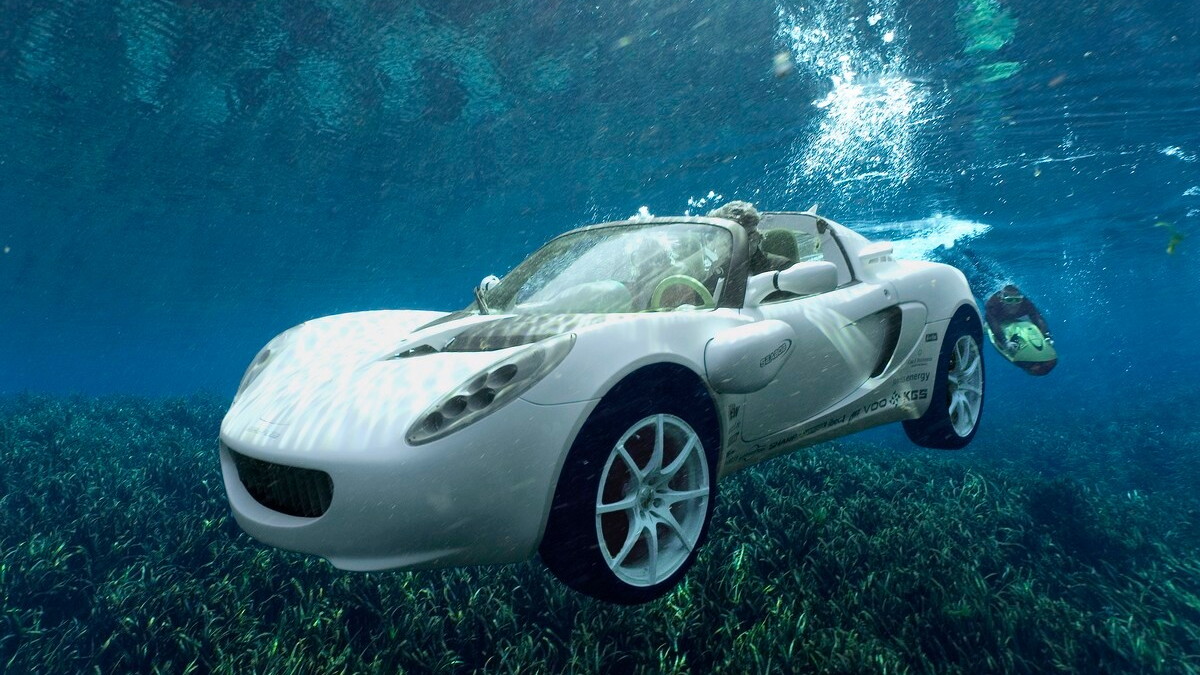 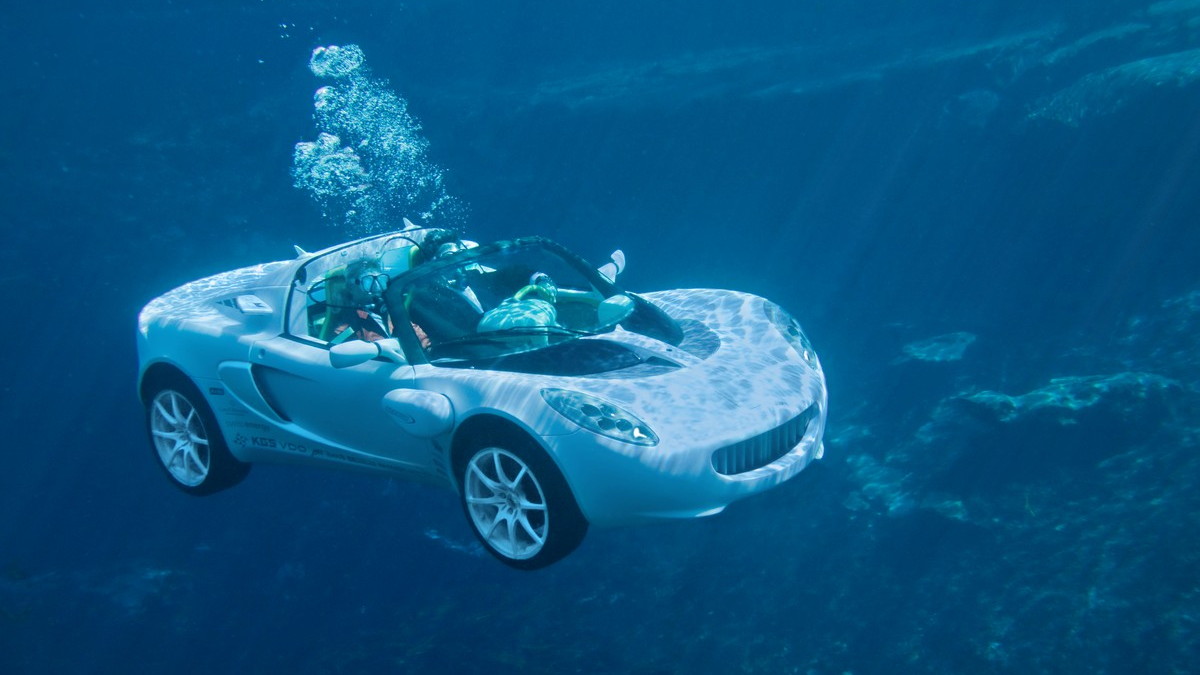 58
photos
Fantasies of James Bond's underwater exploits running through your head? Thanks to Rinspeed's Squba, you can make your fantasies real - provided you have a suitably adventurous companion and a desire to submerge a perfectly good Lotus, of course. We brought you the initial story on Rinspeed's plans last December, but now the real thing is getting ready for Geneva. Read on for a video and full gallery.

A zero-emission vehicle, the sQuba has the capability to drive on land, on water and up to 10m under water. Thanks to its Lotus chassis, the sQuba moves like a cat on land, and with Swiss firm Esoro's help, it moves like a fish underwater. The first step in the process was removing the car's dependance on air - so the petrol motor was out, and electric motors were in. Next the car had to be sealed air tight - electricity and water don't mix, after all - although the open top means the passenger compartment is flooded when under water. Power comes from lithium-ion batteries - and the zero-emission status of the car is reinforced by another Bond gadget: a rotating license plate in the rear.

While underwater, the car is powered by SeaBob jet drives that reside in directional nozzles on the sides of the vehicle. Three motors provide propulsion, one on land and the other two in the water. Occupants breathe from an integrated compressed air tank similar to those used by scuba divers. The open top of the vehicles isn't just for sun-and-surf cruising: if things get ugly underwater, the open top makes for easy exit - and when you're being chased by evil super-villains, things have a tendency to get ugly.

The sQuba will be on show at Geneva next month, but until then we have an extensive gallery of photos and a video to fuel your imagination.