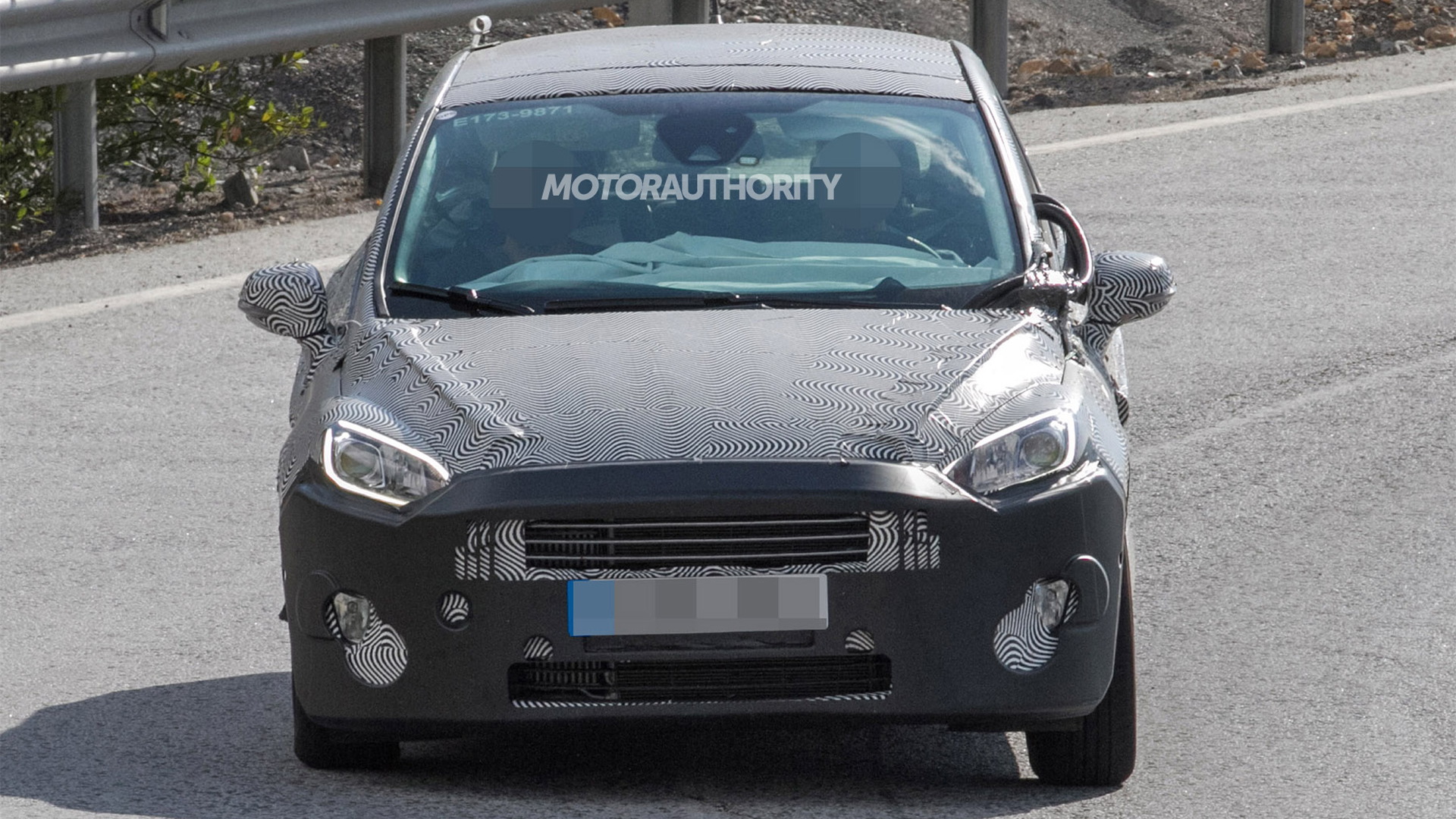 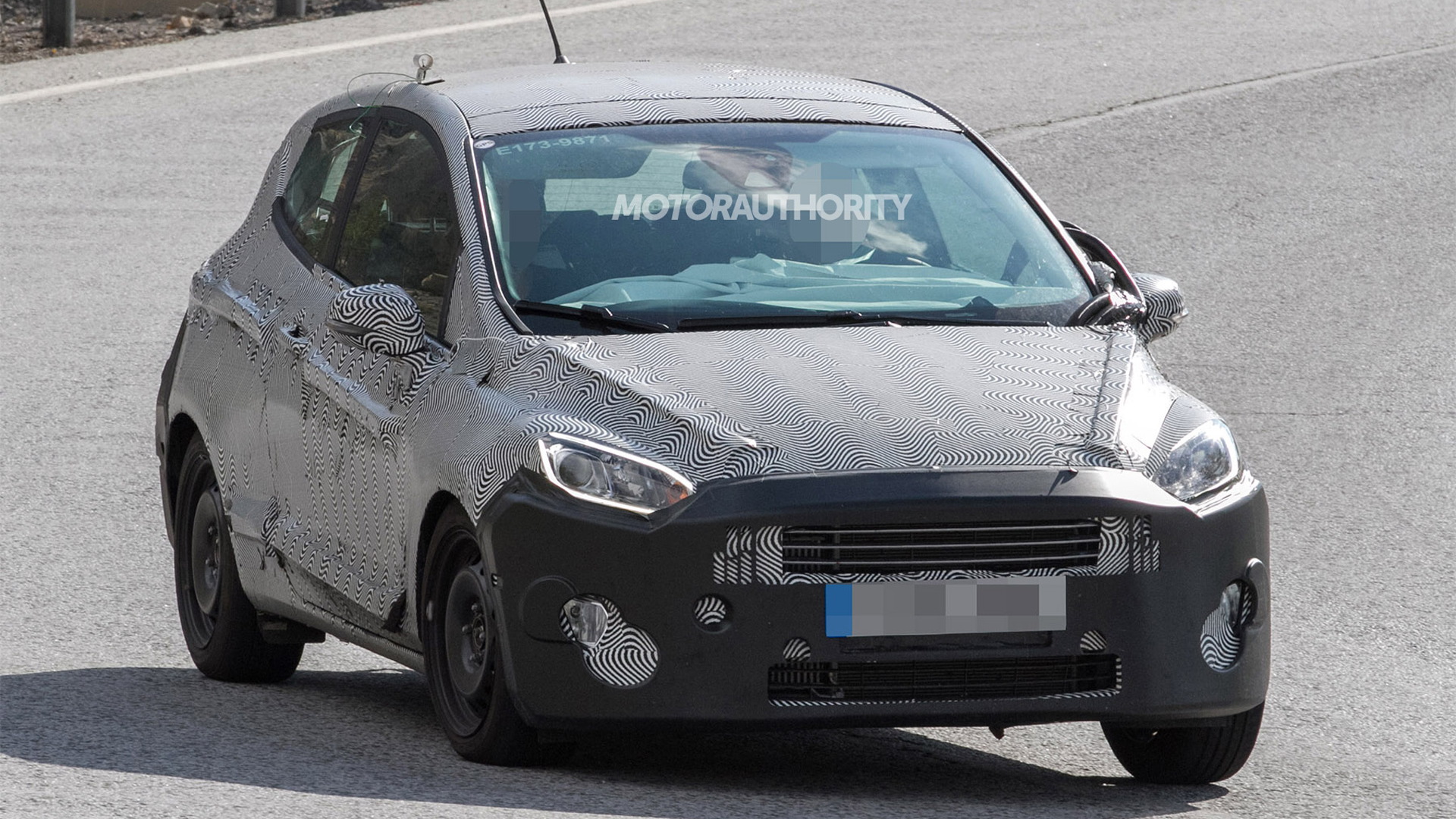 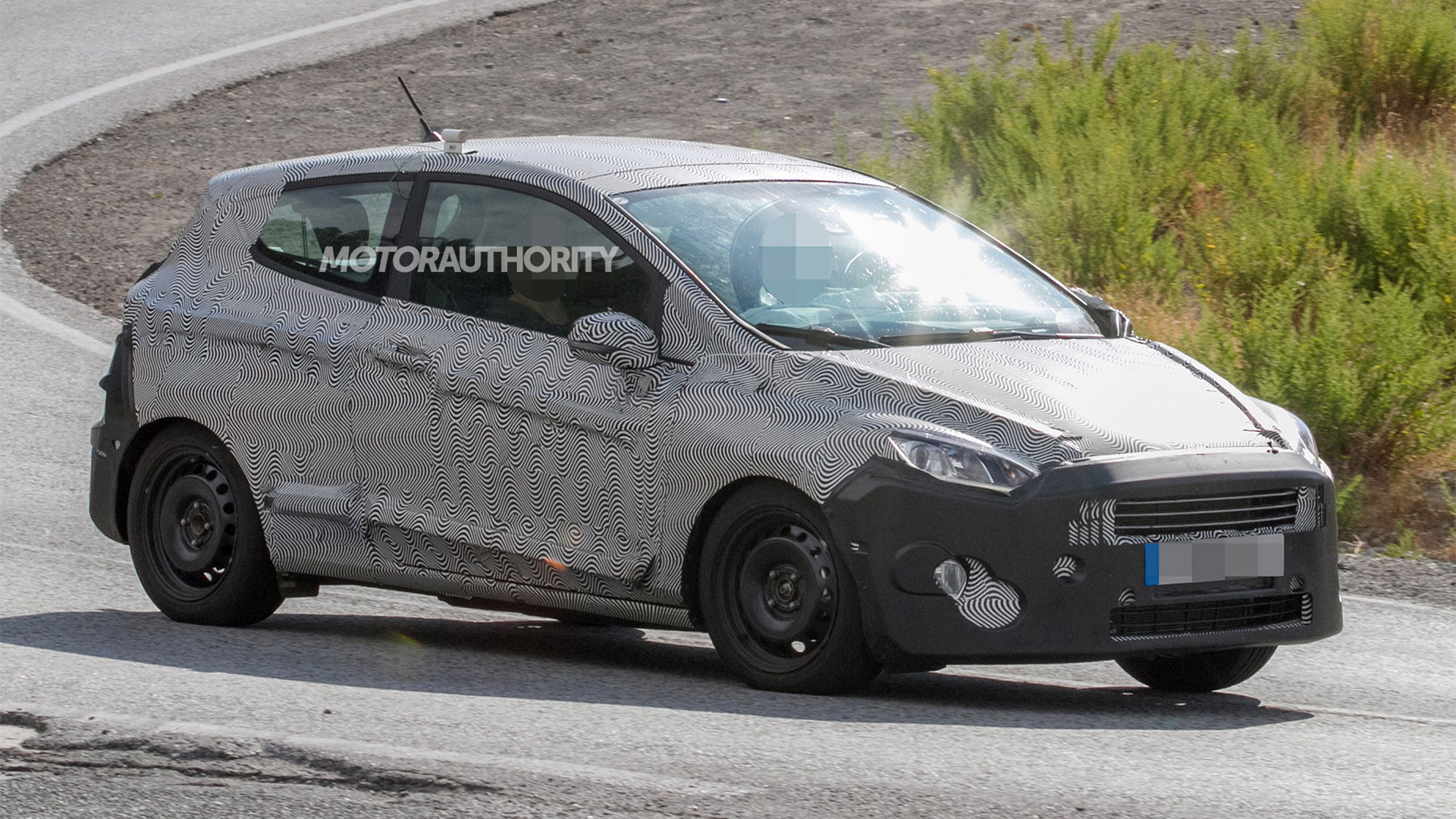 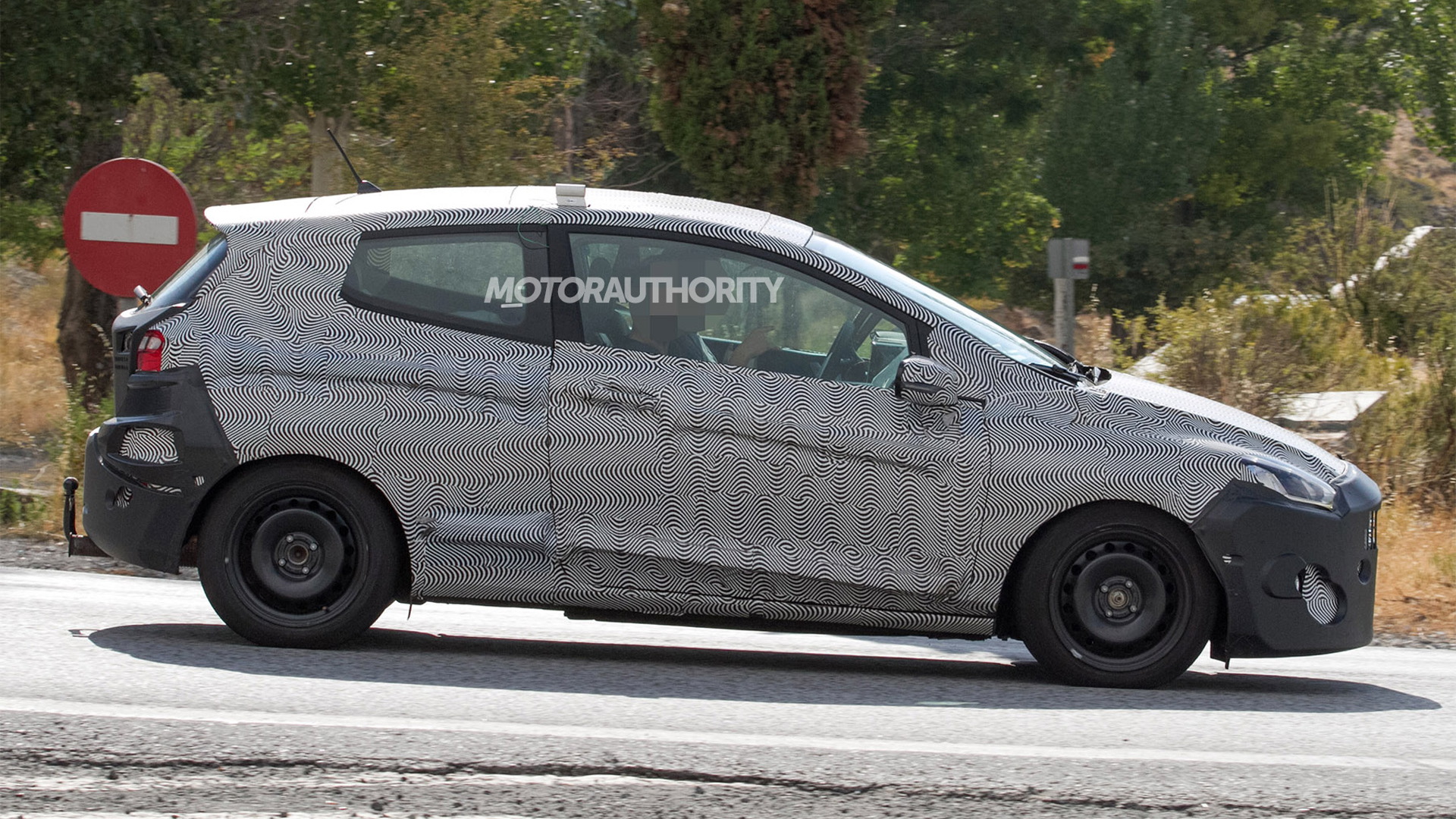 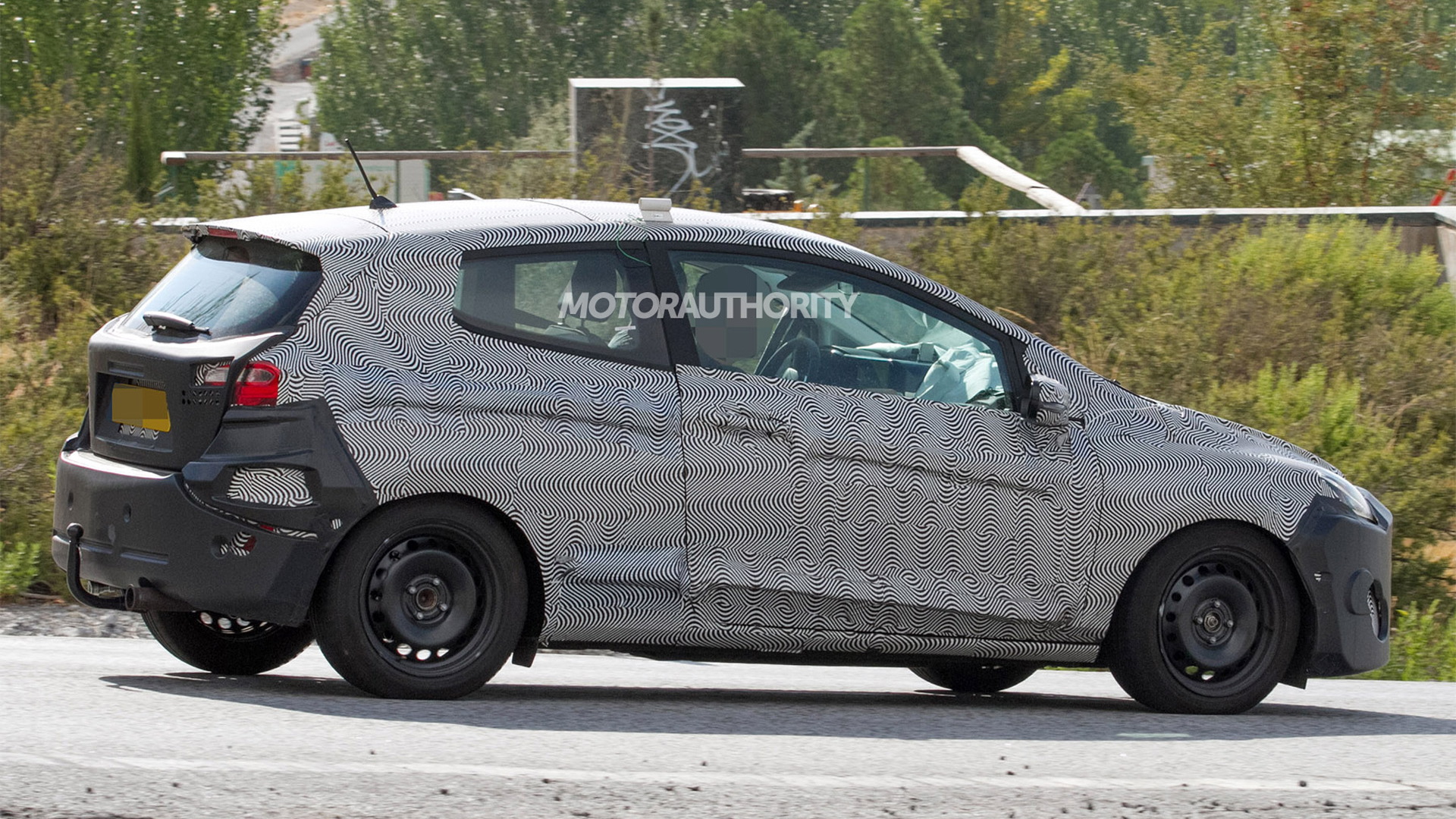 Ford Motor Company [NSYE:F] is working on a new generation of its Fiesta and today we have spy shots of a prototype for the popular subcompact’s three-door hatchback option.

It should debut alongside the five-door at one of the major European auto shows in 2017, and eventually we should also see the sedan.

Though heavily camouflaged, the new Fiesta looks lower, wider and sportier overall compared to the outgoing model, whose design was first shown in 2008. The styling is evolutionary at the front while at the rear the taillights adopt a flatter design than the outgoing model’s units.

It’s too early to talk specifics but expect current Fiesta trim levels to carry forward, perhaps with a new RS variant finally joining the fold further in the life cycle. We know a sporty ST is coming as we have already spotted one of the prototypes.

Sales of the new Fiesta should commence in the latter part of 2017. The cars will likely arrive in the United States as 2018 models.