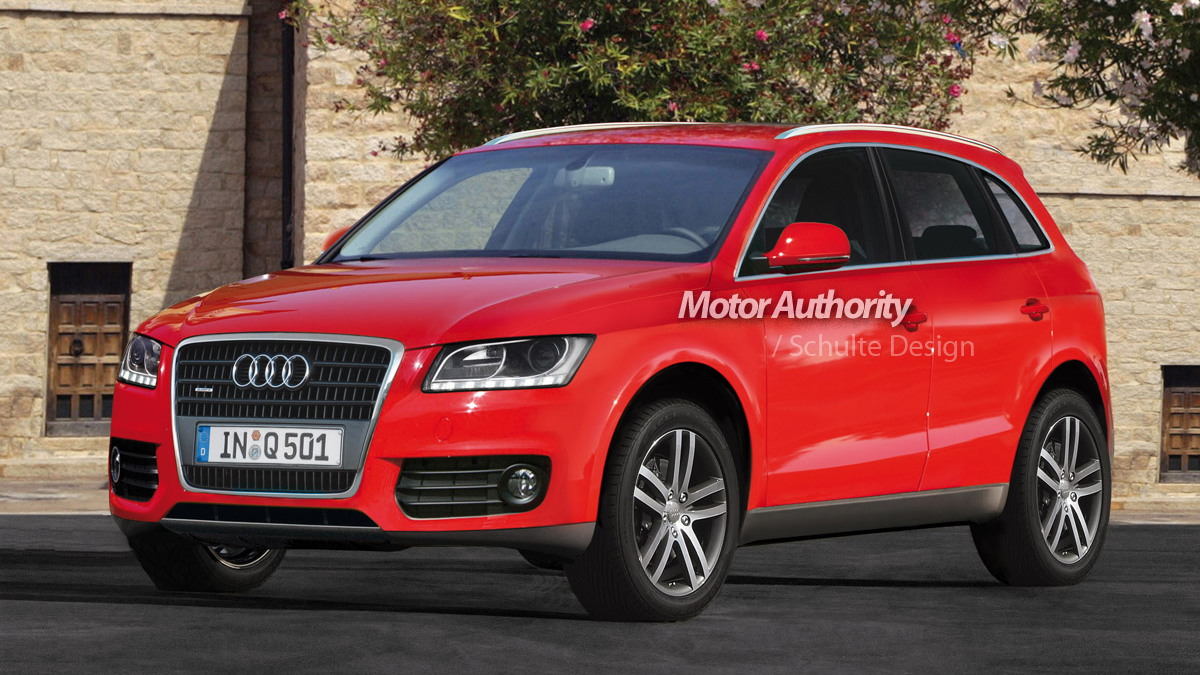 2
photos
With Audi’s Q7 proving to be too expensive for the North American market officials are keen to release the mid-level Q5 to help spur sales in the world’s biggest car market. According to a leaked product schedule the new Q5 won’t officially go on sale until July but the car is expected to make its world debut next month at the Beijing Motor Show.

The new Q5 soft-roader is set to go head-to-head with BMW’s X3 as well as Mercedes’ upcoming GLK-Class and will be promoted as a sporty alternative to its rivals. This latest rendering of the car shows that it picks up many of the design cues from last year’s Cross Cabriolet quattro concept, which starred at the Los Angeles Auto Show.