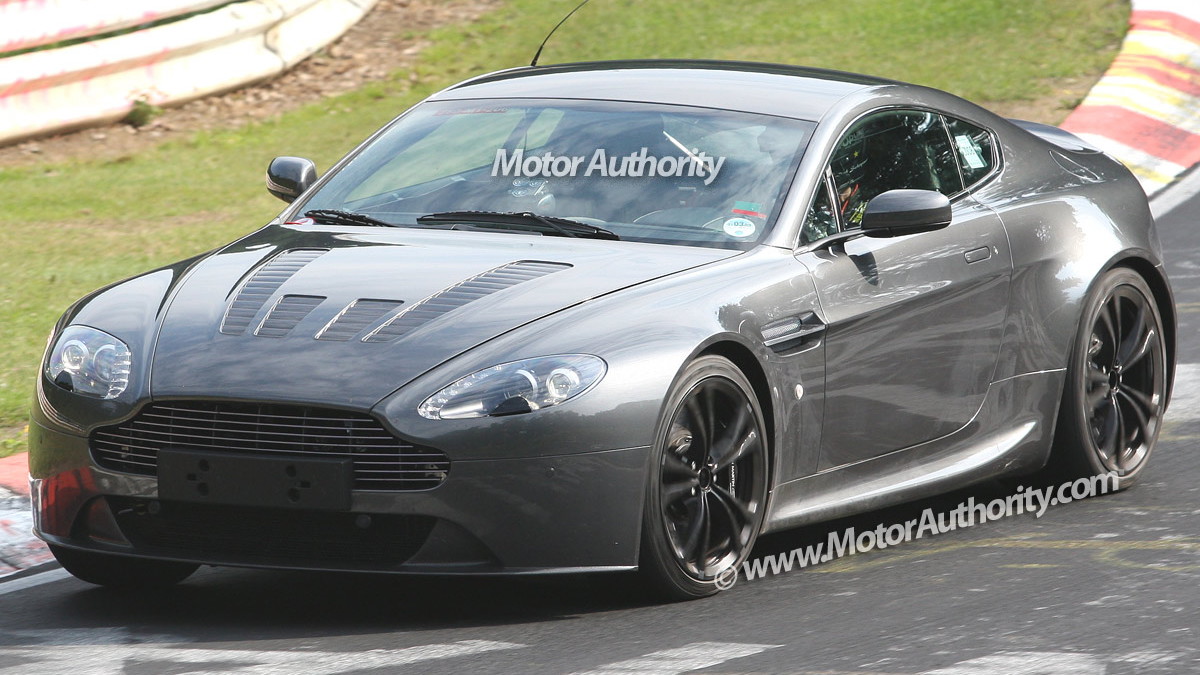 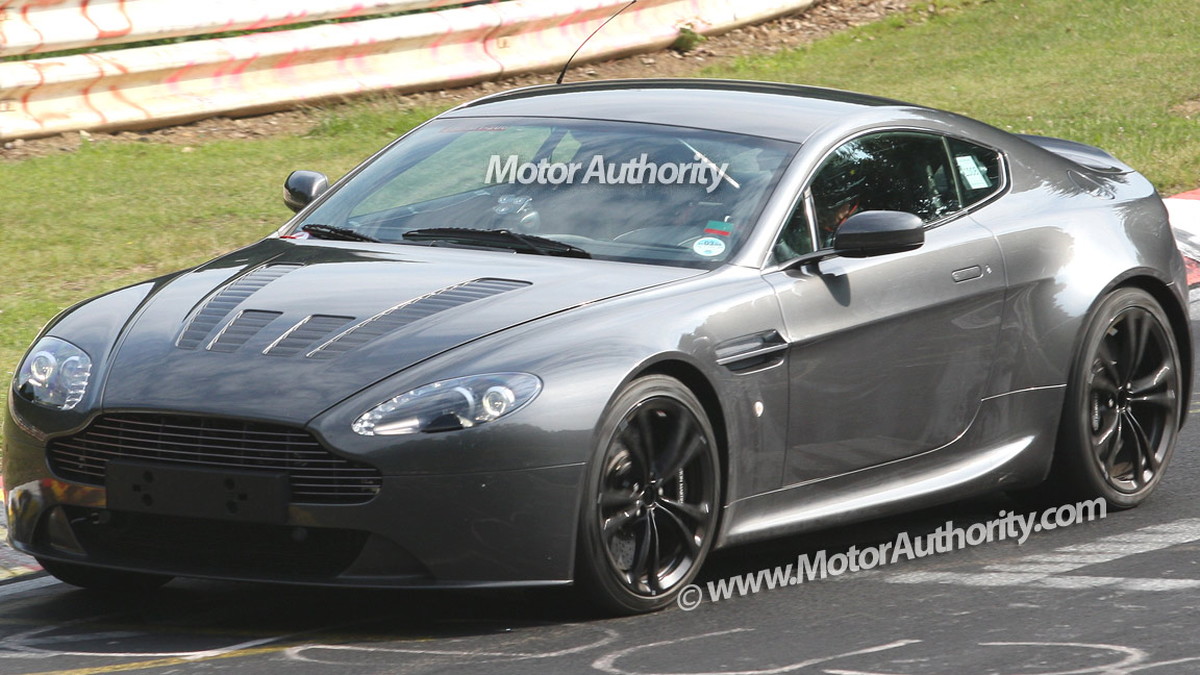 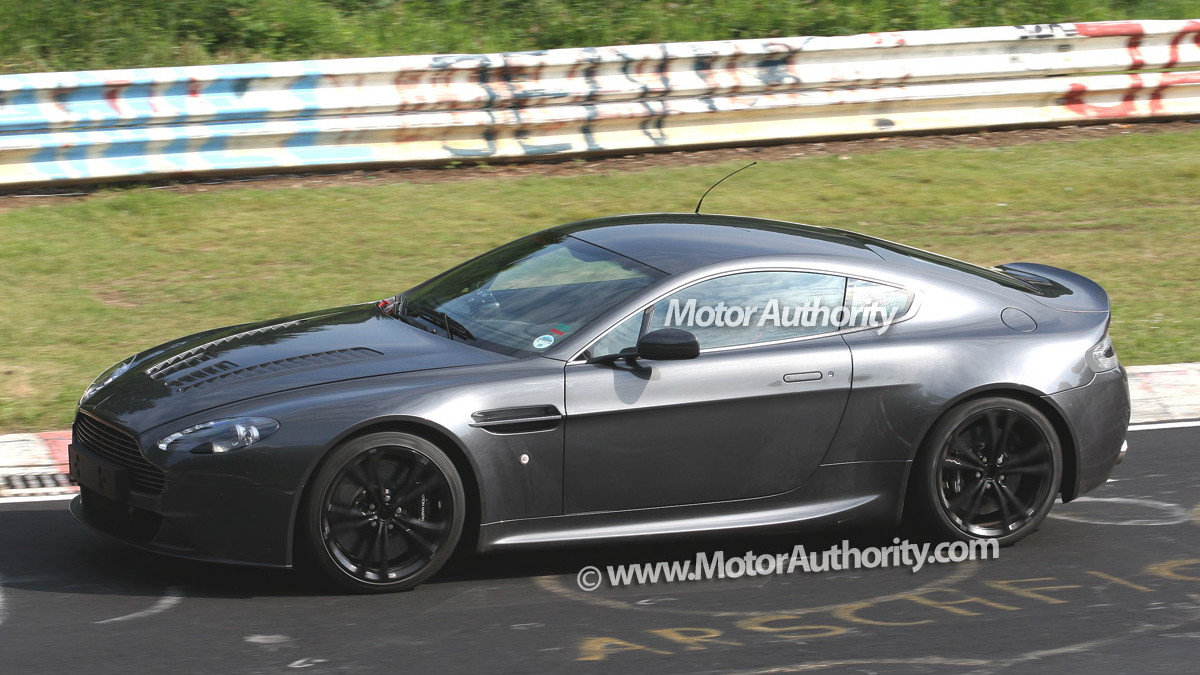 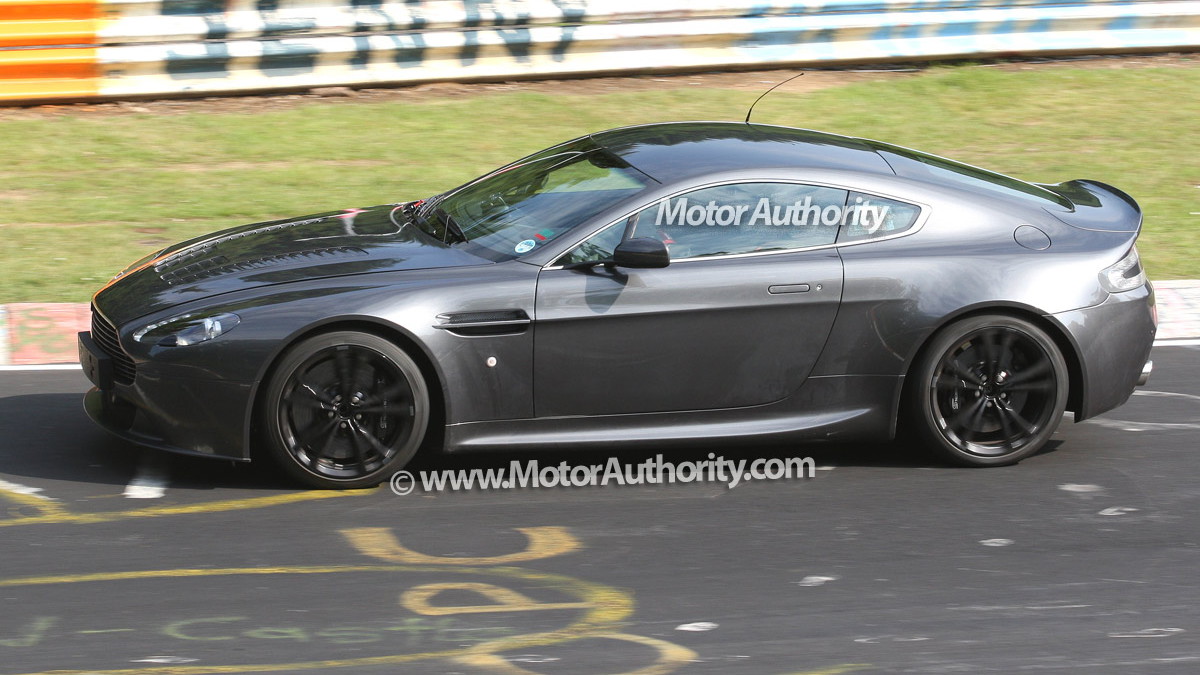 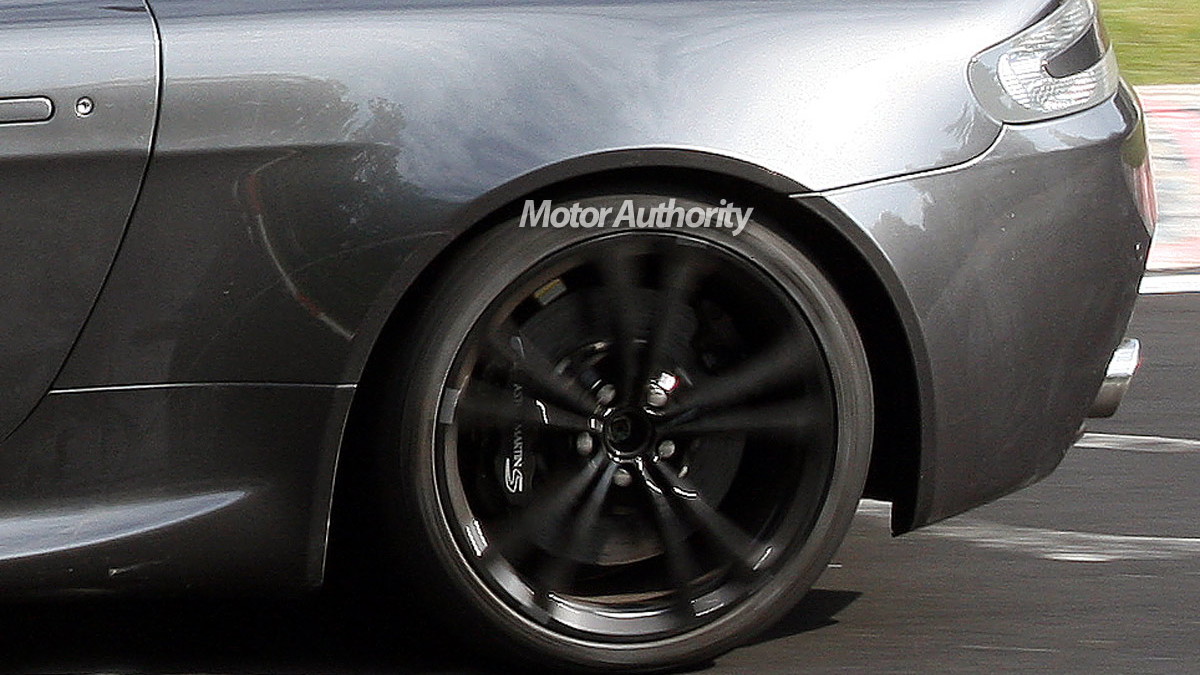 Aston Martin teased us with a V12-powered concept version of its Vantage coupe late last year, which officials claimed was built only as a styling and engineering exercise to promote the opening of a new dedicated design center, however in the months since the unveiling a number of Vantage prototypes have been spotted on German streets and on the Nurburgring. These latest spy shots shows what appears to be a regular V8 Vantage, but the tell tale sign of a big rear-diffuser reveals the massive power underneath the prototype’s bonnet.

The original concept car had the 6.0L V12 from the stunning DBS shoehorned into its engine bay, which combined with the Vantage’s relatively small size and weight ensure the one-off ‘RS’ model was the quickest road-going Aston ever as testified by the car’s 0-60mph time of four seconds.

The production V12 Vantage is expected to feature a slightly down-tuned version of the 510hp engine in the DBS – likely to be around 450hp. The DBS and upcoming DBS Volante are to remain Aston’s flagship models until the arrival of the long-rumored ‘NPX’ supercar. Other features of the production V12 Vantage will likely include a vented bonnet, clear-lens taillights and carbon-ceramic brakes.

While production of the Rapide is taking place at Magna Steyr’s facility in Austria, for now it seems as though the V12 Vantage will be produced at Gaydon alongside the regular V8 model. The first cars should hit showrooms within the next year.