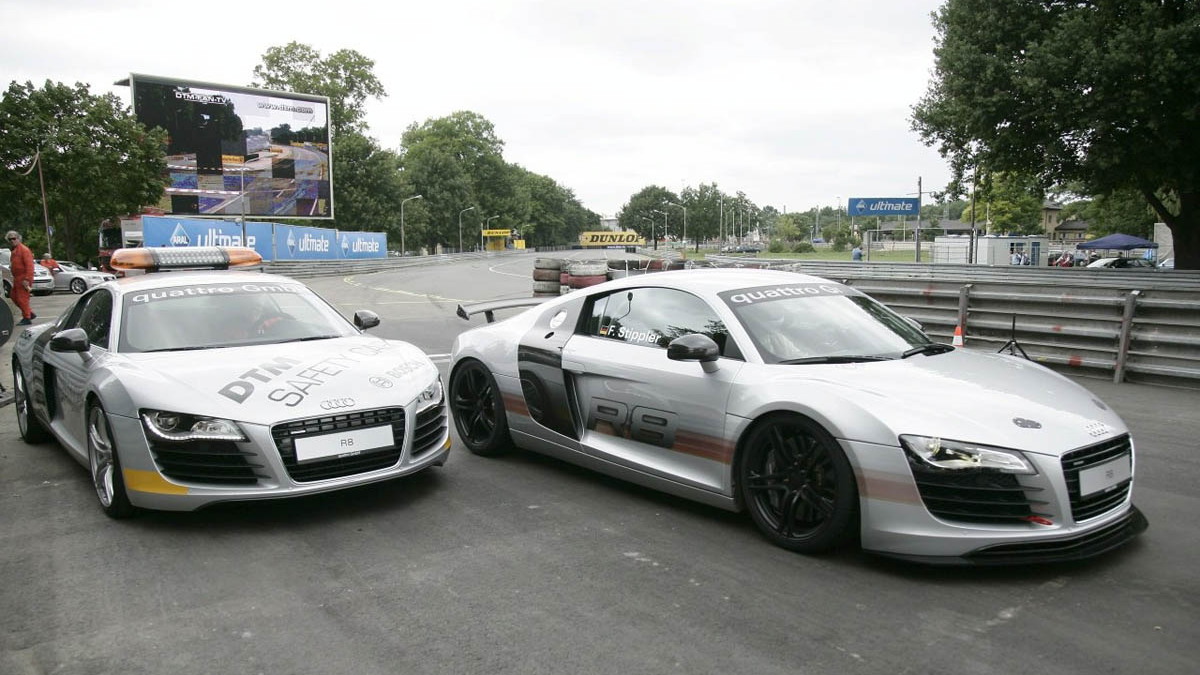 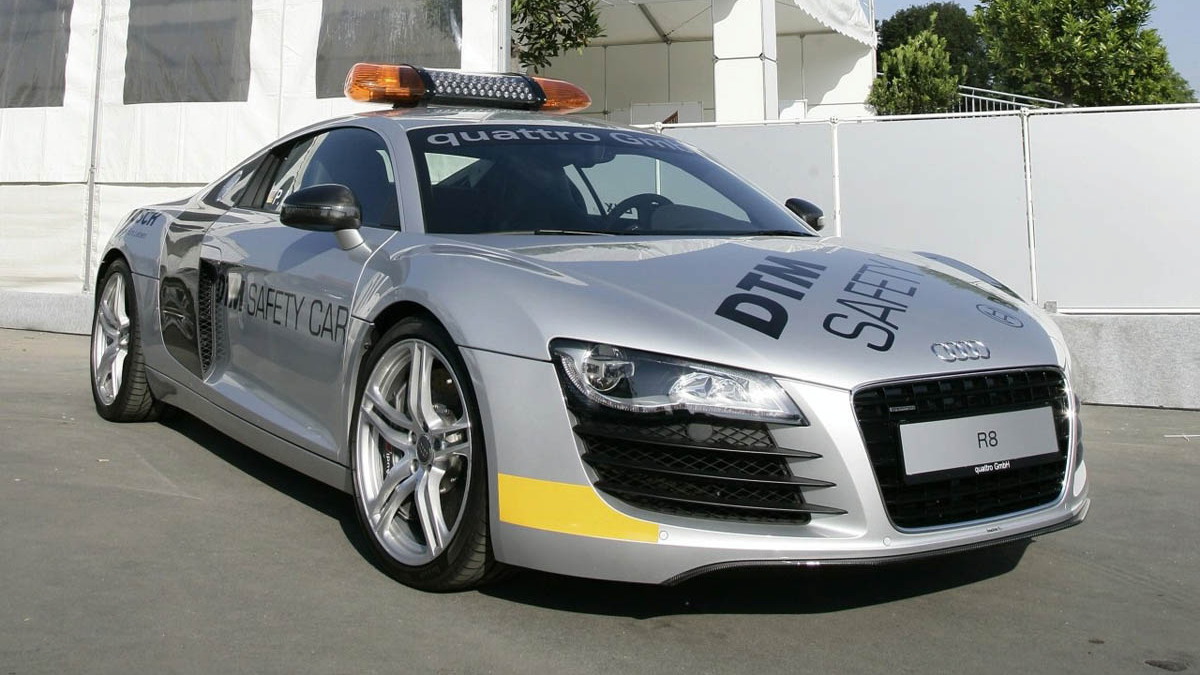 3
photos
Two of Audi's R8 sports cars have been handed over to the German Motorsport Association at the Norisring Speed Weekend event. One will be used as the official safety car for the DTM (Deutsche Tourenwagen Masters) race series, while the other, specially prepped by Audi's in-house tuners at quattro GmbH will be used as a racing taxi.

The safety car is outfitted with lights, special paintwork and graphics and special equipment inside. "There were not many modifications required, though, because the R8 possesses the genes of a perfect sports car,” said Werner Frowein, managing director of quattro GmbH.