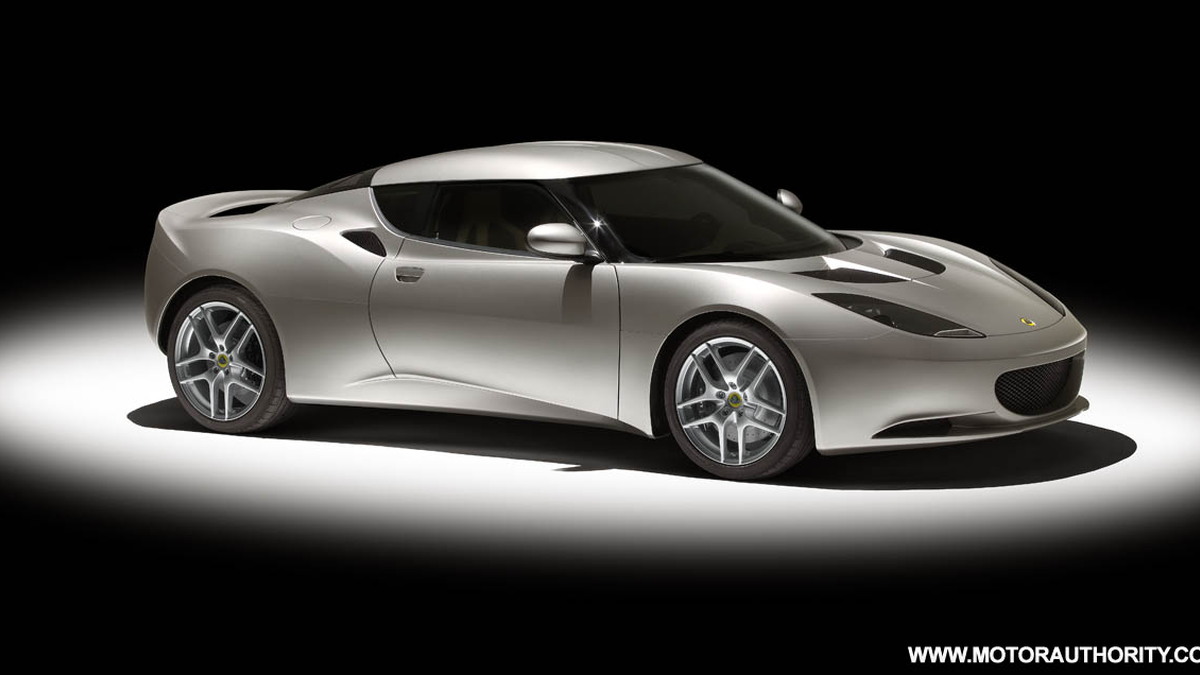 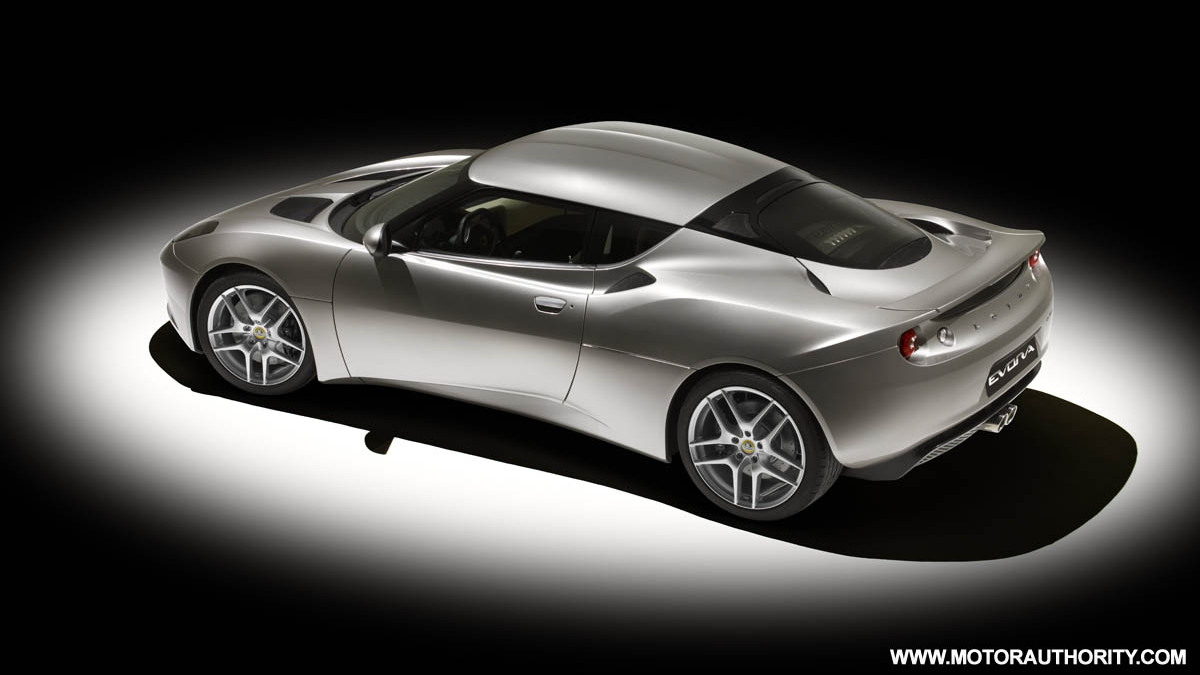 35
photos
Lotus has revealed the new name of its latest model, a 2+2 GT that made its official debut today at the London Motor Show. The car will from now be known as the ‘Evora’ (named after a city in Portugal) and it joins the ranks of Lotus’ existing models, including the Elise, Exige and Europa. The new Evora is the first all-new car from Lotus since the introduction of the Elise back in 1995, and it’s the only sports car on the market with a mid-engine layout and a 2+2 seating configuration.

While Lotus’ current offerings are designed primarily with race track intentions, including the GT-styled Europa - which is largely based on the Elise - the new Evora is designed for people seeking real-world usability matched with stunning design and performance.

Powered by a 3.5L V6, the new car employs innovative lightweight chassis technology for first-rate track performance but with ride and handling more akin to a luxury model. Beneath the skin the entire front-end structure is a high tech aluminum sacrificial modular unit, attached to the main extruded aluminum tub. This modular unit is designed to deform for maximum safety, and to reduce repair costs in the event of a frontal impact. The car’s final kerb weight comes in at 1,350kg but Lotus stresses that it’s still a prototype and this could figure could change by the time production starts later this year.

Despite the wider target audience expected for the Evora, Lotus claims the car is considerably faster around Germany’s benchmark Nurburgring circuit than the Elise and more stable than the Exige. The engine in the Evora is based on Toyota’s global 3.5L V6 but has been extensively modified for application in the Lotus. Changes to the engine management and exhaust systems also allow the V6 to rev more freely and provide rapid throttle response.

The car’s power output is rated at 276hp (206kW) and 252lb-ft (342Nm) of torque. Engineers are still working on the car’s final specifications but early indications suggest a maximum speed of close to 260km/h and a 0-100km/h time of less than five seconds.

Drive is sent to the rear wheels via a manual six-speed gearbox, again Toyota-sourced. A close-ratio version of this gearbox is also currently under development for the even more sport-focused driver.

The brake package consists of Lotus AP Racing 4 pot calipers and vented and cross-drilled discs measuring 350mm up front and 332mm in the rear. These reside within 18 and 19in alloys, the bigger wheels located at the rear.

In keeping with its luxury overtones, the Evora features plenty of leather and aluminum surfaces in its interior. The dashboard will be dominated by a stylized speedometer and rev counter, backlit with blue LEDs, and all controls are positioned towards the driver in true sports car tradition. Other details include figure hugging bucket seats, hand-stitched leather and a flat-bottomed steering wheel. The Evora will also come with a 7-inch touchscreen multi-media system with satellite navigation and Bluetooth connectivity.

As well as being sold in a 2+2 configuration, the car will also be available as a two-seater with extra storage space located behind the seats. The rear seats will be strictly for children or small adults. Wider, taller door apertures and narrower sills also make getting in and out of the cabin a less athletic undertaking than in previous Lotus models.

Anti-lock brakes are standard on all models, as are traction and stability control. These systems have been specially developed in co-operation with Bosch to provide enhanced safety features whilst maintaining performance characteristics.

Deliveries in Europe will start in the first half of next year, with only 2,000 of the hand crafted cars planned each year. Other derivatives are also planned for the future, including a convertible and a high-performance variant.

Lotus CEO Mike Kimberley describes the new Evora as the biggest milestone ever achieved by the company since the Elise was born 13 years ago, but he hinted that this is just the start of things to come. He reaffirmed his earlier comments that Lotus is executing a five year plan that will see the launch of two additional models.