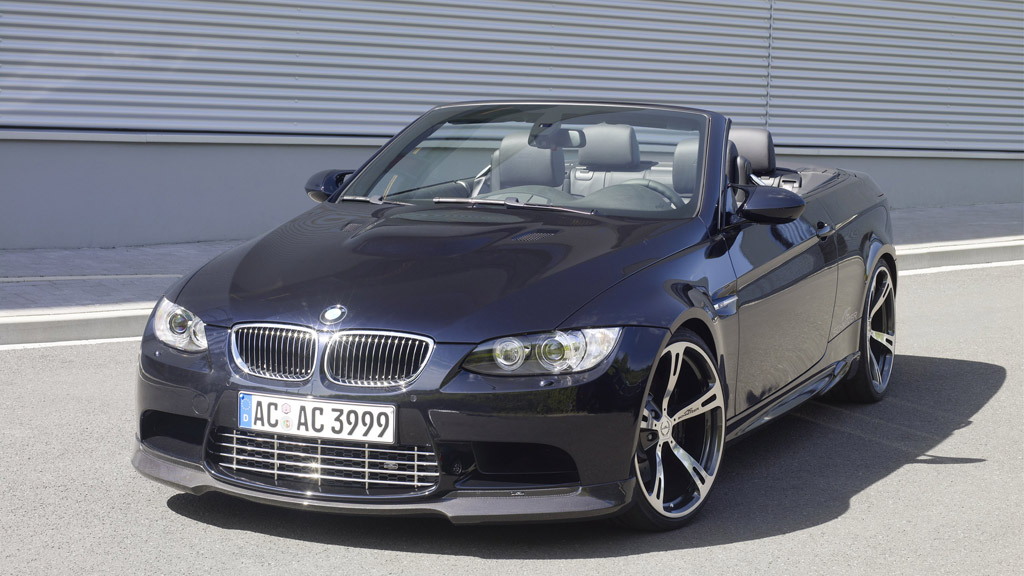 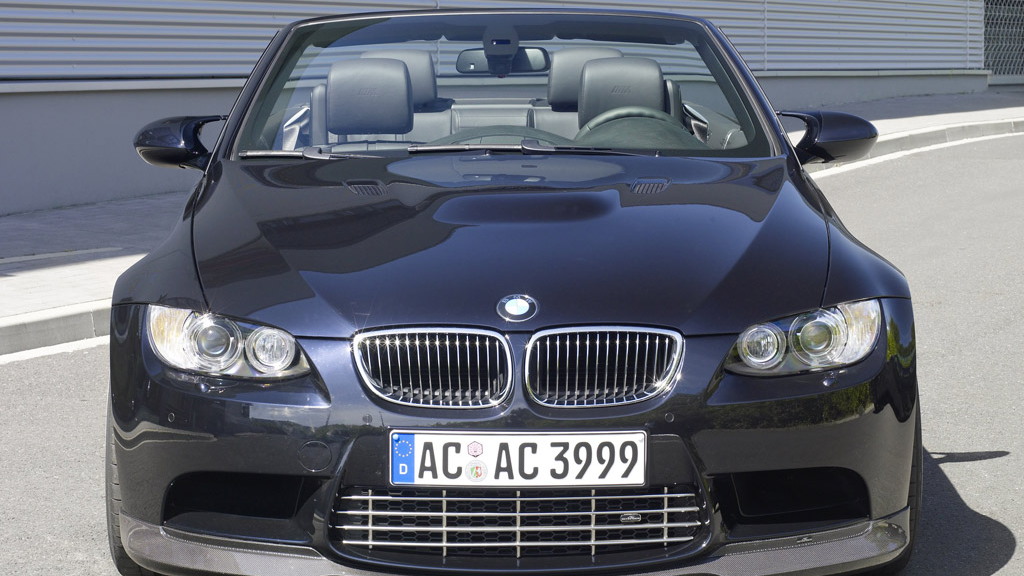 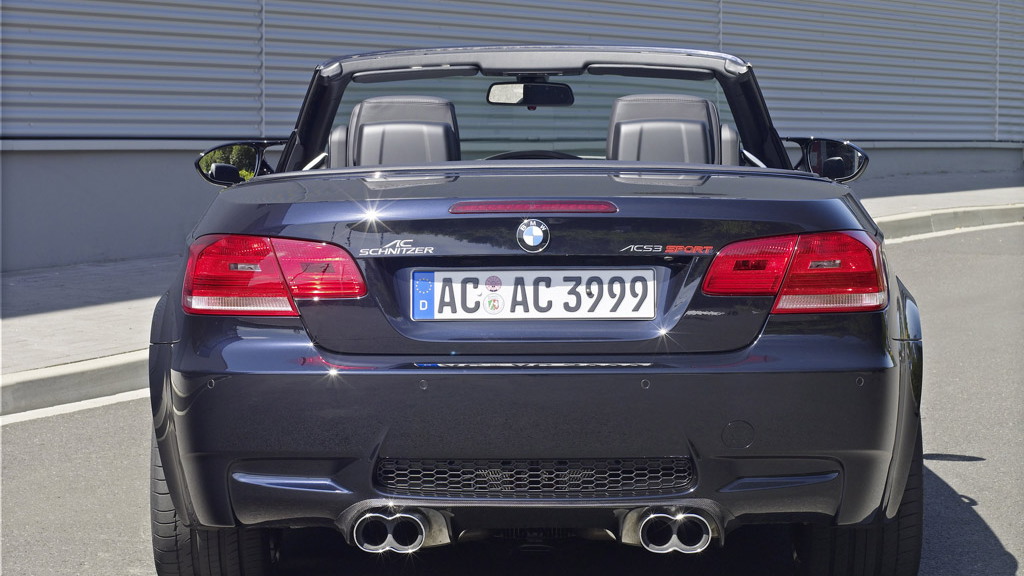 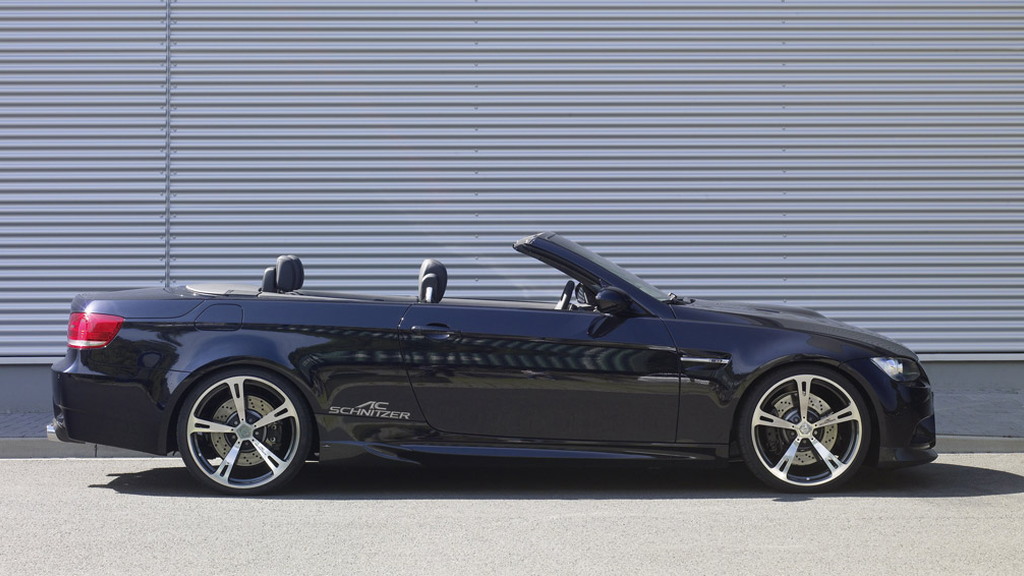 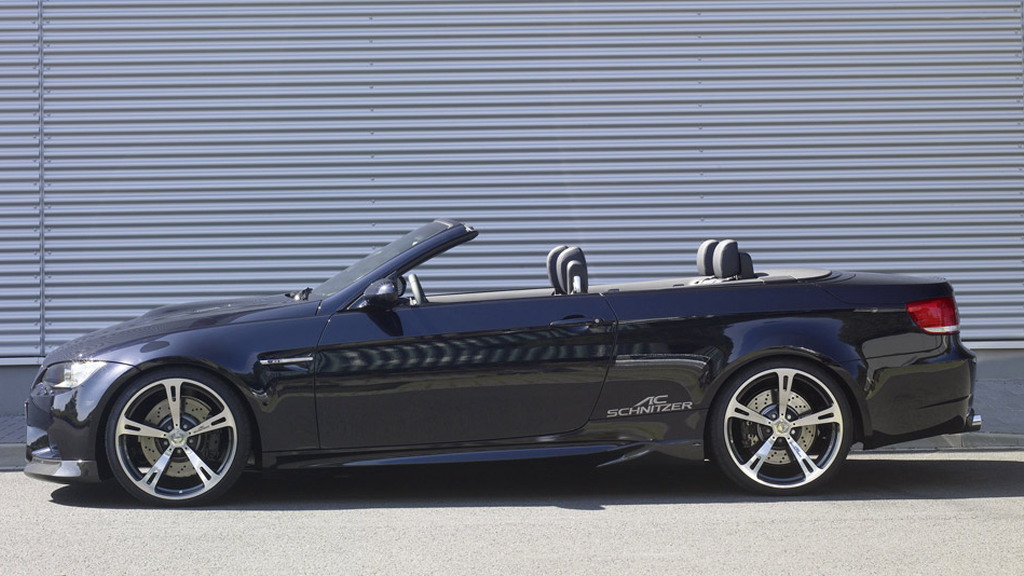 8
photos
Despite its M3 moniker, the BMW M3 Cabrio isn't the pure-performance beast its hard-top brother is. This is mostly due to the chassis stiffness disadvantage spawn from its roofless design as well as the necessary weight gain from the added reinforcements that attempts to overcome this. Still an impressive machine, it's somewhat less heretical to perform a purely aesthetic conversion to the more style-oriented drop-top as AC Schnitzer has done with its rebranded ACS3 Sport Cabrio.

The engine is untouched, but with 420hp (309kW) it's hard to complain. Instead, the German tuner has focused on boosting suspension performance and improving the appearance with a new bodykit and large, custom wheels. A chrome grille insert adds to the effect, while a carbon-fiber lip spoiler gives the front end a high-tech edge.

The oversized wheels are 20in Type V units, with five widely-spaced spokes to give a clear view of the eight-pot brake calipers fitted as part of the package. A carbon rear diffuser smooths out the underbody airflow to reduce lift, and the silencer and tailpipes at the rear of the exhaust give the car a strong note.

Inside the cabin, much is left intact from the generally excellent BMW design, though aluminum accents are added to the handbrake handle, pedals, gear shift and i-Drive controller. Other interior elements are enhanced with carbon-fiber, while optional extras include sports steering wheels fitted with airbags and custom velour floor mats.