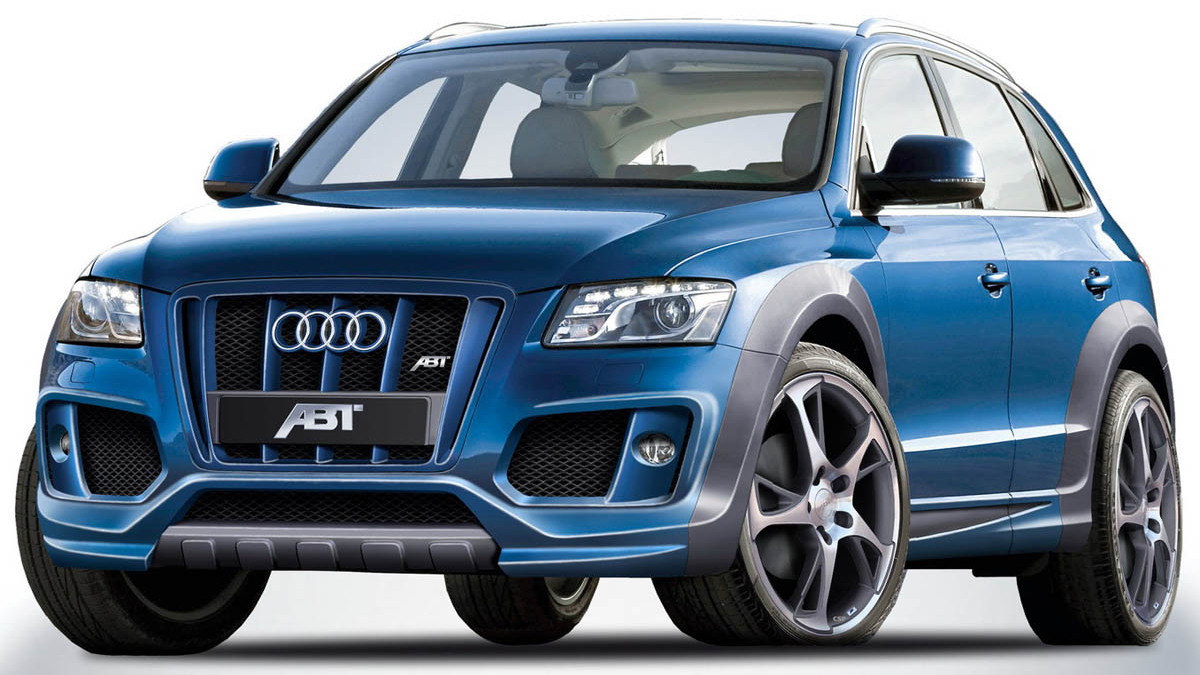 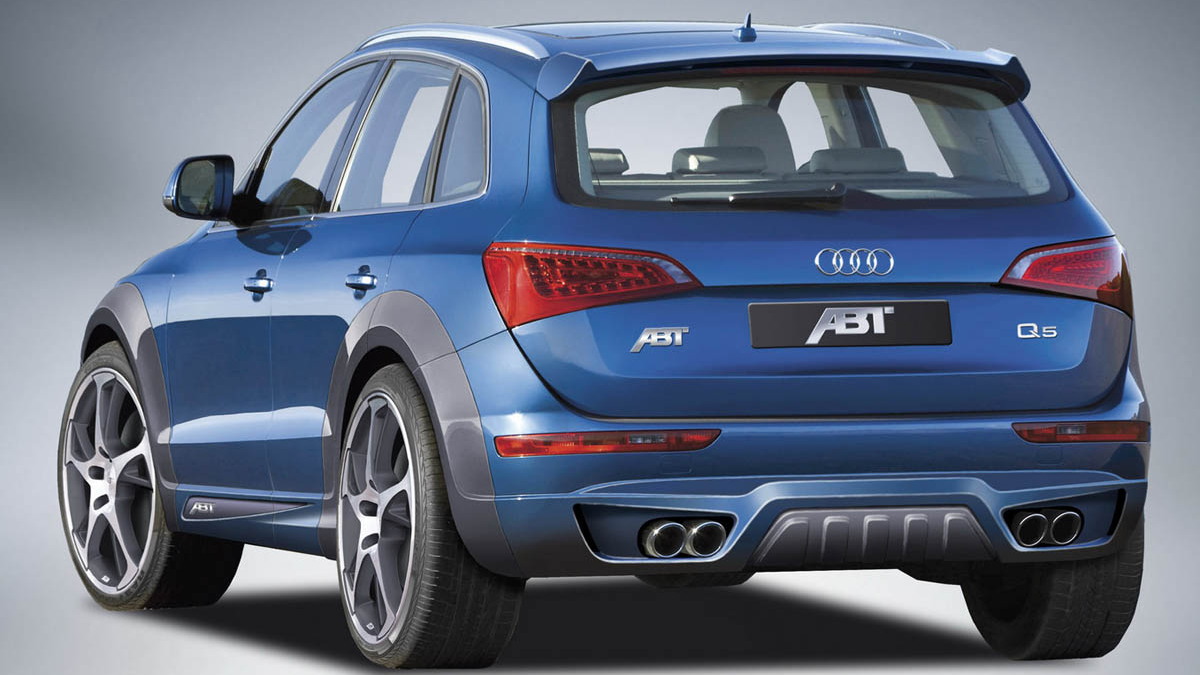 3
photos
German tuning shop Abt Sportsline is run by a family that has become synonymous with motorsport in its home country, and so it's no wonder their products reflect that heritage. The Abt Audi Q5 builds on the already strong base vehicle with more power and a handful of styling tweaks to present a much more aggressive appearance.

But more power isn't the whole picture, as Abt adds a full body kit, including dramatic front and rear aprons with massive air-management systems. An integrated under-body protection element for the front apron also adds a degree of practicality to the package. The rear fascia also houses a new four-pipe exhaust system, tuned for performance and sound, while 20-inch wheels remove almost any semblance of fender gap.

Brakes and suspension also get upgrades to help handle the added power and deliver a lower, sleeker look. A new spring package, electronically lowered CDC air suspension and a lower Abt Level Control setting all combine to bring the car's center of gravity earthward. A new Abt-designed brake system includes 380mm discs to bring the show to a halt in a hurry.

The first Abt-tuned Q5s will be on the streets in early 2009.